Ten of the Best: Roleplaying Games Whether your alter-ego is a hapless bank robber, doomed investigator of the paranormal or tech-obsessed hacker, there’s an RPG out there for you

Whether your alter-ego is a hapless bank robber, doomed investigator of the paranormal or tech-obsessed hacker, there’s an RPG out there for you. Here are ten roleplaying titles you shouldn’t pass up the chance to play 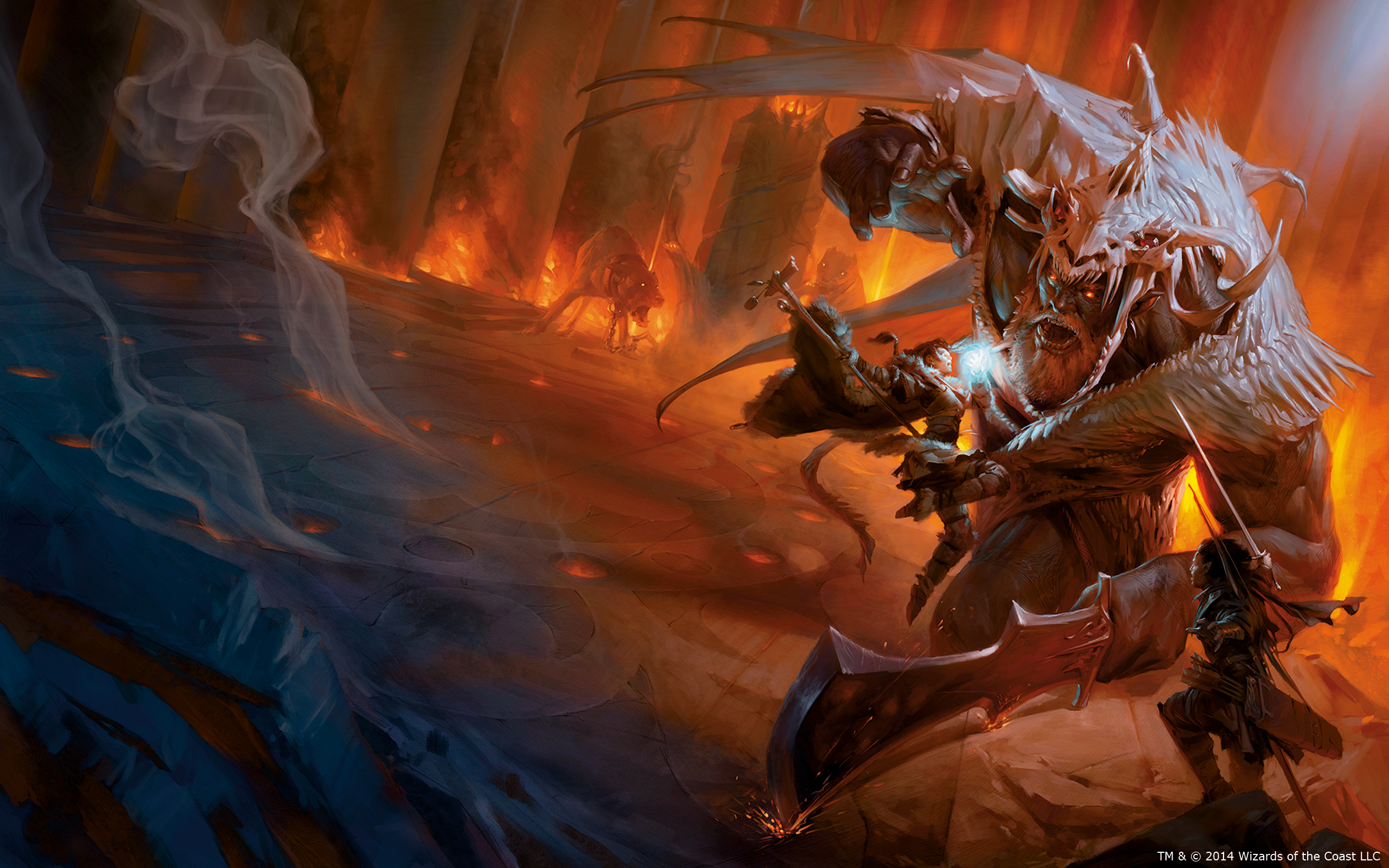 Let’s get this one out the way first, shall we? Dungeons & Dragons is the obvious choice, but it’s the obvious choice for a reason. Flexible, simple to get to grips with and backed up by more than four decades of supplements and adventures, the world’s biggest RPG has never been better or easier to get into for newcomers thanks to its fantastic fifth edition and a slew of new digital tools to help first-time heroes jump straight in.

Play if you like: Fantasy, magic, never being short of new quests, Satan (just kidding) 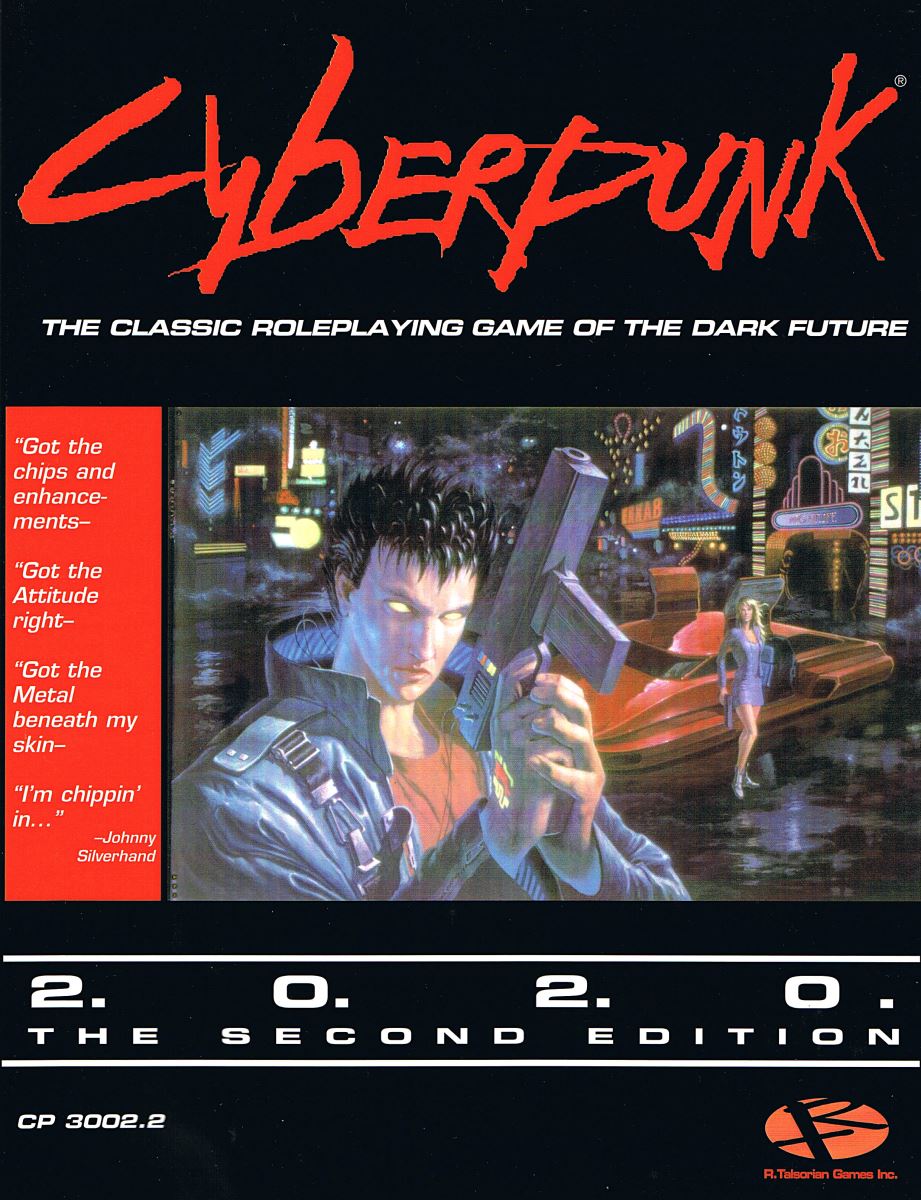 First released in the late ‘80s at the height of the gritty sci-fi sub-genre rooted in sex, drugs and (virtual) rock ‘n’ roll, Cyberpunk was a shot of adrenaline wired directly into players’ nerves. Among the diverse characters players can create are hackers and mercenaries able to augment themselves with advanced tech – although the blurring of lines between human and machine often plays into the drama, especially as the combat sticks to a realistic approach that means characters remain vulnerable to a single bullet. The original game was set in 2013, but later editions advanced the setting to 2020 and then 2030 as life caught up with art. As rich and rewarding as a Philip K. Dick story, Cyberpunk might well be the coolest game on this list – or indeed on the tabletop. 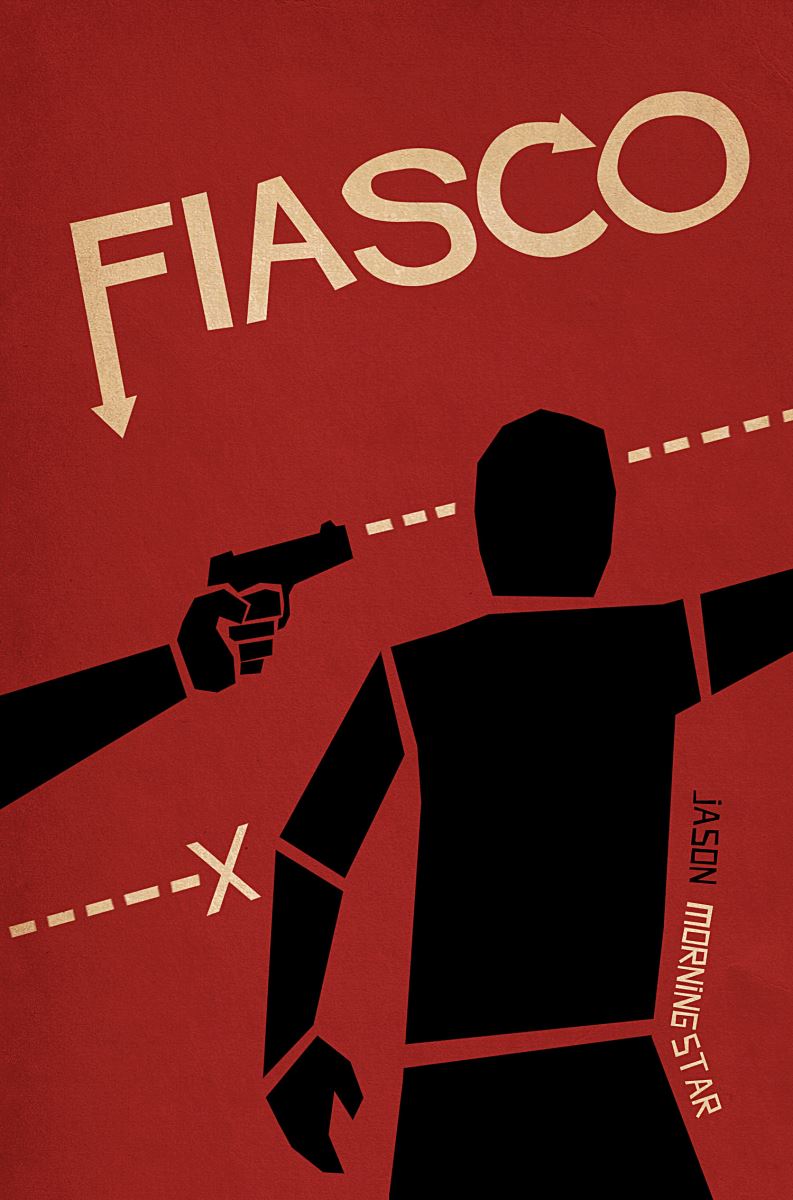 In every roleplaying campaign, things inevitably go awry. There are few games, however, where accidents and mishaps aren’t just part of the action – they are the action. Fiasco is inspired by tales about hapless criminals, capturing the black comedy and drama of films like Fargo in about the same amount of time as a movie without the need for a GM. There’s no preparation needed and the action is dictated by little more than imagination and six-sided dice, making it a great way for those looking for a first taste of roleplaying to have fun.

Play if you like: Screwing up without worrying about it, not having a GM, the Coen brothers 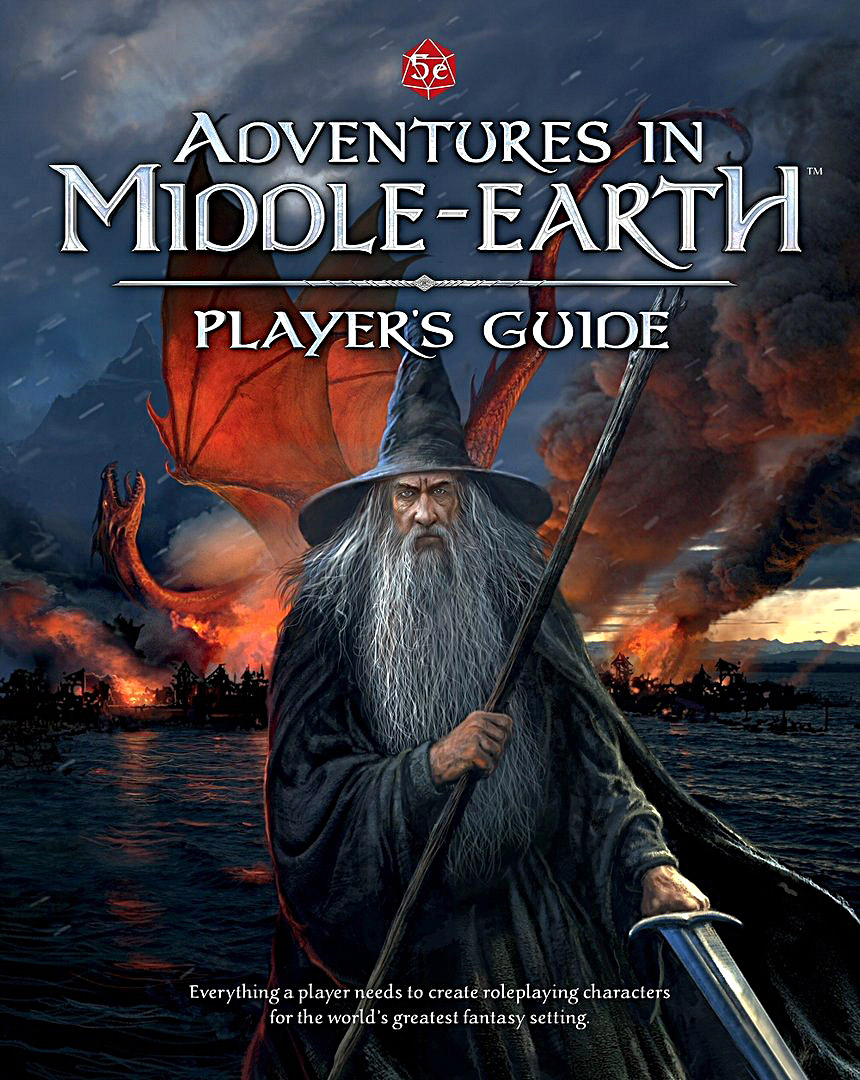 Although you’ll need Dungeons & Dragons’ fifth edition to use this Lord of the Rings-inspired set of books (earlier RPG The One Ring is a standalone option), there’s probably no better choice if you’re a diehard fan of Tolkien’s momentous fantasy series. Set just after The Hobbit, Adventures in Middle-earth’s Player’s Guide provides all the rules needed to create characters rooted in the lore of the world, while the various supplements bring even more races, creatures and locations to your campaign. There are several other changes to D&D’s formula too, swapping alignment for corruption (all players are good) and introducing extra tips for journeys and advice on forming your own fellowship, but combat and much of the D&D foundation remains the same, making it just as easy to get started.

Play if you like: Tolkien, D&D, being a goodie, hairy feet, the precioussss 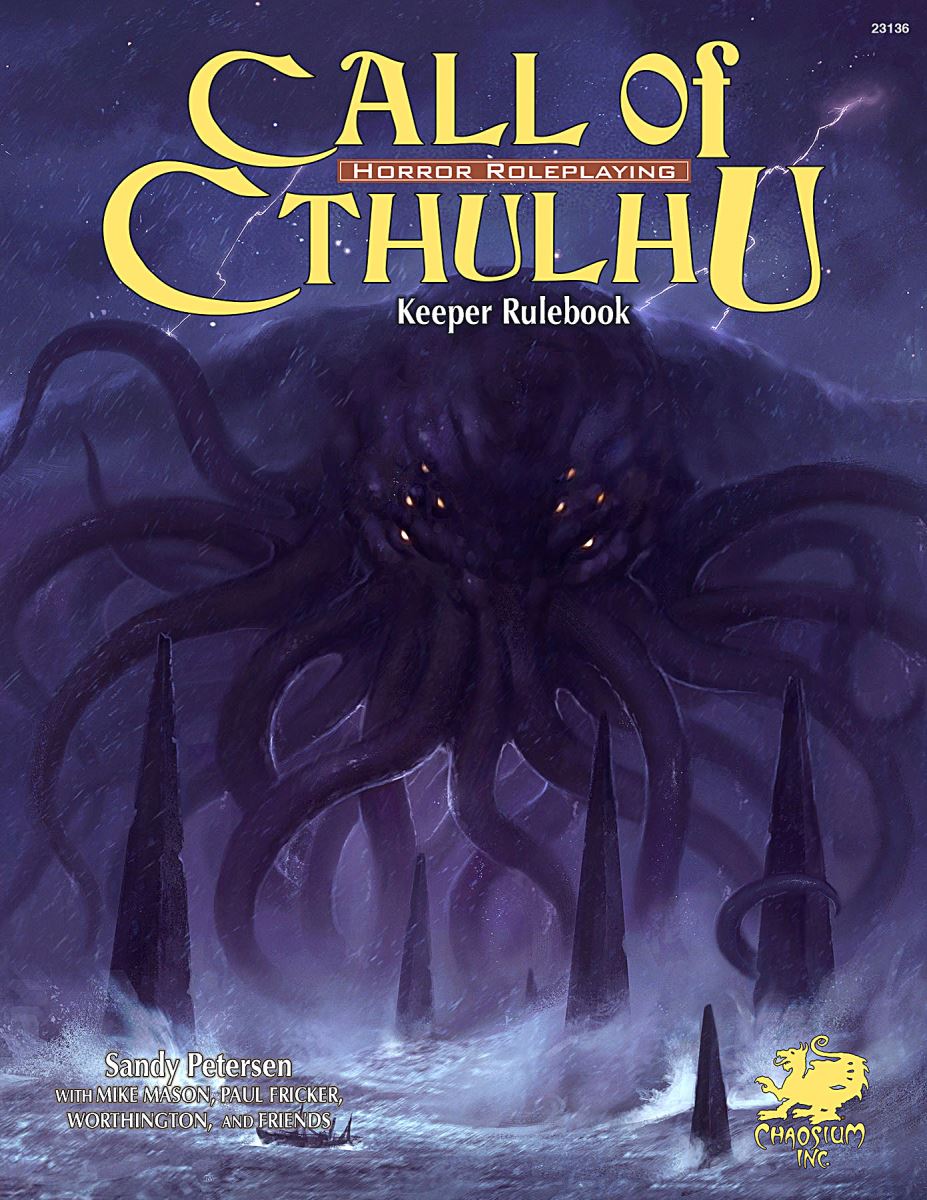 The ultimate horror RPG, Call of Cthulhu is a stone-cold classic of the tabletop. Set in the world of terrifying cosmic monsters and murderous occultists created by H.P. Lovecraft, Call of Cthulhu differs from so many roleplaying games by making players’ investigators physically and psychologically fragile as they delve into the forbidden knowledge of the unknown. Characters don’t have classes; instead, they’re just like regular humans with occupations and particular skills trying (often in vain) to stop the world’s destruction. Often this means that players spend hours attempting to solve a mystery only to end up dead, insane or worse, but Call of Cthulhu makes failure so fun it’s easy to see why it continues to be so popular more than 30 years after it debuted. The most recent seventh edition fixes many of the issues of older versions, particularly surrounding combat, and there’s plenty of spin-offs and supplements available for fans, from the comic book-like Pulp Cthulhu to the Arkham Horror board games inspired by the original RPG.

Play if you like: Scary movies, Lovecraft, mysteries, going insane (it’s more fun than it sounds) 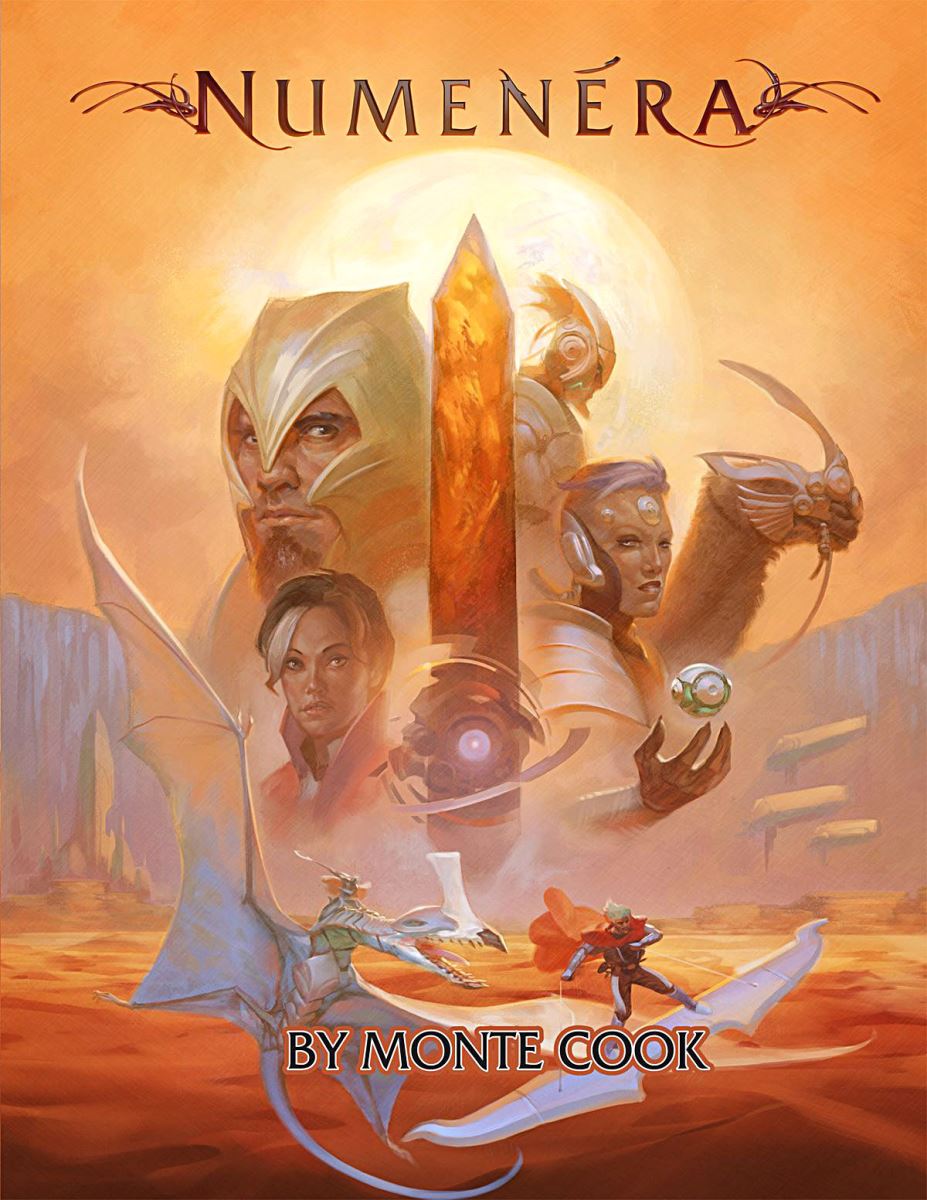 Set on our Earth, but in a far-flung future approximately a billion years from now (so, a while), Monte Cook’s sci-fi creation boasts a captivating setting and refined d20-powered gameplay that has quickly made it a modern smash hit. Players’ characters are created using a simple system that uses a single sentence to outline their personality, background and skills before heading out into the Ninth World and discovering its mixture of fantasy tropes filtered through imaginative science-fiction. After inspiring everything from a video game and short film to a series of novels and other board games, a sequel to the game is planned for release later this year, but it’s still well worth revisiting the original. 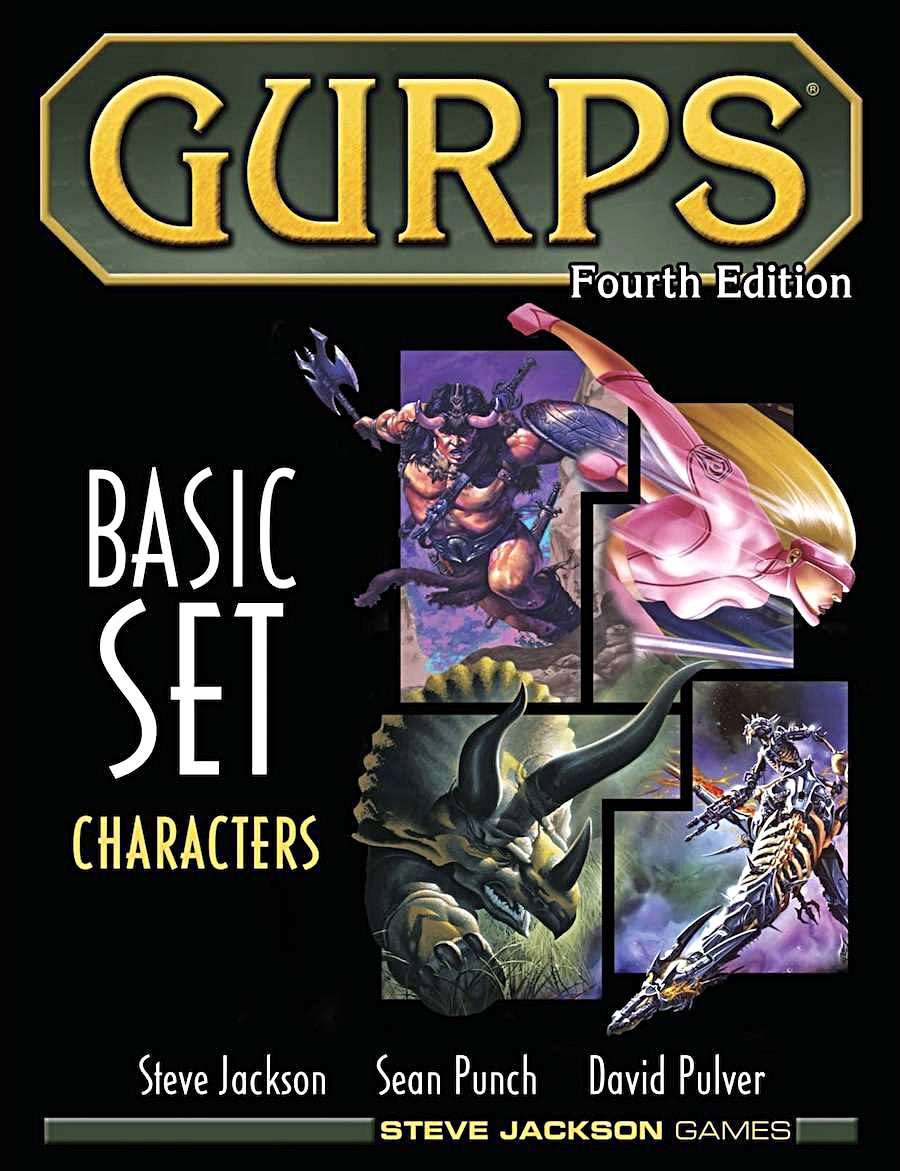 The Generic Universal RolePlaying System is one of the most versatile RPGs around, offering a flexible set of rules that can be used to roleplay in pretty much any setting or genre you can think of. Characters are defined with a set of basic traits and then a set of advantages and disadvantages that help to give them realism and balance – for instance, a particularly clever character might also have a drinking problem. GURPS might require a little more effort to get going than some of the other entries on this list because of the scope and complexity of its one-size-fits-all approach, but if you’re looking for a single game that could be used for everything from a gunslinging cowboy adventure to a planet-hopping space opera, it’s got you covered.

Play if you like: Thinking of ideas that others don’t have, playing exactly the way you want to, literally anything 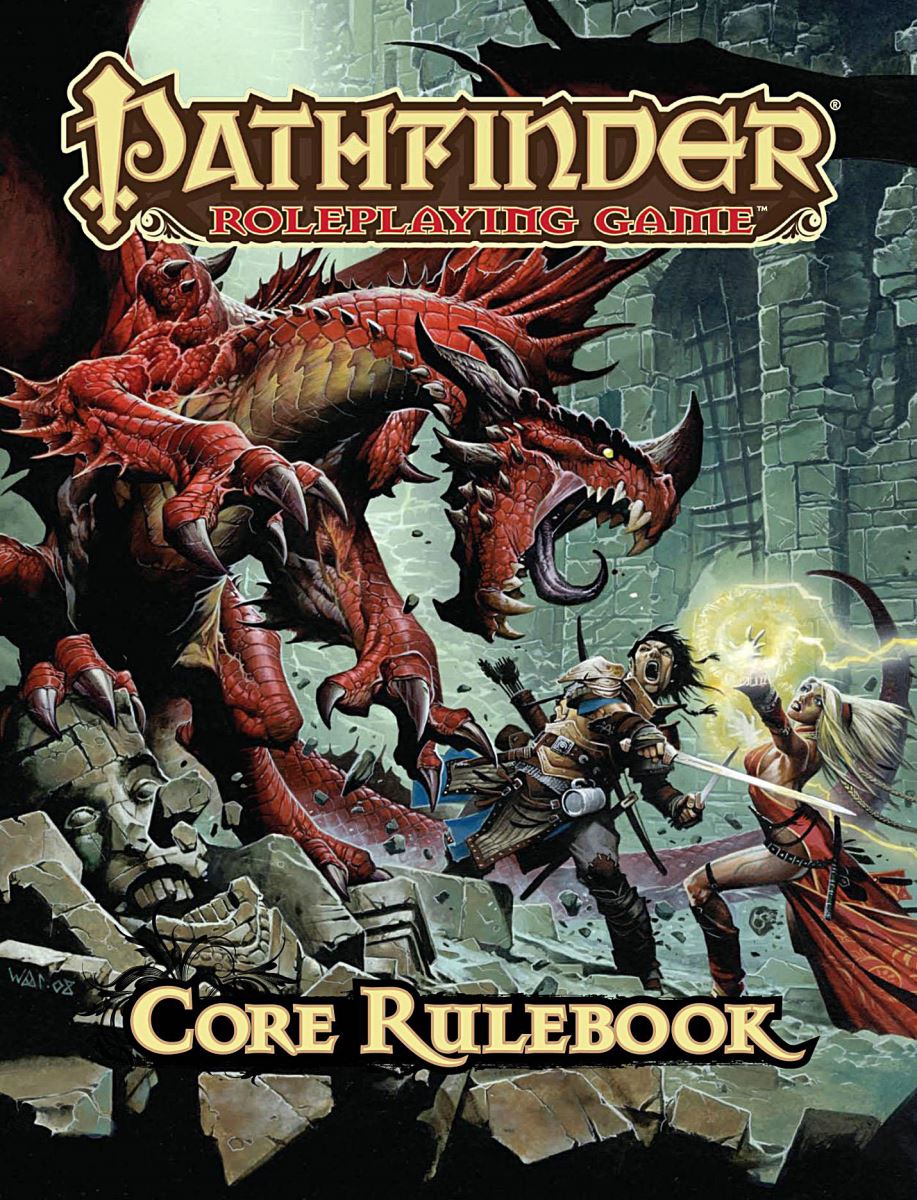 Based on the third edition rules of Dungeons & Dragons (and therefore backwards compatible with many of its supplements), Pathfinder was originally designed as a successor to the roleplaying favourite but quickly forged its own path with a unique approach to character creation, class progression and combat that saw it gather a massive following itself. The game has an essentially active community thanks to the Pathfinder Society and Adventure Path, a series of campaigns released as six monthly episodes. Pathfinder was followed up with a sci-fi sequel, Starfinder, last year, which takes place in the same expansive universe and adds in rules for spaceship dogfights and more.

Play if you like: D&D (but not quite), episodic storytelling, sticking with one character for a long time 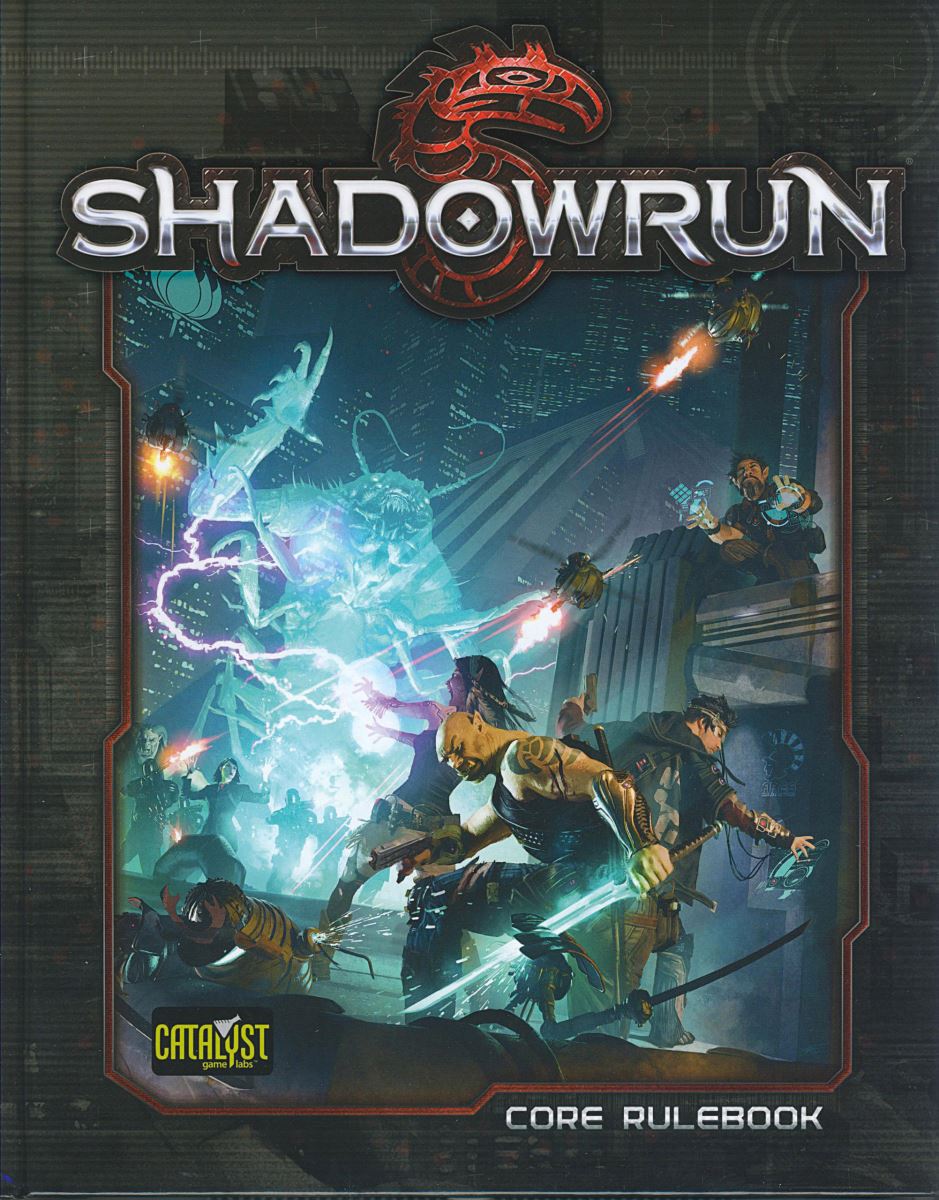 Combining the advanced tech of sci-fi with the magical wonder of fantasy, Shadowrun takes place in a world that has been inhabited by mythological creatures, leading to humans giving birth to beings such as elves, dwarves and more or transforming into orks and trolls. There’s often a cyberpunk edge to the action, with underground hackers working together to break into megacorporations – although sometimes they’re simply working for a rival company. Shadowrun’s incredible setting has been the source of endless inspiration for players and creators alike, spawning dozens of novels, other games and more – so if you’re hooked, there’s no shortage of ways to dive even deeper into the world.

Play if you like: Fantasy and sci-fi together, Android: Netrunner, cyberpunk 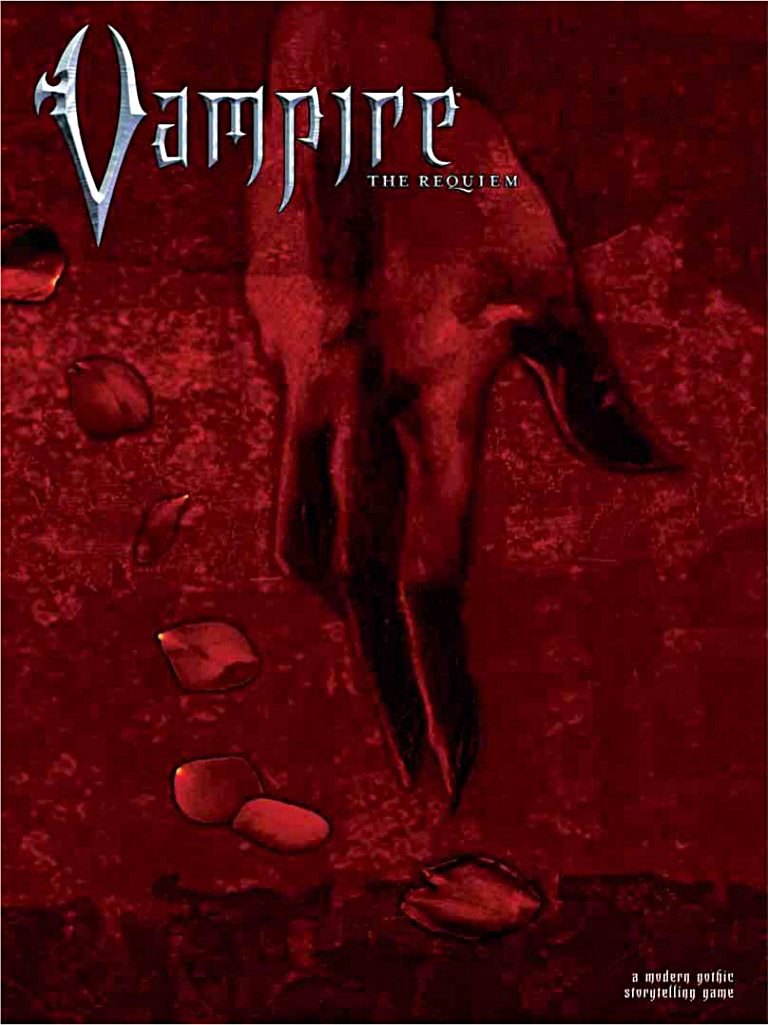 Flipping the typical RPG setup, in Vampire players are the monsters, embodying the undead personalities of blood-sucking kindred in the moody, atmospheric World of Darkness that would go on to serve as the backdrop to RPGs based on other classic horror creatures such as Werewolf, Mummy, Demon and Wraith. Vampire moves away from many of the clichés of vampire stories, exploring the idea of a civilisation of clashing vampire clans hidden in modern-day cities. Both a ‘classic’ game – The Masquerade – and updated sequel The Requiem are still available, with a fifth edition of The Masquerade due out early this year and introducing a focus on ‘you are what you eat’ mechanics.

This article originally appeared in the January 2018 issue of Tabletop Gaming. Pick up the latest issue of the UK's fastest-growing gaming magazine in print or digital here – or subscribe to make sure you never miss another issue.