Ten of the Best: Quiz and trivia games Test your knowledge in our top 10 quiz and trivia games

Question: who doesn’t love a battle of minds? Answer: Nobody, of course! Prove you’re a regular clever-clogs and font of pop culture knowledge with these brain-busting delights 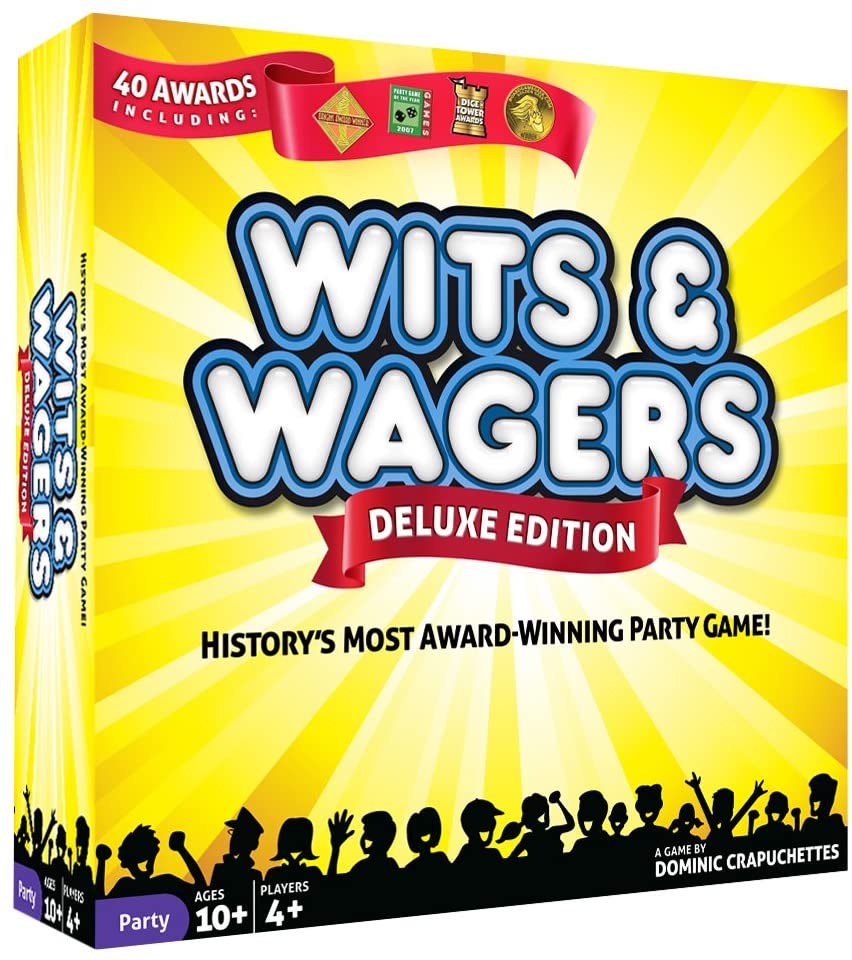 As much a quiz as it is a clever bidding game, you don’t need to know the answer in Wits & Wagers – you just have to be able to make a decent guess without going over! Bid on your correct answers (or other players’) and you’ll get a payout based on the question’s odds. Fast, fun and playable with a big crowd, it’s a sure bet.

Q: What is the fewest number of moves that it takes to solve any Rubik’s Cube? 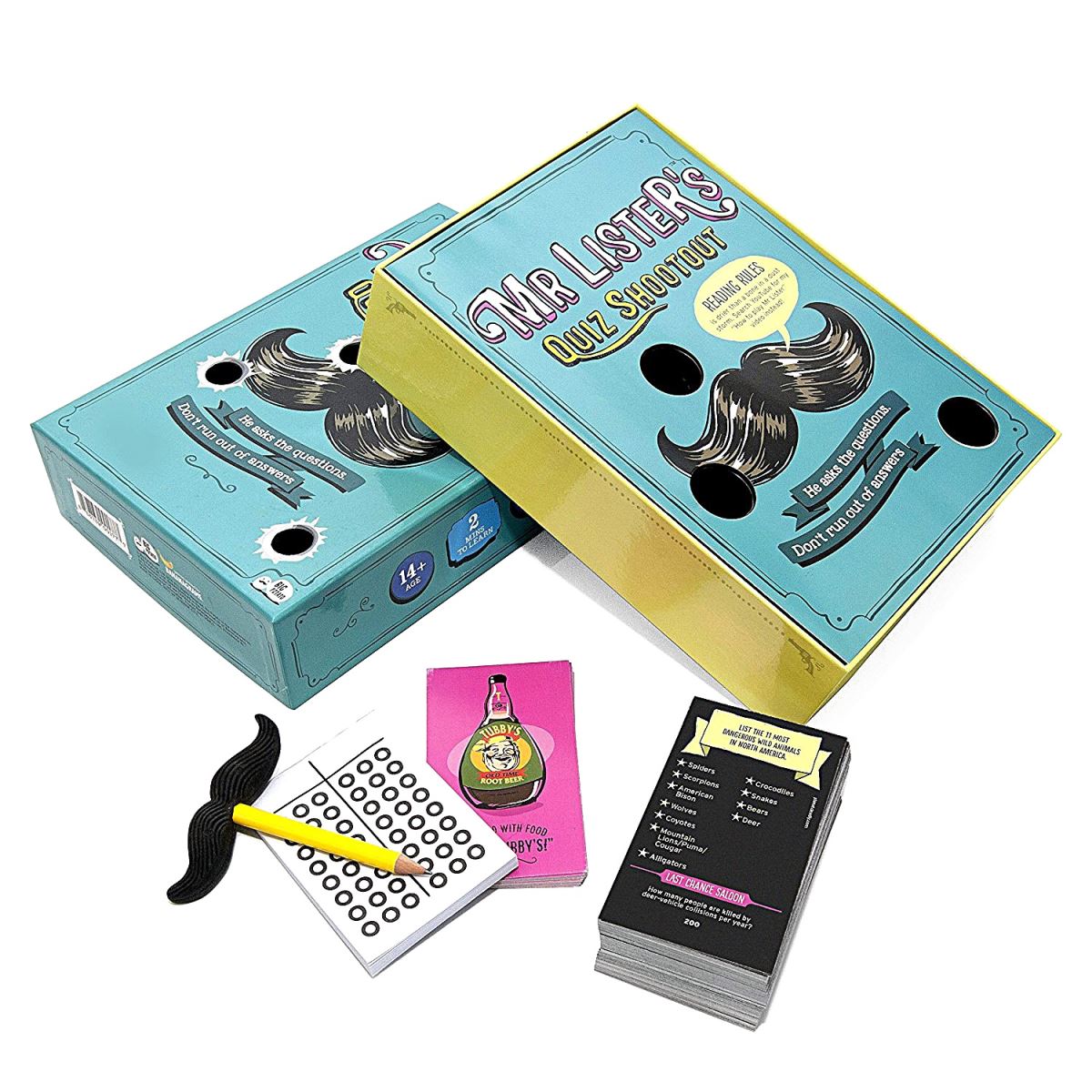 A party game that hits the bullseye, Mr Lister has two teams exchanging shots in response to questions with list of answers. The first team to miss loses the shootout – and draws are settled with a quickdraw tie-breaker. 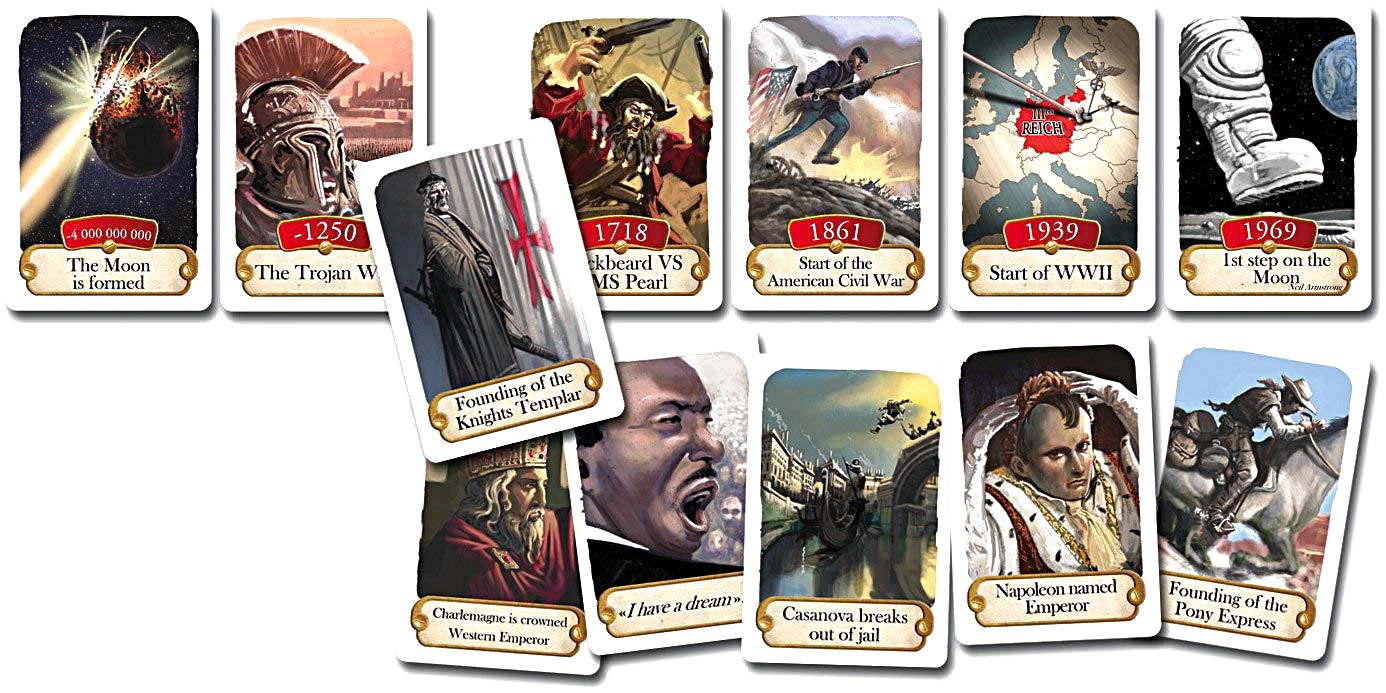 Not a game for those who struggle with remembering dates, Timeline features a deck of cards full of historical events. It’s your task to try and put them in order, taking turns to insert a card into the increasingly crowded row. Put one in the wrong place and you’ll have to draw a new card; the first to empty their hand wins. There’s a number of instalments in the series, from inventions to music and cinema – combine them together for the ultimate headscratcher.

Q: Put these inventions in order from oldest to newest: teabag, chronometer, camera. 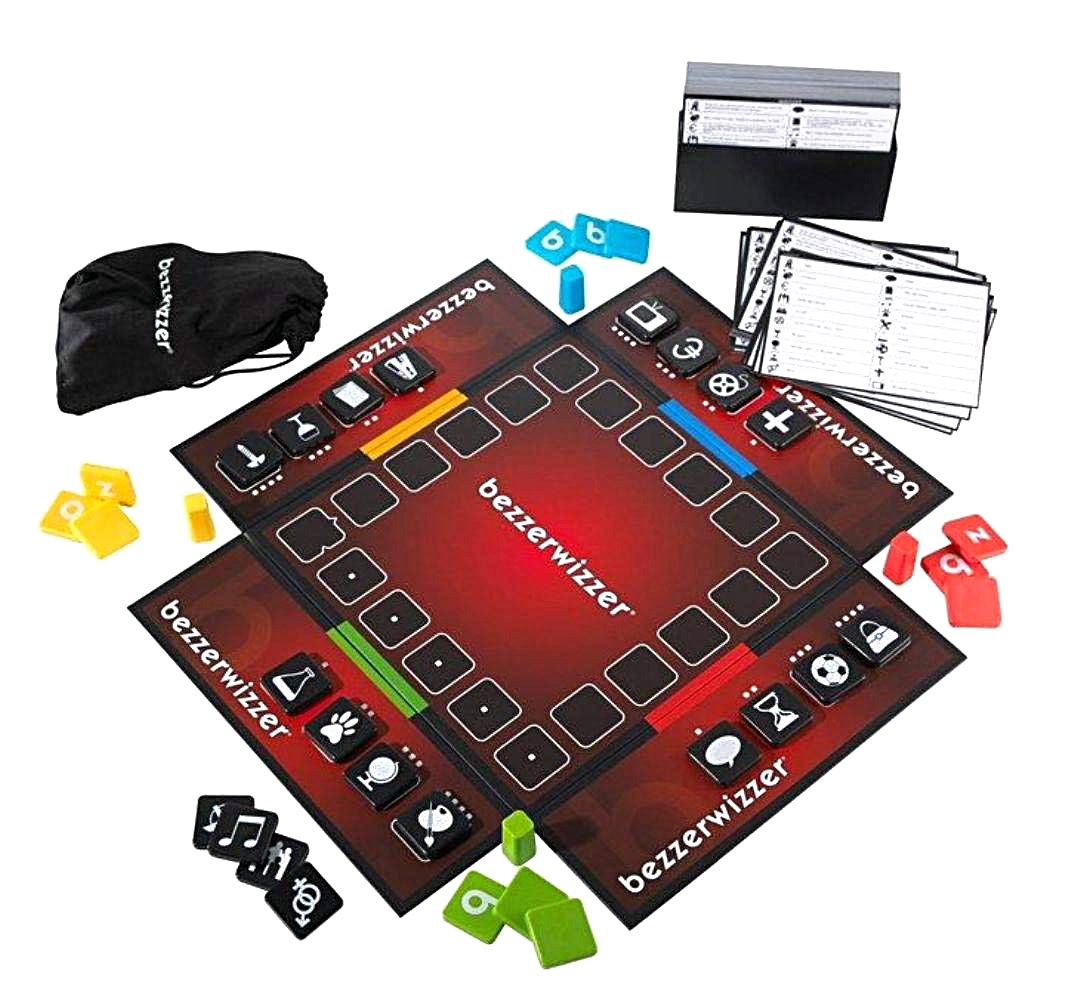 Taking its name from the German word for ‘know-it-all’, this trivia classic features a Scrabble-like bag of tiles that mainly feature question categories rather than letters. Each player or team draws a handful and arranges them in the order they think matches their knowledge, earning more points for correct answers to do with the topics they feel confident in. A few special tiles add the chance to swap tiles or steal another player’s question for extra points. From there, it’s a race to the finish line.

Q: Which of the original Seven Wonders of the Ancient World was created to cure Nebuchadnezzar’s wife’s homesickness?

A: The Hanging Gardens of Babylon.

Buy your copy of Bezzerwizzer here. 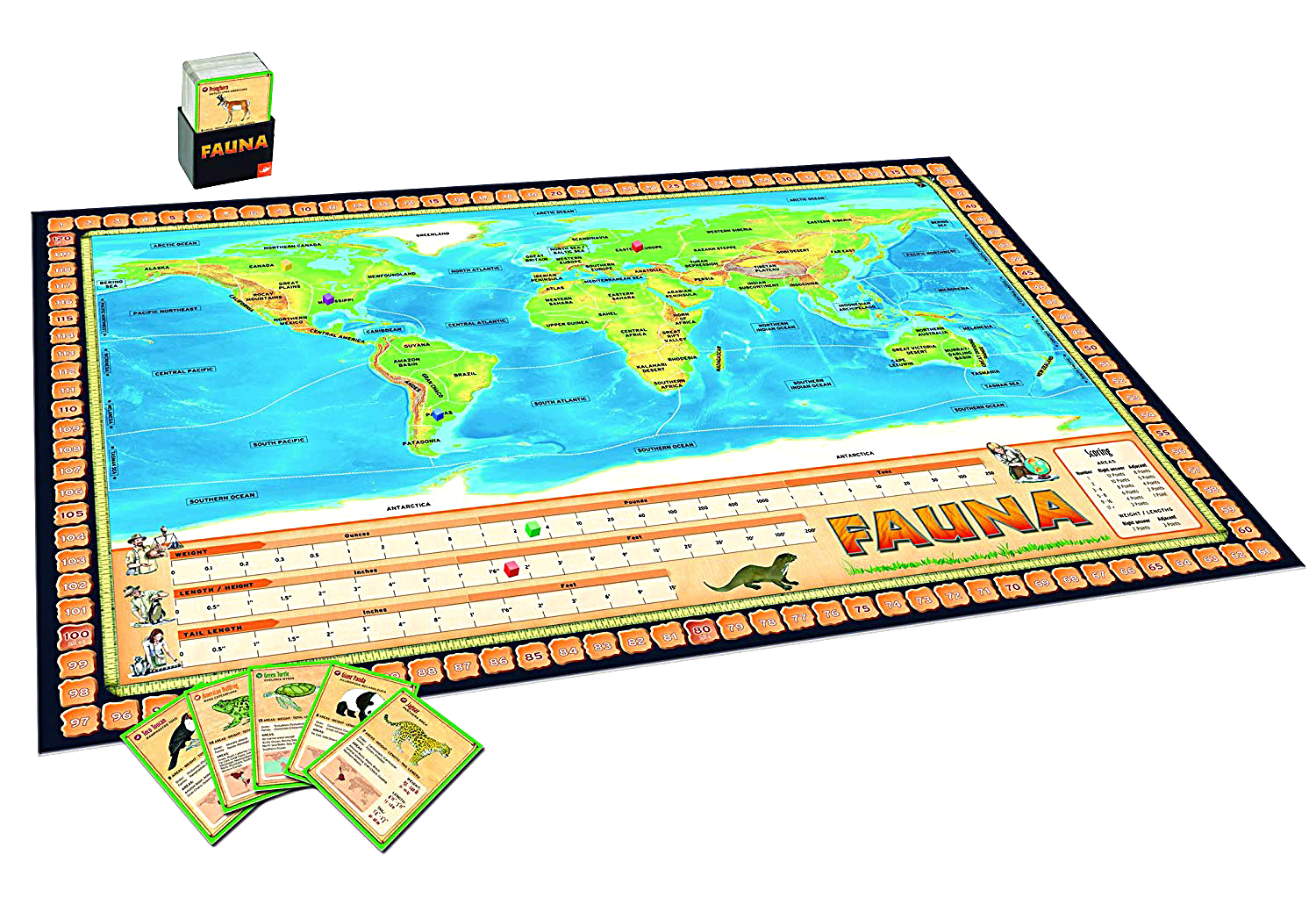 What do you get when you combine the designer of the intense Eurogame Power Grid, Friedemann Friese, with animal trivia? Fauna: a quiz game for gamers. Mixing in elements of bidding, bluffing and area control with knowing your animal facts, it’s a seriously smart spin on the typical trivia experience as players bet on where each revealed animal lives and its size. But only one player can occupy each space, so it’s a competition to get it dead on!

Q: How much does a typical bison weigh and where can it be found? 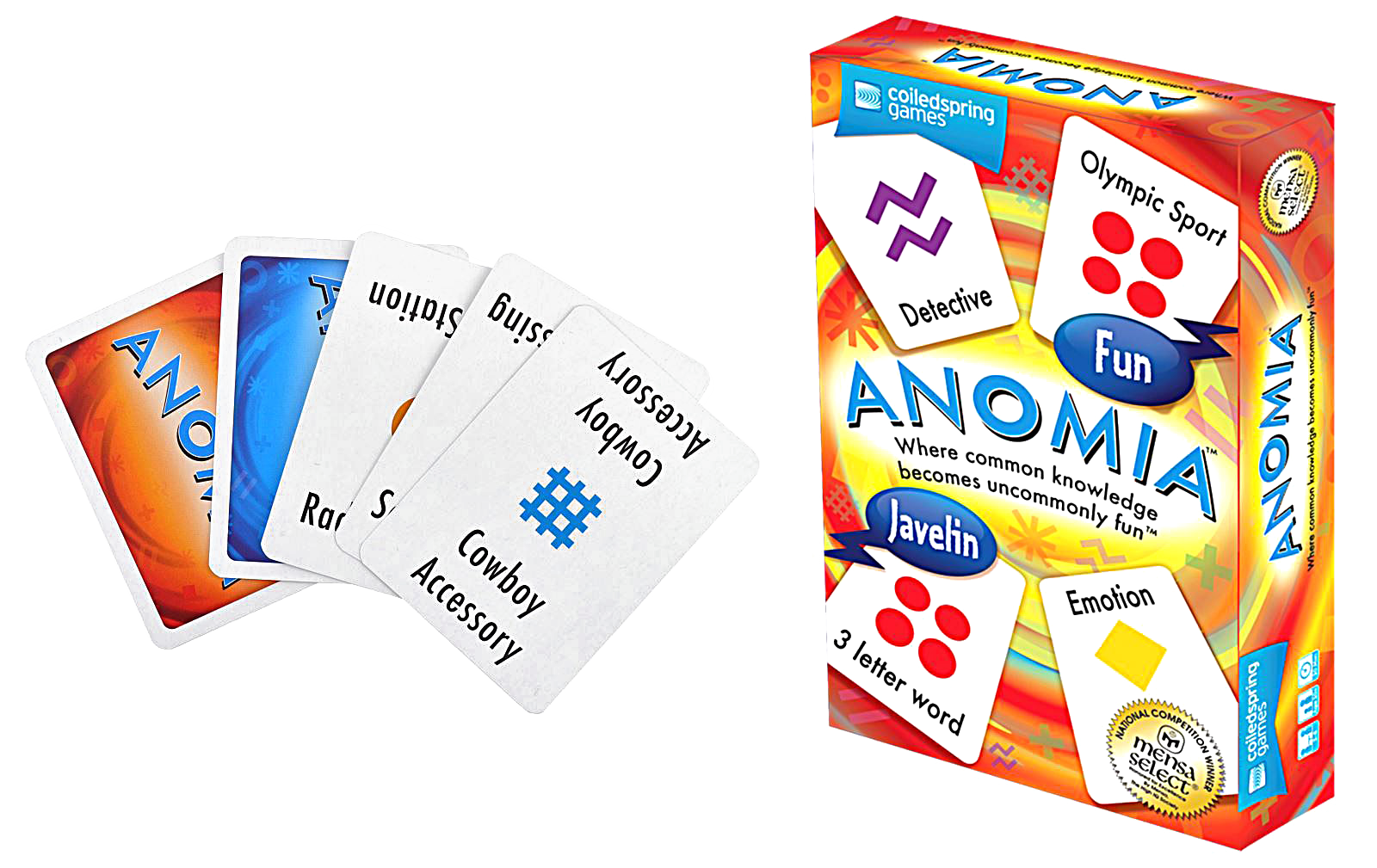 A fast-playing party card game for people stuffed to the brim with random information, Anomia works a bit like Snap, but when two cards match the players must race to name something to do with their opponent’s category first to claim the card. Wild cards and the chance to combo matches together make for a quick and entertaining time – best brush up on your pop trivia.

Buy your copy of Anomia here.

Taking quizzes back to their basics but with a twist, Linkee is all about questions. You’ll be given four of them to try and get right, but there’s a fifth answer to discover that ties all of the answers together. The first person to work it out and shout ‘Linkee’ nabs the card, which has a letter on it. Collect the right cards to spell the name of the game and you win!

Q: Name the mythical firebird that is also the capital of Arizona – and the magical children’s best-seller it lends its name to. (Clue: it’s number five in a certain series.)

A: Phoenix, and Harry Potter and the Order of the Phoenix

Buy your copy of Linkee here. 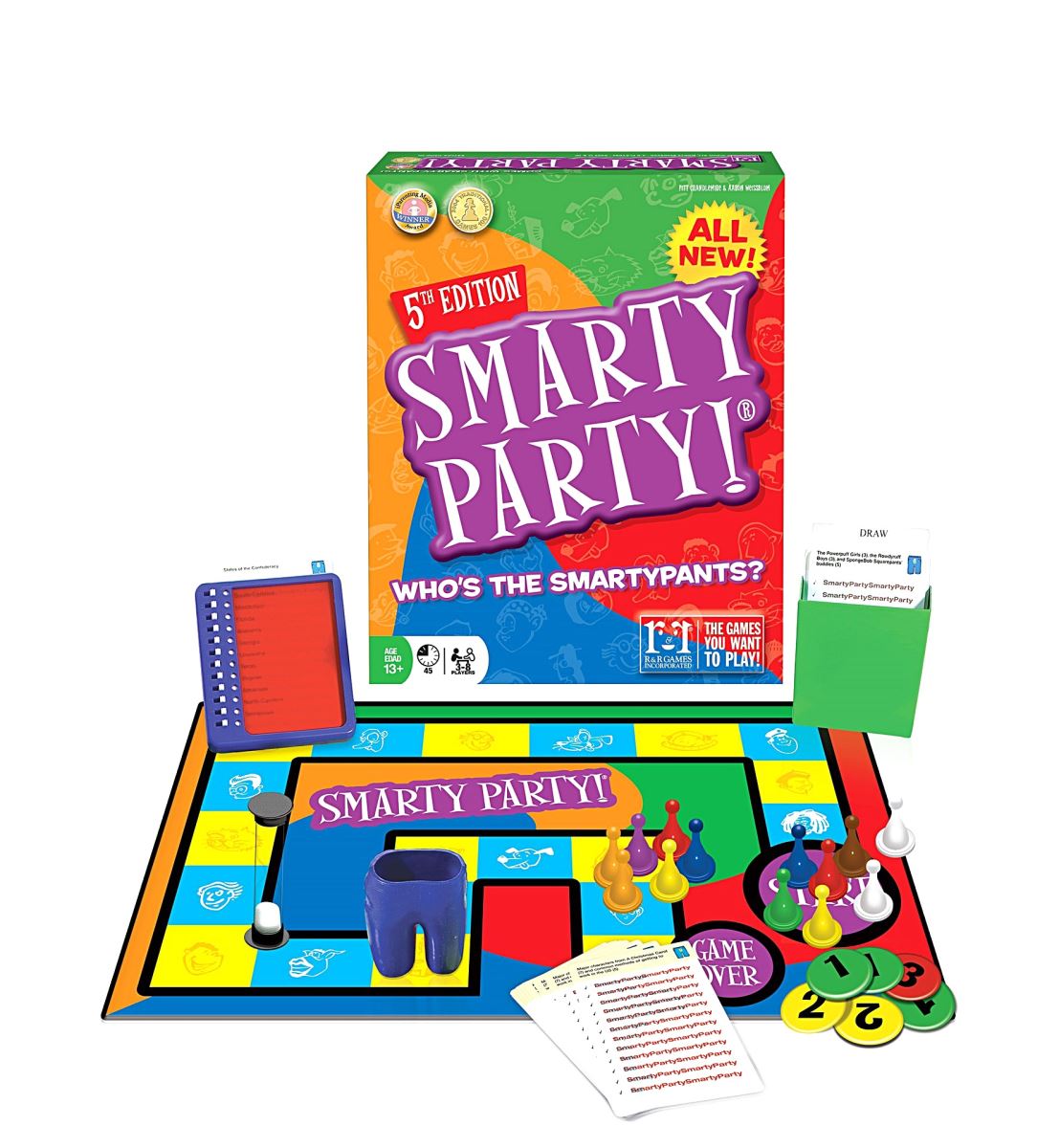 What if quizzes were less about getting the questions right, and more about not getting them wrong? Smarty Party! does exactly this with a head-to-head contest to continually name items on a list relating to a question – offer a wrong guess and you’ll get a penalty token. Get one right, though, and you’ll earn the smarty pants used to cancel out a token. The round keeps going until all the tokens are handed out or the list is finished, with tokens moving players along a score tracker – the person who earns the least penalty points can officially call themselves a smarty-pants. Until the next match, that is.

Q: What are the top three selling construction/building toys?
A: Lego, Duplo, Megabloks. 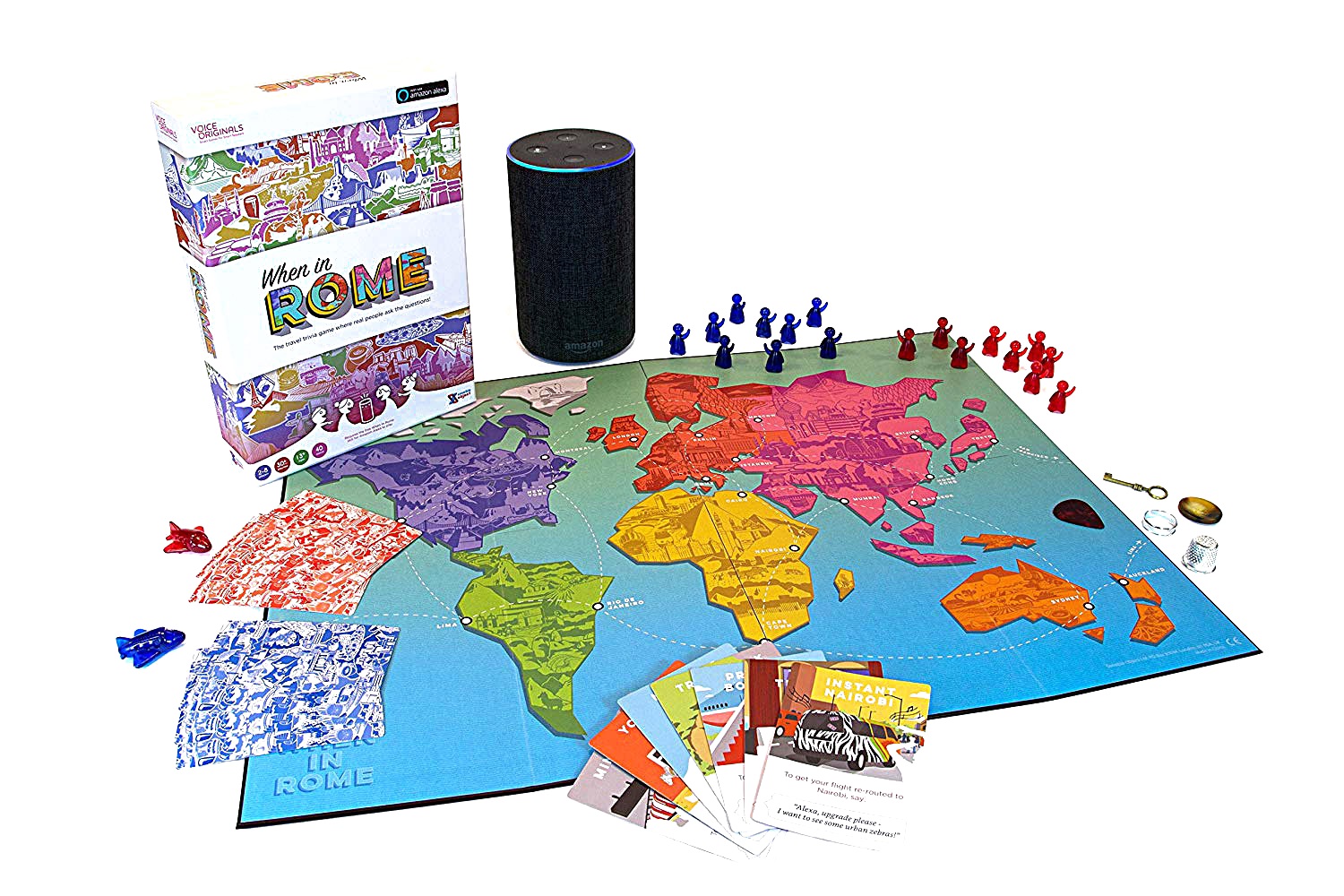 Transforming smart speaker AI Alexa into a quizmaster so everyone can have a shot at answering, this tech-enhanced travel trivia game features real people asking a wide range of questions about their homes around the globe as players fly around a physical board to collect points, special ability cards and souvenirs. The questions come with plenty of banter (especially if you get the answer wrong) and the handy virtual assistant means it’s very easy to get going.

Buy your copy of When In Rome here. 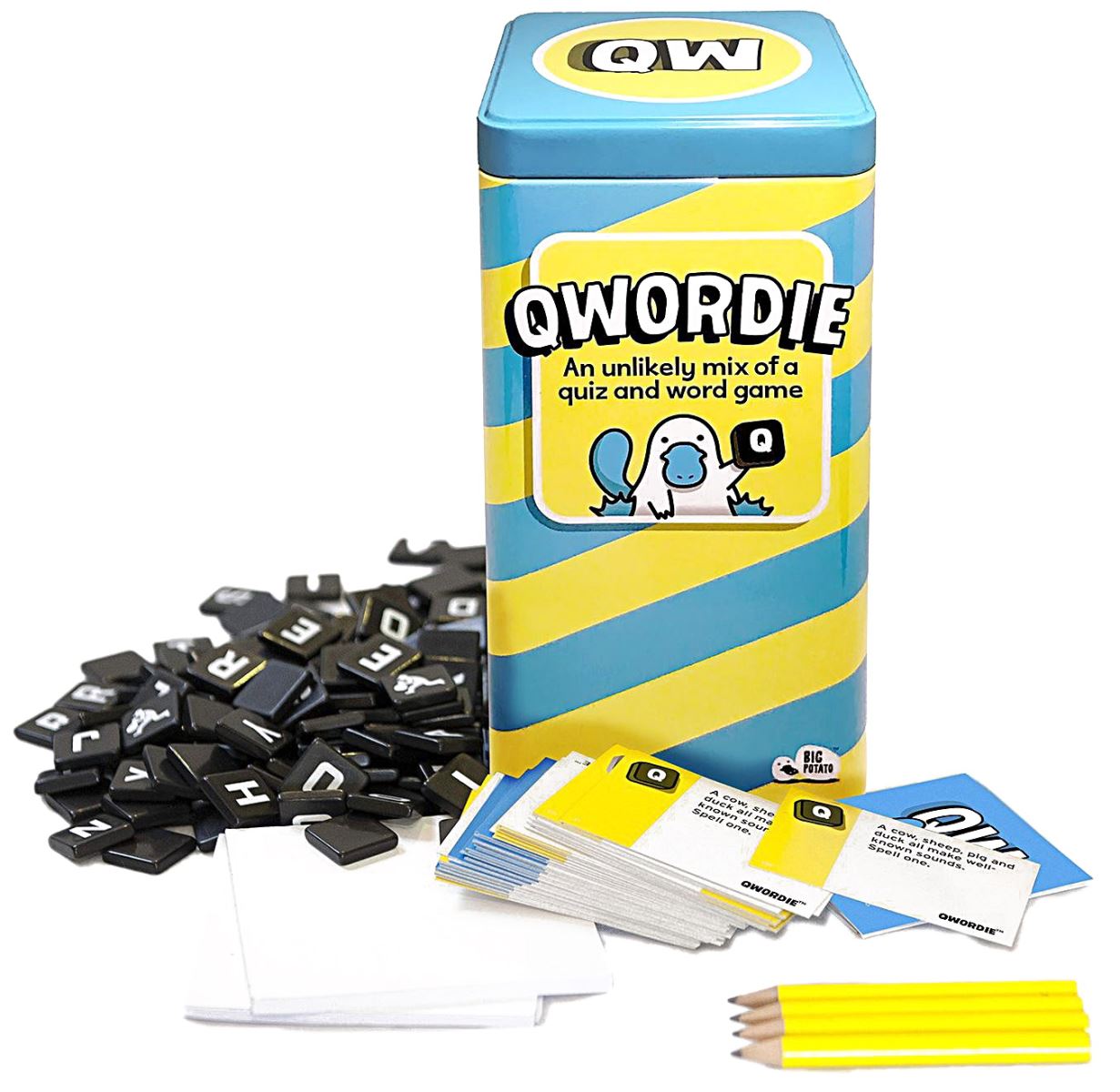 A quiz game crossed with Bananagrams, Qwordie isn’t just about getting the answer right, but being able to spell it using letter tiles, too! Luckily, its questions aren’t very hard, but they have multiple answers – using more letters and answering before your opponents means accelerating towards the finish line more quickly, but you don’t want to give your rivals a chance to answer before you…

Q: A cow, sheep, pig and duck all make well-known sounds. Spell one.

A: MOO, BAA, OINK, QUACK. (Hopefully you didn’t need our help with that one.)

Buy your copy of Qwordie here.

This article was featured in the August 2018 issue of Tabletop Gaming. Pick up the latest issue of the UK's fastest-growing gaming magazine in print or digital here – or subscribe to make sure you never miss another issue.