Ten of the Best: Movie and TV games From Game of Thrones and Star Wars to Thunderbirds and Firefly, we pick out ten of the best adaptations of silver- and small-screen hits

For more than half a century, board games have found ways to bring the cinematic world to life on the tabletop.

Whether they’re simply retelling the stories of their silver screen counterparts or finding new ways to expand their narratives, spin-off titles have remained one of the most popular ways for fans to immerse themselves further in the worlds of their favourite flicks – just look at the multi-million-dollar success of licensed Kickstarter projects for proof of that.

Sadly, this doesn’t mean that they’ve always been good; Alien, Jaws, Jurassic Park and RoboCop all stand as examples of stellar films marred by naff games.

Yet, the last decade has seen movie and TV tie-ins leap in quality, becoming some of the most acclaimed and cherished board games of all time.

Here’s our pick of ten of the finest film offshoots worth your time. 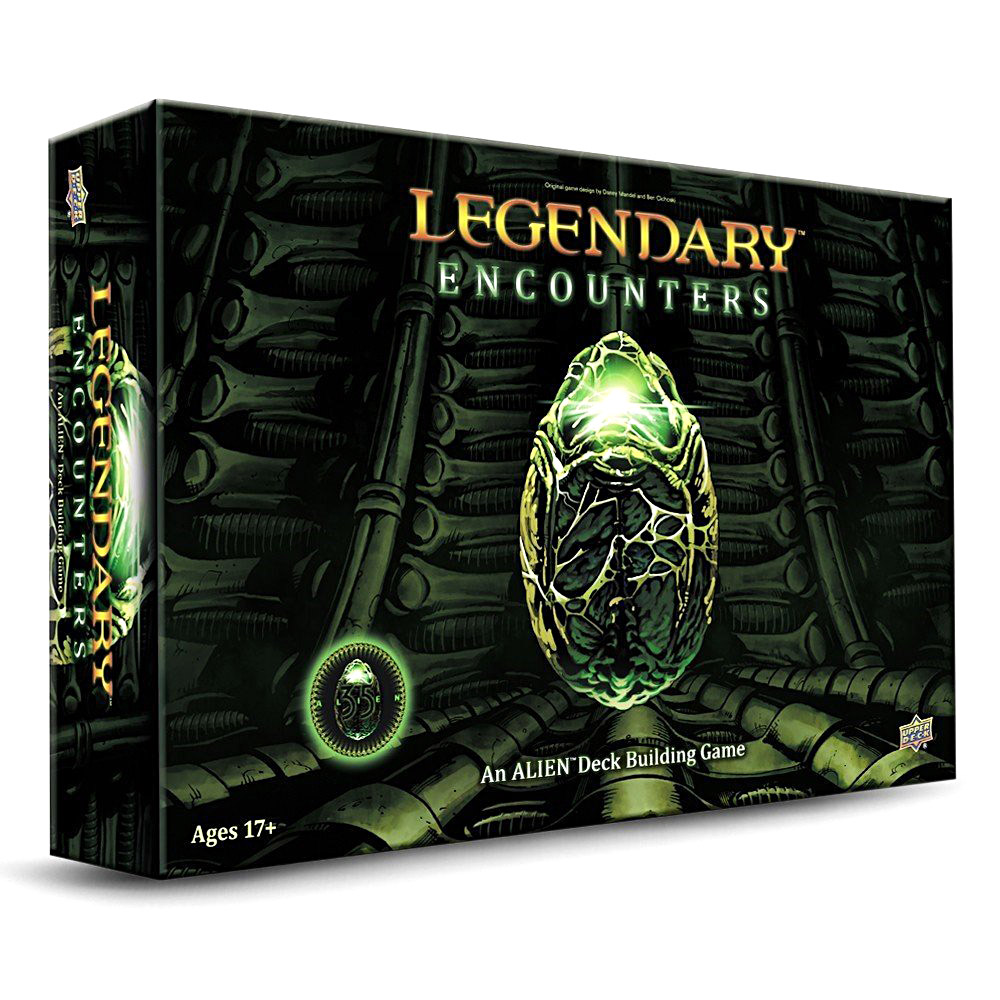 Spanning all four of the original sci-fi horror films (tough luck, Prometheus), the Alien entry in the Legendary family of co-op deckbuilders pits Ripley, Hicks, Bishop and crew against the terrifying Xenomorphs. Each turn, the humans reinforce their deck by purchasing cards from a shared HQ in order to blast away the acid-dripping nasties, capturing the tension, desperation and threat of the fight for survival like no other Alien-related board game has before or since. It’s worth mentioning that the set can be combined with its Predator-based counterpart for an Aliens vs Predator-style mashup. (Though the less said about that film, the better.)

Forced to limit ourselves to just one Star Wars game on the list (the excellent X-Wing, Armada and Imperial Assault are all worthy contenders), Rebellion stands out for capturing the galaxy-wide scale of the clash between the Empire and Rebel Alliance during George Lucas' original trilogy. The Empire is hunting for the Rebel base and harnesses the might of stormtroopers, TIE Fighters, Star Destroyers and the Death Star (represented by over 150 gorgeous miniatures) to conquer planets – or even obliterate them entirely. Meanwhile, the nimble Rebel forces try to survive long enough to unite the galaxy to their cause and cause an uprising against Darth Vader. 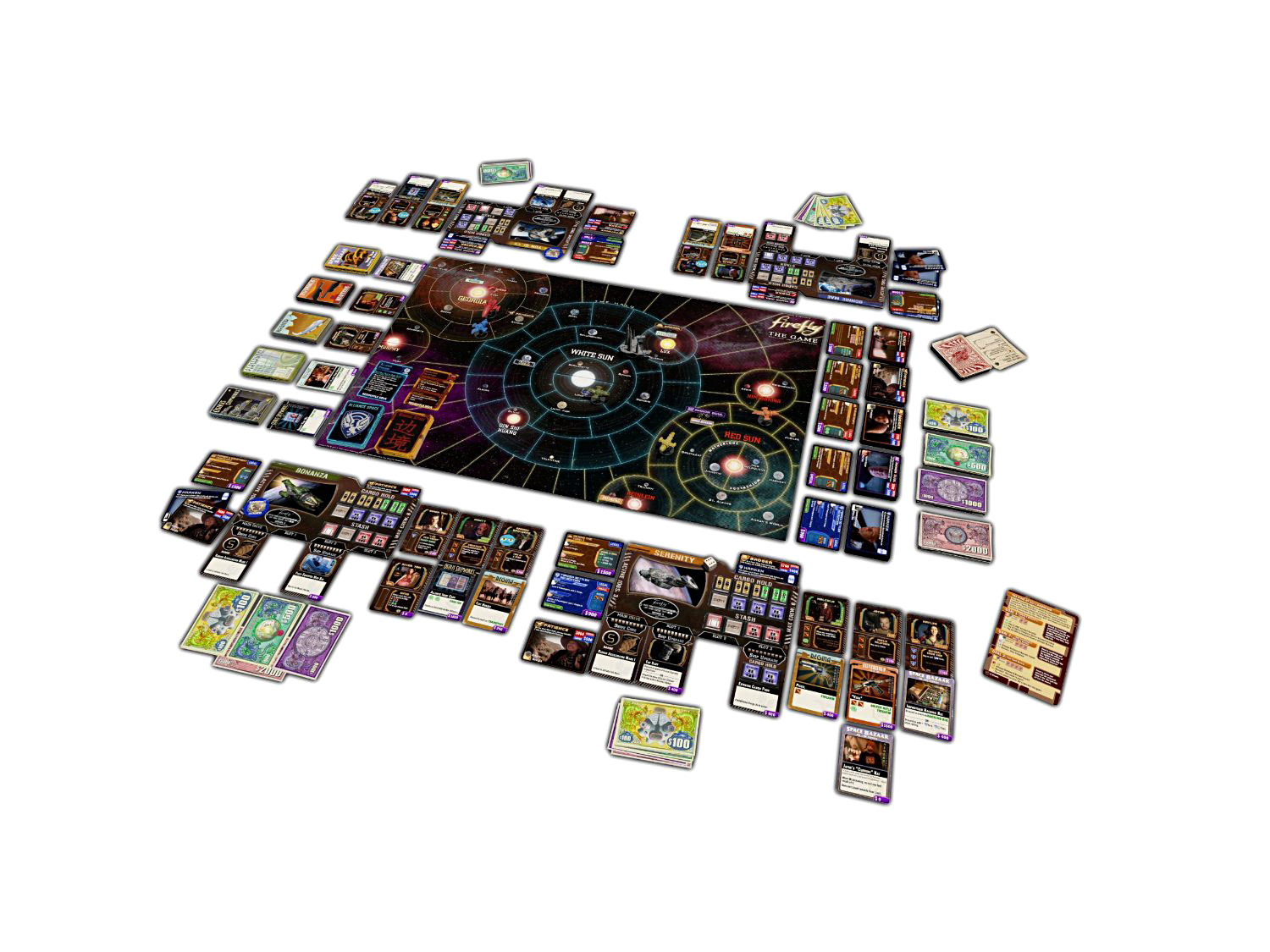 A testament to the scope and popularity of a TV show that lasted for just one season (plus film sequel Serenity) 15 years ago, Firefly: The Game allows players to pilot their own ship around Joss Whedon’s space-western universe, taking on jobs to earn valuable credits while dealing with the Alliance and Reavers and progressing through various story-driven missions. Combining area movement with card drafting mechanics to simulate maintaining your ship, talking your way out of trouble and fighting when it’s called for, the game’s narrative and mechanics have been expanded by a healthy stock of expansions since its release in 2013. 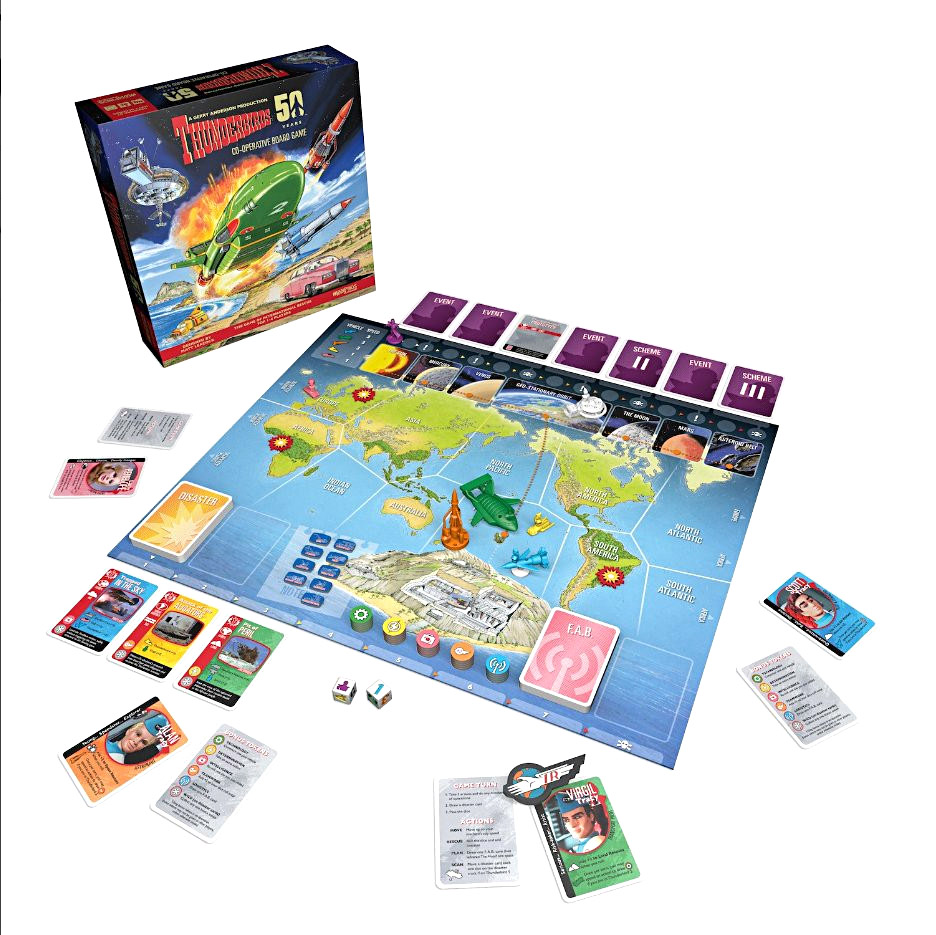 Based on the treasured 1960s Gerry Anderson puppet show rather than the new animated remake, this co-op title designed by Pandemic creator Matt Leacock sees the Tracy brothers and Lady Penelope attempting to thwart The Hood’s nefarious doings while also averting various global disasters. The gameplay will be familiar to Pandemic fans, but is altered by Thunderbirds-specific mechanics defined by the five titular machines and FAB 1 – you don’t get to blast into space in Pandemic, after all. It’s bright, joyous and a whole lot of fun, and the perfect way to honour 50 years of the British programming icon.

Ghostbusters: The Board Game 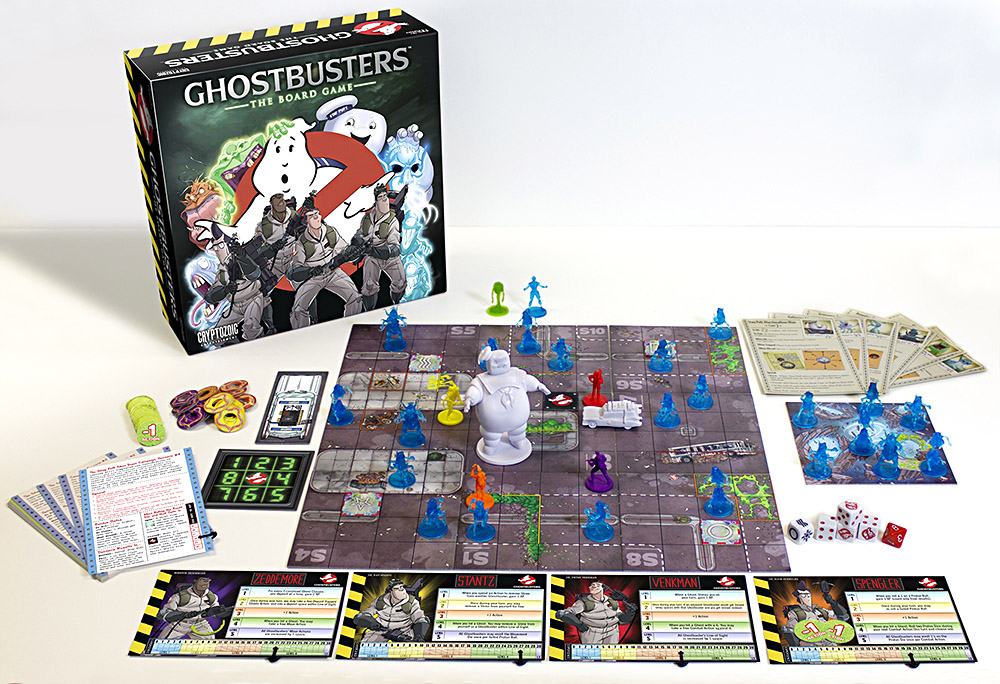 Arriving in time for last year's all-female reboot of the cult classic comedy but portraying cartoon versions of the original 1980s roster, the Ghostbusters board game allows up to four players to feel good by bustin’ some of the group’s iconic spectral adversaries – yes, the Stay Puft Marshmallow Man is in here – over the course of various half-hour to two-hour co-op scenarios. The game includes a modular board and more than 40 miniatures, including the group’s Ecto-1 car, which can be used to whizz around the city. Just remember to avoid crossing the streams, won’t you? 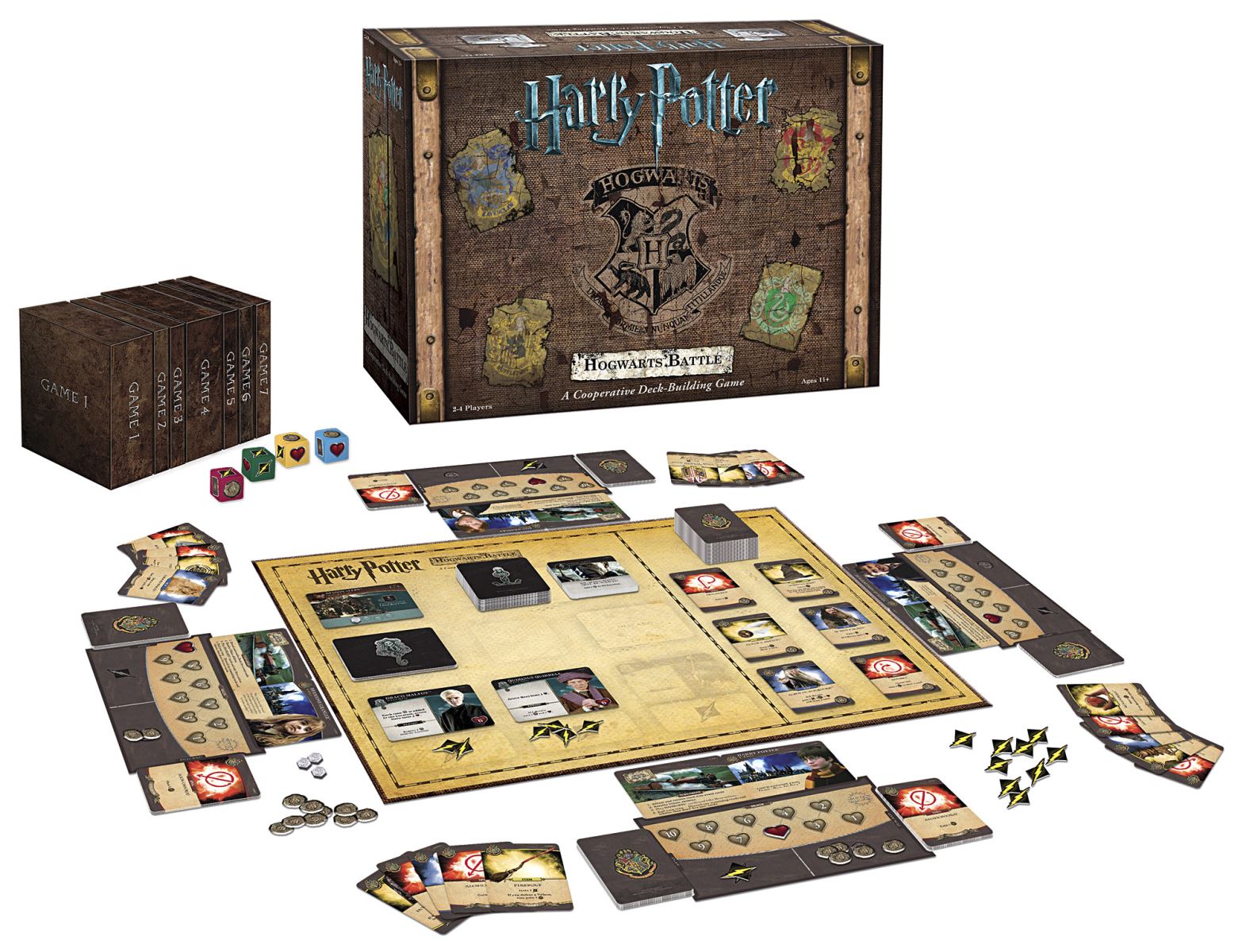 The newest entry on this list, Hogwarts Battle is a co-op card game that casts players as Harry, Ron, Hermione or Neville as they fight off Voldemort and his Death Eaters from invading the school of witchcraft and wizardry using their deck of spells. Legacy-style packs opened with each subsequent game add new cards and abilities, but also introduce new villains and Dark Arts with which they can attack. It’s a gentle way to break newcomers or kids into the concept of deckbuilding, while making clever thematic use of the enduringly popular boy wizard’s magical world. 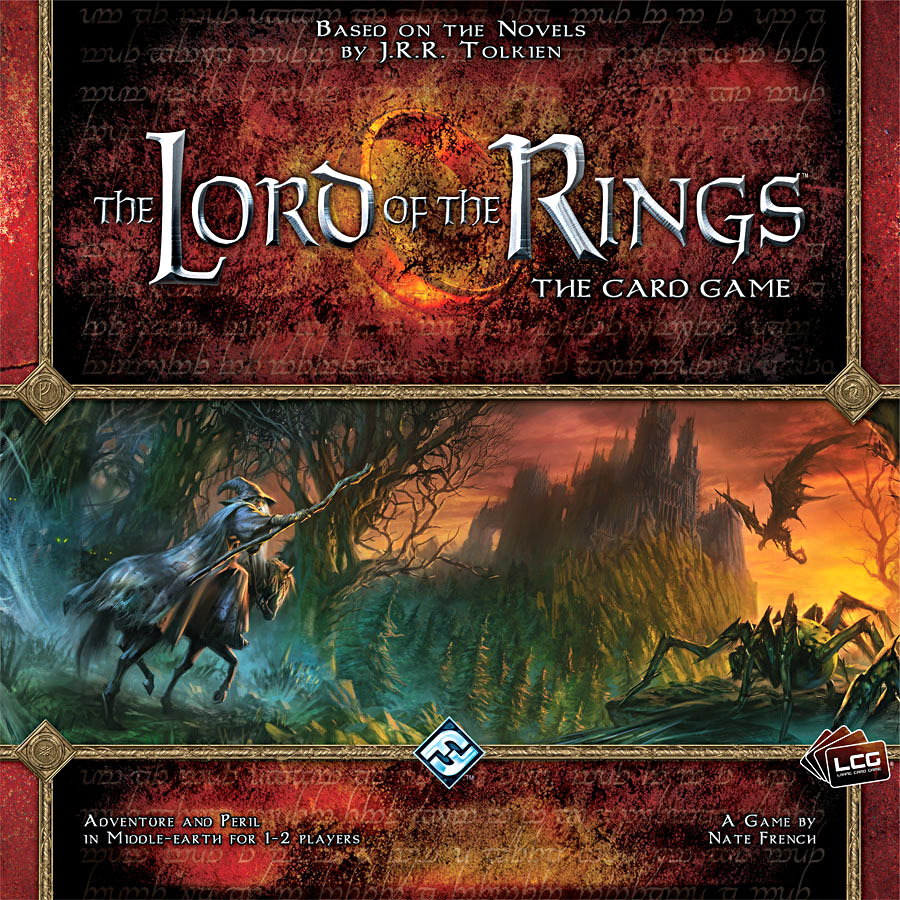 tyled after Tolkien’s original books rather than Peter Jackson’s exceptional cinematic trilogy (the core set is set in-between Bilbo’s eleventy-first birthday and Frodo departing the Shire to destroy the Ring), the Lord of the Rings card game nevertheless is the best way for lovers of Middle-earth in all its incarnations to experience the fantasy world. Players take on the roles of the Fellowship and their allies and work together to fight against Sauron’s forces of darkness, using pre-constructed or custom decks of cards to progress through scenarios. An optional campaign mode can be played, spanning both The Hobbit and The Lord of the Rings.

Battlestar Galactica: The Board Game

Battlestar Galactica’s tabletop tie-in applies the social deduction and deception mechanics of party games such as The Resistance to the sci-fi show’s conflict between humans and the Cylons. Humans race to find the map to Earth, while the Cylons hidden among the group try to destroy them by reducing vital resources. The tense fight for survival plays out during games up to four hours long, with the deep rules providing a richer thematic experience than many of its party game peers. 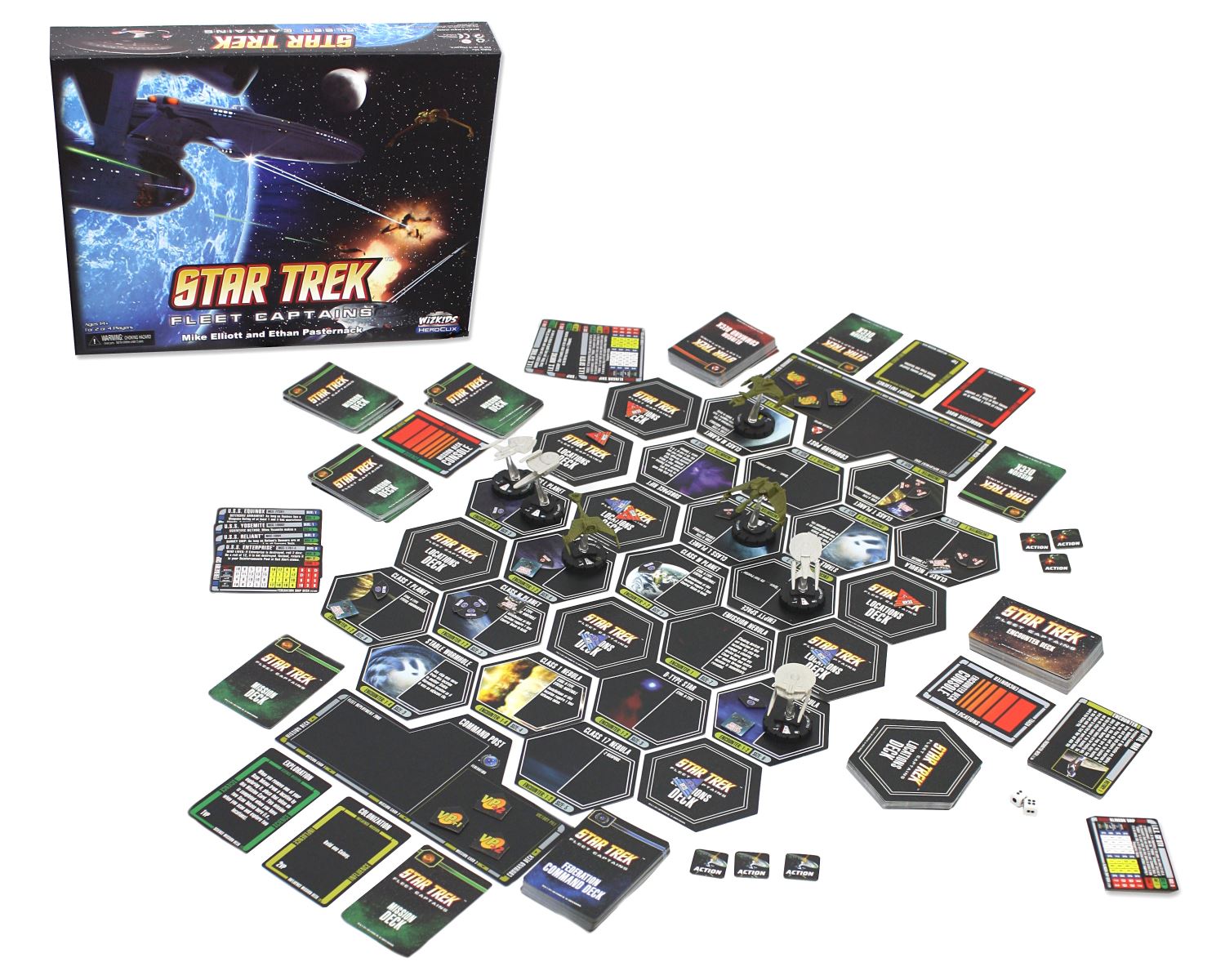 The best Star Trek board game around, Fleet Captains takes place in the sci-fi series’ Prime Universe, covering everything from the 1960s TV show up to 2002 film Nemesis. This means that players can control commanders from William Shatner’s James T. Kirk to Patrick Stewart’s Jean-Luc Picard from The Next Generation – or opt to side with the Klingons. Matches are designed to play out like a season of the show, presenting and resolving multiple missions as if individual episodes. The vessels can be upgraded and manoeuvred around space to explore, complete objectives, build bases and fight – with multiple approaches to winning valid. Oh, you also get models for all of the ships; need we say more?

A Game of Thrones: The Board Game 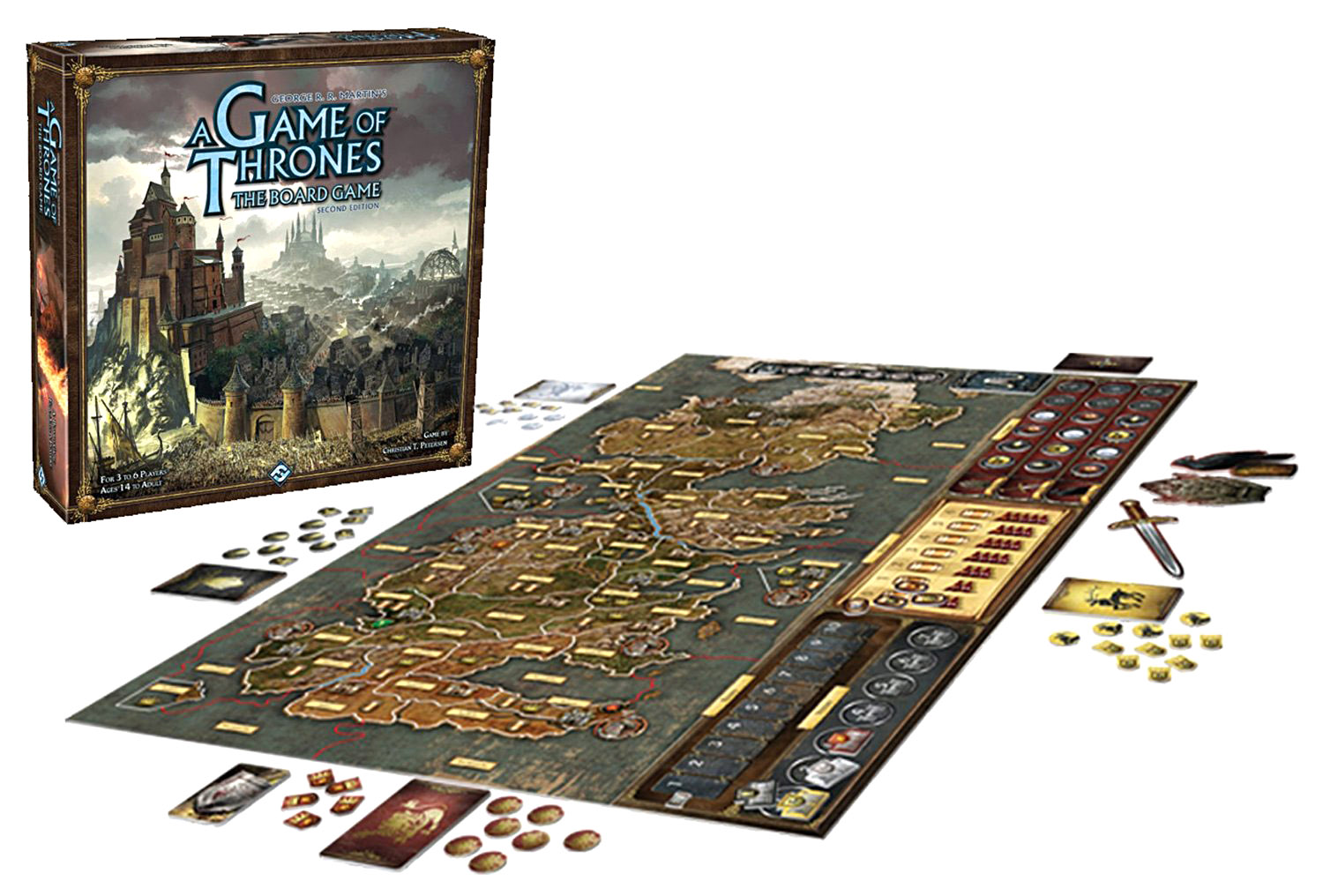 A Game of Thrones: The Board Game is a mechanically complex and dense tabletop spin-off befitting the politically complex and dense land of Westeros created by George R.R. Martin. Players control the houses of the Seven Kingdoms as they vie for control of the Iron Throne, utilising both military strength and diplomatic cunning to undermine their rivals. Succeeding means planning ahead and knowing when and when not to trust your allies, mixing social deduction aspects with wargame-like troop strategy as you battle with fellow houses and wildlings. Like Martin’s novels, it’s a hefty commitment – taking multiple hours to play – but is just as rewarding.

This article was featured in issue 8 issue of Tabletop Gaming. Pick up the latest issue of the UK's fastest-growing gaming magazine in print or digital here – or subscribe to make sure you never miss another issue.