Ten of the Best: Funny Games Get your laughing-chops around our top 10 funny games

LOL, ROFL and have TOTT (tears of laughter on the tabletop) with these hilarious cardboard crackers that will leave you in creases for April Fools’ Day 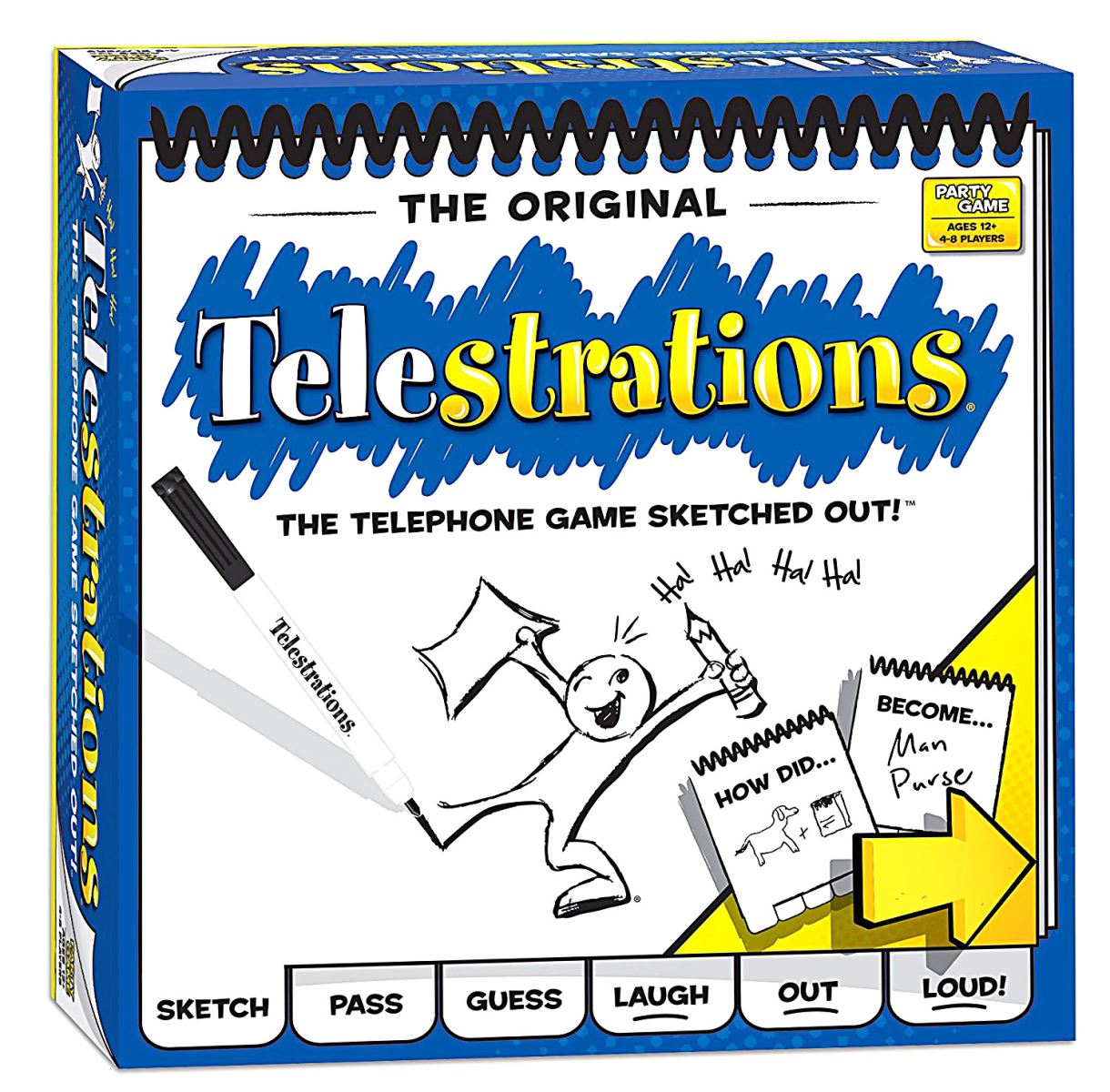 A boxed version of pen-and-paper game Eat Poop You Cat, Telestrations is a drawing game that makes it hard to draw breath. Everybody doodles a word, which gets passed to their neighbour – who then tries to describe what they see. So it goes, with the basic prompts quickly spinning into ever more bizarre and hysterical examples of miscommunication. For a ruder alternative, Scrawl starts with suggestive phrases – things can only go downhill from there… 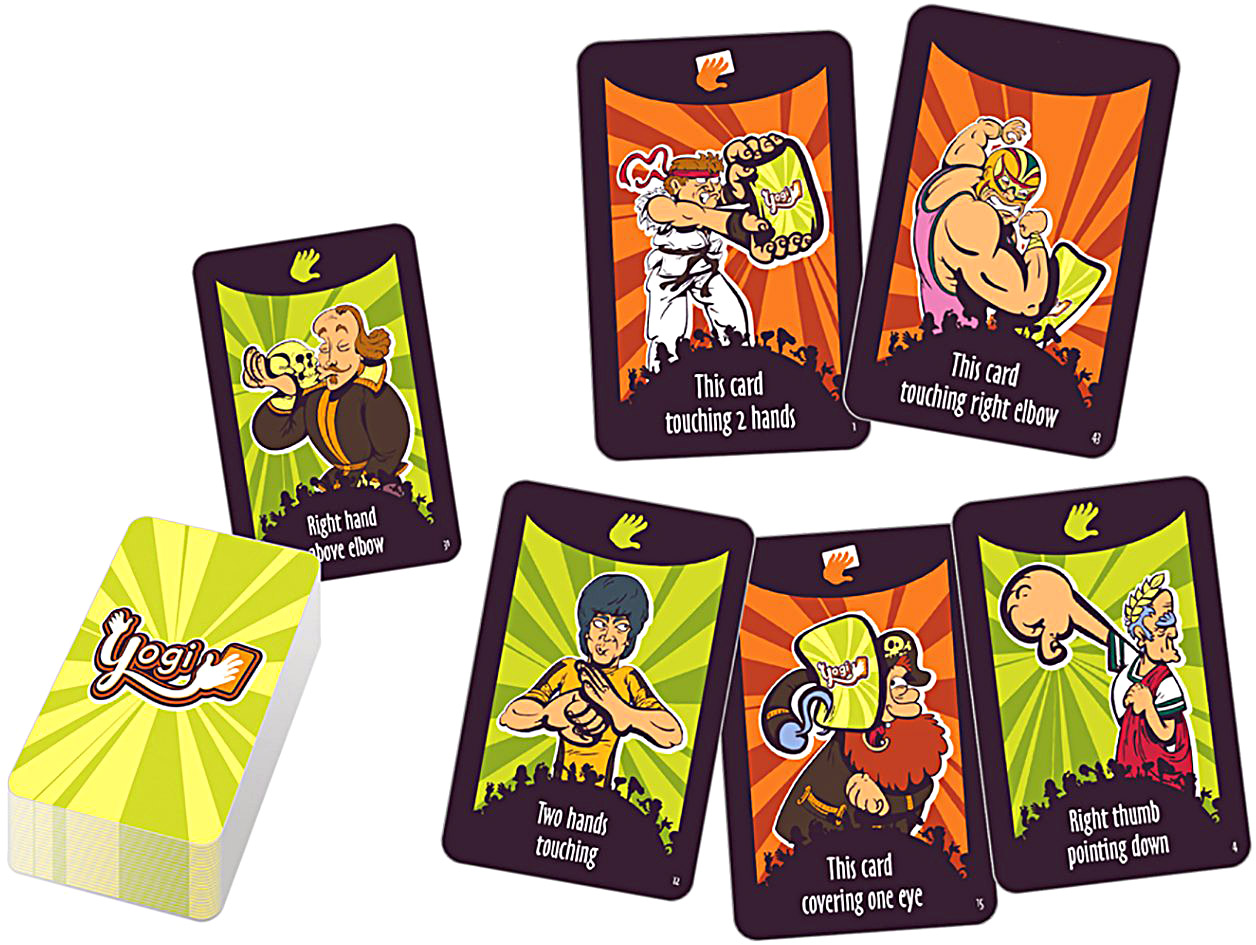 Best described as ‘Twister stood up’, Yogi is an even funnier physical challenge of contorting yourself in response to a deck of instruction cards. Some cards even have to be balanced or held between parts of the body – fail to keep up with your mounting list of directions and you’re out! For a more expressive art style, try its original incarnation, In a Bind. It was followed by a more kid-friendly edition, In a Bind Jr., which added animal noises and silly poses to the mix.

3. The Extraordinary Adventures of Baron Munchausen 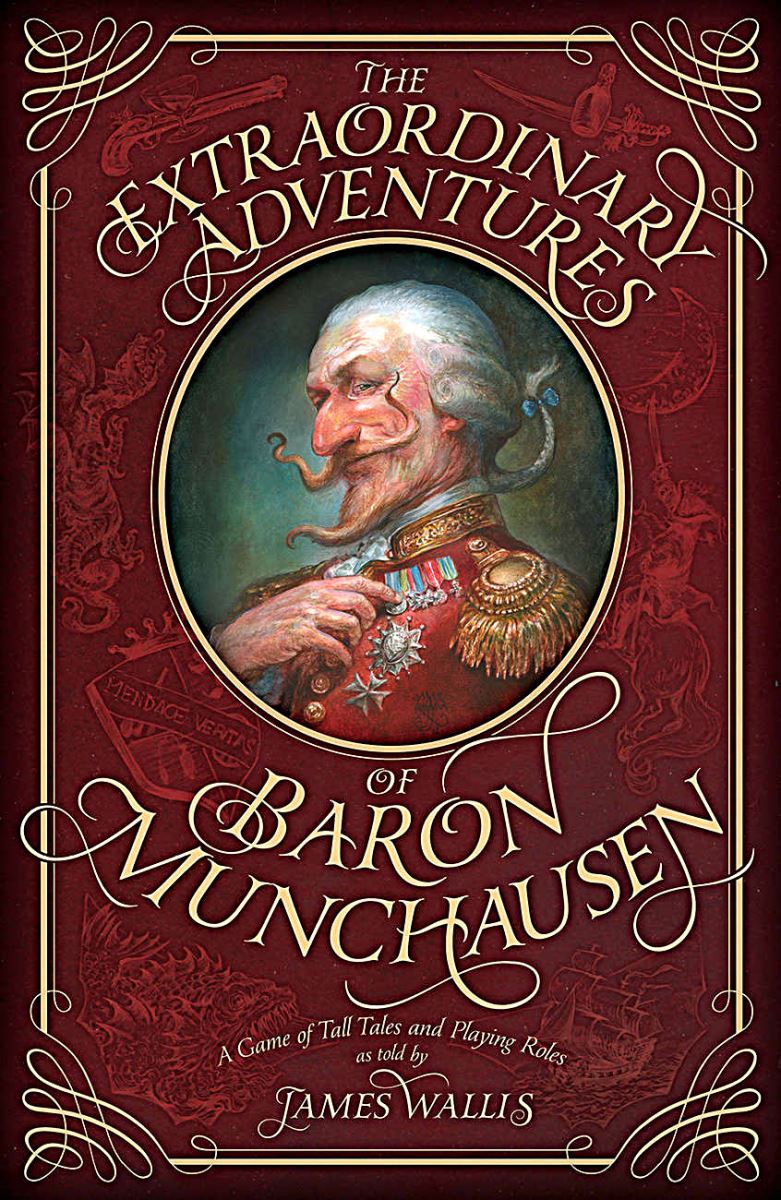 Designed by James Wallis – whom many of you will recognise as a regular contributor to this magazine – this light party game is a spectacular competition of one-upmanship inspired by the titular real-life teller of tall tales. Players take turns to weave their fantastic and 100%, definitely, absolutely true yarns, accounting for sudden details their fellow storytellers can throw in at the cost of a token. (“You forget that the alligator you rode to the moon was in fact made of marshmellow!”) Once everyone’s had a go, the group picks their favourite – but it’s more about the laughing than the winning. The rules themselves only take up about a page in the book, the rest being amusing observations on suggested topics; it’s well worth a read in full. 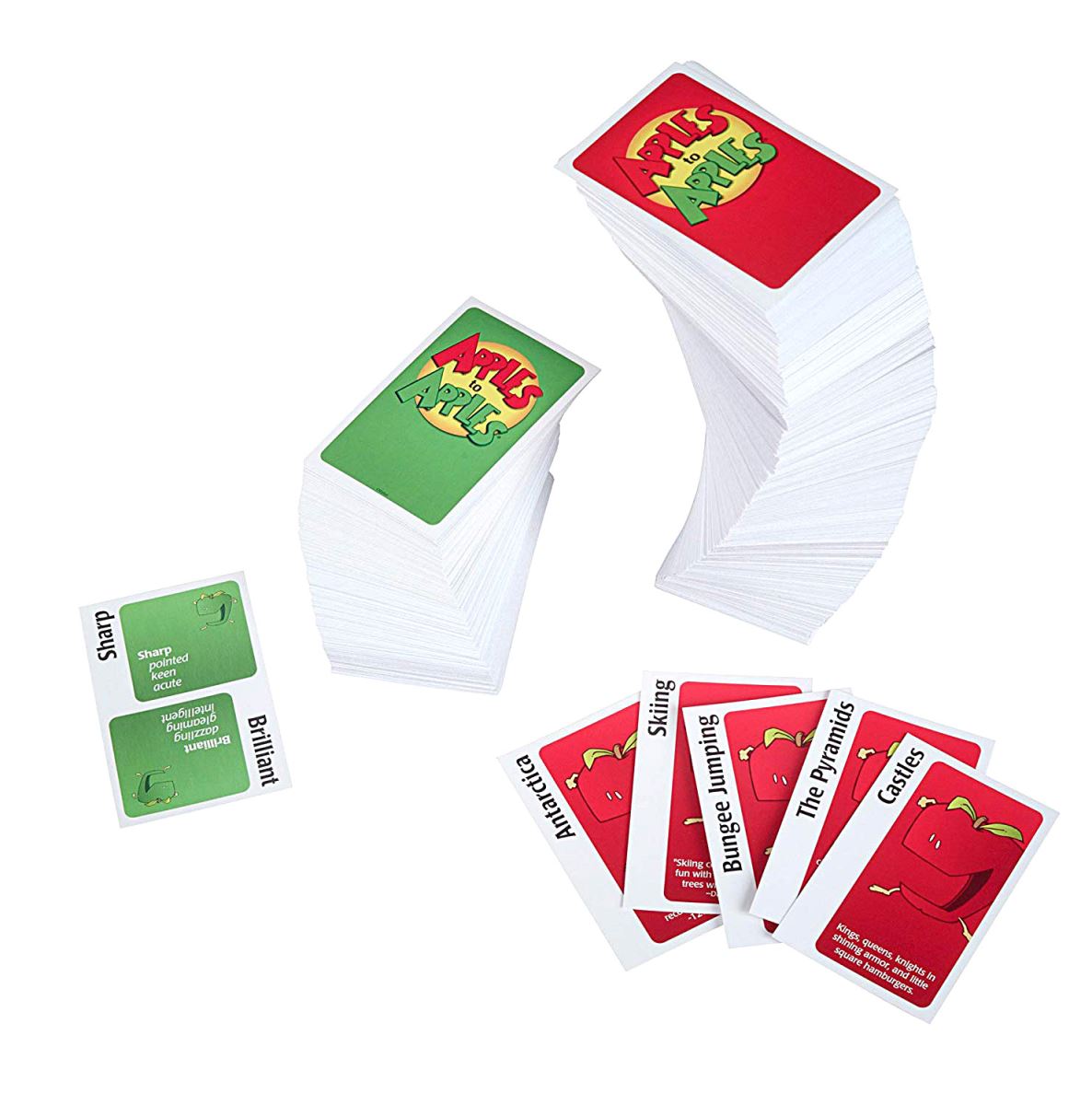 The inspiration for Cards Against Humanity and roughly a billion terrible party games on Kickstarter, Apples to Apples is a simple game of picking the right thing: literally. A player pulls a ‘description’ card that everyone else tries to match with the best ‘thing’ card from their hand, with the selected winner becoming the next judge. What’s more dysfunctional: the Vatican or the MTV Music Awards? Debating over this answer and hundreds more provides plenty of opportunity for laughs. 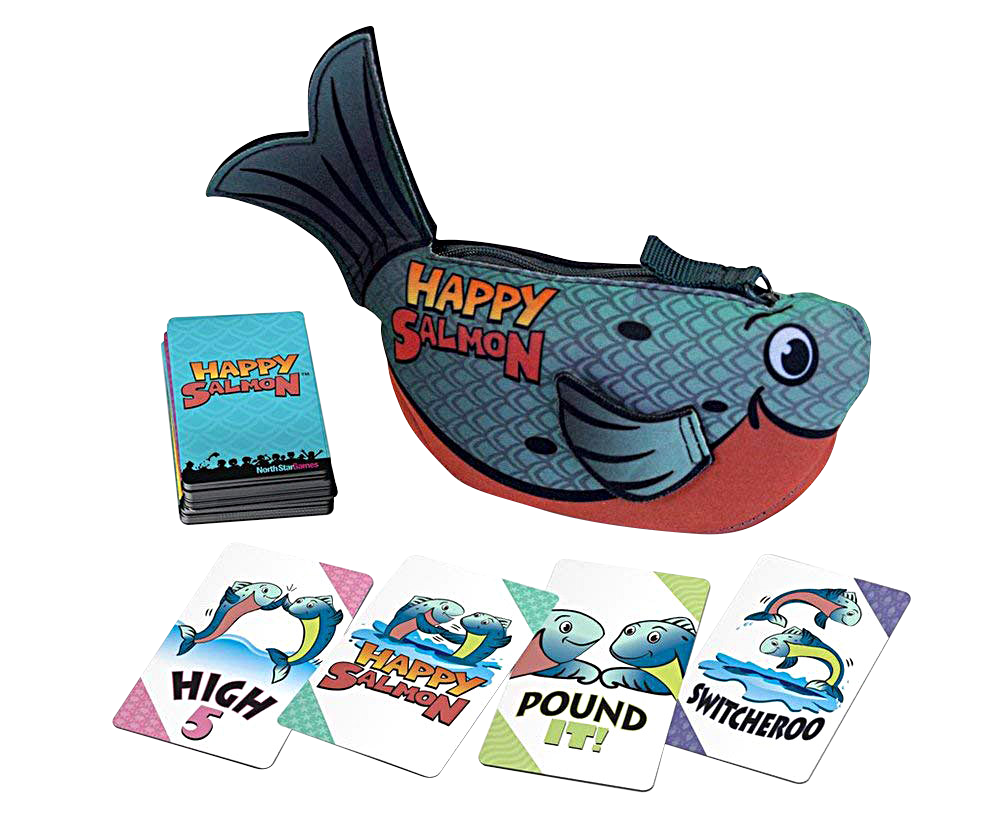 Who can resist a silly, quick card game that comes in a fish? Get the muscles in your arms and cheeks working as you high-five, fist-bump (pound it!), swap places (switcheroo!) and happy salmon (once you know it, you know it) with players who match your current action card. The first to ditch their whole deck wins, but you’ll absolutely want to play again – if your throat hasn’t been worn out by shouting “Happy salmon!” over and over again, that is. The older Pit is just as shouty and chaotic, but is less about bashing body parts and more about quickly trading resources to complete sets.  Happy Salmon sequel Funky Chicken, meanwhile, can be played alone or combined with the original and adds dance moves to an uproarious couple of minutes. 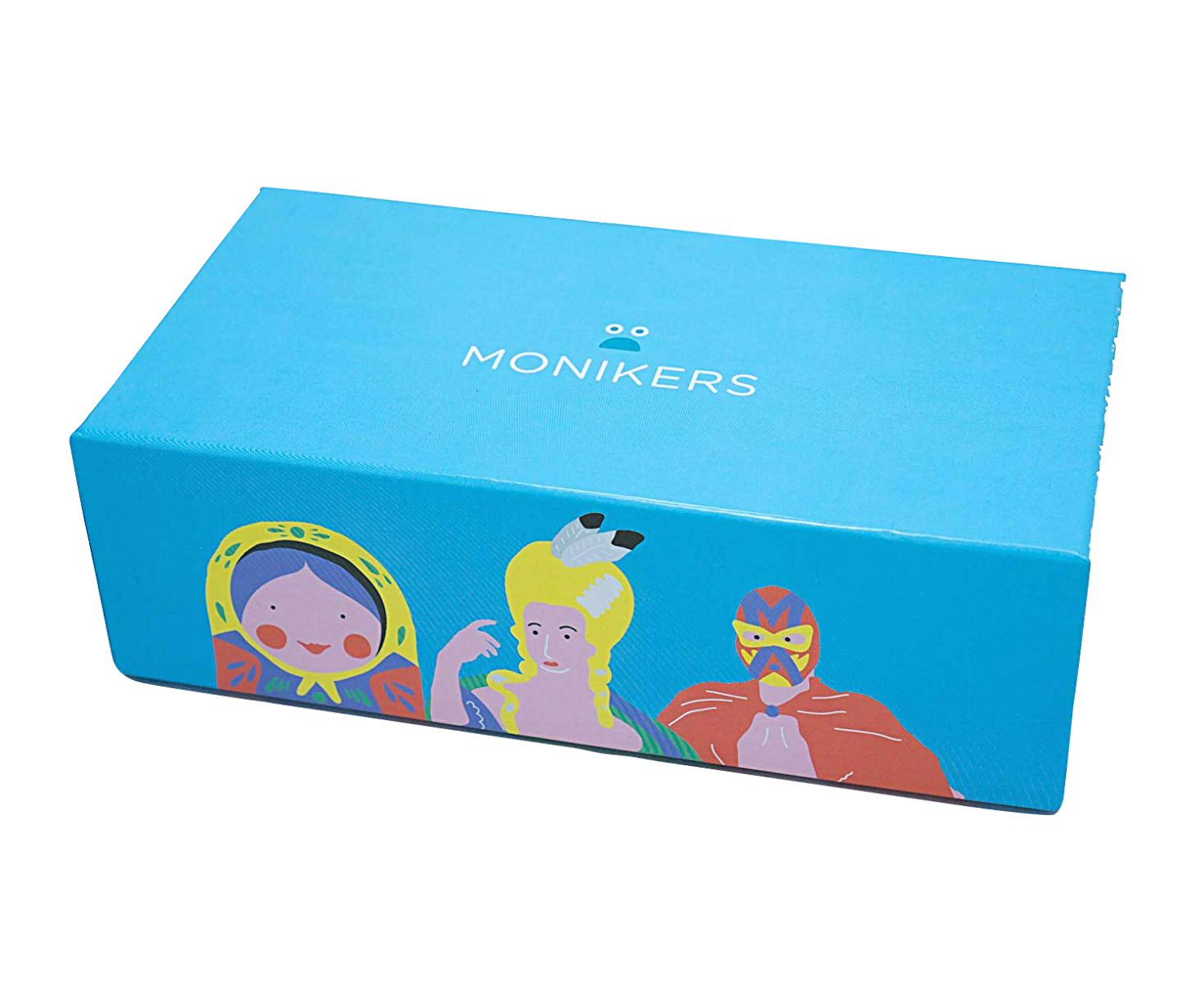 Based on the public domain party game Celebrities (which also saw a published release as Time’s Up!), Monikers rolls a combination of charades and Taboo into a single game, where players have to get their team to guess clues using descriptions (minus the answer itself), then just a single word, then no words – just mimes or noises. With a readymade deck of inventive answers that range from drunk Jeff Goldblum and the Kraken to a Russian nesting doll and the Doge meme (such guess, wow), it’s a great way to enjoy a classic social game that will leave you in stitches. 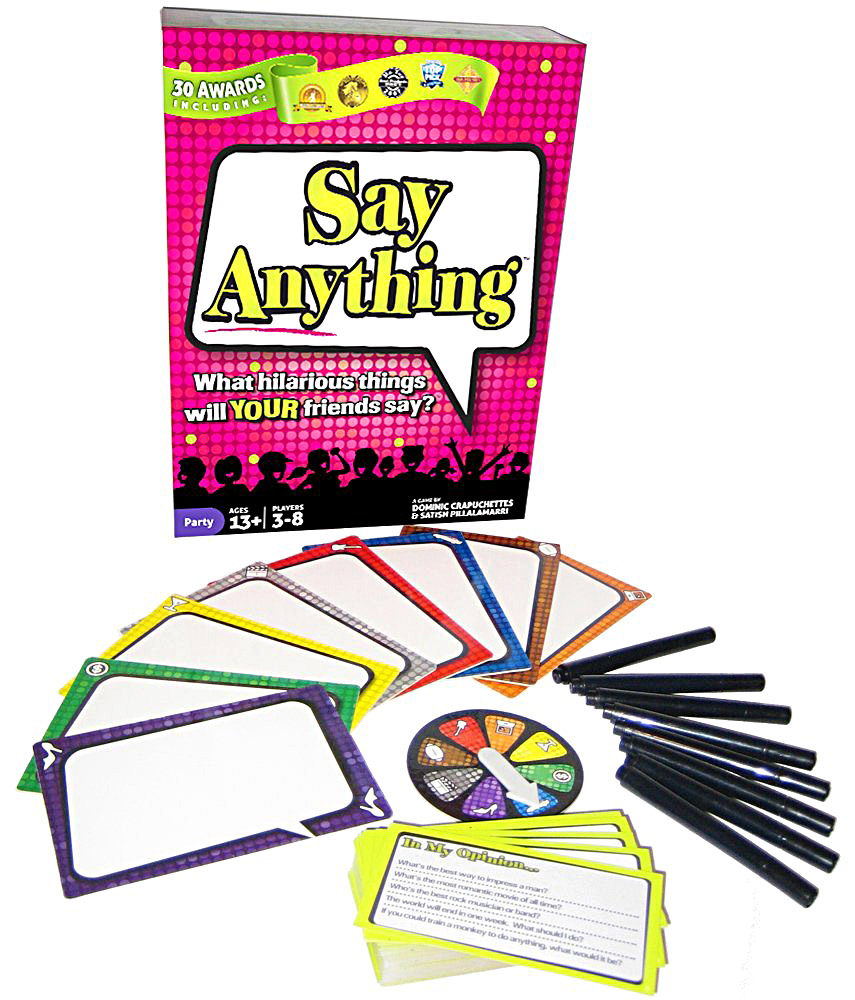 Parties love a debate, it seems. Say Anything invites a more open whose-is-better discussion than games such as Apples to Apples, with players writing their answers to questions such as “What’s the best activity for a first date?” and chucking them into the middle of the table. The asker secretly picks their favourite answer, and everyone else tries to guess what they’ve picked to score points. It works particular wonders among close friends, but it’s also a fun way of finding out more about newcomers to the table. 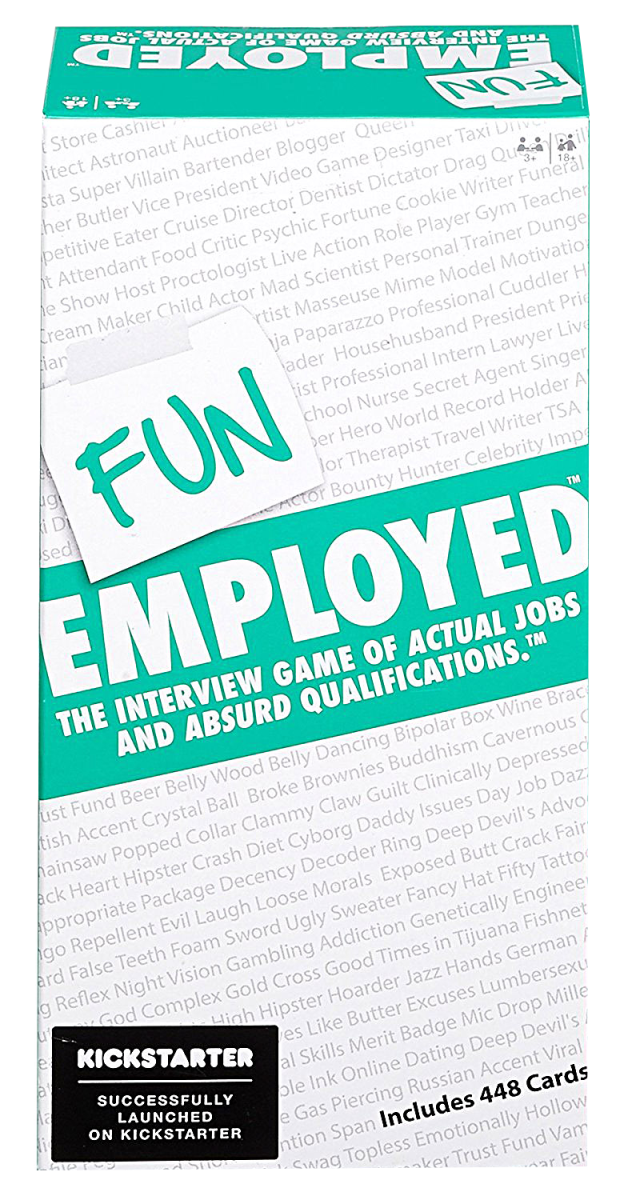 How do you find the funny in the harrowing process of being interviewed for a job? With this game, of course. Everyone’s a rival applicant for a relatively reasonable role – if you count secret agent, bounty hunter and astronaut – and they each have some interesting qualifications that they need to prove makes them the right hire. Why could having a beard and being a spontaneous crier make you the perfect dog food taster? Or being soulless but a black belt in martial arts be ideal for a cheerleader? As you answer those, you’ll likely find yourself employed in the profession of giggling. 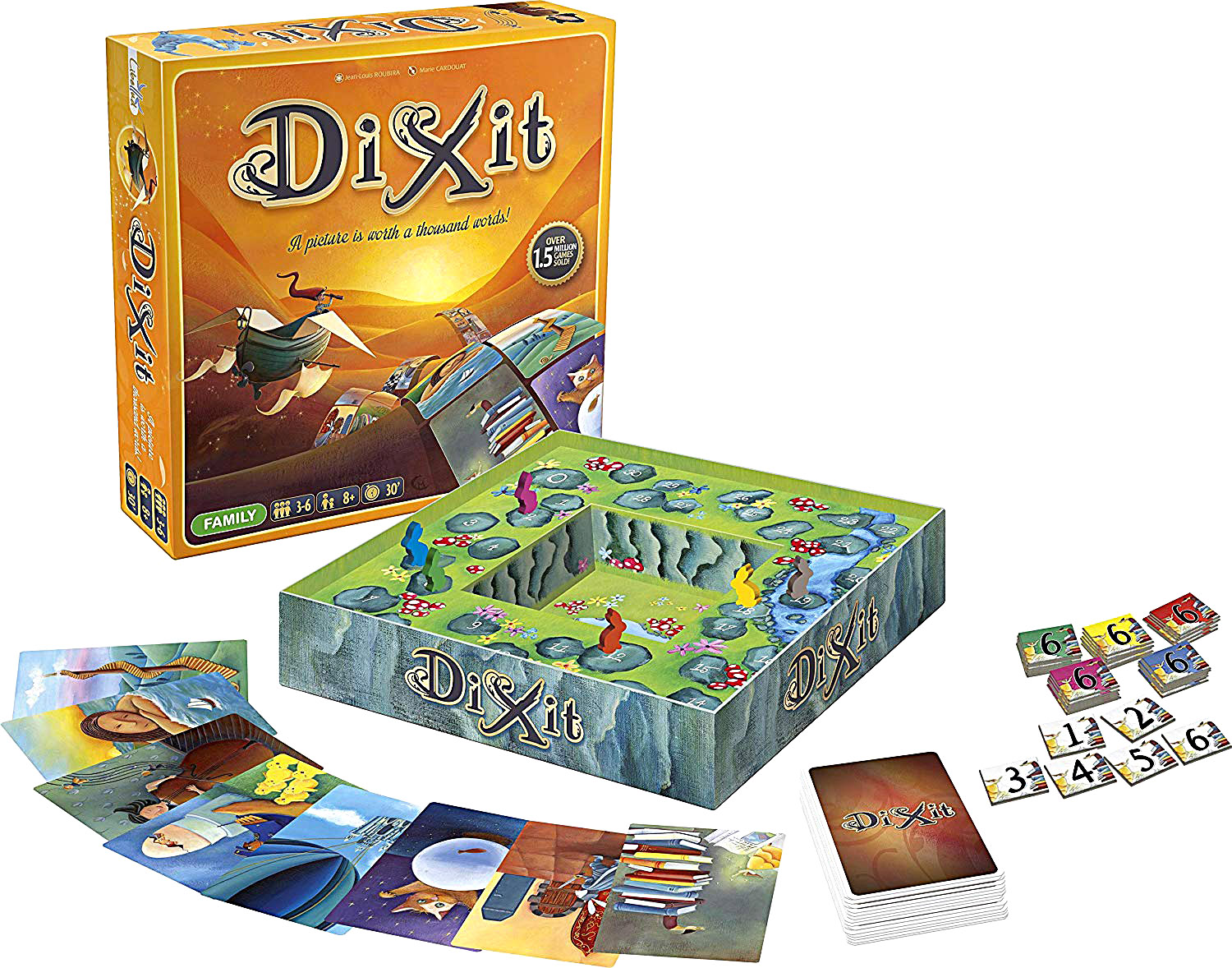 It might not seem laugh-a-minute, but Dixit is one of the best ways of getting players to come up with gags around the table. Each turn sees someone trying to describe an abstract picture card with a single sentence, while everyone else adds their own card into the mix to try and get people to guess their image as the right answer. The teller doesn’t want everyone to guess their card, though, or they’ll get nothing – so being vague but not too vague is the order of the day. With surreal illustrations and endless room for players’ creativity, Dixit will have you laughing with the best of them. 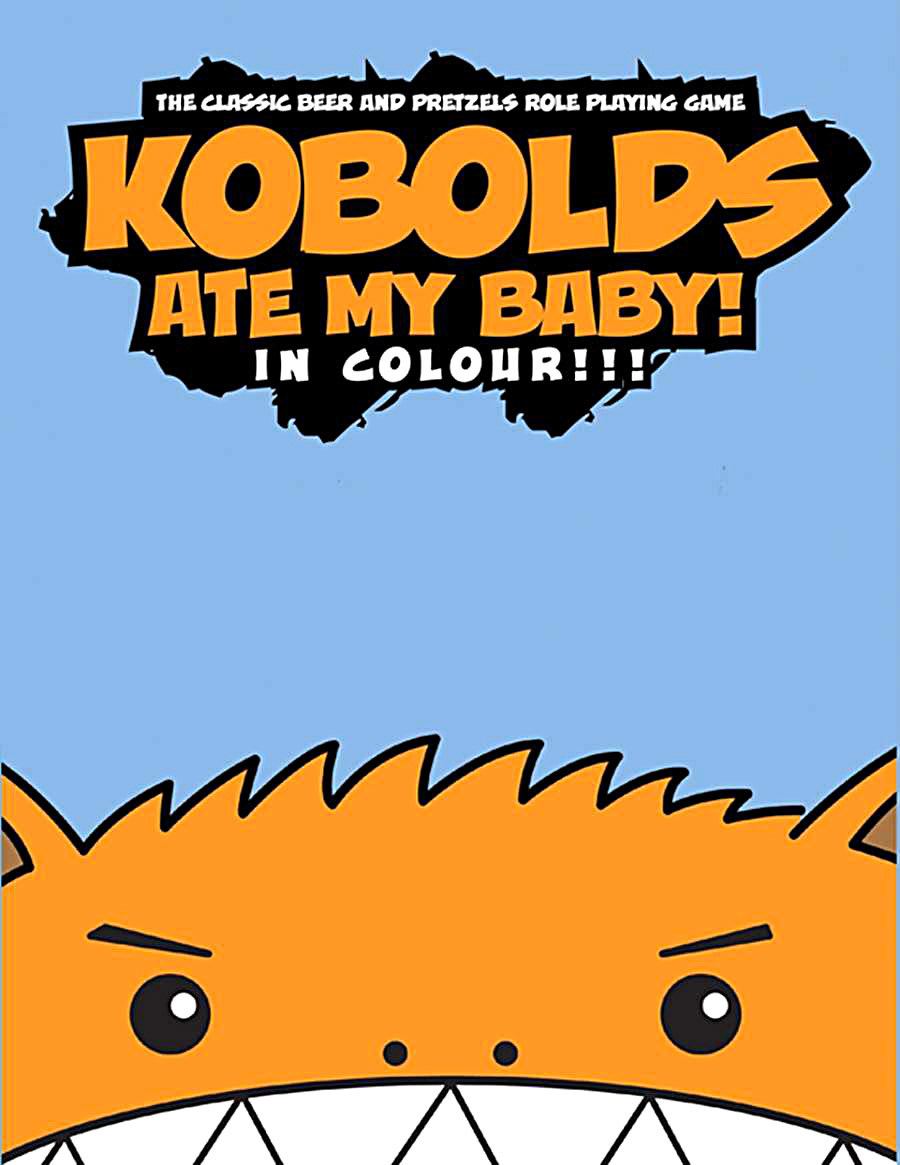 A parody of fantasy roleplaying staples in D&D and the like, Kobolds Ate My Baby! puts players in the shoes of sword-fodder kobolds as they try and survive a world out to get them. The BEER engine (it stands for the key traits of Brawn, Ego, Extraneous, and Reflexes, obviously) that powers the RPG encourages loud behaviour (All hail King Torg!) and a high body count as dice are rolled, kobolds dispatched and drinks are spat.