Ten of the Best: Co-operative games Grab your team and play our top 10 co-op games

All together now! Team up with these collaborative titles to end up friendly instead of fighting – and then save the world together (or just count to 100) 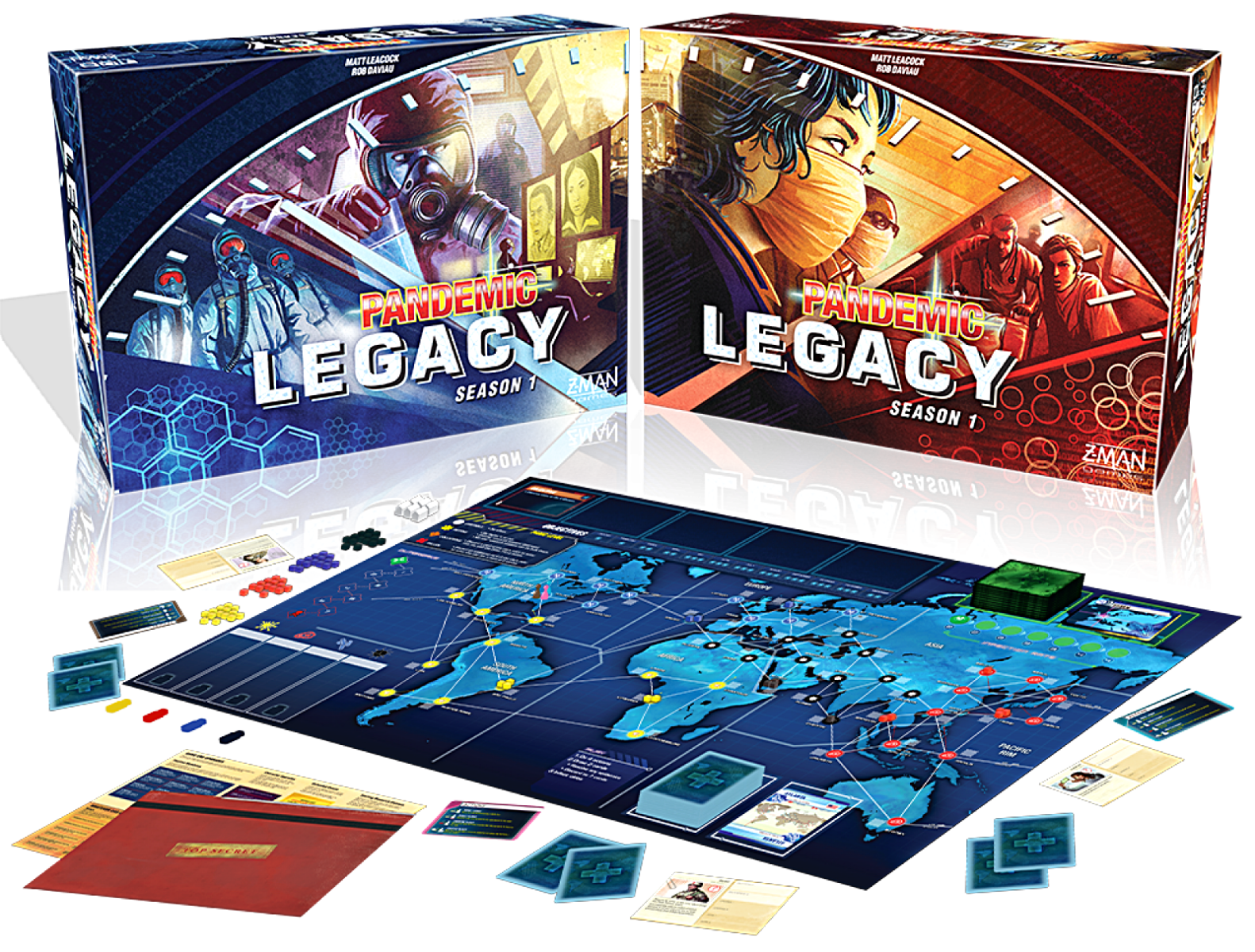 Still the ultimate tabletop experience to have alongside your besties, the two seasons of Pandemic Legacy really do let you and your friends make the games your own as you race to save the world from a medical emergency. With secrets and surprises aplenty, and an unexpectedly absorbing story, you won’t forget the hours you spend playing or whom you play with – is there a greater achievement for board games than that?

The perfect partner: For us, Pandemic Iberia is the best version of Pandemic to grab if you want to keep fighting back disease together once the ‘credits’ of Legacy: Season Two roll – although the original and its expansions offer plenty to enjoy, too. 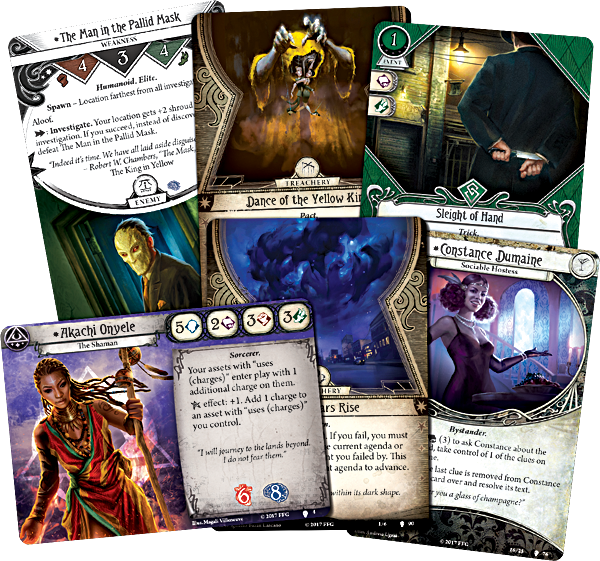 Just as horror films are never better than when you’re watching with friends, the Lovecraftian nightmares of this maddening good card game become a dream with fellow investigators by your side. The mysteries are captivating, the combat exhilarating and the cards easy to set up – so you can keep playing well into the night.

The perfect partner: Being a living card game, there’s plenty to keep you occupied in Arkham Horror: TCG if you fall for its charms, but if you’d prefer to brave Lovecraft’s monsters across the globe or in haunted houses Eldritch Horror and Mansions of Madness are equally thrilling times in co-op. 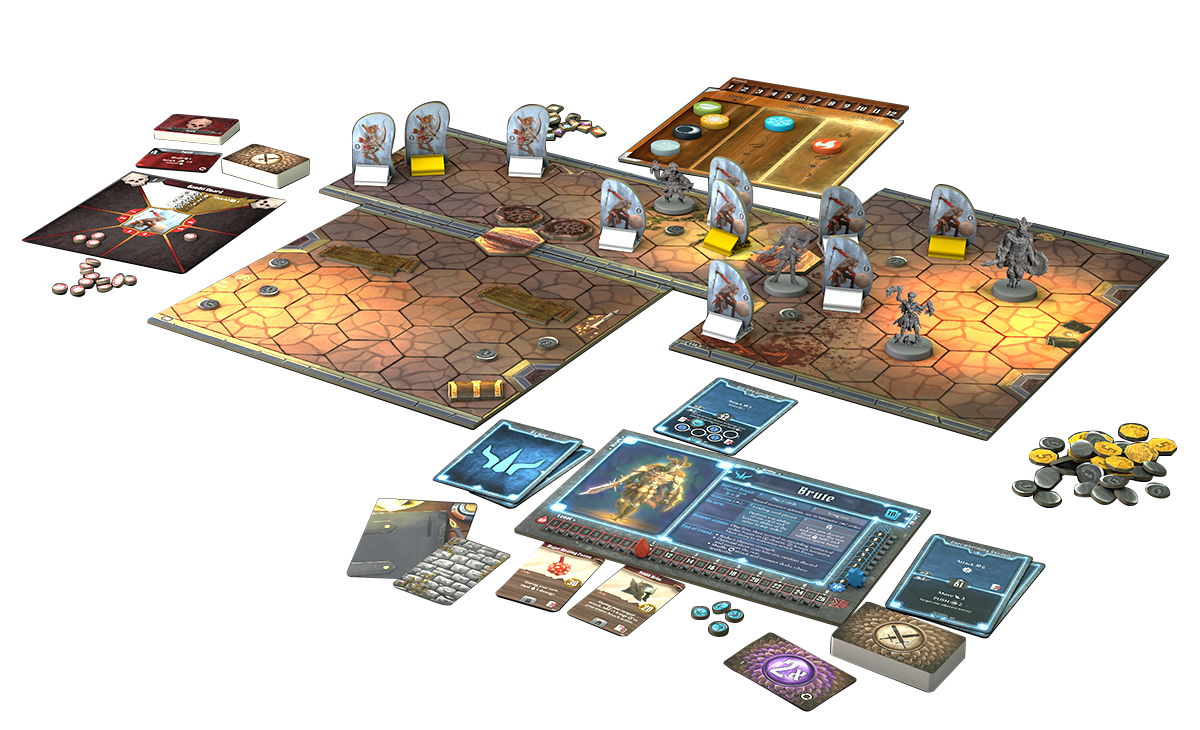 It’s big, it’s bold and it’s bloody brilliant. The epic fantasy adventure mixes up crunchy combat cardplay with dungeon-crawling on hex grids and a legacy world that changes as the result of your group’s questing. If you’re looking for a combat-driven roleplaying game without the prep, this is it.

The perfect partner: If a taste for fantasy adventure leaves you craving a full-blooded RPG, Dungeons & Dragons is the original and arguably still the best. If dungeon-crawling on a board is more your thing, Descent: Journeys in the Dark is well worth a look. 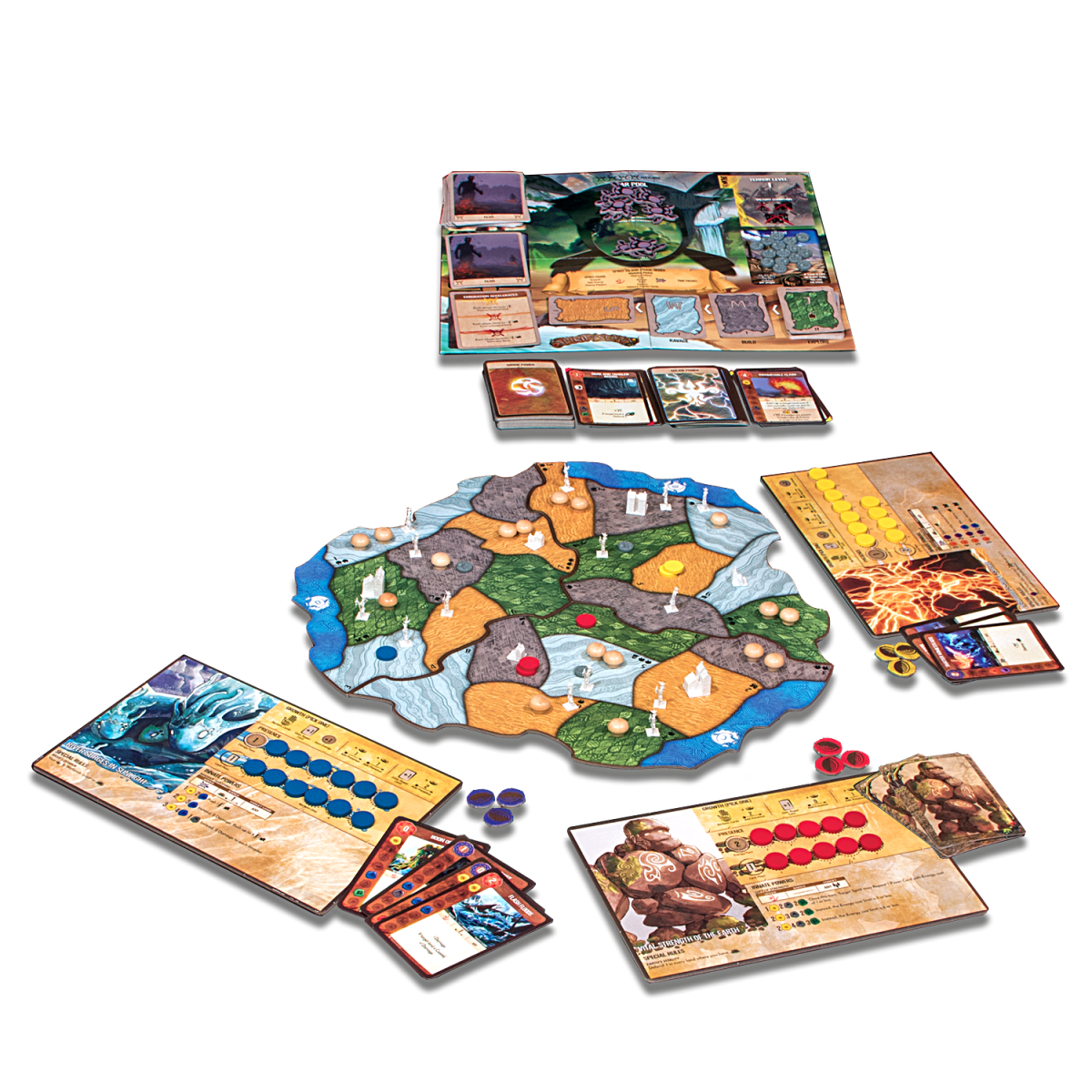 Cleverly flipping the colonisation theme on its head, Spirit Island pits players’ godly deities against invaders from lands afar. Its unique setting is combined with awesomely satisfying gameplay that thrives on the way players’ different abilities can be combined to fight off the forces. Beautiful, challenging and strategically rich, it’s got it all.

The perfect partner: There’s more than a bit of Pandemic in the plague-like spread of Spirit Island’s invaders and the way they ‘blight’ land, although Pandemic is a gentler step up to the complexity of the island-defending gem. 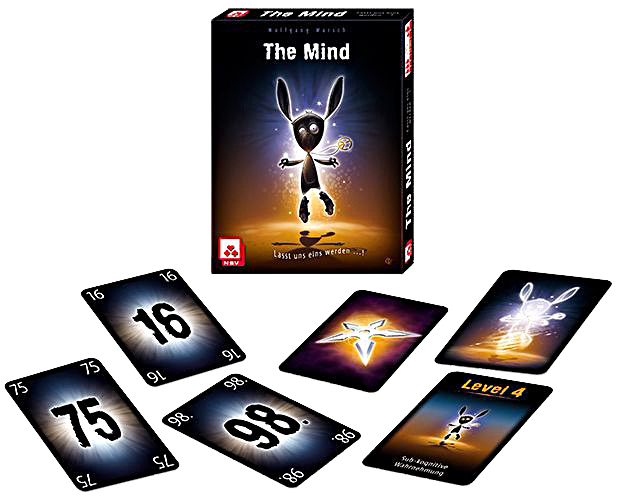 Count to 100. That’s all you have to do. Easy, right? Wrong! The Mind’s deviously straightforward challenge arises through the way players can’t communicate which numbers they have in their hand and the lack of a set turn structure, forcing them to develop an extrasensory understanding of their friends’ body language and psychology to know exactly when to play the next card. Learn it in 10 second and play for hours – it’s simply brilliant.

The perfect partner: If tricky counting challenges with friends are your idea of heaven, the similarly plain-titled The Game is an ideal counterpart. Prefer something more colourful? Hanabi’s fireworks will light your fire.

Robots are awesome. Friends are awesome. Robots with friends? Erm, even awesomer? Set across a series of unique missions tackled as a team, Mechs vs Minions conjures chaos and fun from the challenge of programming your mighty mechanical vehicle to fight back waves of pesky enemies – even when things inevitably go wrong, with hilarious results.

The perfect partner: Plugging in a careful series of commands only to watch chaos reign is turned up to 11 in Space Alert – and you get a soundtrack! 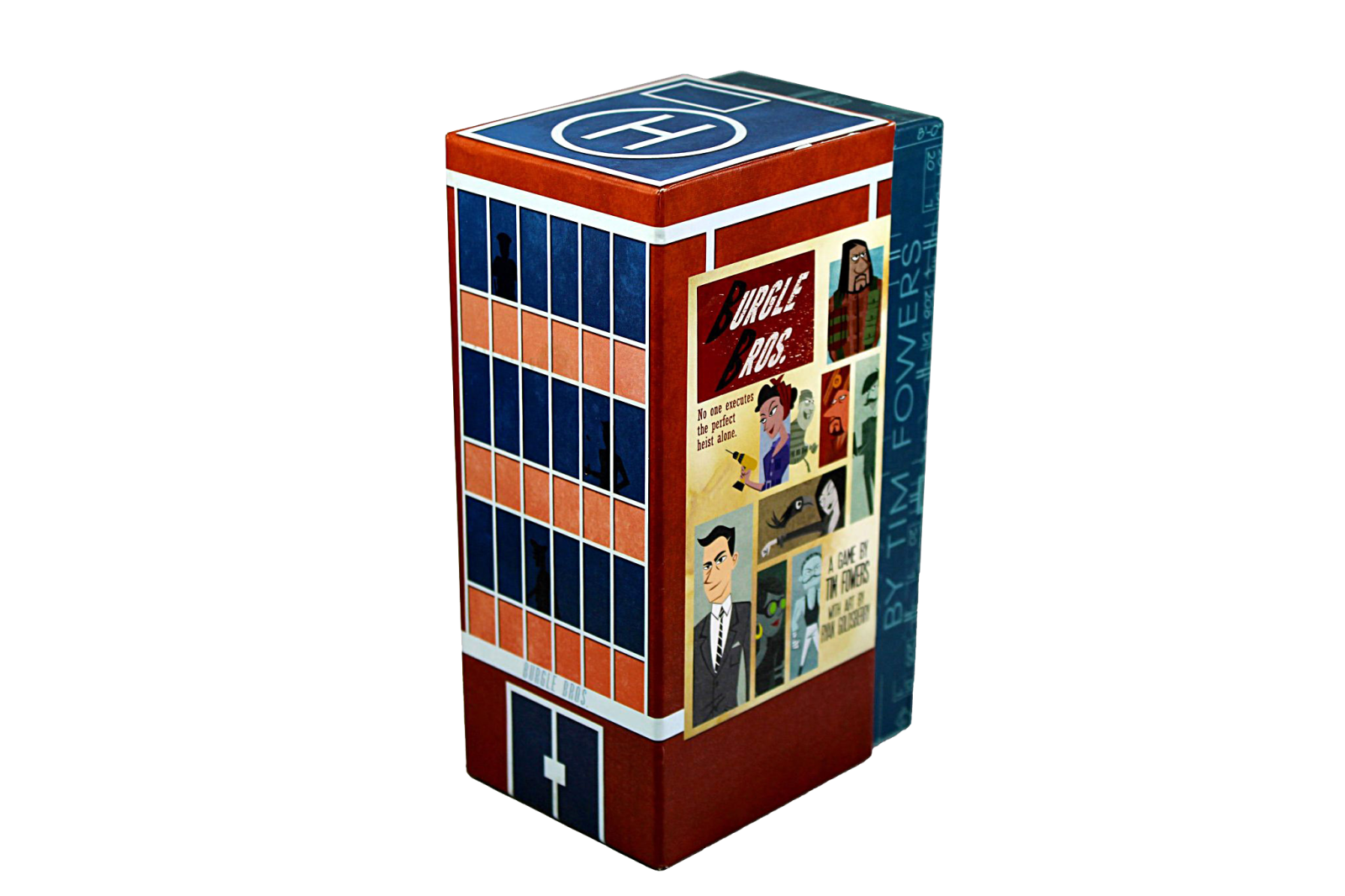 Every bank robber needs a good team, so if you reckon you and your pals are the ultimate caper collective you should have a crack at Tim Fowers’ sneaky heist game. A randomly-generated series of floors stands between you and your loot – that, and the alarms, cameras and guards lurking around each corner. It’s a puzzling delight that it’d be a crime to miss.

The perfect partner: Matt Leacock’s Forbidden series skips the crime-committing and goes straight to the thrilling escape from a dangerous Island, Desert or Sky. 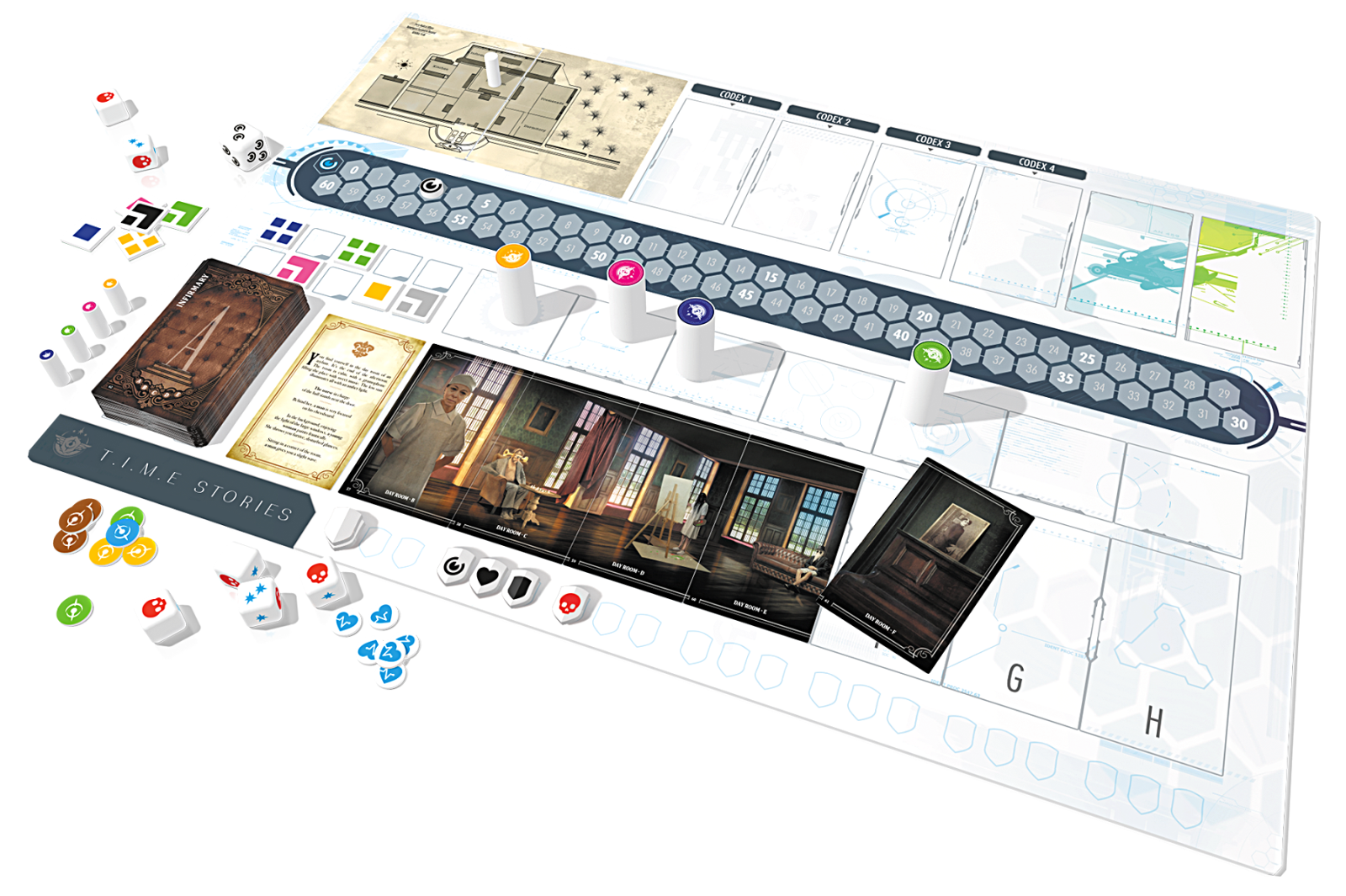 A time-hopping puzzle adventure in a box, TIME Stories brings the immersive storytelling and brain-teasing of a choose-your-own-adventure book to life with scenarios set across centuries of human history. Players only have so much time to solve a scenario, but they can take another run at each mission until they solve the case and experience its finale.

The perfect partner: The main TIME Stories box includes one scenario, but doubles as a console to play the game’s many expansions, each with a new time period and adventure to explore. If you’re a little shorter on time and less fussed by story, the Exit: The Game series offers up even more brain-scratching puzzles, but you can only play each one-hour conundrum once. 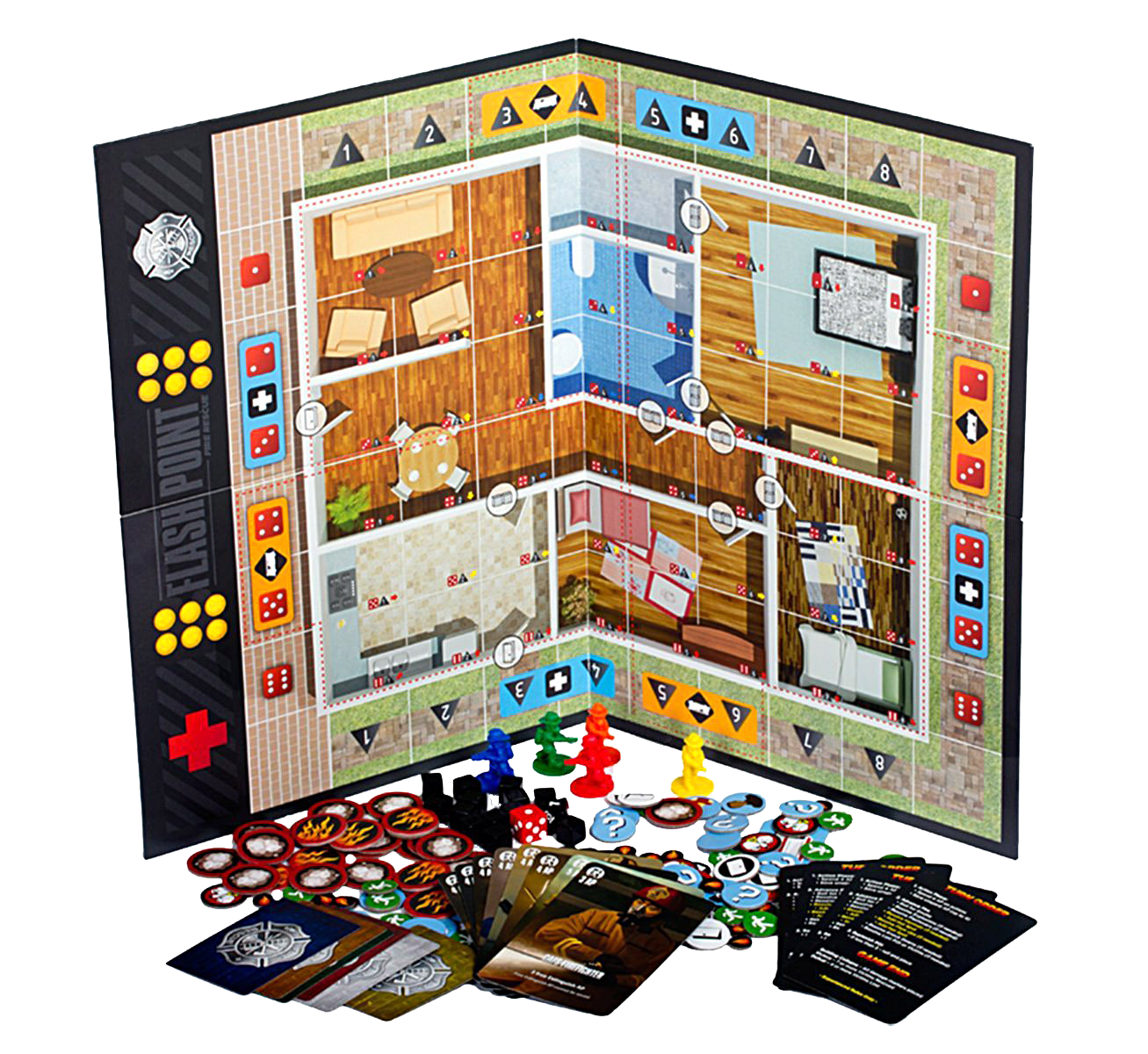 Could you and your friends cope under pressure in an emergency situation? Get a taste of how you’d do in this high-tension race to save civilians trapped in a burning building as the fire spreads. As players’ firefighters extinguish flames, evacuate victims and ensure they make it to emergency vehicles outside, parts of the building can collapse, making it harder to get inside and save those remaining. It’s tough but rewarding – especially in the more advanced expert mode once you’ve mastered the basic gameplay.

The perfect partner: It’s still about fighting fires together, but Hotshots takes the action into the wild where wind and plants can cause the flames to grow out on control. It also plays very differently, with push-your-luck dice rolling your line of defence against the heated situation. 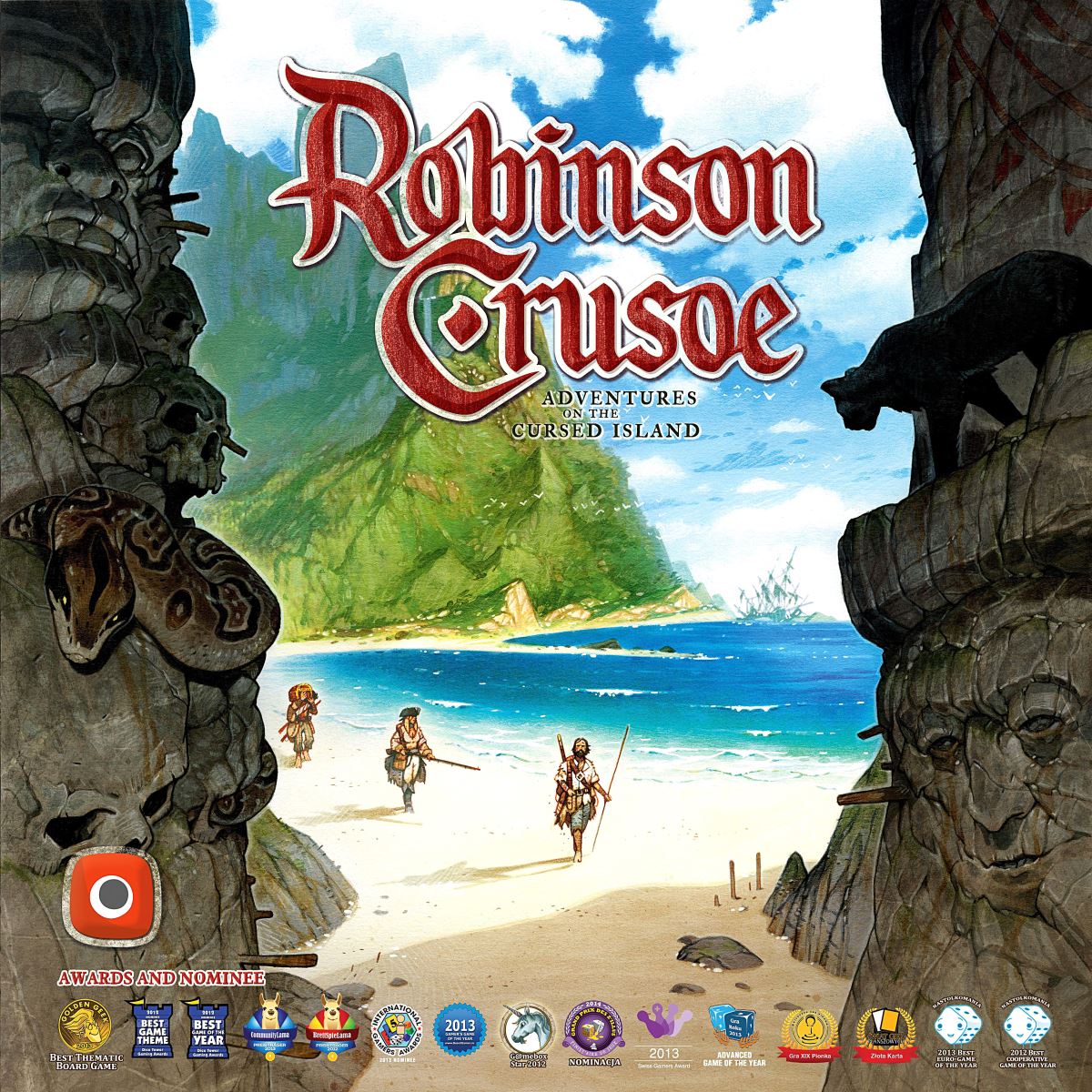 If your gaming group are the kind of people you could survive on a deserted island with, put that faith to the test in this survival sim. You’ll find yourselves stranded on the island and needing to build shelter, gather food, fend off wild animals and make it through the changeable weather conditions, using your skills and teamwork to make it through – and maybe discover some mysteries along the way.

The perfect partner: We didn’t enjoy Robinson Crusoe’s app-enhanced spiritual successor First Martians at all, but with a similar survival premise it might be up your street. What we’d recommend instead is designer Ignacy Trzewiczek’s crime-solving co-op Detective, which focuses on story and puzzle-solving over traditional gameplay – and makes for a fantastic few evenings with your closest friends.