Ten of the Best: Cheap games for under £10 Being short on cash doesn't mean missing out on great tabletop experiences. Check out some of our budget picks

Tabletop gaming can be an expensive hobby, there’s no doubt.

Keeping up with the latest and greatest titles often means making tough decisions about what to spend your board game budget on each month – do you drop nearly £100 on a brand new blockbuster release, or try and split your available funds between a greater number of smaller or older gems that you might’ve missed?

Sometimes life gets in the way, too – an unexpected car bill or birthday can mean waiting a little longer to play the hot game that everybody’s talking about.

But a limited budget doesn’t necessarily mean limiting your gaming experience; there are hundreds of fantastic titles you can pick up for yourself or give as a gift for the same price as a coffee or trip to the cinema. We’ve picked out ten of our favourites that will leave you with change from a tenner. 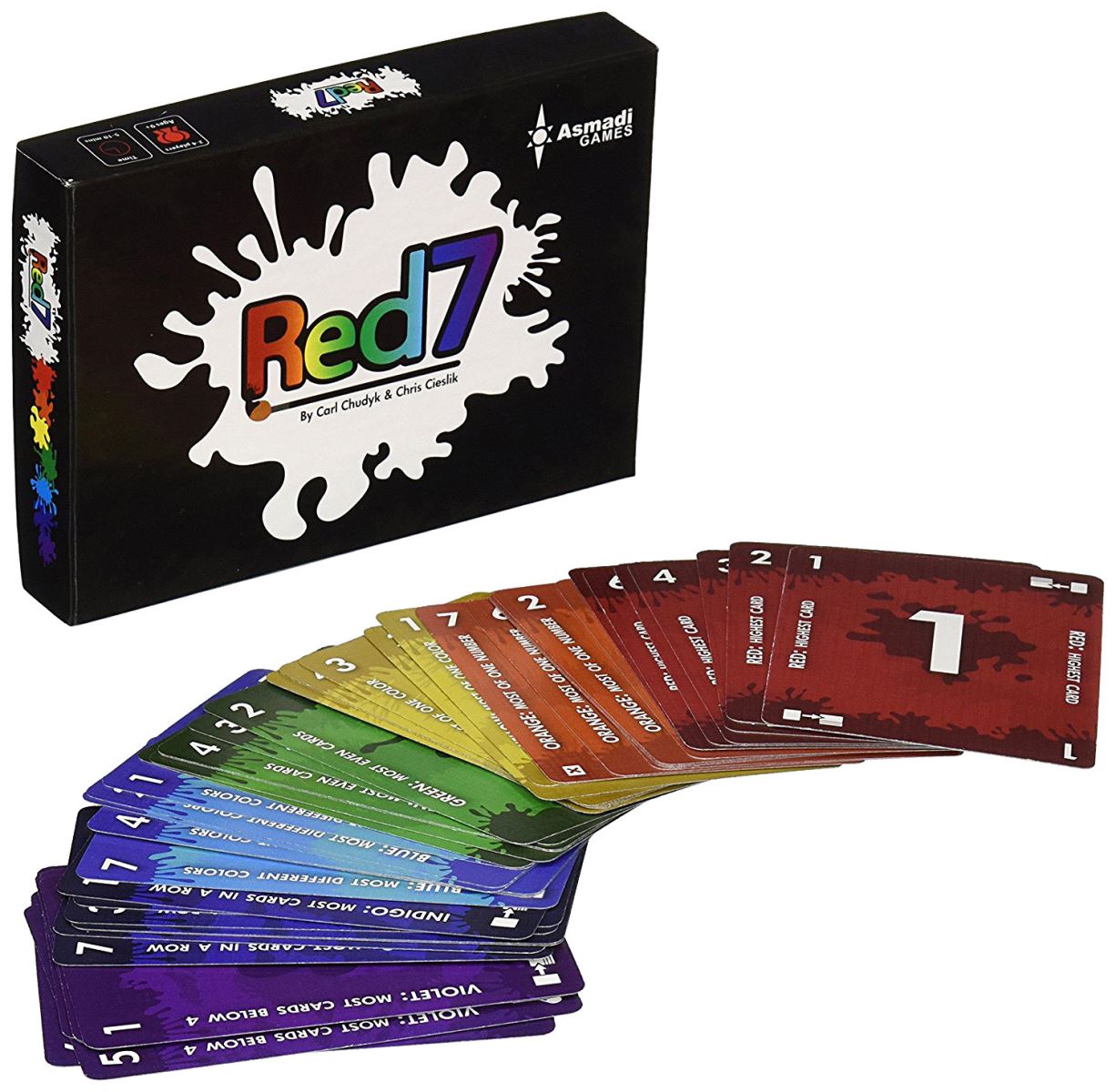 Taking the changing rules concept of something like Fluxx (but with a greater reliance on strategy than pure luck) and applying it to the simple colours and numbers design of Uno, Red7 is a very easy game to pick up and play with a surprising amount of depth. Each round, players can add to the set of cards they have in play or change the current rules based on each card’s colour – or both. Failing to achieve the ‘winning’ rules in play means elimination, simple as that. Red7 can be explained in about 30 seconds and played in as little as five minutes, and can be fittingly picked up for as little as £7 – a bargain, given that you’ll want to play again and again. 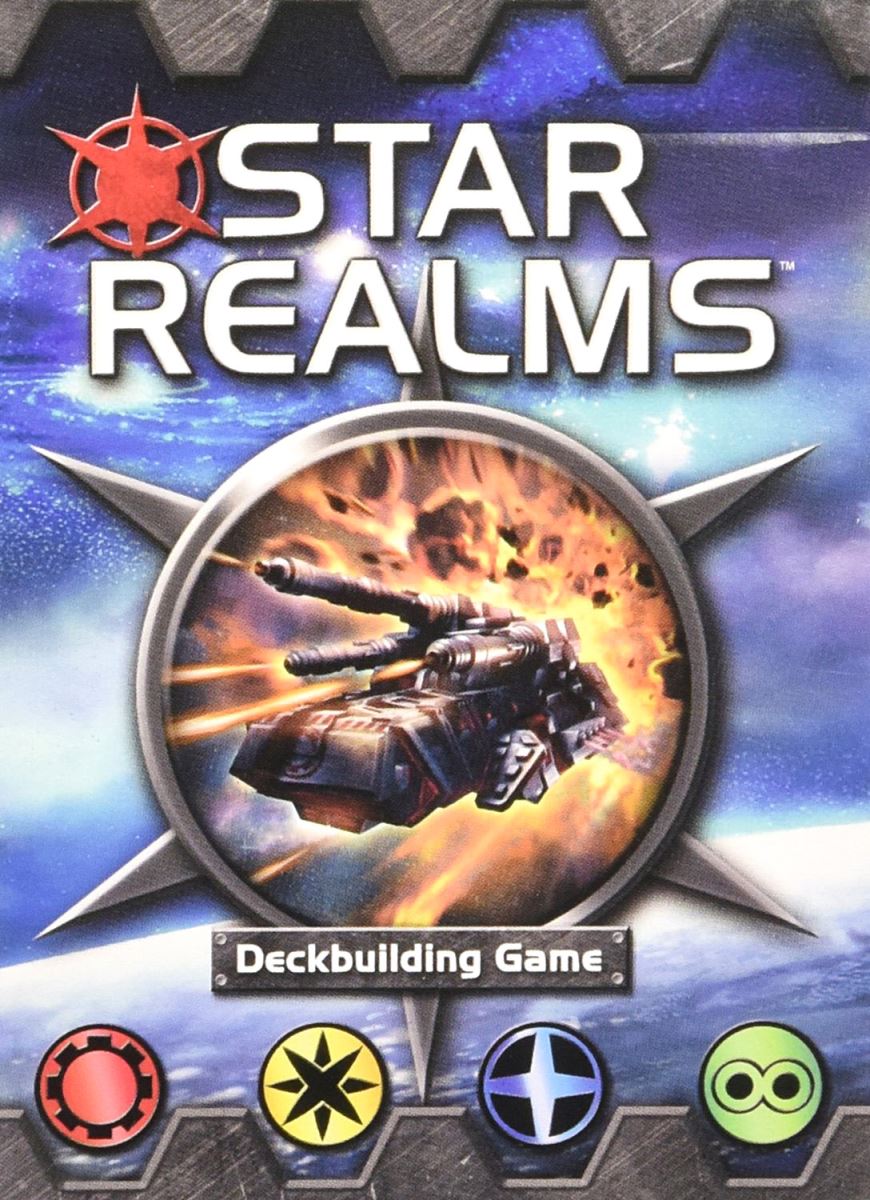 Proof that cheap doesn’t mean shallow, Star Realms is an excellent sci-fi deckbuilder that pits two players against each other in fast-paced space combat. It’s simple to understand, but there’s a satisfying tactical depth to the gameplay and universe as players purchase new bases and ships and boost their trade or combat prowess in an attempt to whittle their opponent’s authority down to zero. What’s even better is that the sets can be combined to support up to six players and two-player matches can be completed in 20 minutes, making it an ideal travel game, too.

A Game of Thrones: Hand of the King 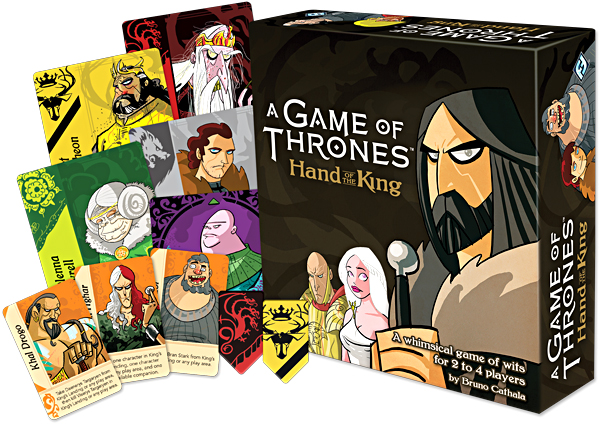 A well-known licence can push up the price of otherwise compact games, but not in the case of Bruno Cathala’s fun spin on the brutal world of Game of Thrones. Featuring cartoon depictions of the cast, Hand of the King sees players manipulating Varys around a grid of cards to gain the support of the houses of Westeros, as well as the powers of companions such as Jon Snow and The Hound. It’s a snappy, mechanically solid game with enough thematic dressing to offer a fulfilling half-hour – and you won’t have to lose your hand (or arm) to get a copy.

Take a look for your copy here 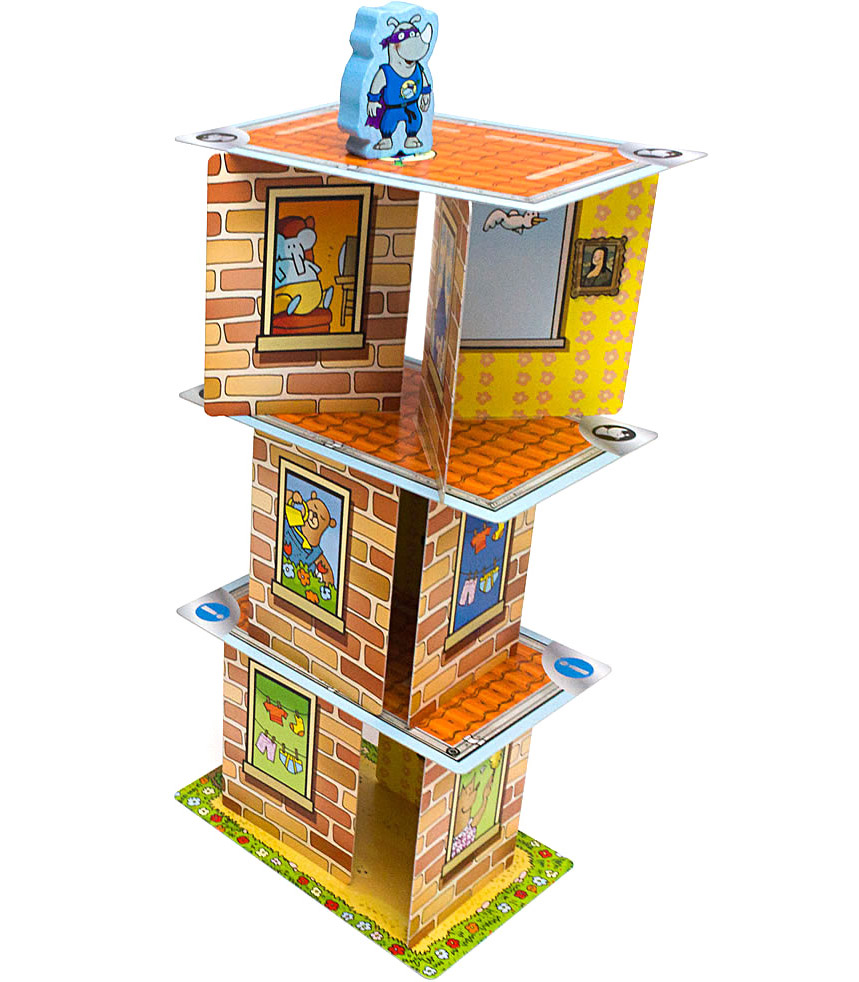 There’s little more satisfying than building a towering house of cards – and little more devastating than watching it all come crashing down. Add in a superhero rhinoceros and you have the recipe for a seriously good time. The aim in Rhino Hero is to take it in turns to grow a skyscraper by placing roof and wall cards, almost like reverse Jenga. Special cards allow you to perform new actions, including moving the titular animal to a new location in the tower – but make sure his weight doesn’t make it crumble! It’s an ace little game for the young and old alike, and a darn sight cheaper than many other – and inferior – kids’ games. 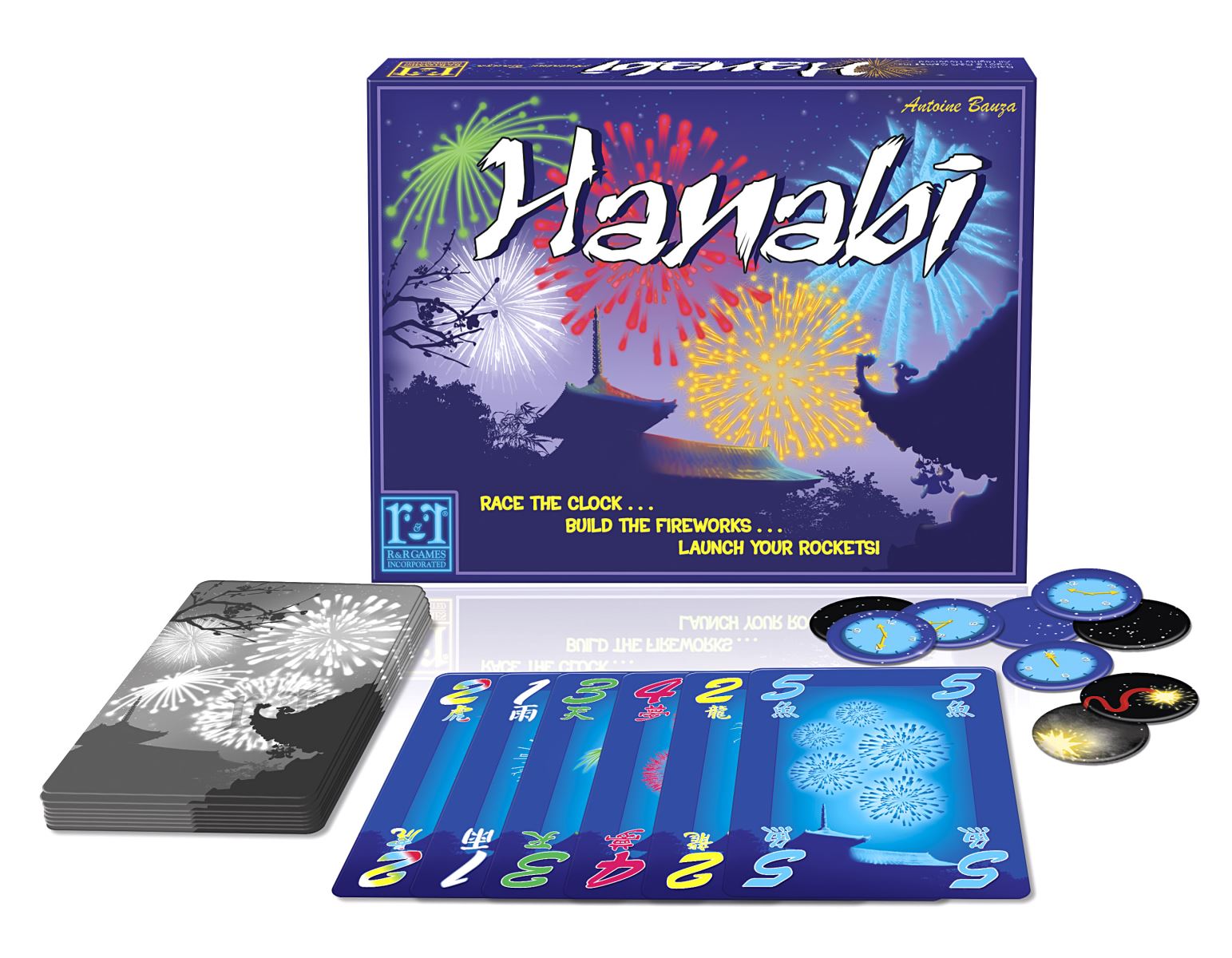 A Tabletop Gaming team favourite, this Spiel des Jahres winner’s gameplay is as bright, entertaining and brief as its fireworks theme. Players are forced to hold their cards outwards so they cannot see them – but everyone else can – and must work together to set off the perfect arrangement of dazzling rockets. To do so is easy: lay down each set of coloured cards in order from one to five. But it’s harder than it sounds when you can’t see what you’re playing! Hanabi is a wonderful little game with plenty of sparkle – and, unlike a box of rockets, doesn't risk setting your garden shed on fire. 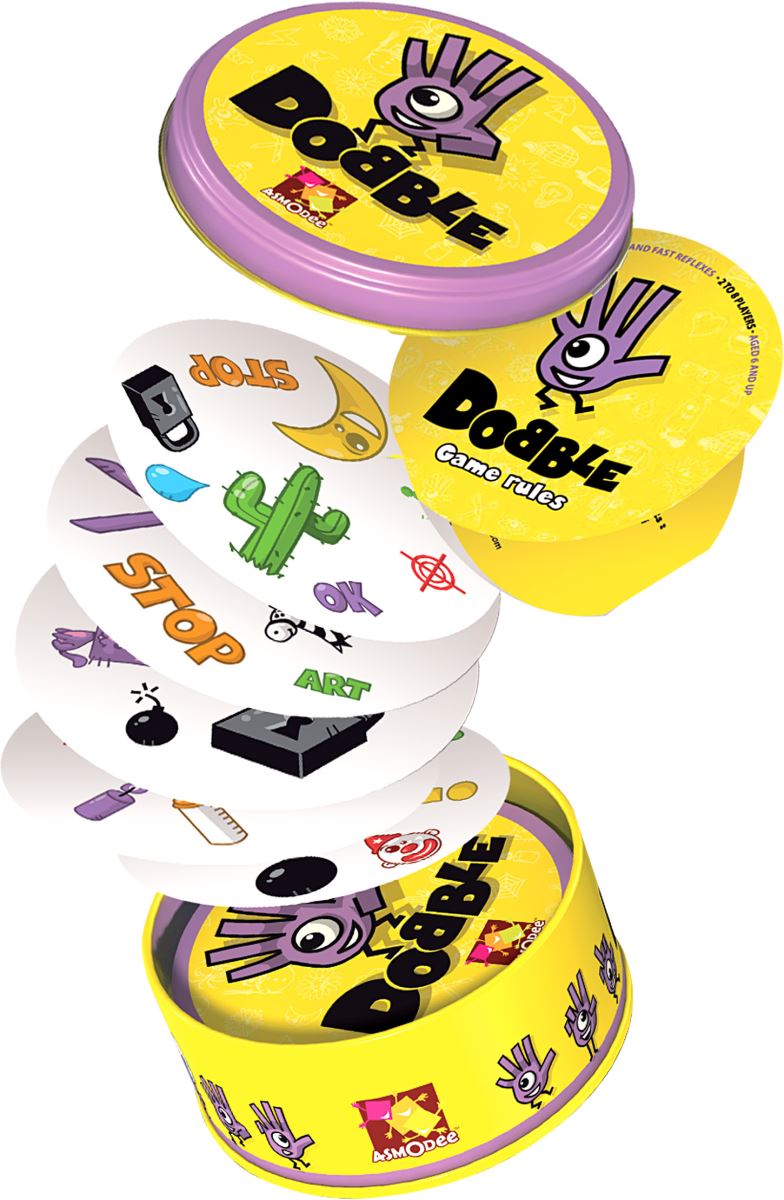 The perfect title to play with kids (who will probably beat you thanks to their young brains), Dobble’s lightning-fast spot-the-match gameplay takes a one-note idea and transforms it into a gripping observation race. It proves to be much more intense and replayable than you might first expect thanks to the smart design – only one symbol on each of the 50 cards is ever a match. The portable diddly tin also comes with suggestions for a variety of different game variants, too, giving it plenty of long-term life. 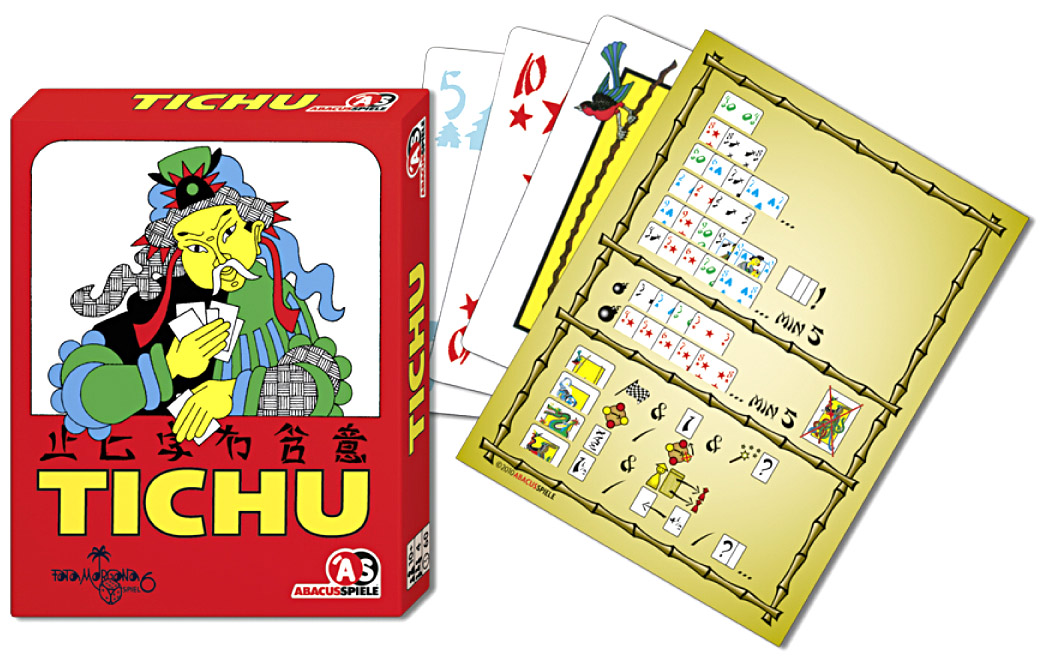 A more traditional alternative, Tichu is essentially a playing card game (but with four extra cards) that blends together elements of bridge and poker with Chinese climbing card titles. The aim is to ditch all your cards by forming sets of increasingly higher ranks, utilising the special powers of unique combos or cards to score as many points as possible. You can actually make a custom set using a couple of packs of playing cards, but the official box will hardly break the bank and will last a lifetime. 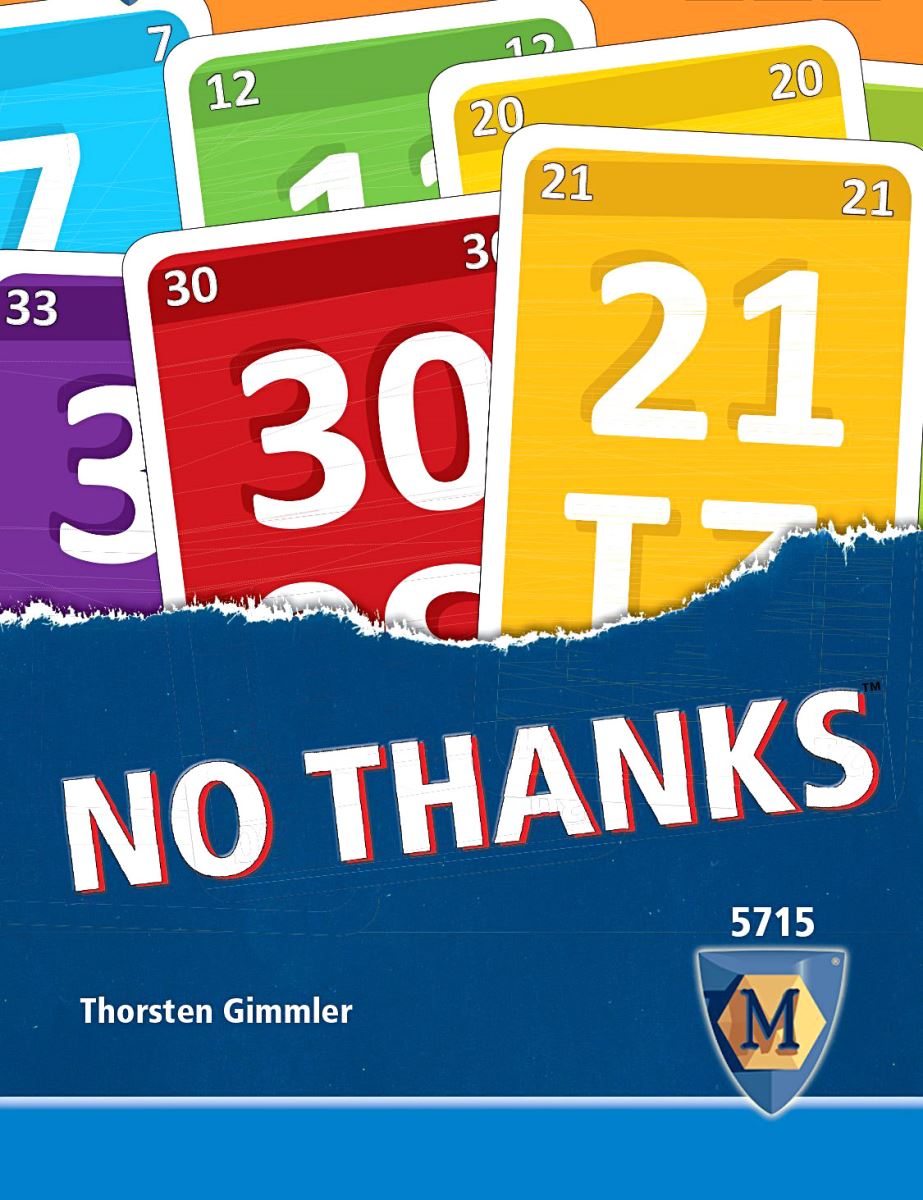 Another winning combo of bright colours, numbers and minimalist gameplay, No Thanks is a neat filler game of resource management and set collection. There’s only one decision to make: keep a card offered to you, and collect chips placed on the card by players who refused it, or don’t, paying a chip to pass it on. Easy, right? Only the choice becomes a complex dilemma because you want as low a score as possible by the time the deck runs out – so picking up high-scoring cards is bad, but chips take away points. We should add No Thanks’ title is a little politer than some of the phrases normally heard while playing – but despite how it sounds, it’s a guaranteed hit among friends and strangers alike. 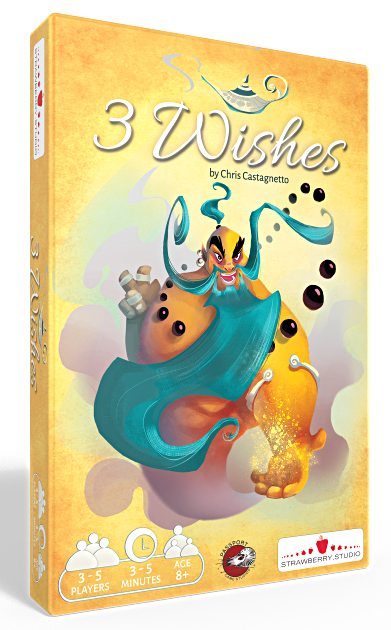 The most wallet- and purse-friendly game on this list, 3 Wishes is an adorable card game that plays in under five minutes and costs about as much as a sandwich. Each player has three cards, with two left facedown on the table. Each turn, players can swap or sneak a look at a card, aiming to collect a set of three matching wishes (hence the name). That’s about it! The gameplay is as stripped back as it comes, but it’s more than worth a few quid and a couple of minutes of your time. 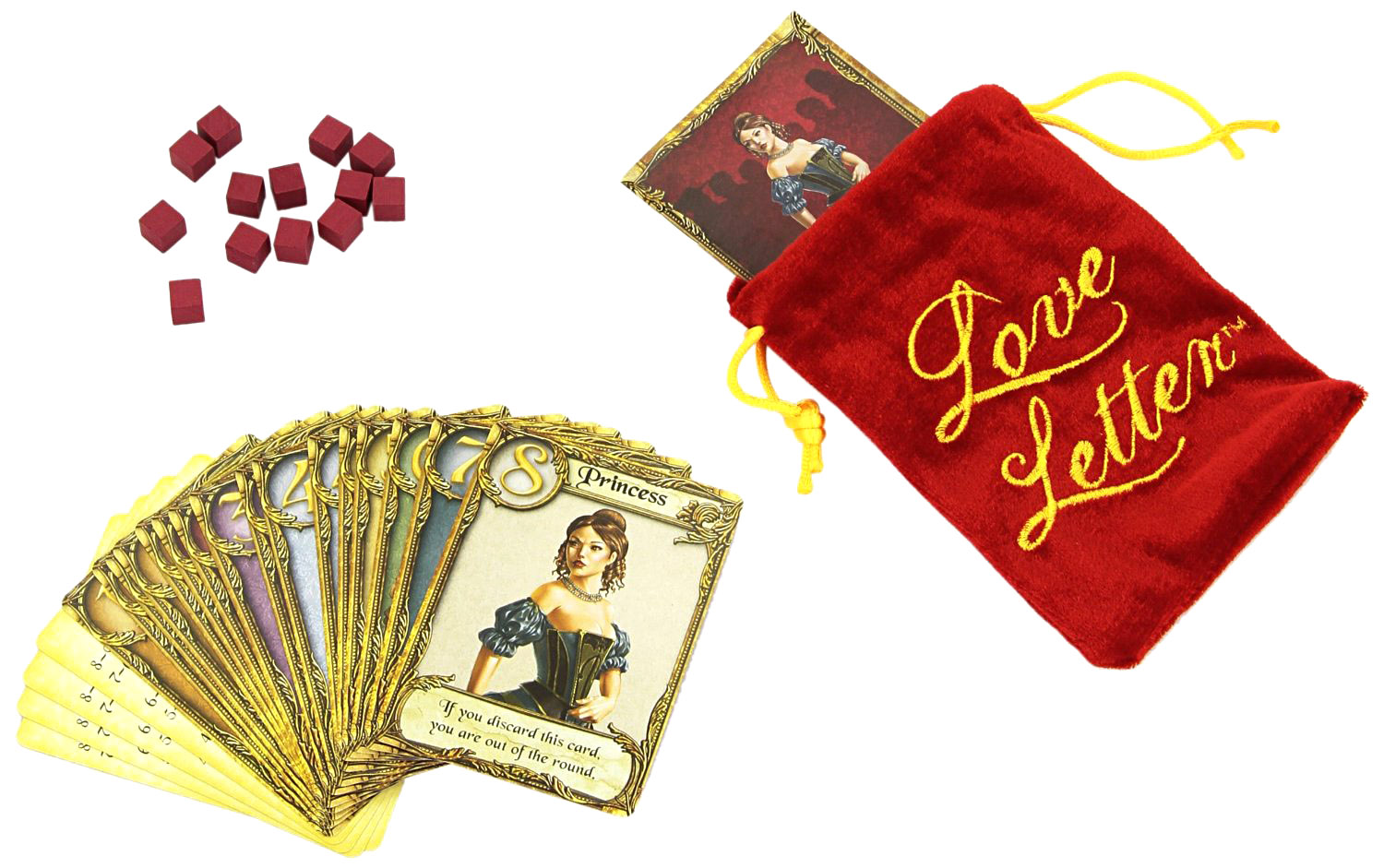 A common sight in our '10 of the Best' lists, Love Letter is a perfect icebreaker or filler game, taking very little time to setup, explain and play – but offering a massive amount of enjoyment and social kindling thanks to its tight deduction and decision-making core. You can pick up the original for well under £10 or – we’re cheating a bit here – invest a little more if one of the many, many themed spin-offs out there catches your fancy.

This article originally appeared in the June/July 2017 issue of Tabletop Gaming. Pick up the latest issue of the UK's fastest-growing gaming magazine in print or digital here – or subscribe to make sure you never miss another issue.