As the New Year kicks off, we’re looking ahead to find the upcoming games set to define a 2019 full of tabletop excitement 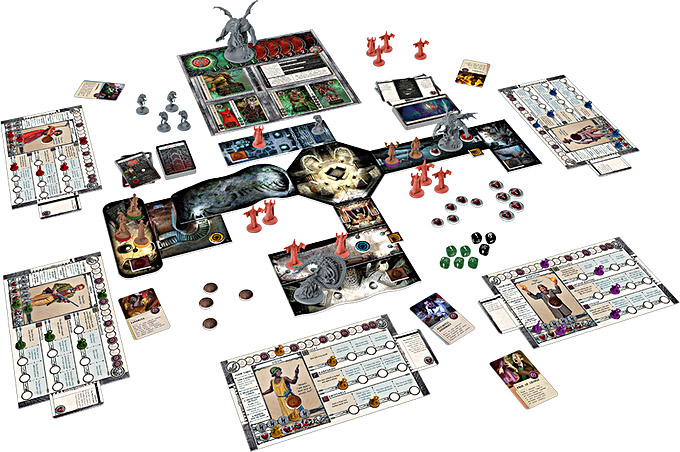 Two of gaming’s most revered designers are taking on one of the tabletop’s most popular themes. Death May Die is a collaboration between Eric Lang (Blood Rage, Rising Sun) and Rob Daviau (SeaFall, Pandemic Legacy) and sees players battling the forces of cosmic horror – but unlike Eldritch Horror and its ilk, here the ritual to awaken the slumbering nightmare has already begun. The episodic adventure mixes story, action and atmosphere – plus plenty of monstrous miniatures.

After raking in a cool $2 million on Kickstarter last year, Death May Die is due to emerge from the realm of nightmares this July.

2. Tidal Blades: Heroes of the Reef 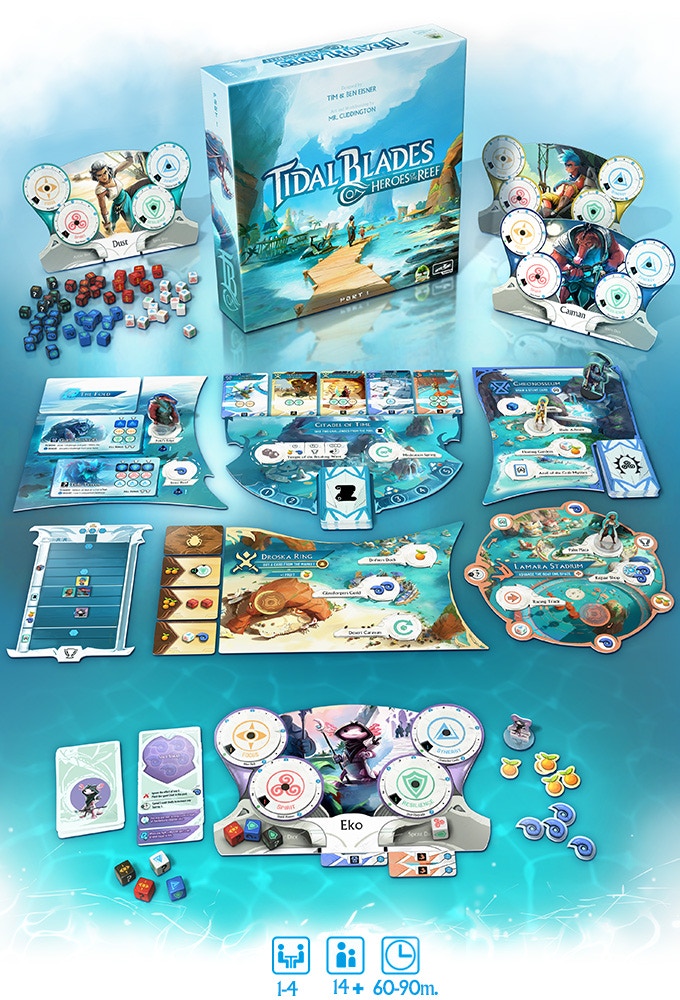 Set in a stunning fantasy world created by artist duo Mr. Cuddington, Tidal Blades blends worker-placement and dice-rolling as players take on the roles of contestants in a tournament competing to prove their place as a champion. The characters progress and improve their skills, upgrading their dice to better tackle the islands’ challenges and defeat monsters.

Another crowdfunding success, Tidal Blades will reach our shores sometime in October. 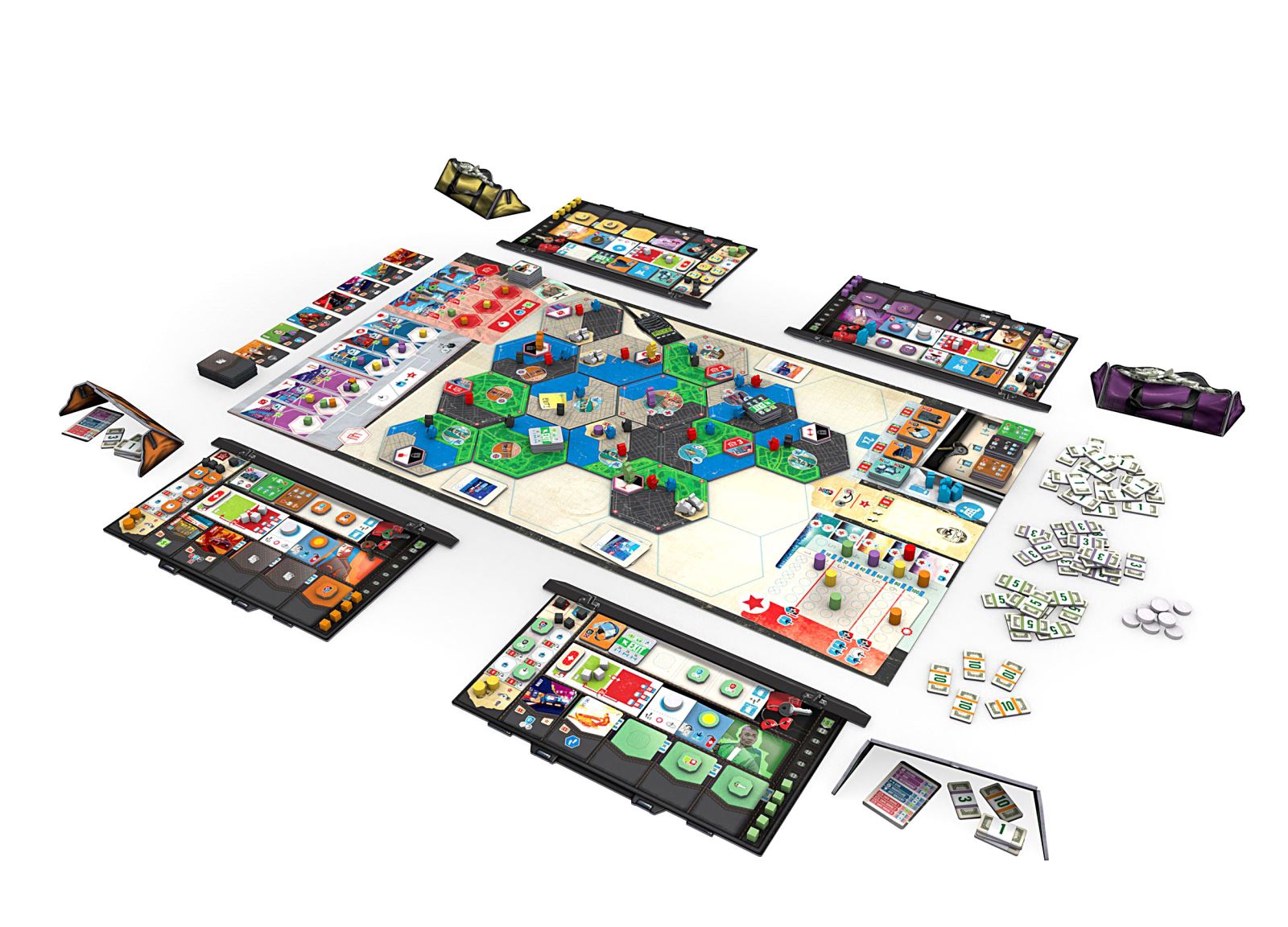 A jolt of thematic adrenaline for designer-artist partnership Vital Lacerda and Ian O’Toole – the pair behind thinky wine, art and city-reconstructing strategy games Vinhos, The Gallerist and Lisboa – Escape Plan is a bank heist game that, like Tarantino flick Reservoir Dogs, skips the heist itself and jumps straight to the aftermath. Players’ thieves are trying to flee the city with their money, avoiding SWAT teams and roadblocks as they bribe police, use disguises and even turn on their former companions to save their own skin. It’s every thief for themselves – don’t expect anything to go to plan.

Escape Plan will stage its getaway in June – you’ll definitely want to catch it if you can. 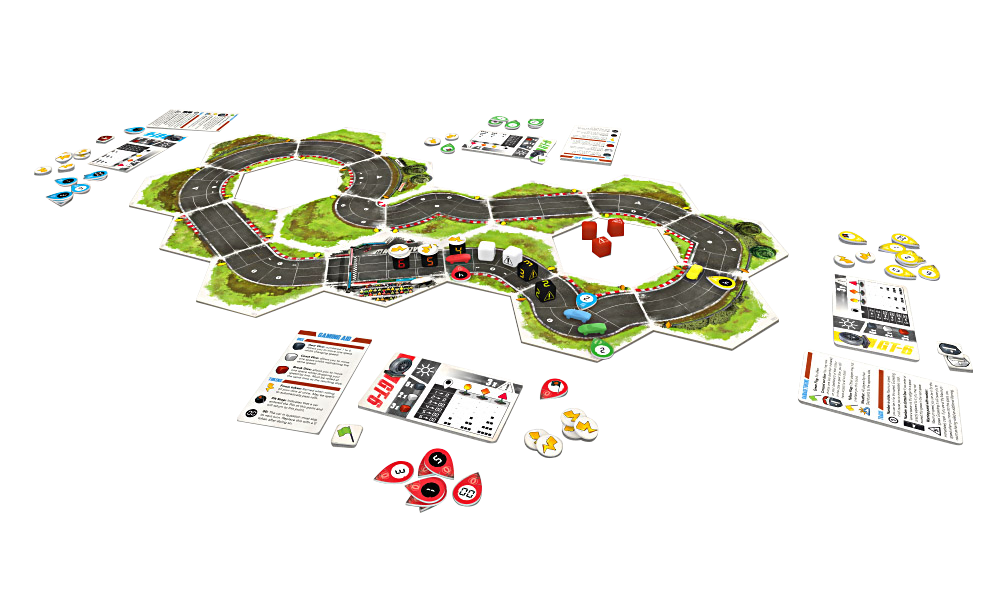 Six years after it went out of print, the cult racing game is out of the garage and back on the track. This souped-up new edition of Jean-Christophe Bouvier’s dice-chucking rally sim adds new mechanics, including elements of expansion Rallyman: Dirt, a stronger focus on circuit racing and tweaks to stop cars spinning out as much of a problem. The set also swaps the game’s modular double-sided boards for hexagonal tiles to create custom tracks and adds in models to represent the cars themselves.

With 2019 marking a decade since Rallyman made its debut, it seems the perfect time for the latest edition to rev up a new audience. It’ll be speeding onto tables in November. 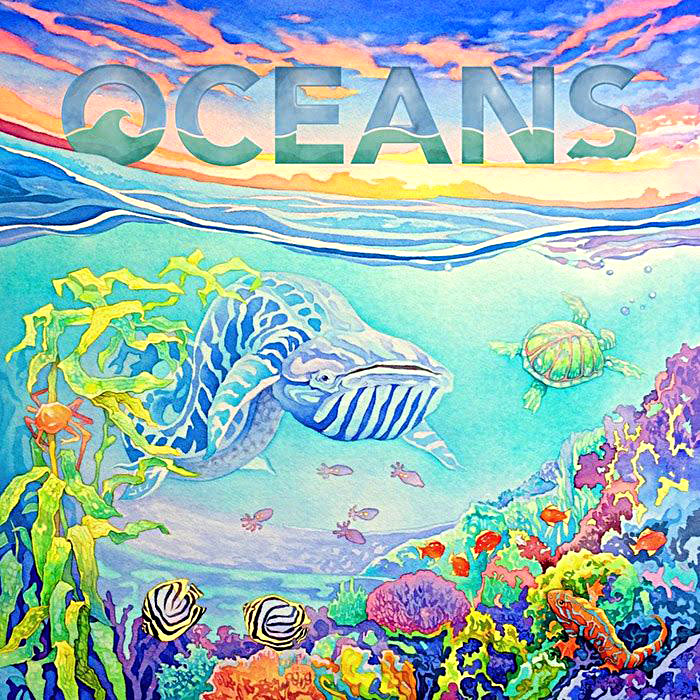 The next standalone game in the animal-adapting Evolution series is taking a deep dive into our world’s big blue. Oceans simulates the real-life ecosystem of the seas, with players’ creatures gaining traits to help them survive the underwater environment. The card game is said to be the biggest Evolution game yet, having been in the works for more than four years and experts contributing to its scientific accuracy.

A Kickstarter for the game is due to run in February, with backers of the campaign getting their hands on the box over the summer. Everyone else will have to wait until September, when Oceans should float its way onto shelves. 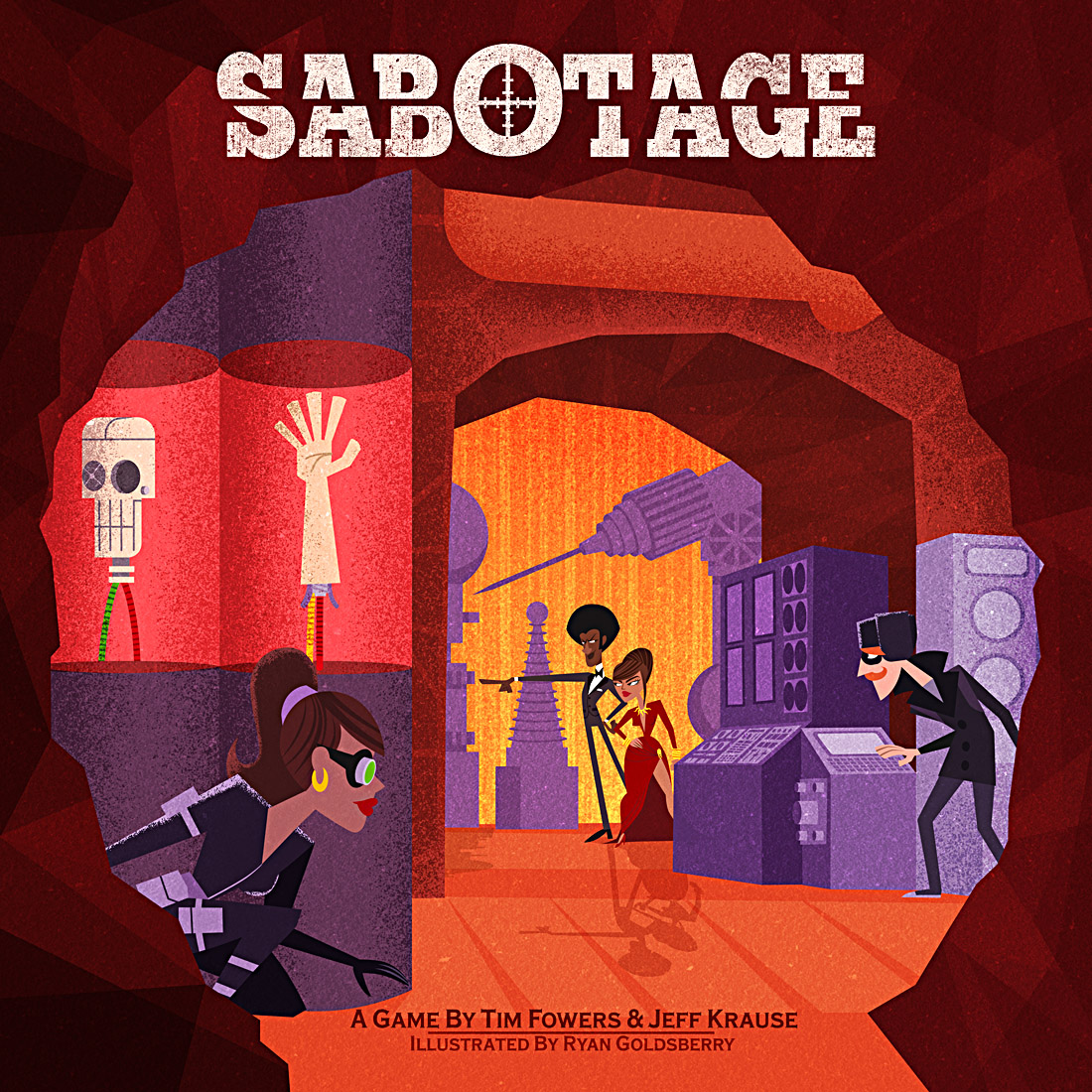 The third game to expand designer Tim Fowers’ shared world of stealth co-op Burgle Bros. and head-to-head showdown Fugitive, Sabotage is a team game of spies and villains. A cat-and-mouse chase, each team plots their moves on a grid, spending dice results to move around and locate their opponents, using their tools and talents to either hack the villains or power up their doomsday devices. A combination of hidden movement, dice rolling and deduction, it looks to be another thrilling espionage experience.

Find Sabotage sneaking its way into your collection this April.

7. Jonathan Strange & Mr. Norrell: A Board Game of English Magic 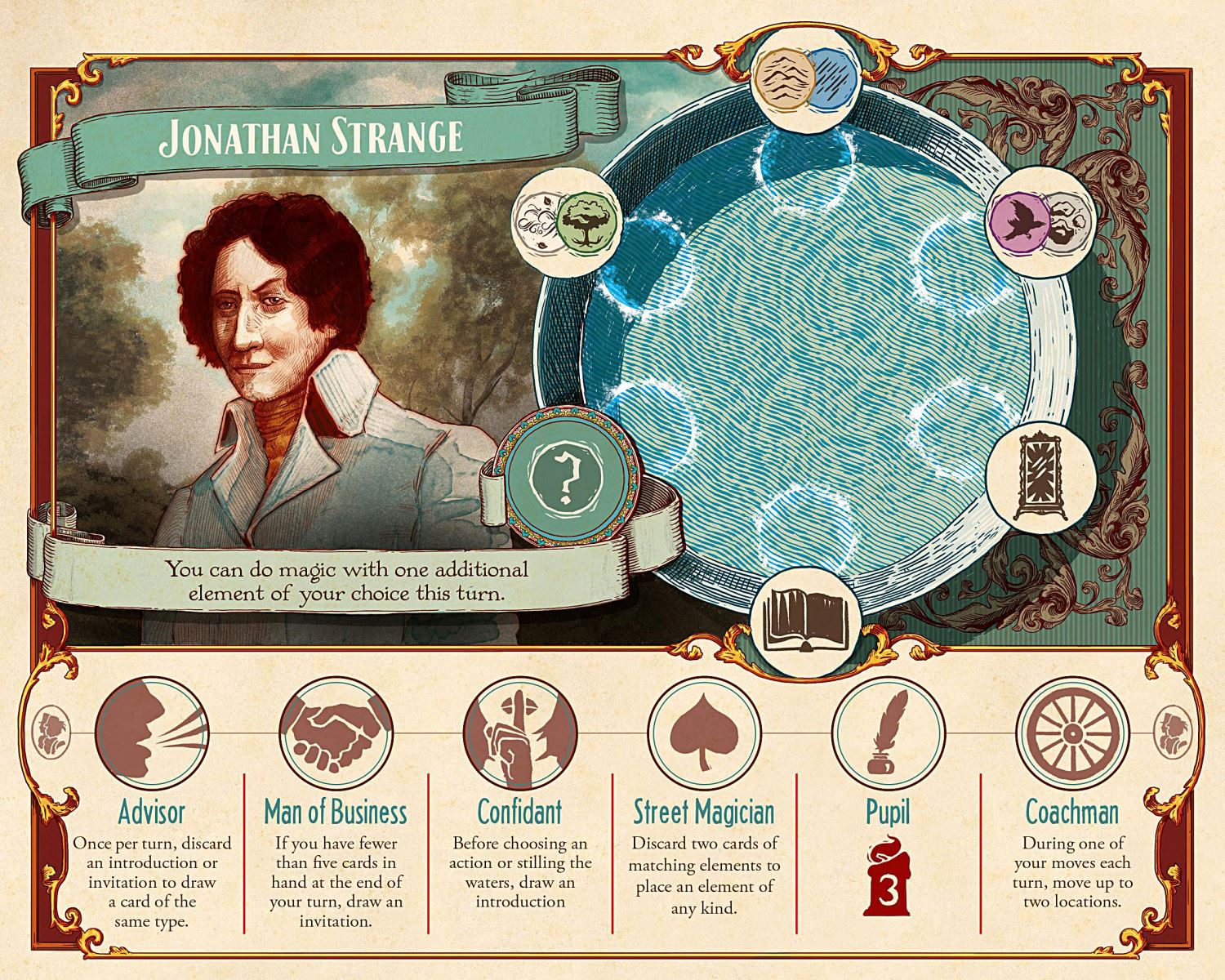 Based on Susanna Clarke’s enchanting novel-cum-BBC TV series about 19th-century magicians, this game is sure to cast its own spell on players. Little wonder, given it’s designed by Marco Maggi and Francesco Nepitello – known for their beloved Lord of the Rings epic War of the Ring – and illustrated by acclaimed artist Ian O’Toole. The game itself will turn players into magicians aspiring for greatness, balancing their studying of the mystical with their social presence to become a world-renowned master of magic. In their way will be the mysterious gentleman with the thistle-down hair, the dangerous magic-user from the novel.

You can cast accio (yes, we know that’s a different book about magic) on this magical board game in June. 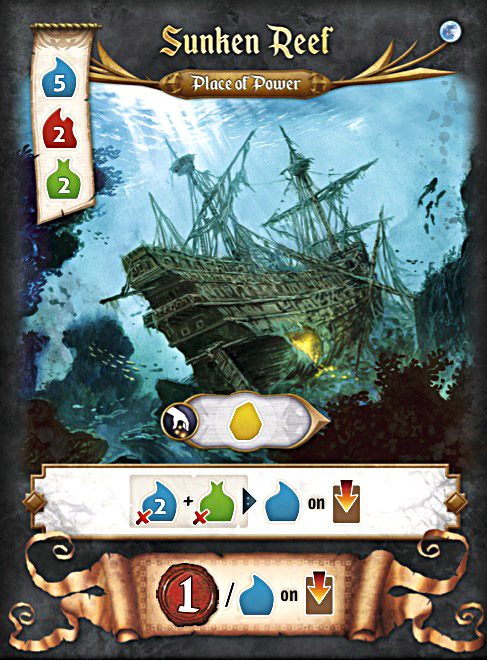 Race for the Galaxy creator Tom Lehmann is shifting from sci-fi to fantasy but keeping the deep strategy and satisfying engine-building elements in his latest card game. Res Arcana’s hook is that players can only use eight cards each match, from a total selection of 40. The deliberate restriction makes maximising each action crucial to gaining the 10 points needed to win, summoning creatures, claiming valuable places and earning magical essence to outpace your rivals. Described as Race for the Galaxy meets Magic: The Gathering from the mind of one of gaming’s best-loved designers, it’s an unmissable release of the year.

One of the few games on this list to have avoided crowdfunding, Res Arcana will be headed straight into players’ hands in February. 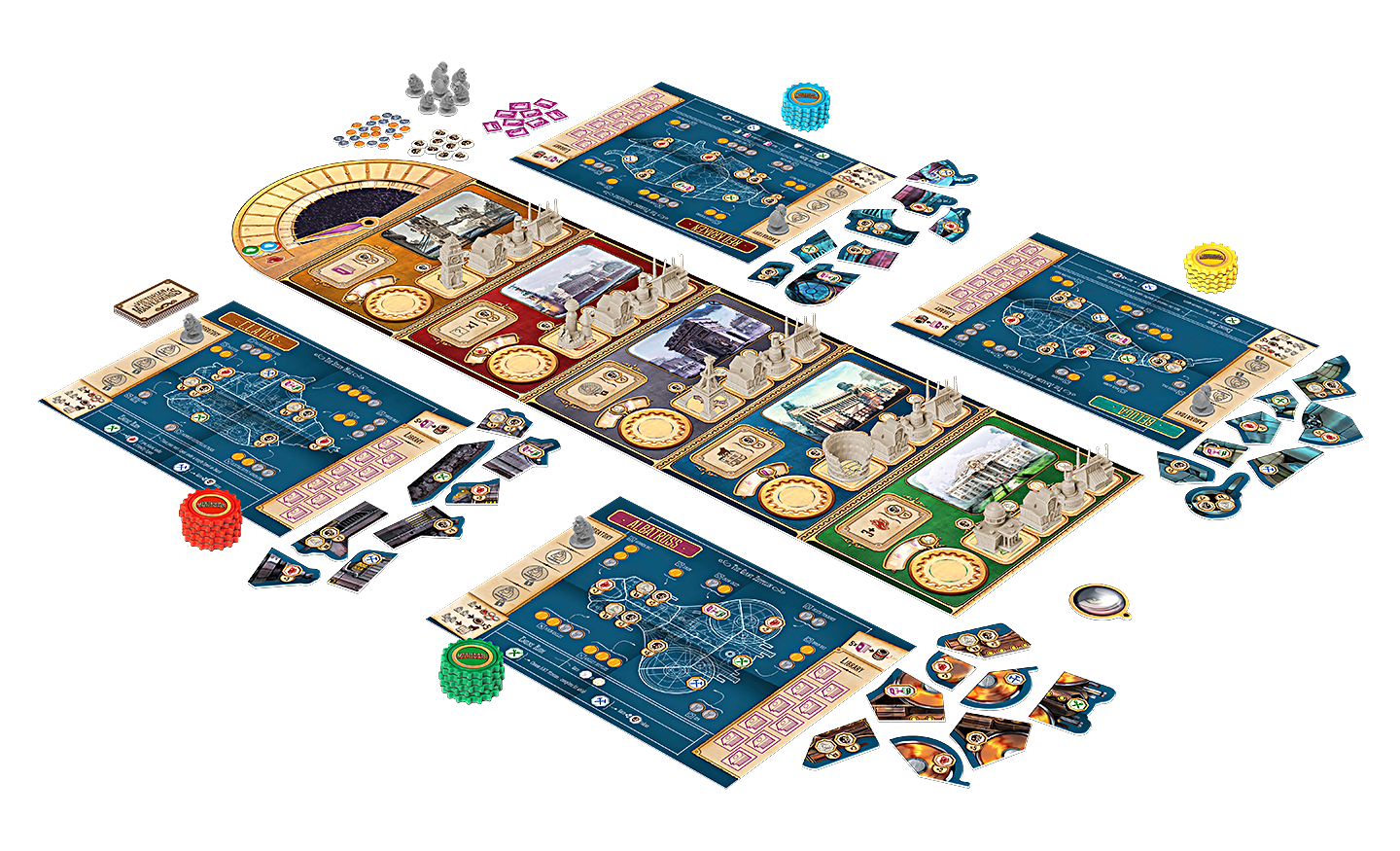 It’s 7 Wonders, Hanabi and Tokaido designer Antoina Bauza’s turn to team up with Eric Lang in this long-awaited worker-placement game set in a steampunk world where Sherlock Holmes is dead and villains rule supreme. Originally revealed more than three years ago, the game sees players trying to build an evil contraption to take over Europe, ordering their henchmen around to collect the necessary parts and (hopefully) avoid the secret service on their rail.

After missing its already delayed release date last year, Victorian Masterminds should finally see the light of day at the end of January – we’ll see… 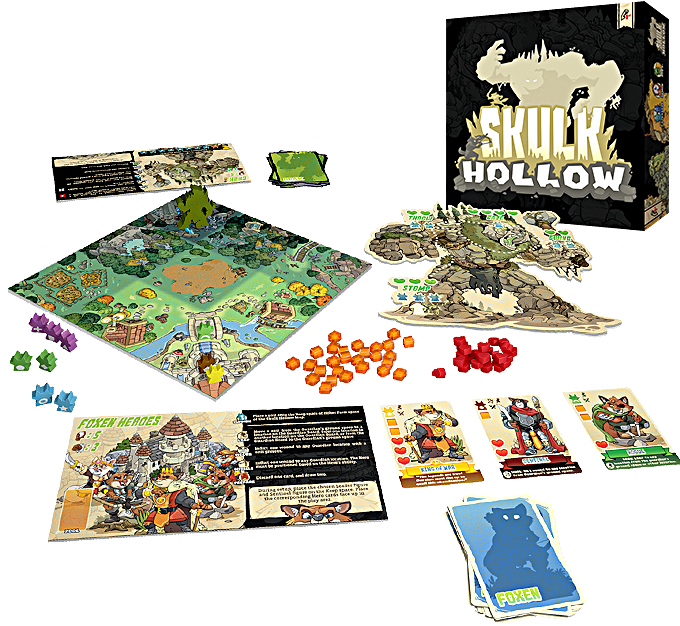 Shadow of the Colossus meets Root in this head-to-head showdown between a band of Foxen heroes and the towering Guardians that threaten their woodland realm. The two-player game features a striking sense of scale as the group of warriors climb from the overhead map grid onto the Guardian board, hoping to weaken and ultimately topple the goliath creature. With asymmetric cardplay, beautiful visuals and a wholly original way of making beasts feel bigger than ever, Skulk Hollow is a little game with huge potential.

It won’t be until October that Skulk Hollow sets out on its adventure – but everything we’ve seen so far suggests the wait will be worth than worth it.