Ten of the Best: Underwater Games The deep blue sea holds many mysteries in gaming – not only does it allow the hundreds of games about being a pirate to bob about on the surface, it’s also a richly explored theme beneath the waves. Get your snorkel out and join us to explore some of our favourite underwater themed board games. 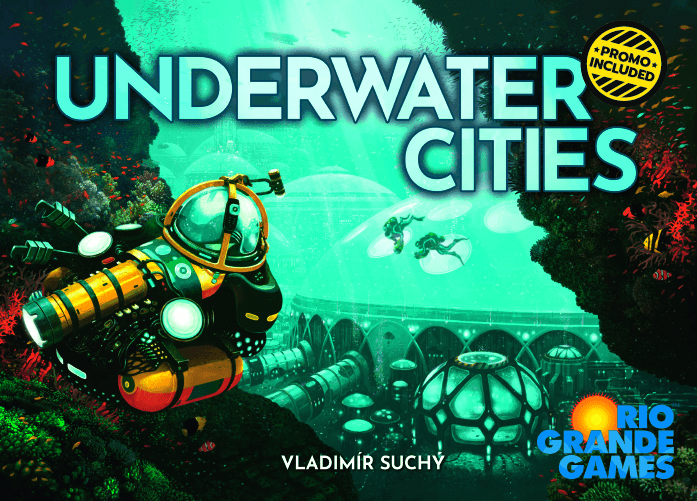 A titanic classic of underwater base building from Vladimír Suchý. Players take on the role of underwater colonizers, hoping to make their own little bubbles of civilization work most efficiently. You’re building a network of resource generating locations by playing cards, ideally, into their matching coloured slots. While it’s at the heavier end of the spectrum its accessibility is something to be admired, with replayability coming from a vast array of different strategies which can be perused in your civilisation building. A masterpiece.

You can also read our review of it here, and buy your own copy here 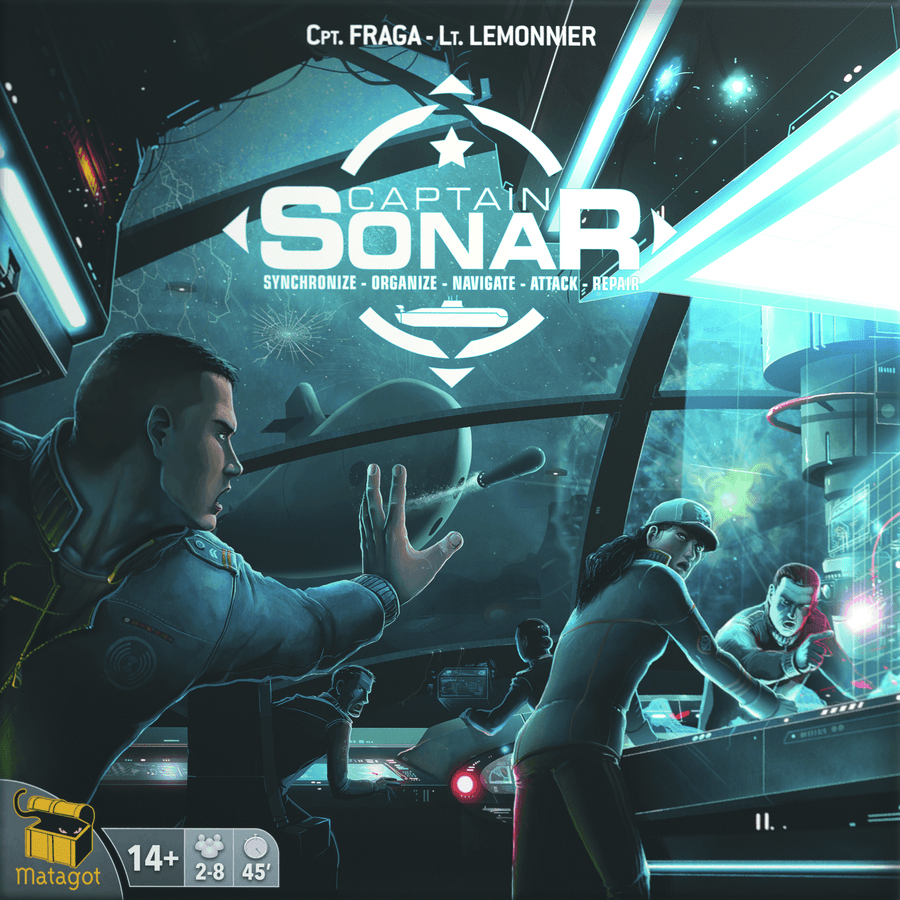 One for when everyone can meet up again and play an exciting team game of split responsibilities in an entirely un-socially distanced environment. Work together with your team running mapping, engines, sonar and a bit of captaining in this dramatic submarine game of cat and mouse. You’ll be trying to work out where the enemy submarine is, and then sinking it. Of course, they’re trying to do the same, without running aground. A chance to test our teamwork in a big group. 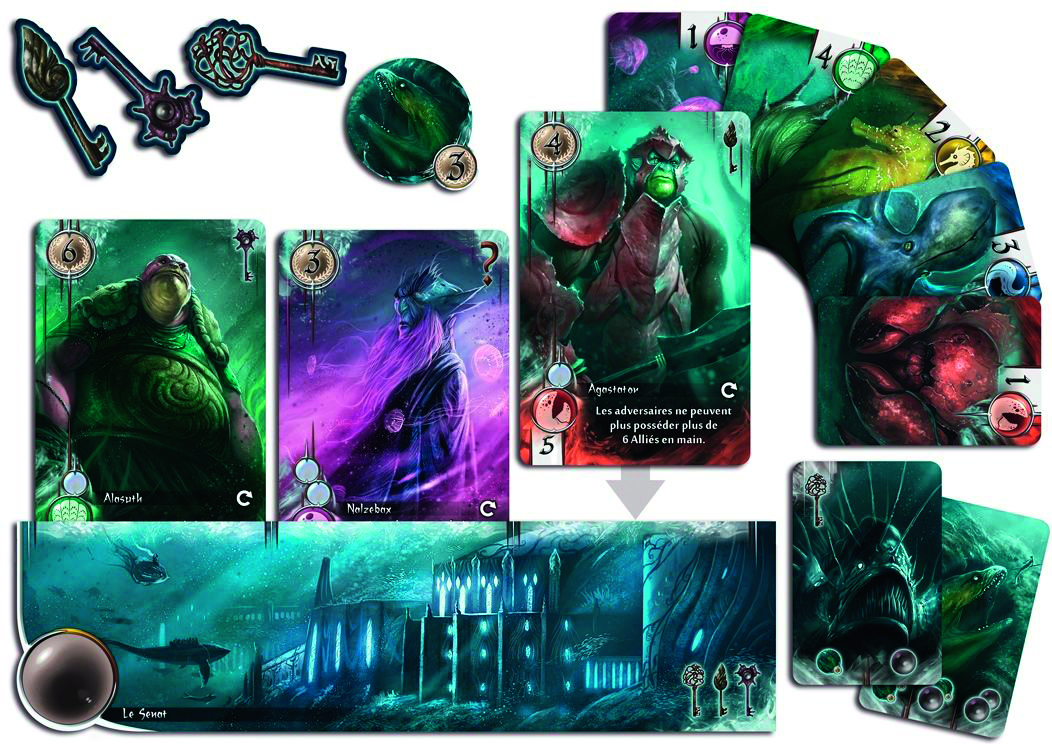 Bruno Cathala’s extremely chill card collection game set in the iridescent gloom of an underwater kingdom. You’ll be bidding and buying allies from the deep, which can grant you favour of the available lords, who in turn can be cashed in for the game winning lands. Of course, as you trade up this scale, you’ll lose out on the powers you were granted along the way, making timing absolutely everything. A relaxed game that you can let wash over you, you know, like the tide.

See our in depth 'Have you Played?' feature by clicking here 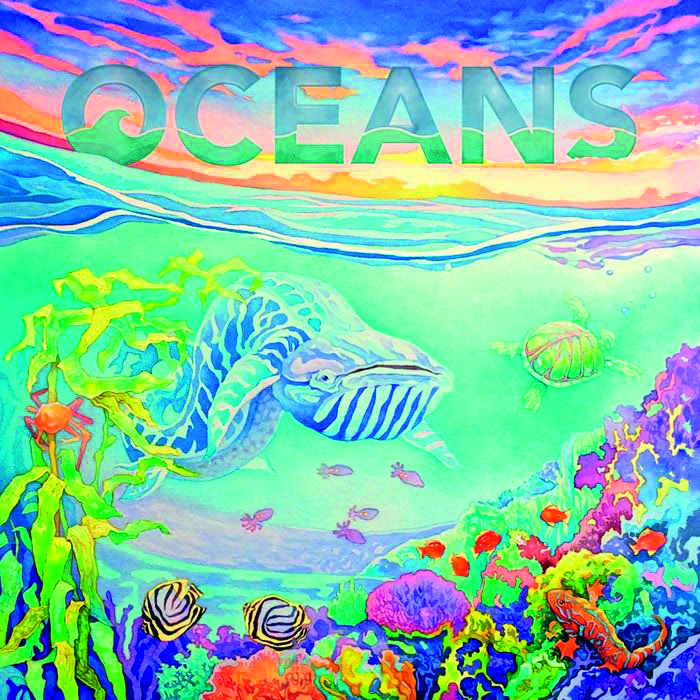 An impossibly beautiful game of pastel creatures from the oceans of the world evolving with the mystical powers of the deep. A tactical engine builder where players must evolve (this is the standalone sequel of sorts to Evolution after all) their organisms from the microscopic all the way up to the legendary and mythical. Players also have scenario cards to deal with as the ecosystem they are trying to survive within changes around them throughout the game. A fitting game from Dominic Crapuchettes, a man who started his game studio North Star after nearly getting lost at sea on his fishing boat.

Buy your copy of Oceans by clicking here

Want to read our full review of Oceans? Check it out here! 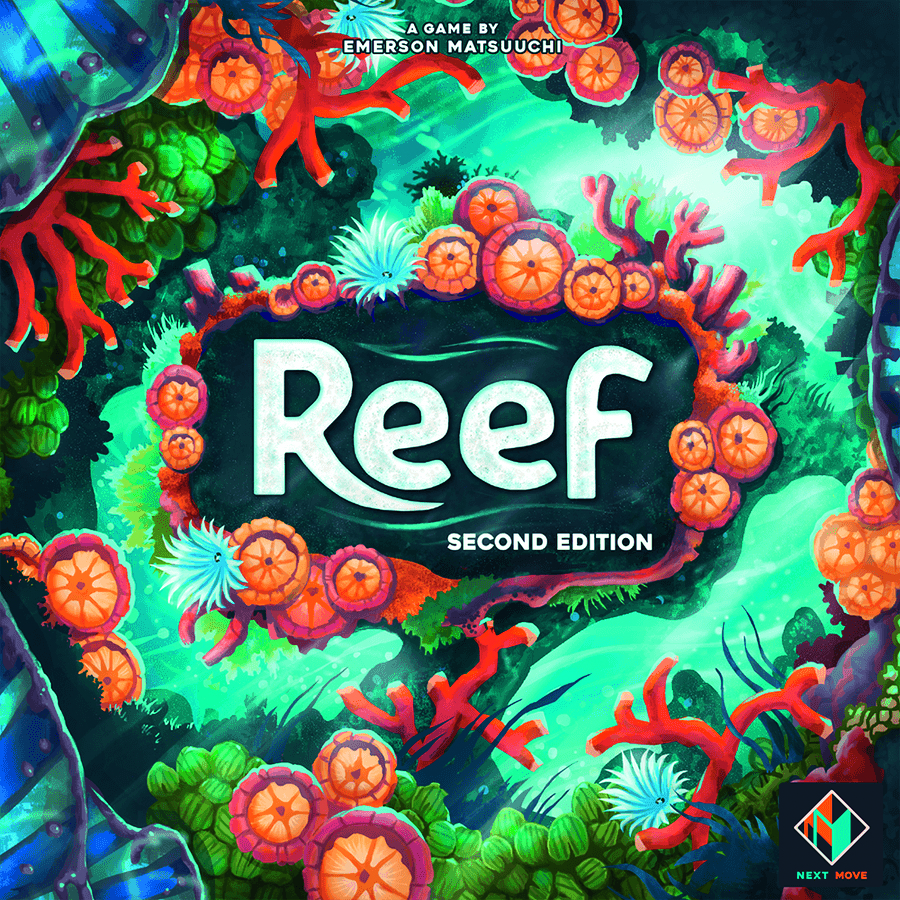 Stack them high, or not, in this somewhat three dimensional pattern making game of delayed points. Players take delicious (at least in the new second edition) looking plastic reef tokens and stack them in their own personal habitat. Whatever can be seen from above, regardless of what height it is, is the pattern plane you’re working on. You then have the choice each turn of play more reef tokens or take a scoring card from the market – take the card now and score, or expand to get more points later, if your opponent doesn’t beat you to it. It’s a simple game with hidden depths and tons of repeat plays in it – which is what we have come to expect from Emerson ‘Century’ Matsuuchi.

Buy your copy of Reef by clicking here 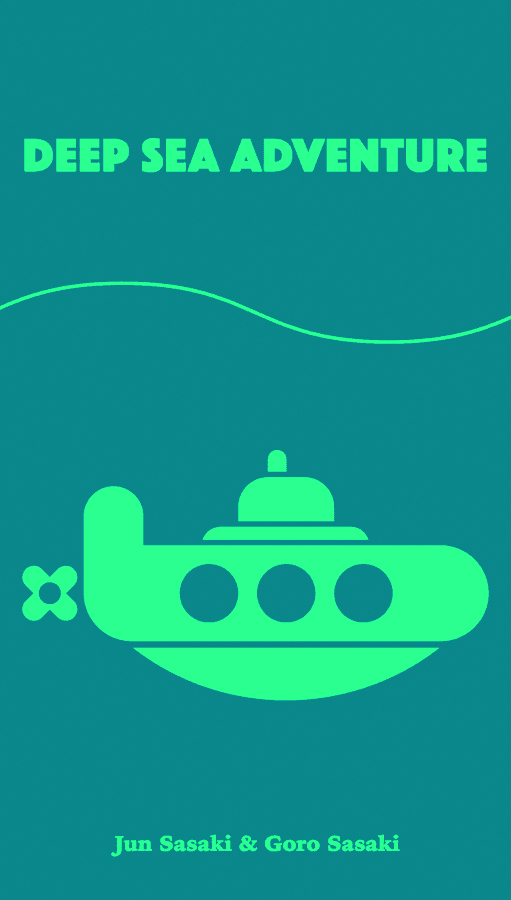 Hold your breath, with your friends. You’re going down to find some treasure, but you’re all sharing the same oxygen supply. Of course you’ll all work together to make sure everyone comes back alive, right? No, someone will push the collective luck of the group and it’ll all end in tragedy. For the brave, or reckless, great spoils lay at the bottom of this deep sea adventure – the question is whether you’ll have any friends left afterwards. Another smash hit from the creators of other small boxed delights, Oink.

Meet the makers! We spoke to the distinctive studio about small but mighty games 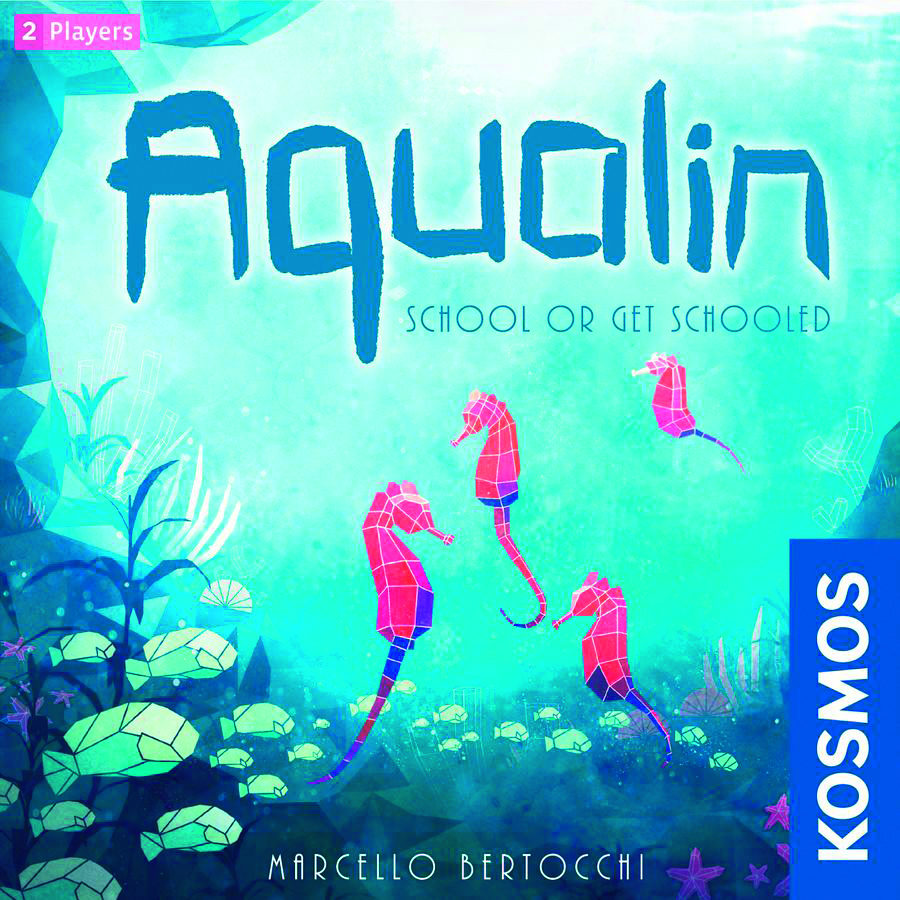 Hold this box to your ear, and you’ll hear the ocean lapping up some shingled beach somewhere. That’s mainly because the pieces within the box are made of some magical plastic that sounds really good when they bump together. Which is great as this is a game of shifting your tiles around on a grid, hoping to make huddles of creatures, or collections of colours. Each player takes one of these goals each and they shuffling about begins. Despite the very simple puzzle at the heart of this game, the direct back and forth conflict between players makes it perfect for a two player only session.

Pick up your own copy of the game by clicking here 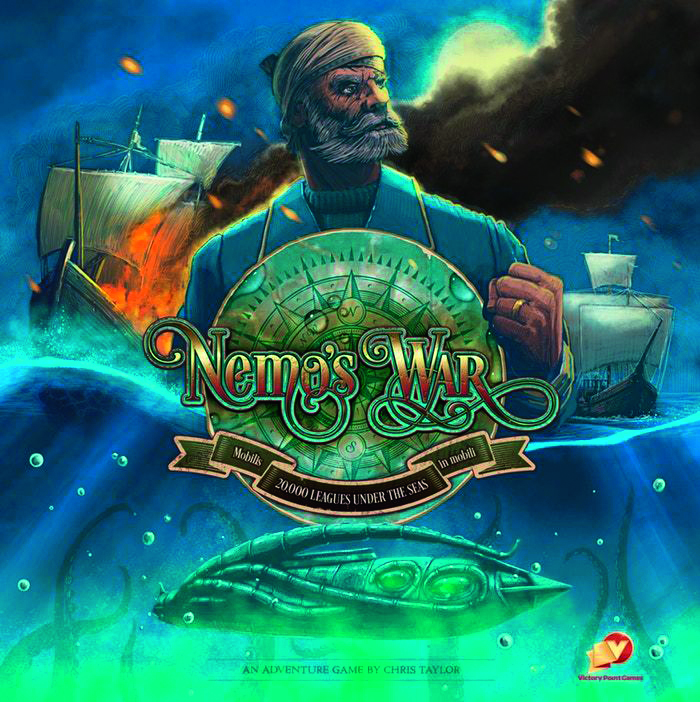 If you’re looking for a solo jaunt, then this tale of the high seas and what lies beneath might be the answers. Based on the Jules Verne classic, Twenty Thousand Leagues Under The Sea, players take on the role of Captain Nemo. It uses an action point system to get you moving between the oceans and fighting off big squids on your way to discovering Atlantis (amongst other places). The second edition is illustrated by the great Ian O’Toole, so it’s beautiful too. 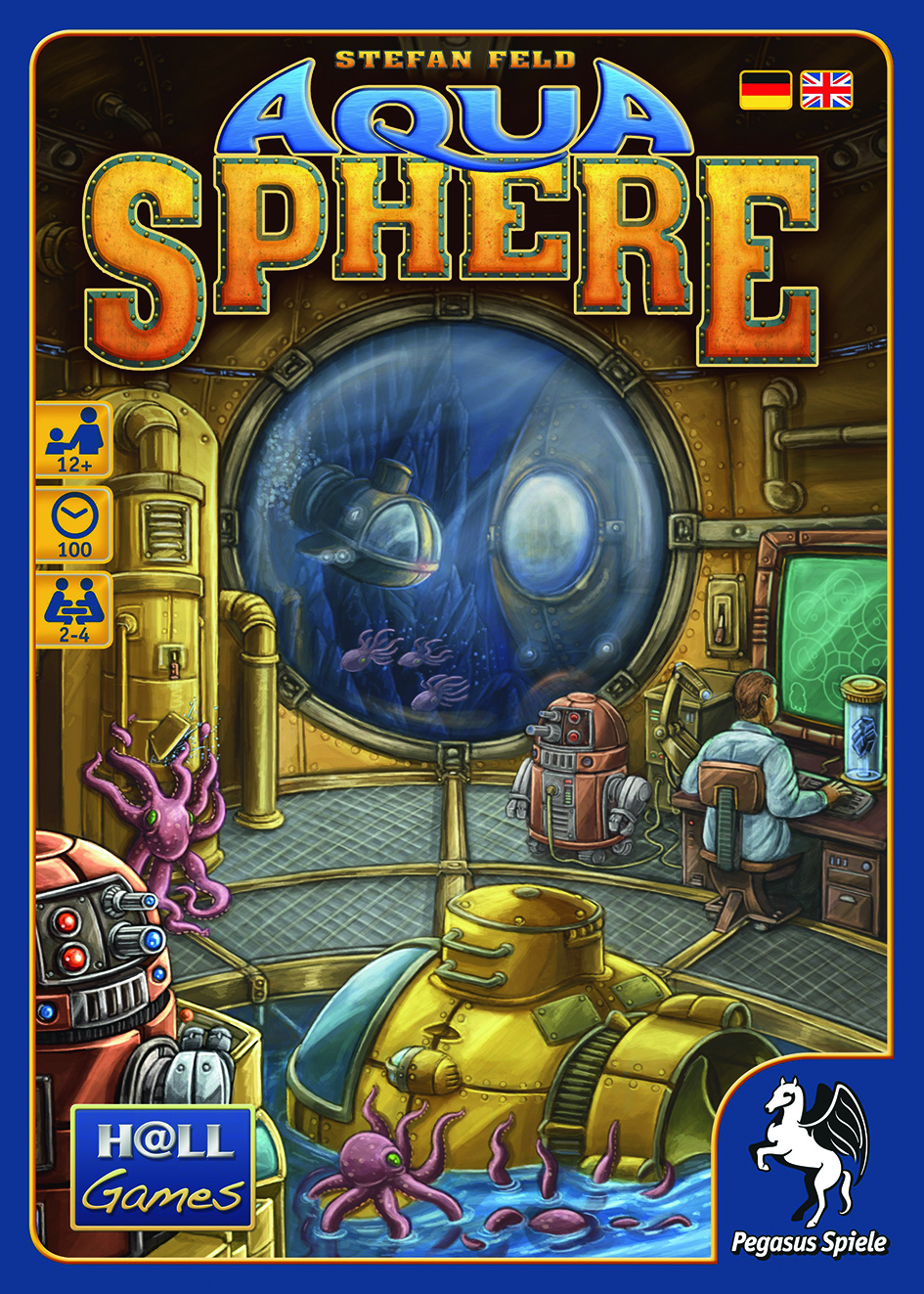 Beneath the surface a research facility is trying to harvest the goods of the underwater world to gather as much scientific data as possible. Players either program their robots on their turn, or use one they’ve already programmed. Build up your base, harvest materials and get your little submerged engine rolling by sending out submarines. Can you out research your opponents, or will their actions affect your chances when it comes round? An interesting brain burner for those who want crunchy adventures at the bottom of the ocean. 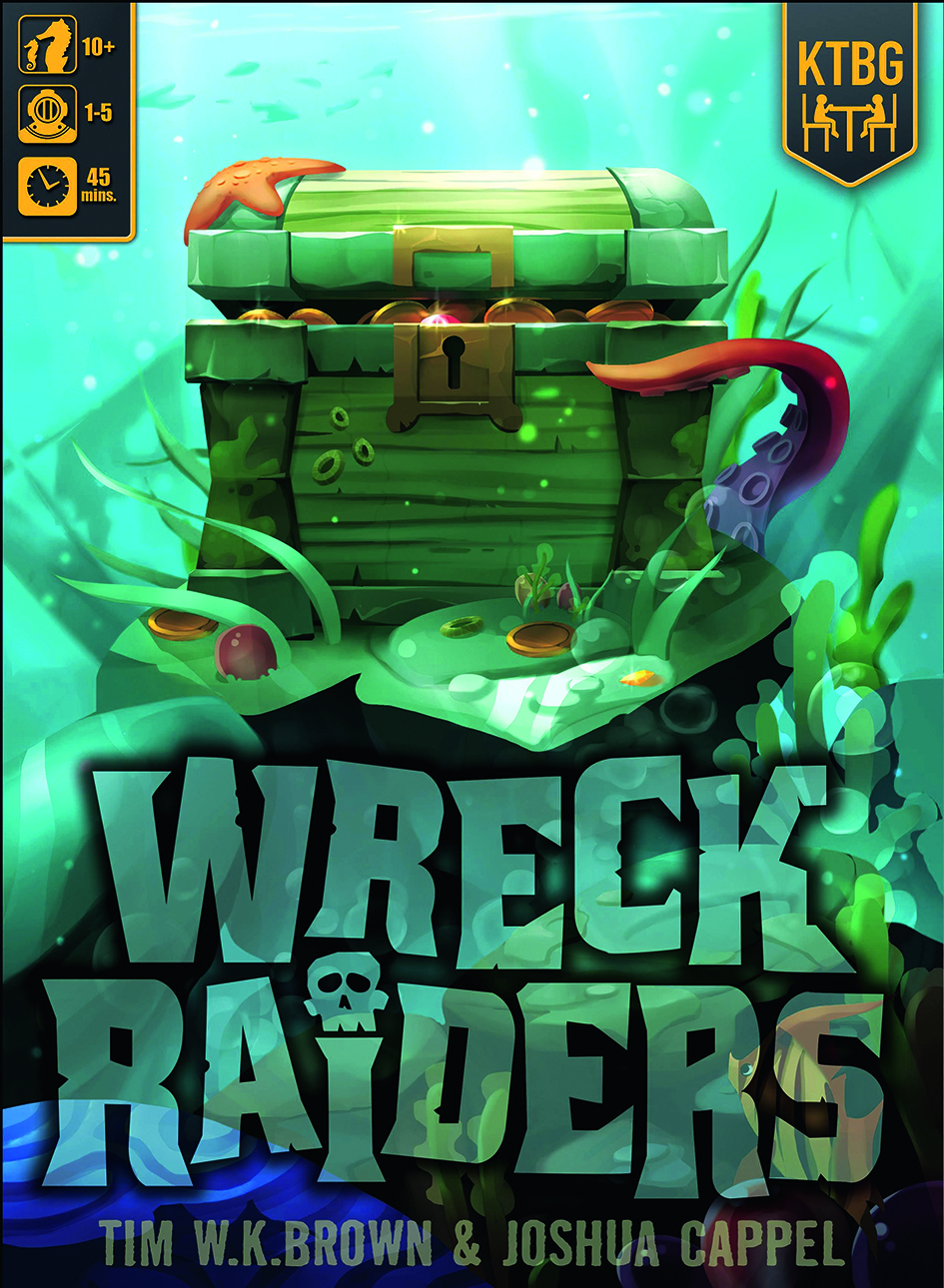 Hoovering up the artefacts of the deep has rarely been so fun. Running that interesting line between family game and hobby game. Players pick from the dice rolled in the box lid and place their meeple at one of the wreck stacks to gather something for their collection board. Make a choice between flipping the card and storing it your vault, or storing it face down in your collection.  Because your collection fills from the bottom up, planning when to snaffle the treasure away is key. A surprising little treasure.

Buy Wreck Raiders here, or click here to read our full review of it

Enjoy this list? Check out just a few of our other lists below

This article originally appeared in issue 53 of Tabletop Gaming. Pick up the latest issue of the UK's fastest-growing gaming magazine in print or digital here or subscribe to make sure you never miss another issue.