Ten of the Best: Finds of Dragonmeet 2021 Dragonmeet is your best chance all year to see weird and wonderful roleplaying games, and even the occasional board game. If you missed out, here’s some of our top picks from Dragonmeet 2021

This article originally appeared in issue 62 of Tabletop Gaming Magazine, and was written by Christopher John Eggett and Charlie Pettit. Pick up the latest issue of the UK's fastest-growing gaming magazine in print or digital here.

1. Untold Encounters of the Random Kind 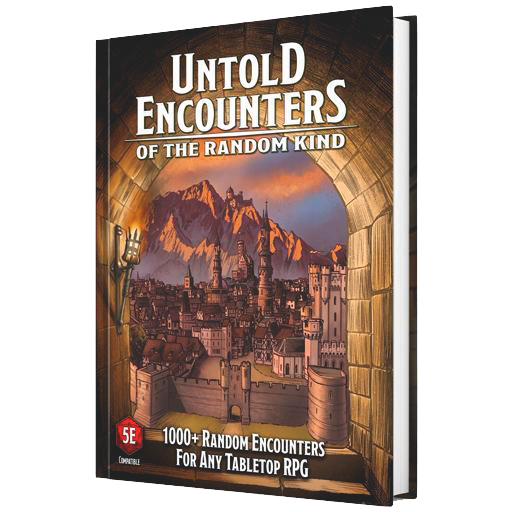 Loke Battlemats are generally known for the very thing they’re named after – Battlemats. For something a little different, this was the first time we were able to take a proper look at Untold Encounters of the Random Kind, their brand new random encounter book compatible with Fifth Edition. Split inside between Town, Wilderness, and Dungeon encounters, adding in advice, example adventures, and random tables, it looks to leave even the least prepared with a perfect quick adventure, maintaining the illusion of the all-knowing and all-prepared GM. 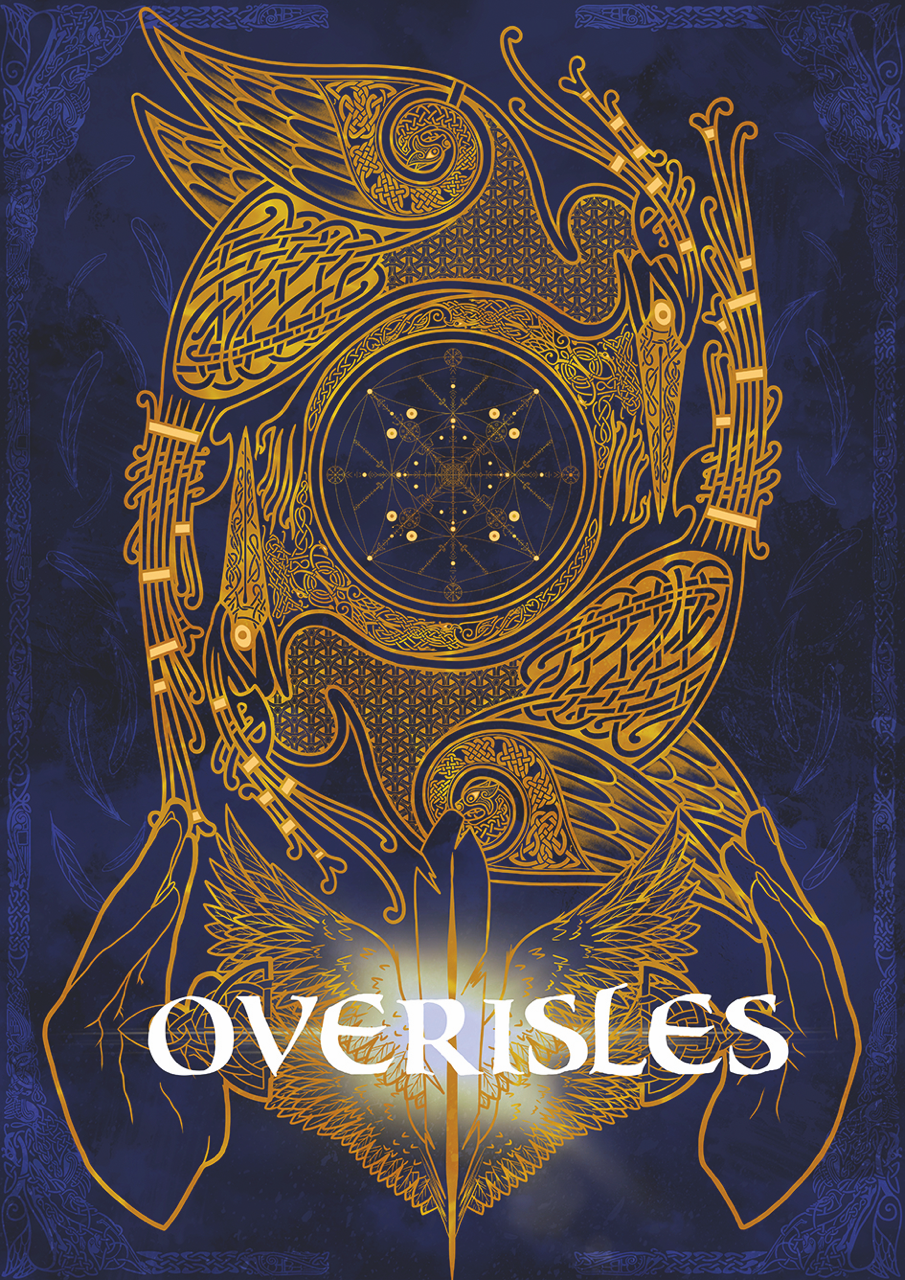 Hatchlings DM brought along a favourite with Inspirisles, an inclusive game that sees you fulfilling pacts made by Arthur and Guinevere to retain belief in the land of Inspirisles. Where it stands apart is through the use of sign language, a way to shape your magic. After a successful Kickstarter campaign, Dragonmeet was the first event that saw physical copies of Insprisles, plus the exciting news of a sequel in the works in Overisles, which takes you back to that fantastical land and teaches you yet more. Plus, the artist Josh Somerville responsible for that gorgeous front cover was also on hand to say hi.

Dragonmeet offers an Indie Games On the Hour room, where you pop over, hear from some people wanting to run games, and decide which one you’d like to join there and then. It makes for a great way to try something new, and it was here we found One More Quest. With Horrible Guild as publishers, it’s an RPG that relies on dice rolling but with a twist. Dice must bounce on the table and land on a target, where you gain numerical value, but it’s how you roll your dice that sets it apart. Trying to sneak? You’ll need to be at eye level to the table and roll it from there. Balancing on something? Throw the dice from under one leg. Rolling the dice onto the board turns out to be the hardest part, and you quickly realise the game is about having a good laugh amongst everything going disastrously wrong.

Watch below for our playthrough of the game back at TTG HQ! Whilst the video was sponsored, it featuring in this list was not. 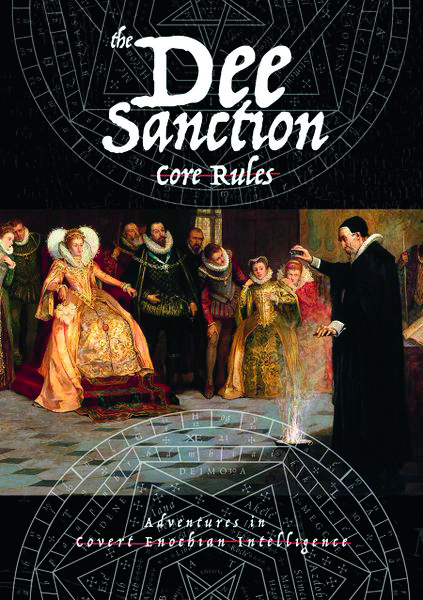 Known previously for Cthulhu Hack, the spirit of investigating the unknown remains with The Dee Sanction, and indeed a set of new adventures. Within it, you are an Agent of Dee, a secret society in Elizabethan England, whereby your crimes are pardoned in exchange of your service within an agency dedicated to protecting England from the supernatural – get it wrong though, and you’ll be the scapegoat. A first outing for the six new adventures successfully funded on Kickstarter. 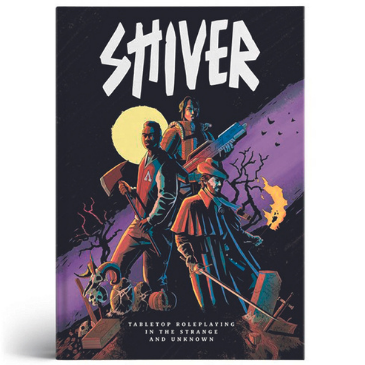 We’ve all shouted at the screens during horror films, making far more sensible suggestions than ‘assuming it’s nothing’, ‘checking it out alone’ and ‘splitting up to search for clues’, but Shiver raises your assumption by making you the protagonist in a horror film, trying to survive the night. Including options for custom dice, an artbook, and the promise of a follow up next year named SHIVER: Gothic, there’s plenty to be excited (and spooked) about.

You can find a copy of this on Drive Thru RPG! 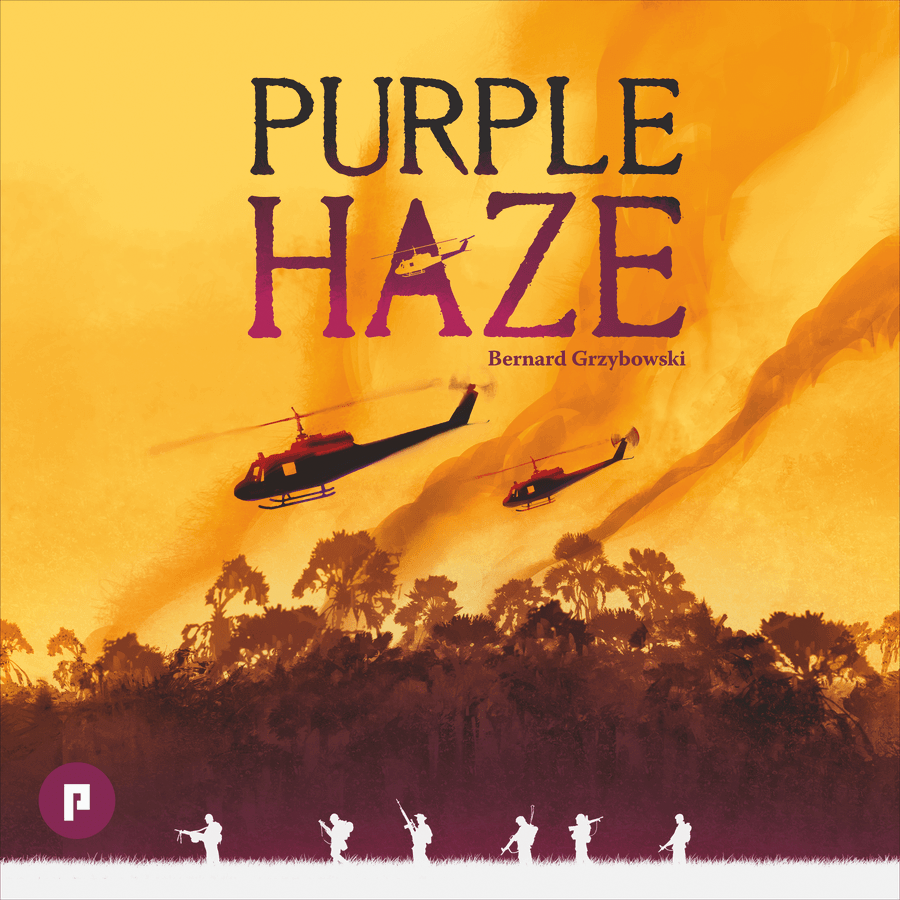 Phalanx Games often offer up interesting takes on modern-era events, and this treatment of Vietnam is no different. This is a narrative adventure through the trees of the Vietnam war. Playing the role of, initially, inexperienced grunts, players attempt to complete missions and survive the horrors of war over 60+ minutes. With character and squad customisation, exploration and plenty of big choices before you, there’s a surprising thrill of a dungeon crawl about the game. One to keep an eye on the bushes for. 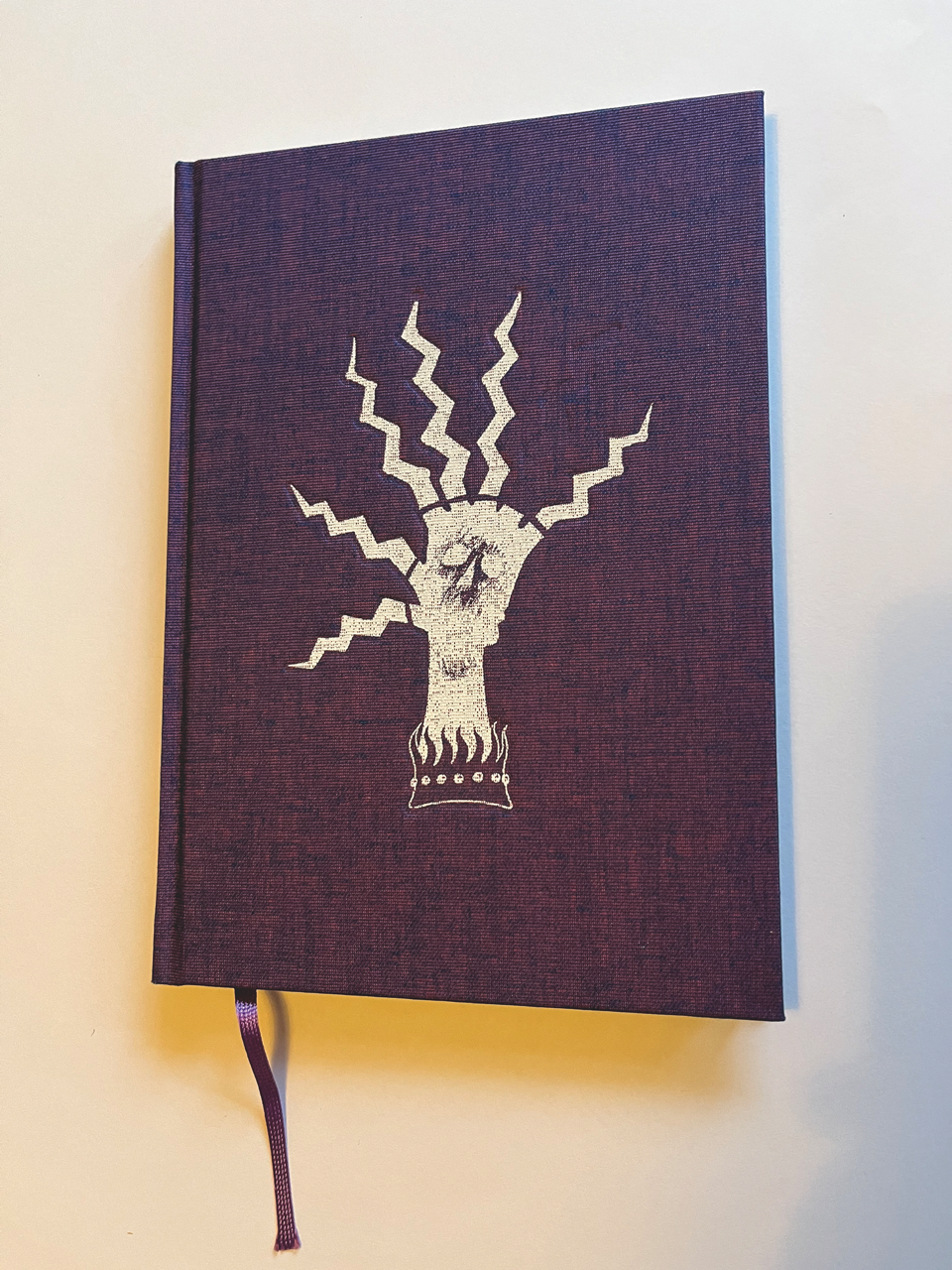 A grim grimoire from The Lost Pages offering world changing spells, which nearly all come with a cost. While not for the faint hearted, the depth and breadth of imagination within this lovingly put together tome is staggering. Each spell comes with an excerpt of fiction, a description, a ritual if required, and usually a table of effects or misfires. One for those looking for spells that can really shake up their game – add this to the darkest corner of your collection. 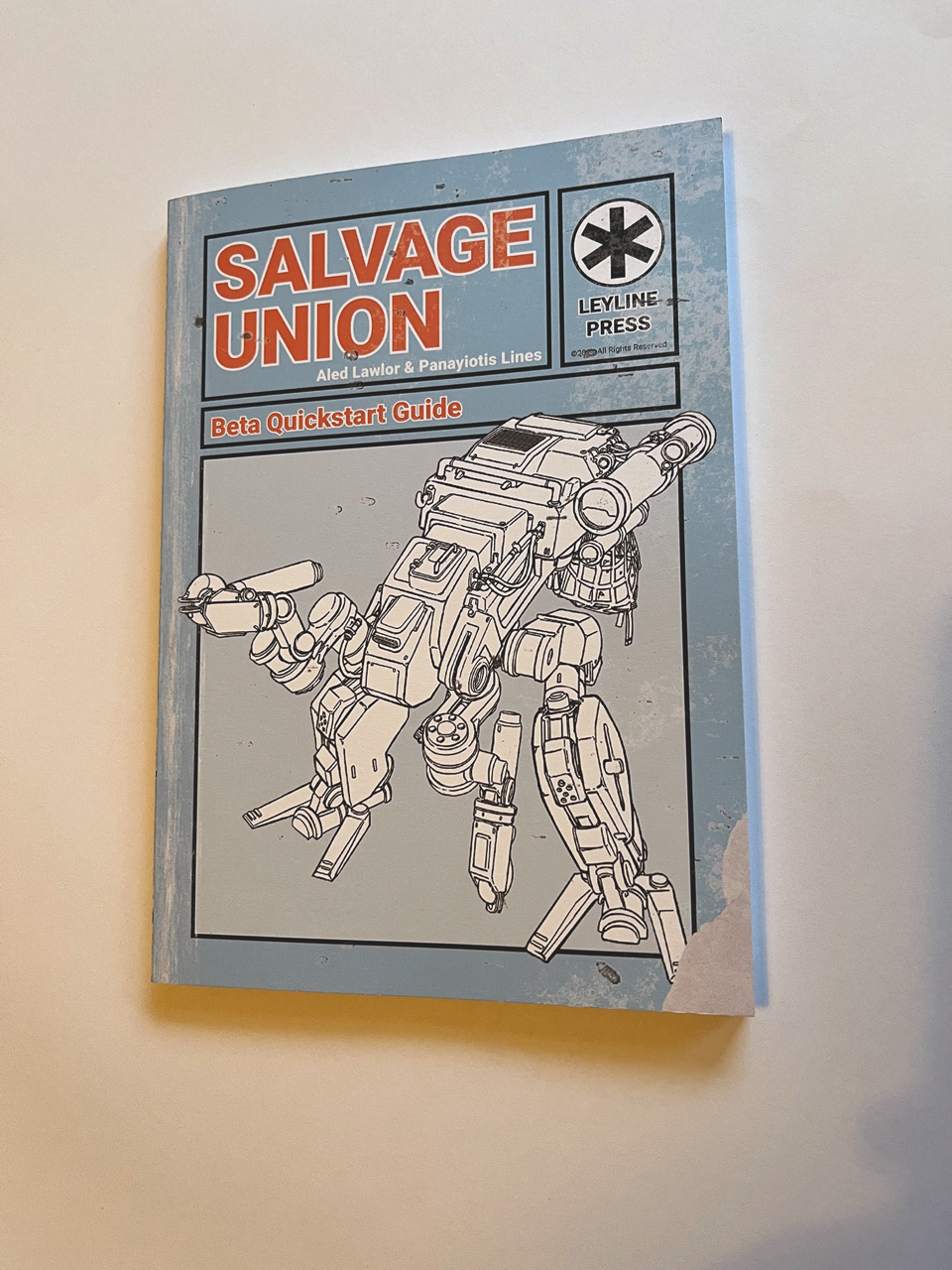 The joy of mechs can never be understated, and rarely better presented than the upcoming roleplaying game from Leyline Press. Using the lightweight Quest system, Salvage Union has all of the good looks and big-mech fun of something like Lancer without the crunchy is-it-a-tactical-wargame overheads. With a Fallout-wasteland vibe, but with big machines, there’s plenty to dig into. You can pick up the beta quickstart rules right now on the thoroughly funded Kickstarter page. 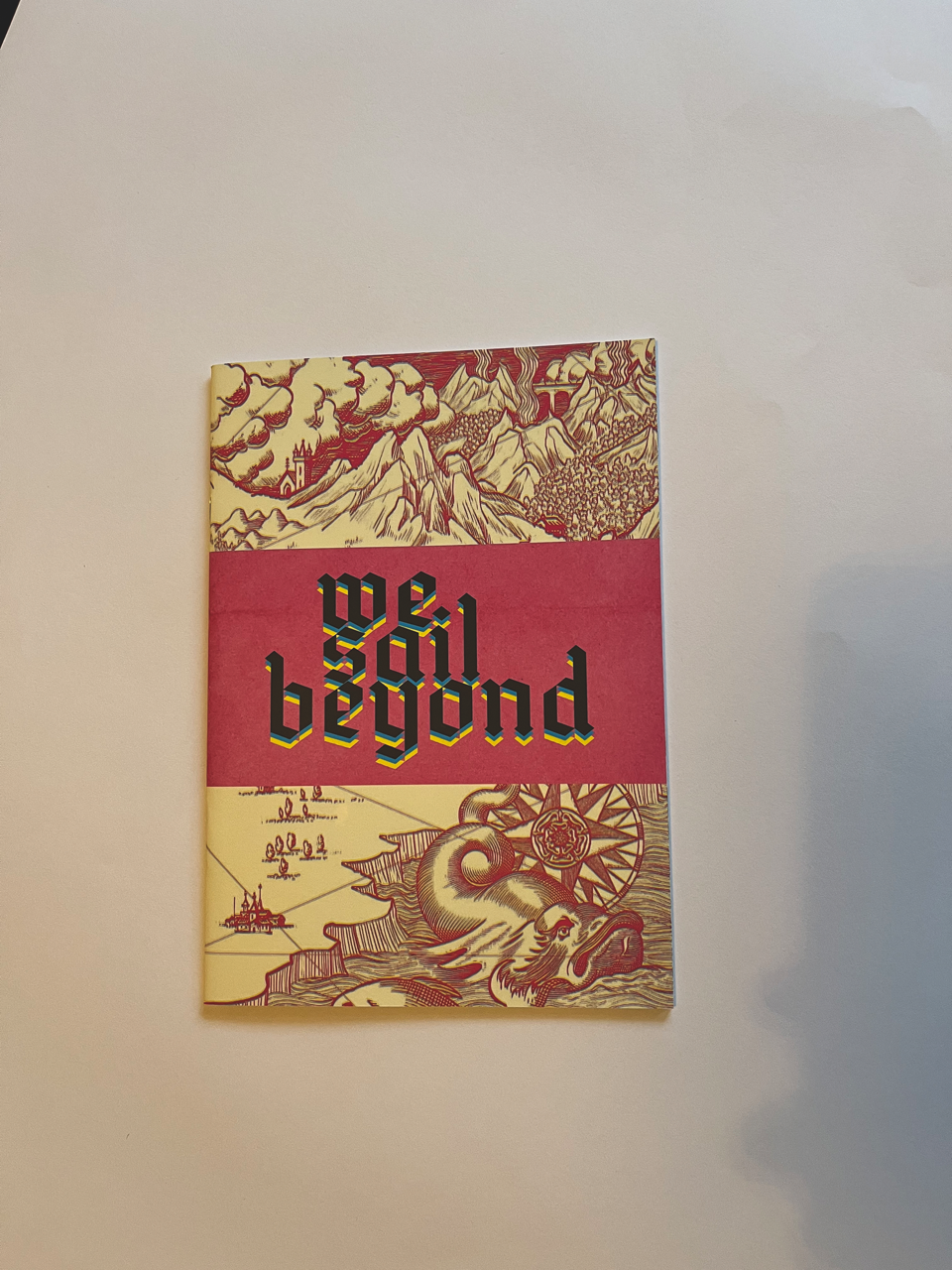 Rainy Day Games contributor and Sealed Library founder Matt Sanders offers a collaborative worldbuilding game. Players take on the role of sailors who may or may not have good information about the new world, and create a map of those ‘facts’. The GM will also be creating a map, but only they will know the truth. We Sail Beyond is an ideal way to set up a new game where your player characters can not only be knowledgeable about the place they’re heading into, but also surprised when it turns out that sailor had only dreamt of the place. Plus, the psychedelic splash of offset colours makes for a beautiful object.

Find a copy on Drive Thru RPG here 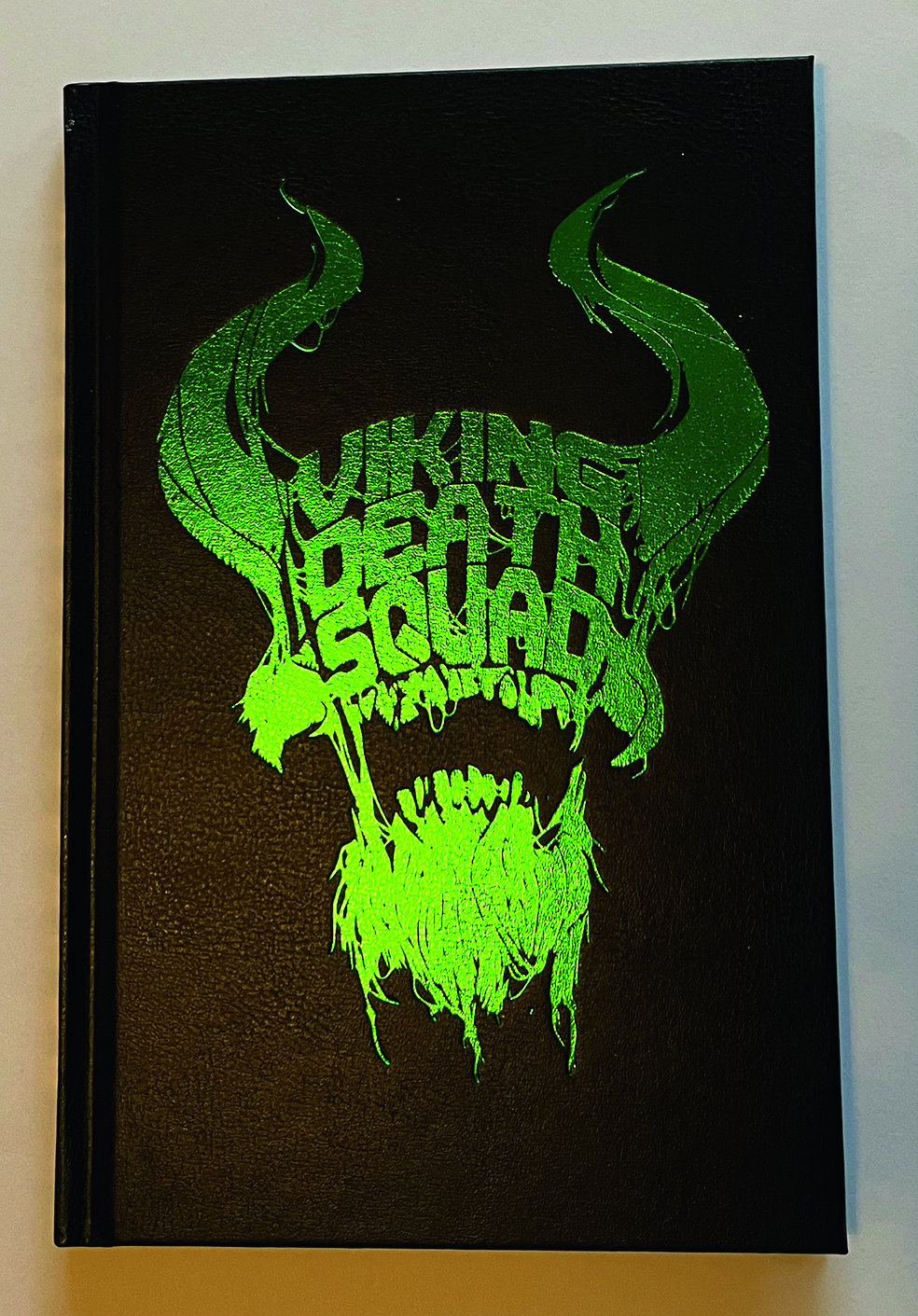 While Modiphius are knocking it out of the park with huge and well-wrought tie-ins like Dune and Fallout there’s also a sub-line of extremely interesting titles that they bring to the wider market. In this case it’s a ‘sell it with the title’ game of cyber-Vikings fighting against the imperial assault from above and the forces of hell from below. A GM refrain of ‘make it metal’ and a bombastic sensibility sets you up for a joyously grim experience. Also, a bit of toxic green foil on the front of the book is no bad thing in terms of looks.