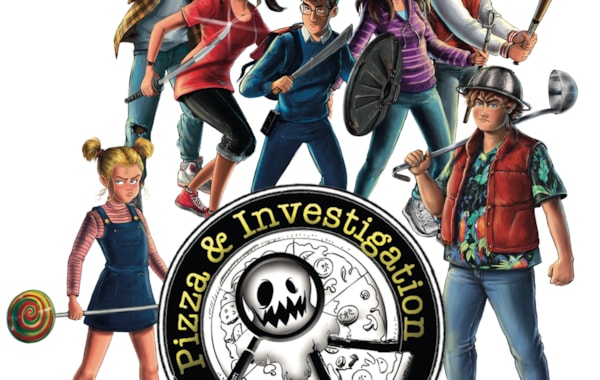 It looks like we’ve got another mystery on our hands, and this time, it feels really real

“I prefer to call it an ‘experience,’” says Antonio Ferrara, when we suggest that his most recent release, Tales of Evil, is a game. “because in the end it allows you to live a great adventure with your friends.” 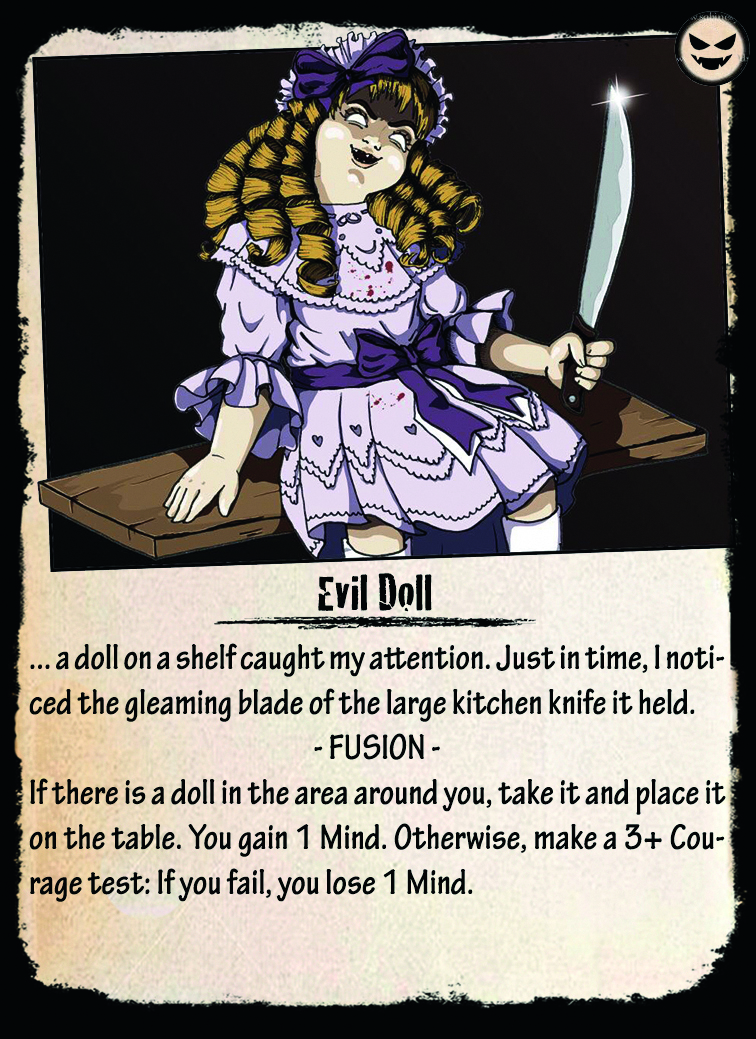 “It is something totally different from other games because at certain points it prompts you to ask yourself whether what you are playing is actually a game or something that goes beyond a game.”

He’s not wrong. There’s something clever, coy and ‘meta’ about the game – and that starts from the presentation of the box from the outset, which is glow-in-the-dark. Luckily this aesthetic isn’t let down by anything inside the box either, which includes glow in the dark dice, a walkie-talkie as a first player marker, and a set of different length match tokens – so you can draw straws.

In Tales of Evil you’ll be playing a group of young ‘Braves’ exploring spooky situations, weird mansions, potentially-haunted houses and other locations which might as well be ripped from the world of Scooby Doo, or even Stranger Things.

“Here’s the thing about Stranger Things…,” says Ferrara, “when I was developing Tales of Evil, I watched it on TV and my wife told me, ‘Antonio, they have copied the idea of the game!’ Basically, when Stranger Things came out, Tales of Evil already existed.”

“What I can say now is that I love Stranger Things because it is purposely ‘quoteistic’, like Tales of Evil,” he continues, highlighting the collage of influences in the show, “as for Scooby-Doo, I have to say that I’ve always loved it and hence the deliberately cartoonish character graphics in the illustrations in Tales of Evil. I also wanted a graphic design that reminded people of Don Bluth [best known for 1983’s LaserDisc game Dragon’s Lair] above all.” 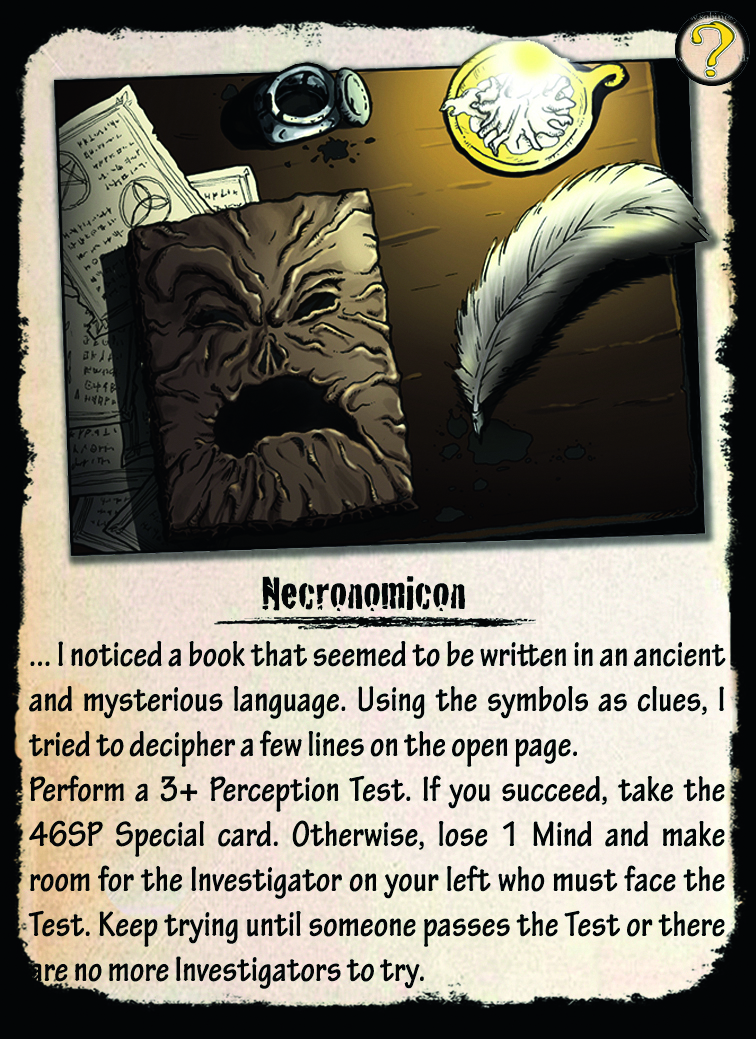 What are Tales of Evil’s real influences then? As much as the Stranger Things comparison is accidental, it is accurate – they share influences at least.

“The game is loosely inspired by the teen books and movies of the ’80s, and in particular by IT, The Three Investigators, The Goonies, and all that pop culture between the ‘80s and early ‘90s that influenced my generation,” says Ferrara, “those who lived through those years will find much of the boy of that time, while those who are younger will still be able to experience a great adventure without necessarily having to know that historical period.”

All of Ferrara’s games come with some reference point – mostly to horror and sci-fi. His first game, developed with Sebastiano Fiorillo, was 2014’s Stay Away! – a Cthulhu-ish themed card game of social deduction and setting monsters on fire with flamethrowers.

“It all happened by chance. It had been years since I moved away from the world of board games, but watching the movie The Thing by Carpenter for the umpteenth time sparked my imagination,” explains Ferrara, “I said to myself, why not develop a game that can revive the emotions and feelings of the movie? Thus was born Stay Away! Since that day, I have never stopped designing games.”

Later, the slasher horror inspired Last Friday put a more complex hunting and deduction spin on the ‘find the enemy’ concept. Oh, and added chainsaws. Tales of Evil swaps deadly weapons for improvised escapes and flashlight batteries, but doesn’t quite leave the social game mechanics behind. 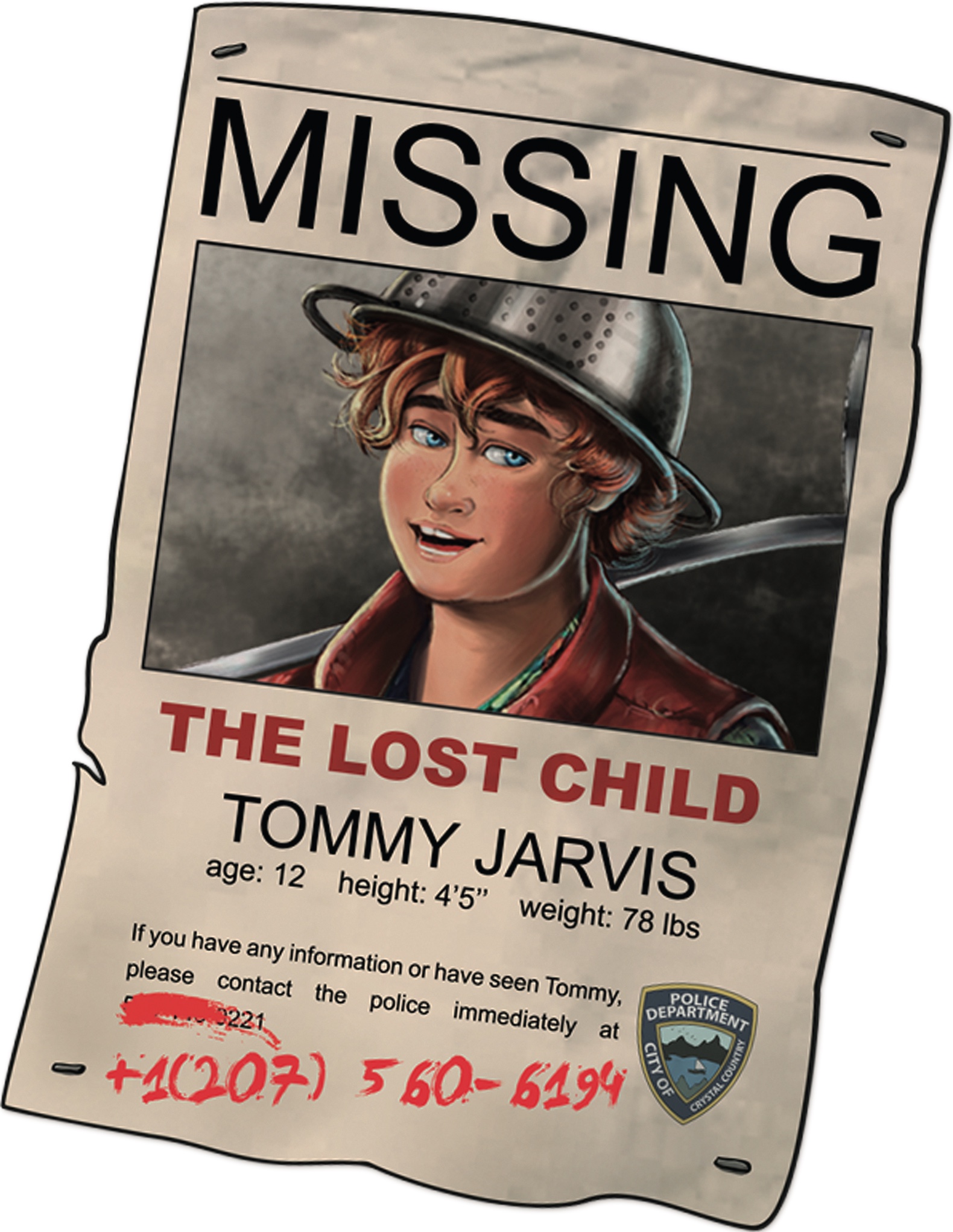 The core of Tales of Evil is moving through the various locales, triggering events, solving puzzles and working through the story book. This has a ‘choose your own path’ mechanism behind it, and can trigger any number of special effects and events.

“It allows players to immerse themselves in a real adventure where they can choose what to do and where to go. Such a system is essential in an adventure game like Tales of Evil,” says the designer, although it was harder than he first expected, “writing the different paths turned out to be a titanic undertaking. In practice, it is a question of having to write the same book over and over again, in which different things happen. It was the longest process of the whole game.”

The writing of the book is downright funny in places, especially if you’re the kind of person who find the occasional bit of crashing through the fourth wall amusing. Ferrara is the classic example of a writer who makes ‘scary’ things, who turns out to be one of the nice ones. The inverse to the Krusty the Clown model of a children’s entertainer who hates kids.

“All the lyrics were written by me,” says Ferrara, “as for the jokes, I travelled in time and repurposed most of the ones I exchanged with my snack companions. Although I exclusively develop ‘horror’ games, I’m a very funny guy. At least, so they say. A life without irony and lightness is a sad life.”

Ferrara is proud of what he’s achieved with the mechanical weirdness of Tales of Evil.

“I am an atypical game designer, and the mechanics of my games are continually distorted until the last minute in the service of the gaming experience, “ he says, “for me, what it feels like at the table—the sensations, the emotions, and the fun—is the most important part. For example, if in Last Friday the players manage to feel like they are really being hunted by a psychopath at a campsite in the woods, then I win. If they don’t, I have failed. The choice of the shortest match and the majority vote by show of hands is directly borrowed from real life when we were kids. They seemed like interesting ideas, and so I put them into the game.”

One of these systems is the ‘Fusion System’, where players are asked to do something in ‘the real world’ to effect the game world.

“It was added almost at the end. I needed something that could make the story of the Pizza & Investigation gang become real and tangible,” explains Ferrara, “in this, the storytelling of the game helped me. To avoid spoilers, I can say that at a certain point in the story the kids will be contacted by someone… in short, everything started from there and the rest came by itself. I am very proud of the Fusion System because it allows you to fully immerse yourself in the game.”

To reuse an example from the tutorial scenario, players may be asked to take of their shoes to avoid the braves getting their feet wet. However, if the real life player forgets to put them back on, when changing scene the brave may step on glass, taking damage.

The purpose of these ‘jokes’ within the mechanics of the game are like classic alienation devices that in the end draw you more into the ‘unreality’ of what you’re doing.

“I wanted to confuse the player by playing on the suspension of disbelief,” he says “I wanted someone to say to the others while playing: “But what if it were all true?””

This spirit of make believe is something at the core of the game, “I wanted to let the newer generations live a great, fantastic adventure and to make adults relive the age when they were kids,” Ferrara says, “people often forget that they were children, and this is bad. I hope Tales of Evil is good for families and allows them to have a great adventure.” 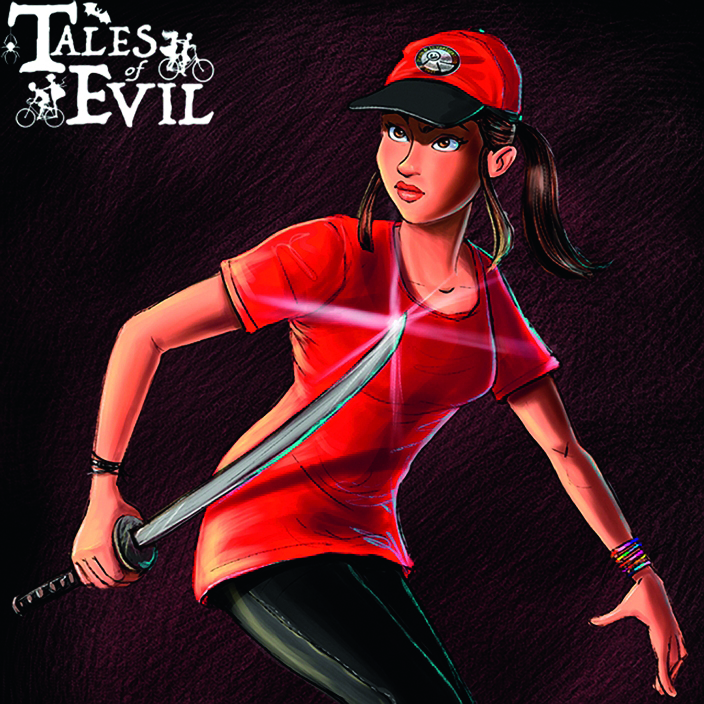 More horror awaits Ferrara, “a crossover is planned, a completely different game, but which takes place in the same universe as Tales of Evil. It is called Boogeyman and will soon be launched on Kickstarter,” says the designer, hinting at the 1-7 player survival horror game about lasting a very, very long night. Beyond this, the world continues to expand, “there’s the Tales of Evil RPG and, of course, Tales of Evil 2. I also have a card game and a couple of interesting ideas in embryonic form. Let’s say I don’t have time to get bored.”

Find Tales of Evil in Our Game Store