Bigger and badder, designer James Hewitt about the journey of Steel Colosseum ahead of its Kickstarter release

Want to see more? Watch our unboxing below!

It might age us rather specifically, but for those among us who grew up watching Robot Wars, there’s something about fighting automations that harks back both to nostalgia, and that competitive side of ourselves. What cool gadgets will emerge from their shells? Who will win, in a no-harm-to-living-things battle to the death? That enjoyment is something that will seemingly be tapped into by Steel Colosseum, heading to Kickstarter in April. 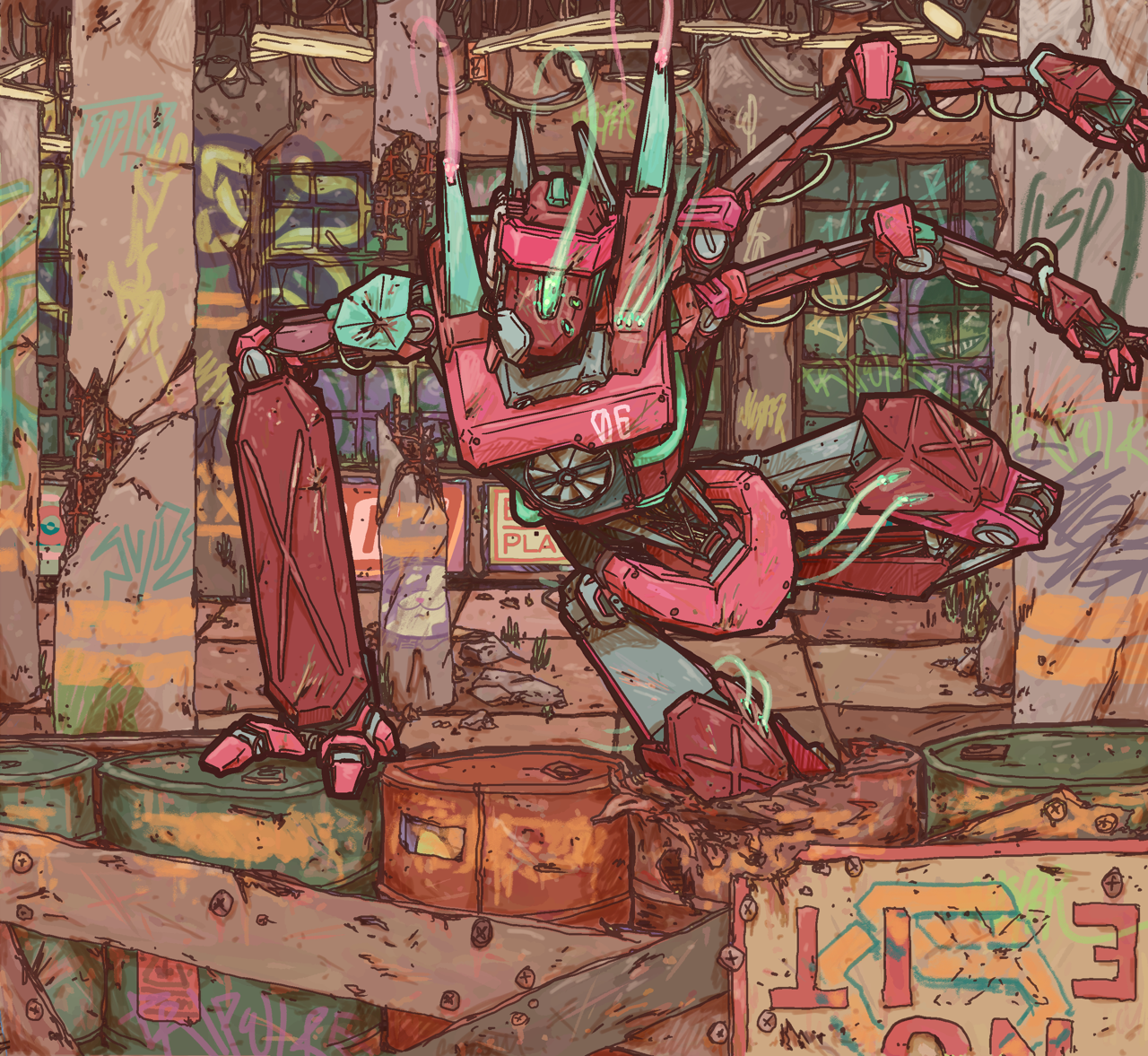 “Steel Colosseum is a scrapyard arena combat game,” James Hewitt, the designer tells us. Co-founder of Needy Cat Games, and recognisable from his design work on the likes of Hellboy: The Board Game, Devil May Cry: The Bloody Palace, or even those from Blitz Bowl to Adeptus Titanicus, the designer is back in a familiar miniatures arena once again.

“Each team controls a pair of customised fighting robots, using simultaneous card selection – from an ever-dwindling Control Deck – to plan their attacks and outmanoeuvre their opponents,” explains Hewitt. As the game progresses, robots may take enough damage to be deactivated, but that’s not the end. With new armour plates hastily welded, the robot pit stop gives you time to add in a few upgrades, and then it all begins again.

“It’s a game that draws a crowd, because it’s genuinely exciting to watch,” he says, “there are lots of tense, cinematic moments, and we’ve had several test sessions where there are literal cheers of excitement. I love the idea that some time down the line we might see little leagues and tournaments cropping up around the place.”

If you’ve got a sense of déjà vu, you’re not wrong. The keen eyed amongst us may remember a similar game from 2020, under the perhaps less dramatic, but no less descriptive name of Robot Fight Club. 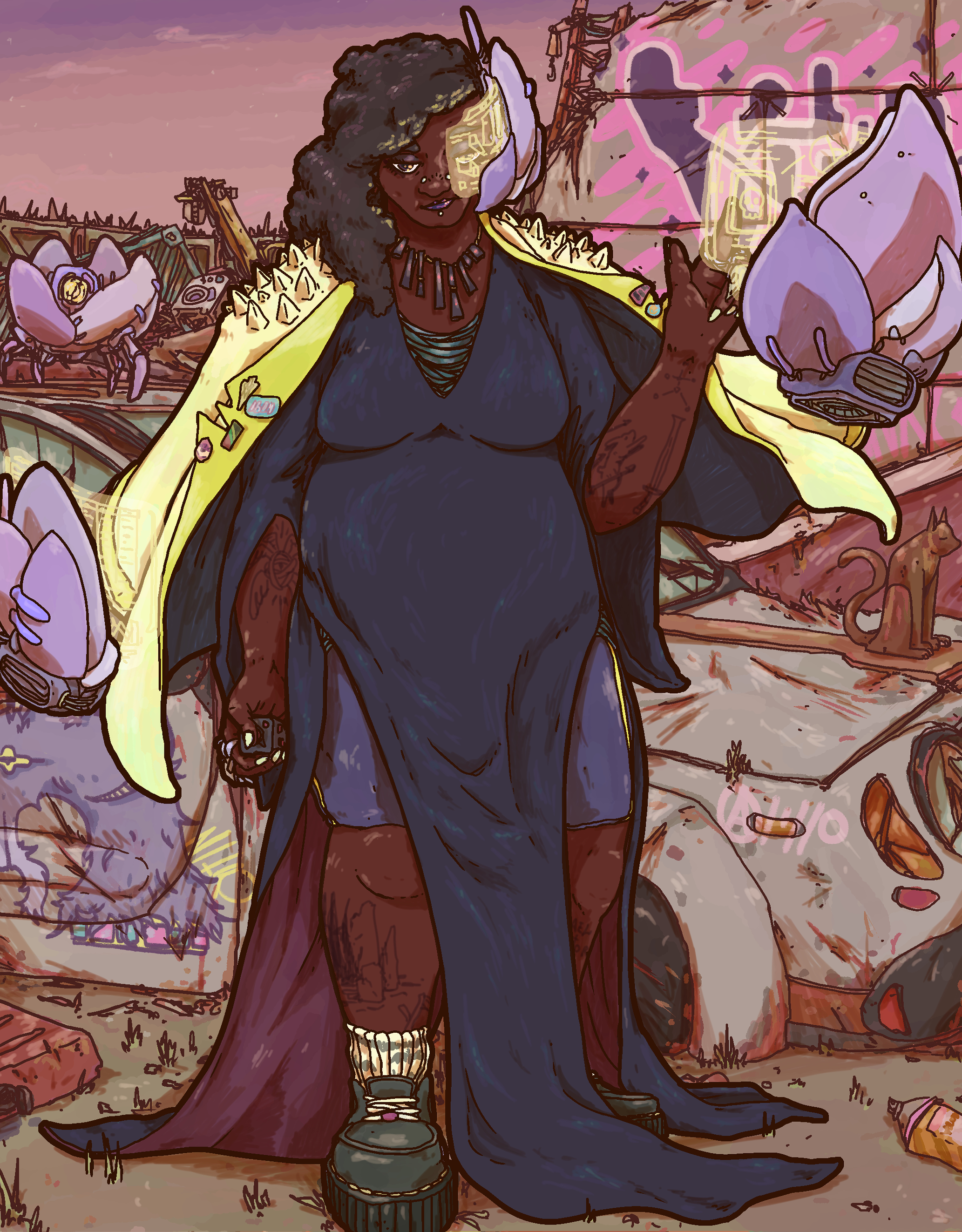 “Well spotted,” Hewitt laughs, “our original plan was to really make this an indie production. Keep it small and achievable, work within our means. In hindsight I think we got a bit over-excited – and the scope gradually crept up. When the game hit Kickstarter in early 2020, I think we’d really stretched our meagre budget beyond breaking point, so although we had a wonderful, enthusiastic team of artists and graphic designers working with us, I think we fell short of what our existing followers – who knew us from our collaborations with studios like Mantic, Steamforged and Games Workshop – wanted to see. And then, to top it all off, less than a week into the campaign, the UK went into lockdown.”

It’s a familiar story for games at that time, Hewitt explains feeling uncomfortable asking for money from backers at such a precarious time for all involved, and cancelling the campaign before it really got off the ground. Plans were tentatively made to return to the project when things settled down and time was available, but within that time Zatu Games reached out.

“They’d heard about us and were looking to move into publishing. We had several back-and-forth emails followed by some really encouraging meetings, and before we knew it, we had a publishing partner. Robot Fight Club was coming back.”

That makes Steel Colosseum a first foray not only for Needy Cat Games on their own, but also for Zatu Games, who you may know better as game retailers, “they’ve been great,” Hewitt says, when we bring this up, “they’re always open to discussion, keen to include their own ideas but massively respectful of our wishes as the game’s designers. I think it’s been a learning process for them – an awful lot of legwork goes into getting a game manufactured and marketed, and running a crowdfunding campaign, but they’ve put in a huge amount of effort to figure it out and bring their resources and connections to bear. I like to think it’s been a bit of a two-way process, with us sharing advice based on our own industry experience, and they’ve always been open to our input.”

And the result of their influence and the extra time has brought big changes to the game. 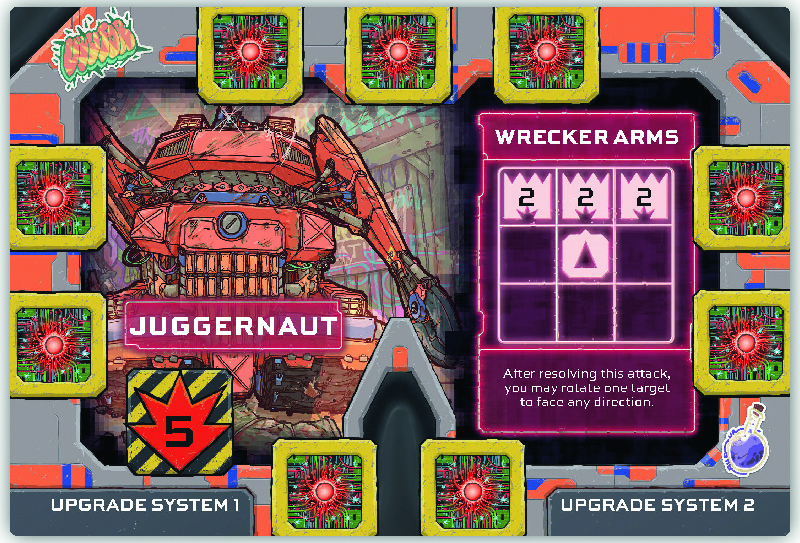 “The first thing that people will notice is that the production values are way higher. Zatu helped us secure the services of an incredible artist, graphic designer and sculptor, who immediately set to work fleshing out the game world and coming up with a striking visual identity for the game.”

Indeed, where Robot Fight Club had a 1950s ‘retro futuristic style’, Steel Colosseum has more of a 90’s vibe, with CRT displays, neon green glow effects, and chunky circuit boards, that Hewitt describes the work of Chris Neal-Knight and Tom Hutchings as bringing the setting to life.

“They came up with loads of background ideas that aren’t in the finished game, but which inform everything and bring sense of internal logic to the robot designs. I can’t wait for people to get their hands on a copy, and spend time poring over the components, spotting sly references on crowd signs and advertising boards, or matching the various graffiti tags to the Operators responsible for them,” says Hewitt.

“We’ve also been able to include a set of detailed miniatures in place of Robot Fight Club’s standees. This was something that people were crying out for when we ran the Kickstarter in 2020. There have been some changes under the bonnet, as well. First up, Zatu were really keen to increase the maximum player count from two to four, to make the game appeal to more types of gaming groups. It took a fair bit of work – we were really keen to keep the core engine as close to the original as possible, because we’d spent so much time testing and developing it –  but it was really worth it, and it added a whole new dynamic which brings a lot to the experience. I love games that feature co-operation but with limited communication – in Steel Colosseum, you can’t show your teammate the cards in your hand, so you can’t share any information without also letting the other team know.” 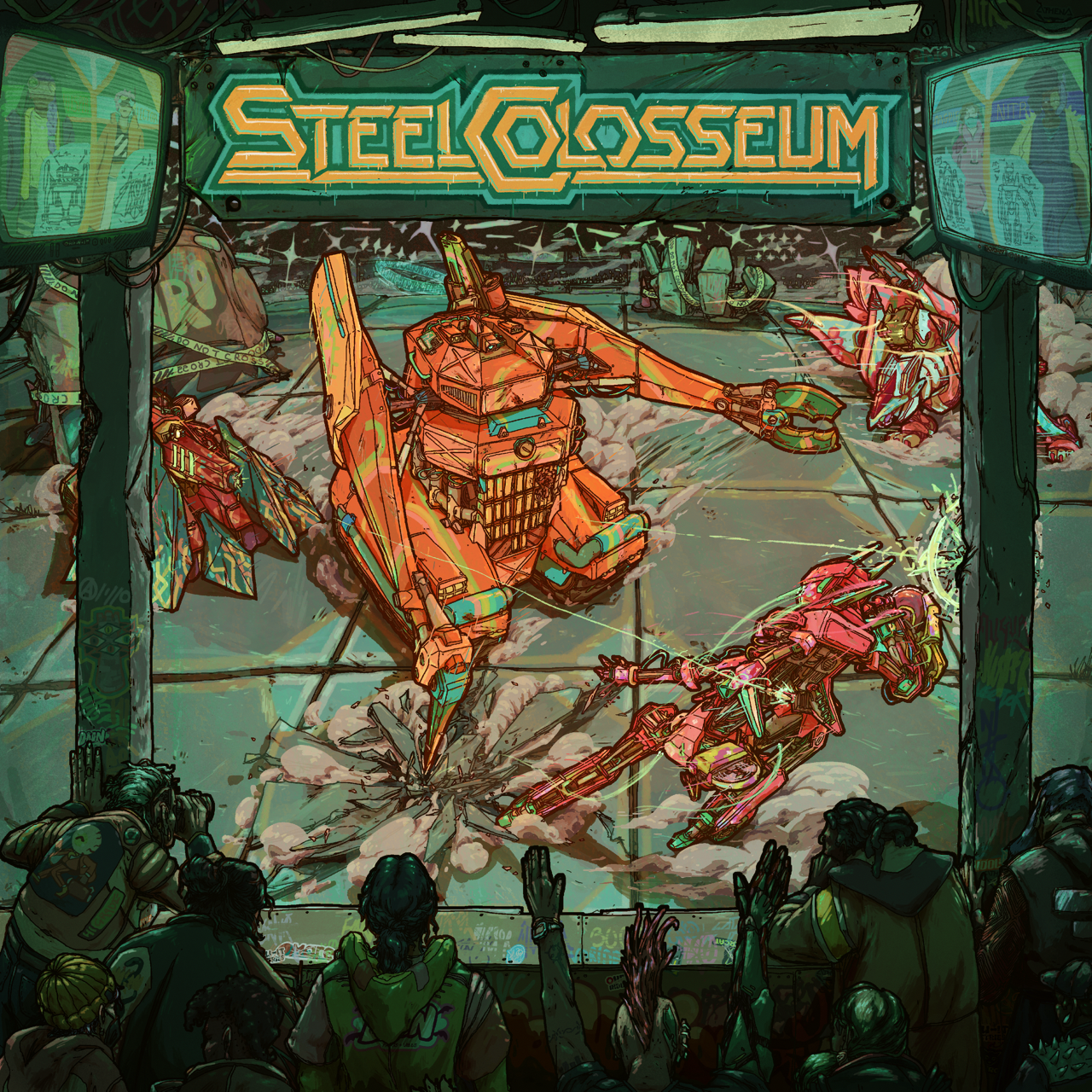 “While we were at it, we took the opportunity to go through the game and rebalance all of the robots and upgrades, and generally give everything a solid rework. By the time we were done, the game had a whole new identity, and felt like a total reboot – so it was only fitting to give it a brand-new name. Robot Fight Club will always live on in our hearts, but Steel Colosseum is a game with so much more going on,” enthuses Hewitt.

And, whilst it seems presumptive to ask a designer about their next plans before their project has yet launched, with Needy Cat Games energy and enthusiasm it’s no surprise to hear there’s a great deal in the pipeline. Whilst many are covered by confidentiality agreements, we can at least look forward to “a cosy tile laying game about running a community garden,” in Our Garden, which you can playtest on Screentop now.

Steel Colosseum will be available to crowdfund on Kickstarter in April, with a core box including six robots, four operators, and a host of upgrades, alongside a small expansion offering an additional game play feature, and a shiny set of stretch goals.