Converting and customising miniatures is one of those areas of the hobby that you can lose hours in. First it starts with a simple headswap, then seeing if you could put an extra ammo pouch here or there, then the next thing you know it’s gotten dark outside and the contents of your bits box have ended up strewn across your workspace in a hopeless jumble.

Converting is such a draw to wargamers that a number of people have decided to take it one step further and make a full blown business out of it. One such company is UK-based Anvil Industry. Whilst Anvil aren’t the first company to sell conversion bits, they’ve taken it to a whole new level with their regiment builder system, that we’ll review here.

Anvil first started out – like a number of companies – selling conversion bits for Space Marines (or should I say, bits that were compatible withGames Workshop’s Space Marines, wink wink nudge nudge), but then moved to focus more on 28mm scale infantry when that line proved more popular. Specifically, their conversion bits were for 28mm Heroic scale infantry of the same size and proportions as Warhammer 40,000’s Astra Militarum (or Imperial Guard, as I used to know them), rather than the 28mm of historical fare.

These conversion bits – split between heads, torsos, legs, arms, weapons, backpacks and a few other miscellaneous pieces – grew to such a range that they became the ‘regiments builder’ system. This allows you to customise yourself a squad – or even a platoon – out of their existing range. Right off the bat the sheer variety of what’s on offer is impressive. Virtually every piece is compatible with its fellows, meaning that the current lineup – according to the Anvil Industry website – allows for over 800,000 different combinations. But how do the pieces stand up themselves?

To test this we went with two different looks. The first squad was a range of bits to make a decidedly WW1 French look, replete with Adrian helmets and leg wraps. At the other end of the scale, we went for a gothic looking group of troopers with medieval helmets and ‘void’ backpacks. 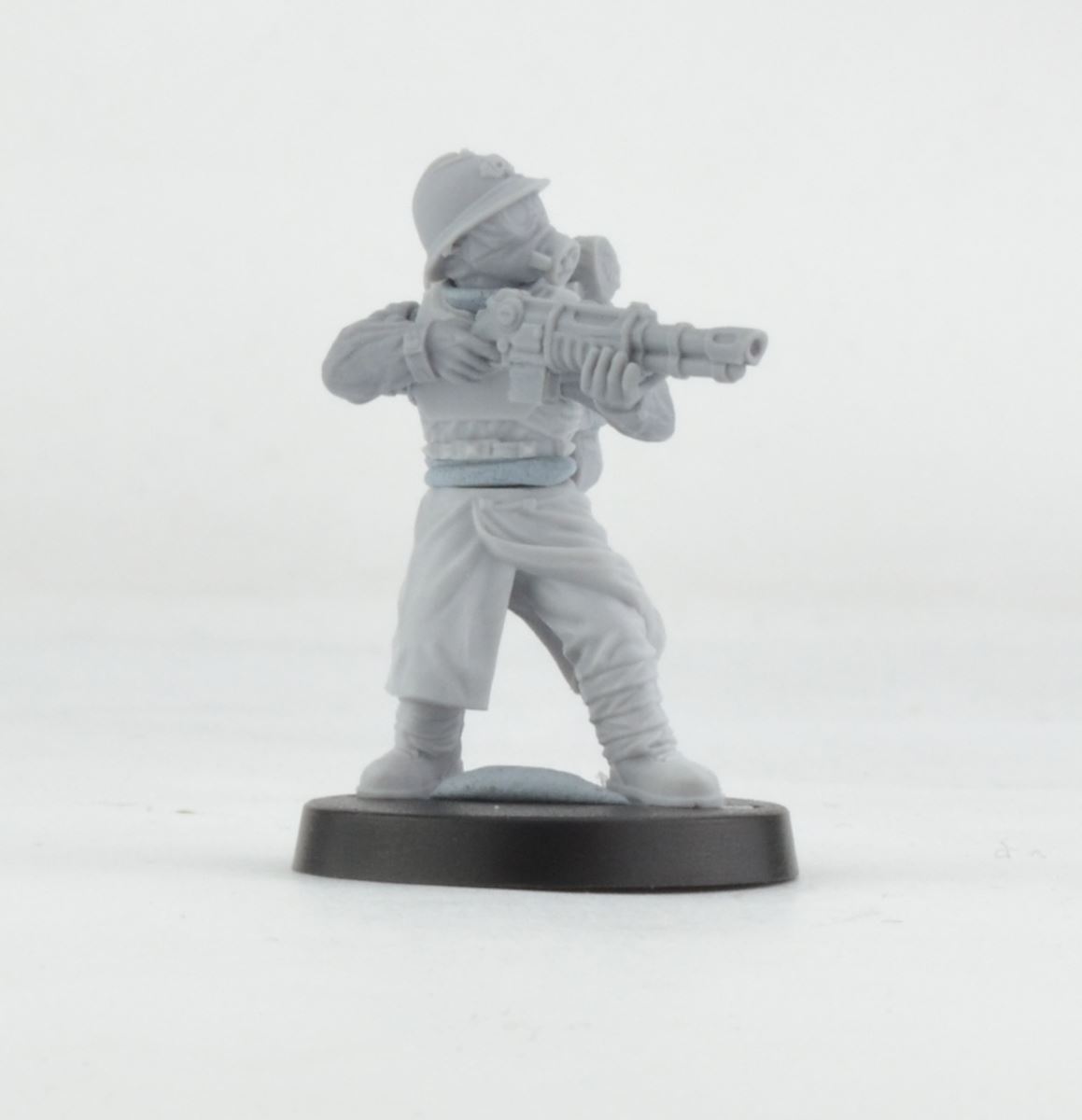 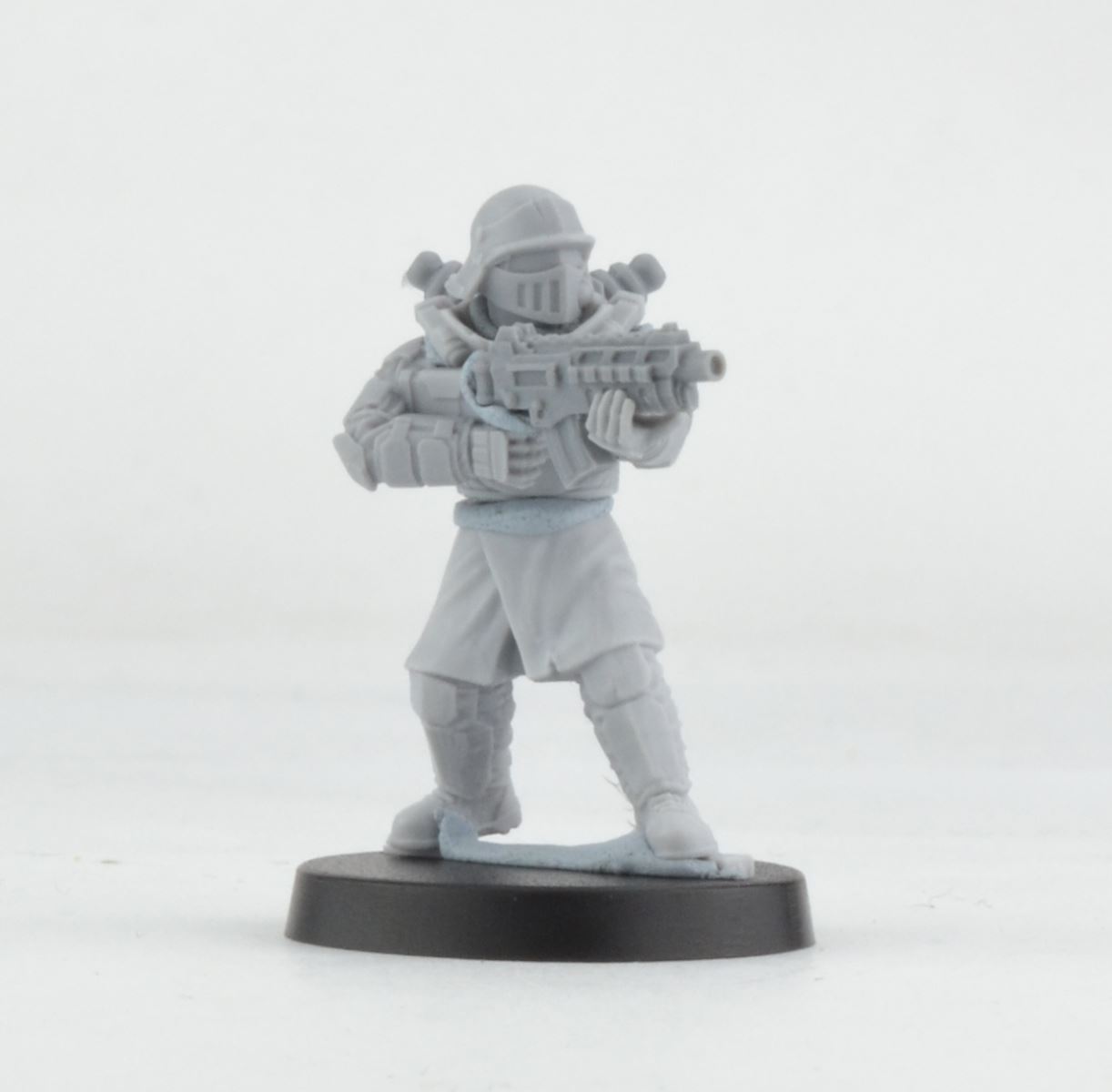 First there’s the quality. On this front Anvil Industry passes with flying colours; the details are crisp and clear, and the pieces have virtually zero flash on them. It’s also worth pointing out the ingenuity that went behind the design of the components and the layout of the pieces on the casting frame. The slotta clip on the legs, for example, make up the casting frame, reducing the amount of wasted resin. Each piece likewise comes with a hole or a peg to allow for a better fit with each piece. The arms, for example, have pegs that fit into the holes on each side of the torso. These can be snipped away or filled in with putty if needs be (if you’re using them with other non-Anvil Industry bits), so it’s nice feature improves the bond of components without limiting their versatility.

As can be seen from the pictures, the miniatures also just flat out look good. Whilst the options of bits available are definitely channeling a Warhammer 40,000 vibe (the WW1 range, for example, has a definite Death Korps of Krieg feel about them), there’s still masses of scope to play around with getting a unique set of modern or sci-fi soldiers. To show the interchangeability of these pieces, we combined a few of the previous pieces and added a Russian Crimean War head from Warlord Games. 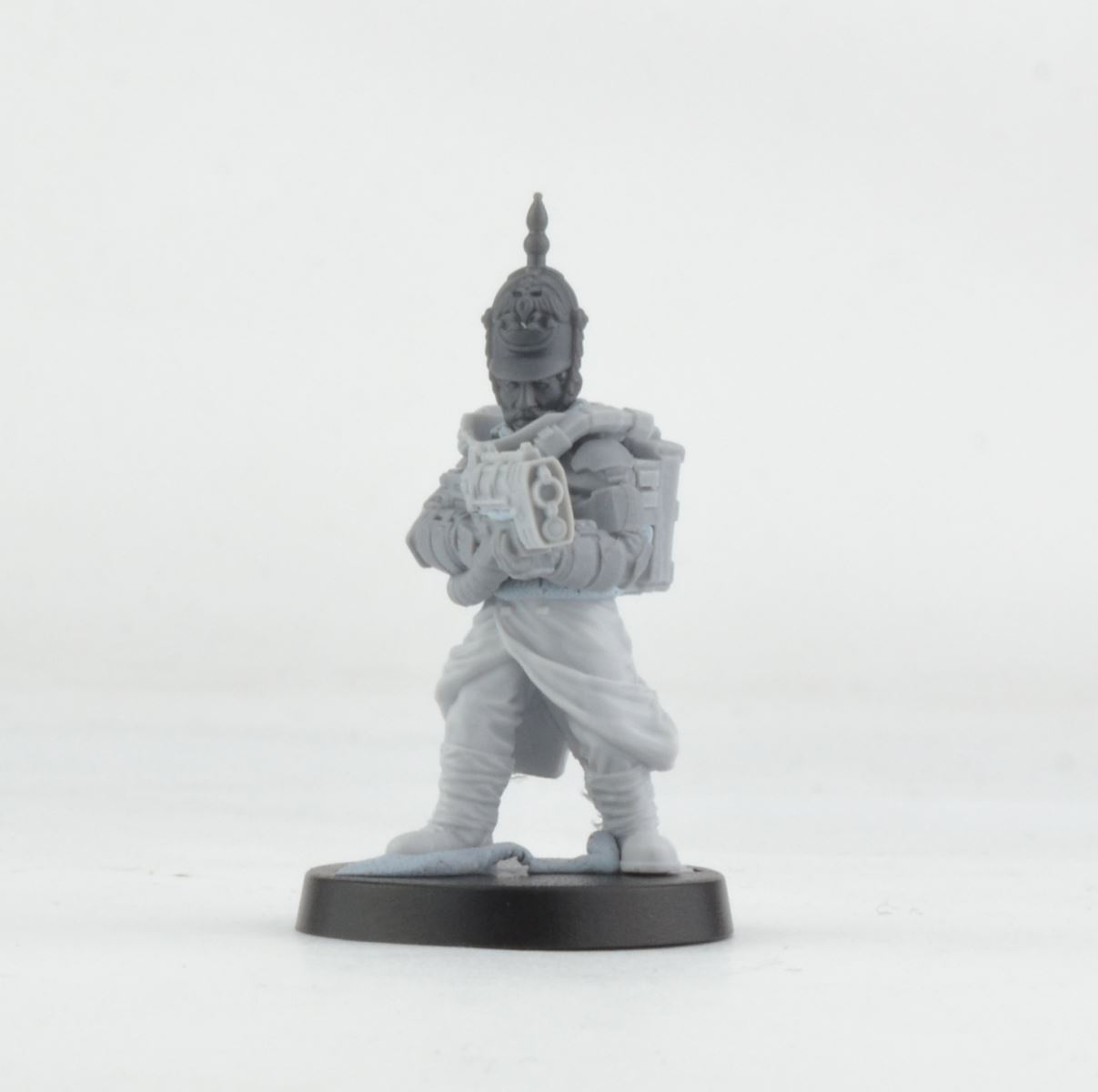 On price, the nearest comparison is Games Workshop’s own Cadian Squad – a metric we also used for the Mad Robot CDF squad. Not surprisingly they’re a little more expensive (but only a little), but if you want a unique deal that’s not particularly surprising. The uniquely customisable nature of the Anvil Industry is its real draw - after all, where else are you going to get a cyborg army in British colonial era uniform, gas masks and Kalashnikovs? Overall, the regiment builder system is a superlative addition to the hobby and one that’s absolutely worth recommending if customisable modern or sci-fi infantry are your thing. 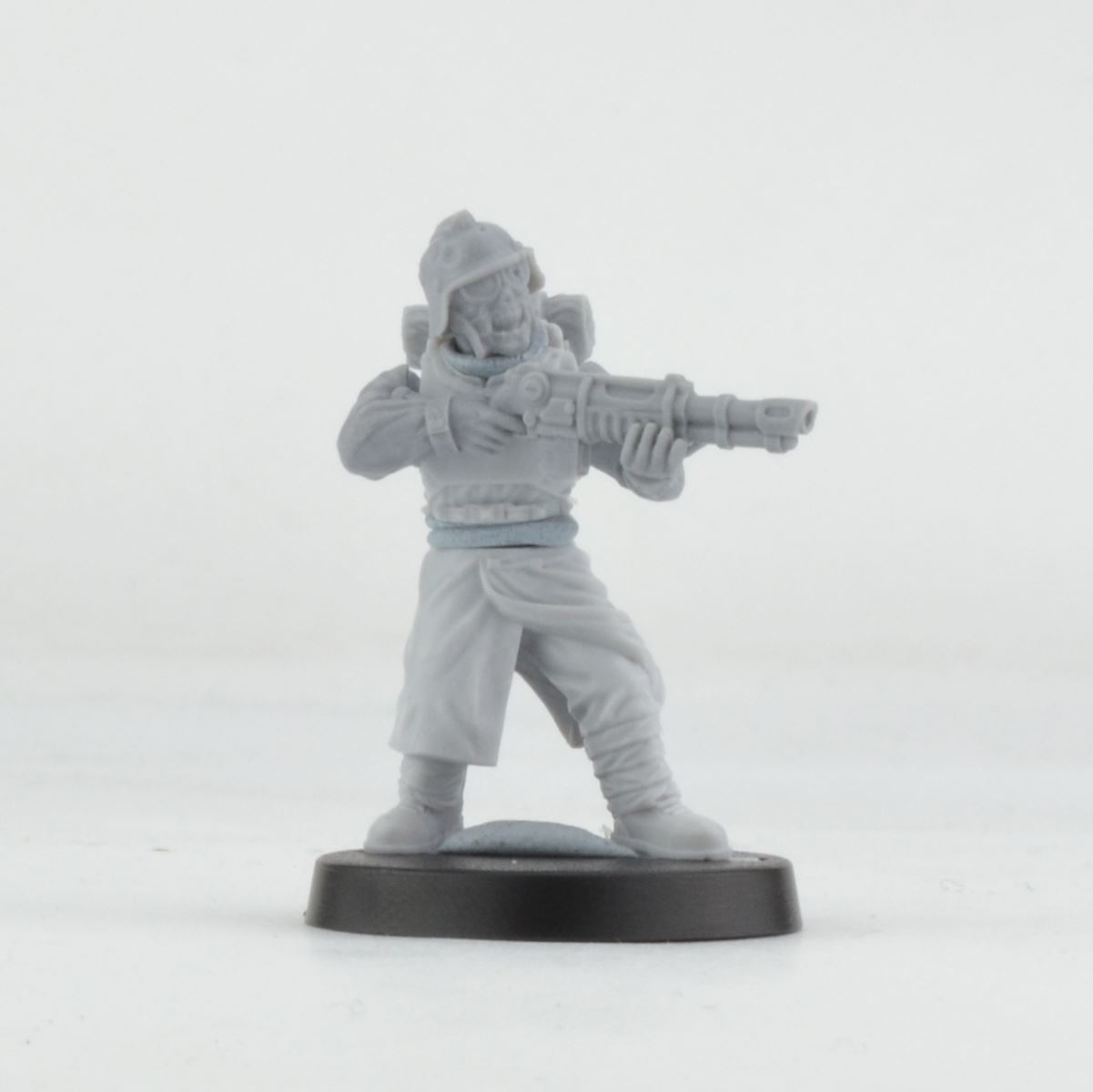