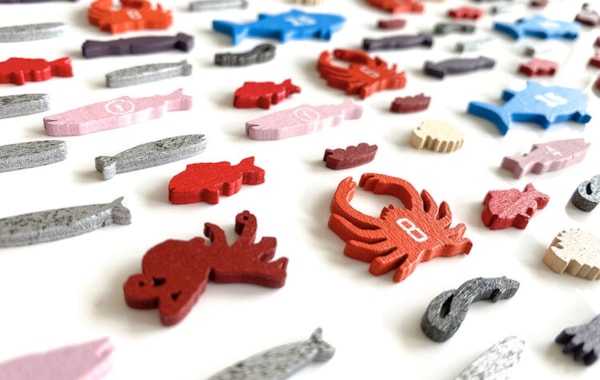 Meet the nomadic designer who brings games to life from pure tactile experience mixed with social play and economic simulations. Oh, and they make the components before the game…

“I have done a lot of different things in my life and I’ve been nomadic for the past nine to 10 years,” says Jordan Draper from his current residence in Oslo. Starting life as a hardcore and metal musician, then studying architecture before making an eastward swing to study Japanese instead, freedom of intention comes very naturally to Draper. He ran a design shop for a while before releasing a couple of games on Kickstarter. The success of these lead to him running his board game design studio, singlehandedly now, and a series of incredibly interesting games. 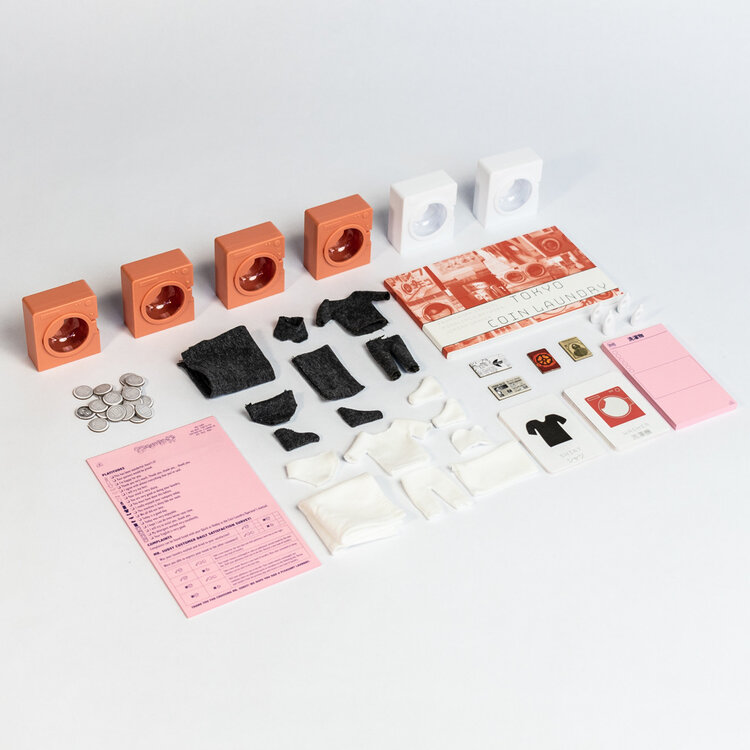 “I’m just sort of in this blurry multimedia of design as a medium for what I like to do,” says Draper, “originally I didn’t know exactly where I wanted to go with the games, but they kind of quickly turned into what I would call a miniature art gallery. You almost get an art exhibit every time you get one of them. And I wanted them to feel like there’s a sculpture, it’s like immersive sculptures, you’re having an experience. That’s sort of a miniaturized abstracted version of the world. And a big focus at the start was the three dimensional components.”

Draper’s games fall into two categories. The first is experimental, artistic games with a social play element – like the vending machine game Tokyo Jidohanbaiki and Tokyo Coin Laundry (review page 78). Both games have a mix of guest designers, and include aspects like roleplaying games in a Tokyo laundry, abstract games using miniature soda bottles and crates, and even a washing machine wargame. The second category is his heavier economic games, which have systems that are simple in their approach, but have a lot of strategy based on player perceptions.

But both have a similar artistic approach to components. His very first game, Poison Bottles from 2015, was entirely handmade.

“We handmade 120 of those ourselves,” laughs Draper, “and then the next two games I also handmade all of those. In total I think made like 700 boxes and components from scratch for those three games and that’s kind of where I got an initial following. Then I made Import/Export as my first ‘manufacturer published game’ which did really well. It allowed me to stop making things by hand.” 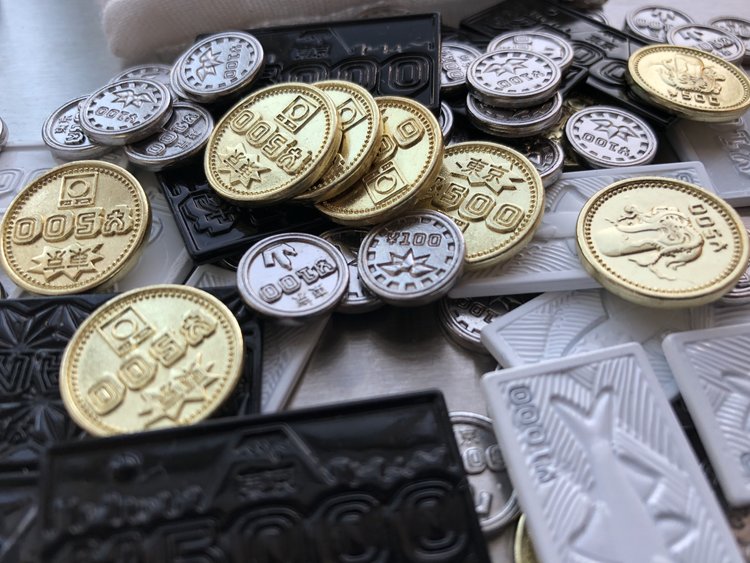 “I’m very aesthetically driven from the design approach and then things might go drastically in some other direction into the social and human element or into the systems element. I’m inspired by a theme where I’m inspired to explore something interesting to me cultural or personal. And then I try to express that through the components as a piece of art and that develops into an actual game after that.”

“I didn’t really understand the ritual element of games even after I was designing the first few or three or four. But as I spent more time with Luke Crane (Burning Wheel), who I co-designed the RPG game in Tokyo Coin Laundry together, I became kind of obsessed with rituals and seeing how that played into the experience, and what I was trying to make with components.” 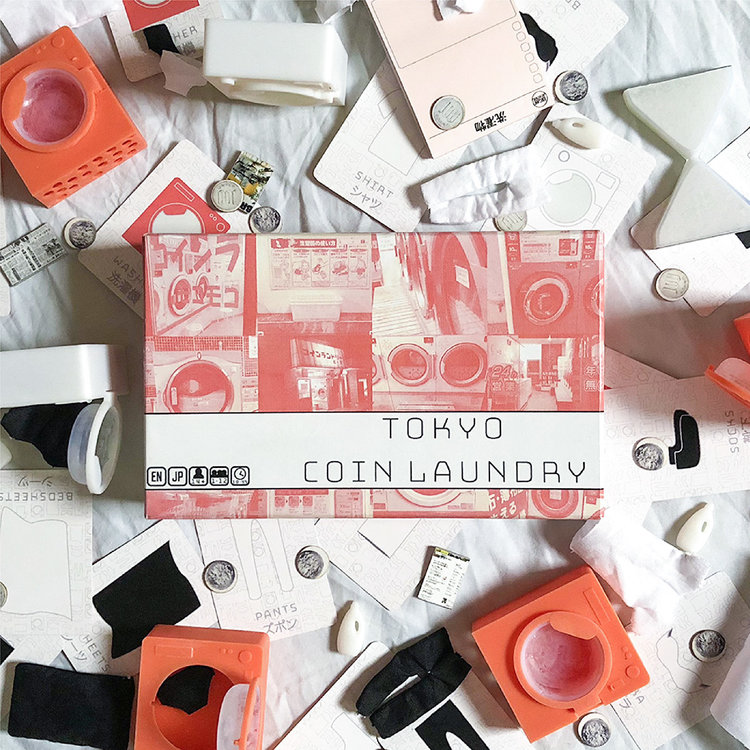 These rituals are what you’re taking part in when you play one of Draper’s games. The components, such as the tiny washing machines in Tokyo Coin Laundry or hand-poured resin boats of Tokyo Tsukiji Market (review page 79) demand to be touched and interacted with. In the solo game included in Coin Laundry players are playing a push your luck game about gathering the most items of clothing, loading them into the tiny machines, and committing them to dryers to improve their scores. There’s really no reason that you couldn’t play this game without the components, but getting lost in the moment of actually doing something like this is an important aspect to Draper’s design approach.

“There is something really beautiful about these almost mundane experiences that you have in life, if you can appreciate them and you can just stop and only be in that moment,” says Draper, “and that was the goal, especially with that solo game. You’re manipulating, moving the things around, you suddenly get entrenched in this idea of doing this laundry and trying to be efficient and get these items. And it’s like everything else melts away.”

Draper spent around ten months working on the prototypes for Coin Laundry, including the washers, dryers, and tiny clothes before he even designed a game for it. These components then are designed for player interactions to be more meaningful, to find ‘pure’ play. Immersing players in the theme is an important part of Draper’s design philosophy, which is why the ‘components first’ approach works for him.

“If you’re going to make a theme and you’re trying to immerse somebody in something it’s really not enough to just abstract it as a card and a piece of art, or like a flat standee or something, it has to be multidimensional and you have to understand it spatially.”

The economic ‘sims’ also contain a strong social element too – everything is interconnected and based on the player actions. 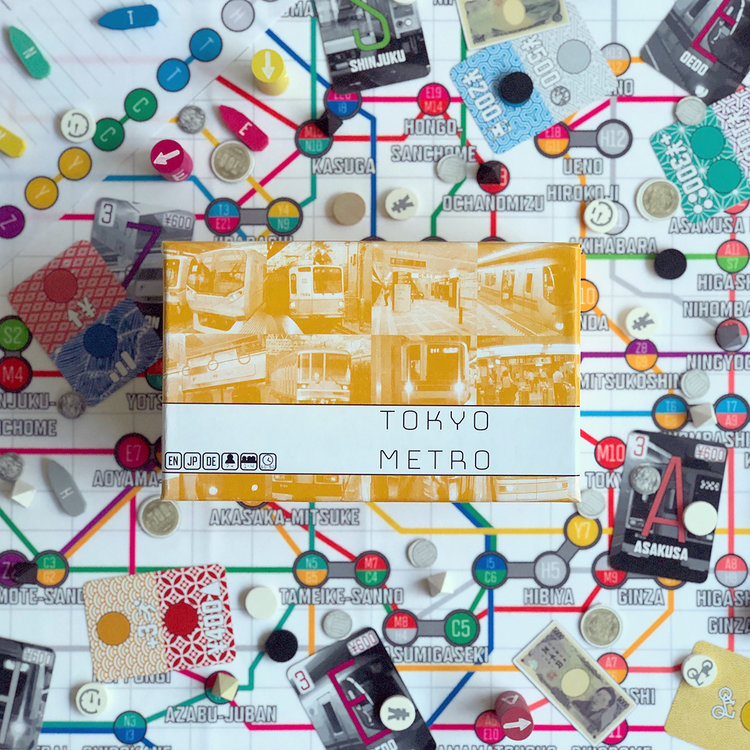 “I would say, especially with my economic games, I always want them to contain perceptive value and be player driven in some way. And I want them to be modular in some way,” says Draper. In Tokyo Tskuiji Market – a game about fish markets players buy one another’s fish to turn them into resources that can be used for points, or to feed back into other markets – players are in control. Prices in these markets are manipulated by the players, and the price a raw fish barrel is sold for (which can rot if left in the market for too long) is set by the player who catches it. Savvy players will be watching who is able to manipulate each market, and pricing their fish to just be tantalising to others around the table. 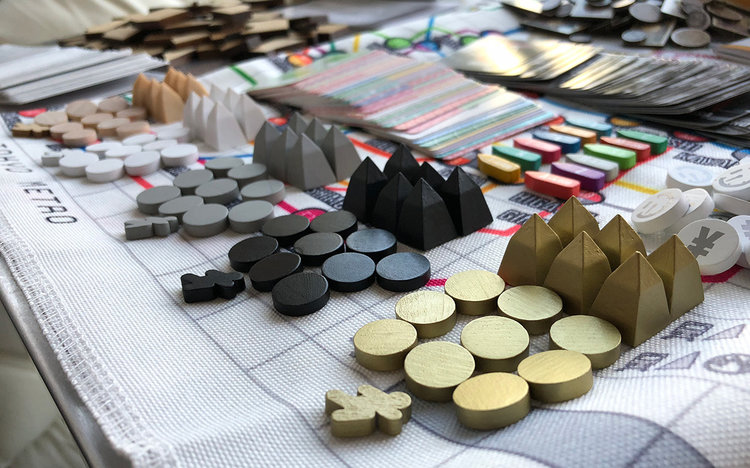 The social side of Draper’s games can be seen in Tokyo Gameshow (review page 78), which is pretty much what is says on the box. One player becomes the host, the rest contestants, and games can be randomly selected or curated from the 62 available. These range from word games to dexterity games, versions of hide and seek, and even games that require the use of glow in the dark disks.

“Takeshi’s Castle is one of my favourite shows of all time. I was trying to think of how I could bring that into a board game setting and still make it like really silly and fun, but also have these different types of games,” says Draper, “I was trying to approach that as a feeling of being competitive and on a game show, but where you knew what kind of game was going to come because of the category that you’re playing in. Beyond that it was ‘how can I get five seconds of fun?’ – how can I make you want to repeat these five seconds of fun over and over and over again.”

For those who want to dive deeper into the artefacts and art exhibits of Draper’s work, where should they start? Import/Export is an engine builder that utilises 160 unique cards, so you build your own special set of rules that apply to you as the game moves on. For those looking for experimental games, Draper has created a series of ‘zines, the latest of which is Mirror.

“I don’t know if I would call it a game completely, but there’s like four series of exercises you do as a group. It’s almost like a group therapy session,” laughs Draper, “that’s a bit introspective, but it’s really like silly and fun. You’re kind of getting to know everybody and because you have these exercises, these rituals, to guide you and allow you to open up and try something a little bit newer, a little bit more out of your comfort zone, but not going too far. I would say you can kind of take it wherever you want to. Every time I’ve played that with a group of strangers, we’ve gotten to know each other very quickly.” 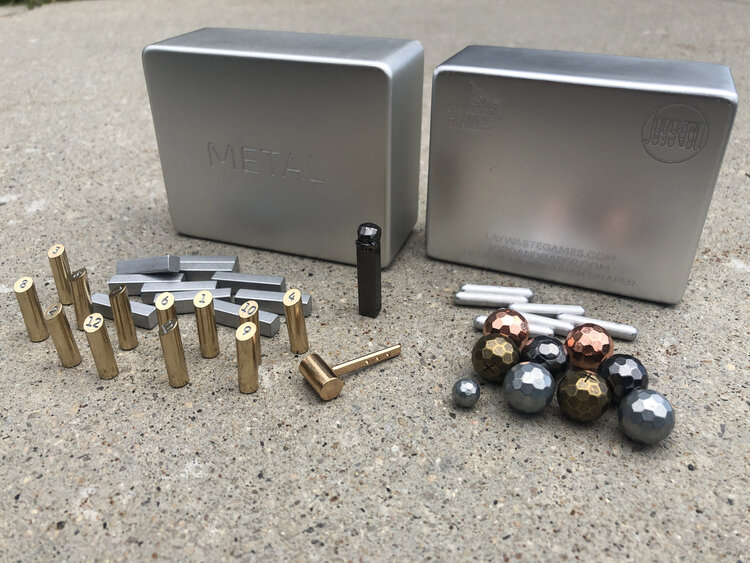 Aside from making new friends, what’s next for Draper? “I usually have between three and five games in production all at once, like in design. Uh, so if I have any less than that, that I’m probably getting lazy,” he says, “right now I’m working on Tokyo Capsule Hotel, which I’d almost designed completely. And then I took maybe like a three to six month break from, and now I’m coming back to it to kind of finish it up.”

“It’s a completely open bartering system and it’s in real time. You can make any deal happen that you want to with another player, but it’s because it’s all happening in real time you have to pay for things and then do them after you pay for them. And then wait until you’ve done that thing to pay for something else. And so everybody’s doing that all the time. And when you hit a certain threshold of an amount being paid per round, then everything stops and you get a payout from how good your capsule hotel empire is. And you’re also drawing on a map and like subdividing land and doing all kinds of crazy things.”

On top of this is the last in the Tokyo series, which is a dungeon crawler meets economic simulator with over 500 different items. “Oh, and another fun one I’m working on a treasure hunt game where there’s actually going to be a small golden statue in the real world. You can go find if you figure out how to get there.”

We’re on our way.