‘I think of edible games as a sort of new technology, like VR’: Meet the designer of the board games you can eat Playing with your food

Jenn Sandercock is a game designer, developer and the author of the Edible Games Cookbook, a collection of board games that can be cooked and eaten as they’re played.

We spoke to her about combining her passions for games and food, found out why she believes edible games could revolutionise the tabletop, and asked her to put together a full meal of delicious – and playable – dishes

When did you decide that being able to eat your games was something that needed to happen? Which it totally is, for the record!

I’m not sure if I have a precise moment, it feels like it’s been building for a long time for me. I’ve always liked pushing the limits of games and finding new ways to play. Since I also love baking, it seemed somewhat natural to me to pair the two together. The reactions I got from playtesters and others was so positive, that I realised I needed to keep going and make more games.

You’ve developed a number of digital games – how does designing for the physical world compare, especially the most physical experience of eating?

Strangely, making edible games is more comparable to digital games than traditional tabletop games. In a traditional tabletop game, people want to be careful of pieces since they need to last multiple games. Whereas in my games, they’re only going to last for one playthrough and you destroy them as you go. That’s a lot more similar to the way that you can remove or delete items in digital games, like matching candies in Candy Crush. 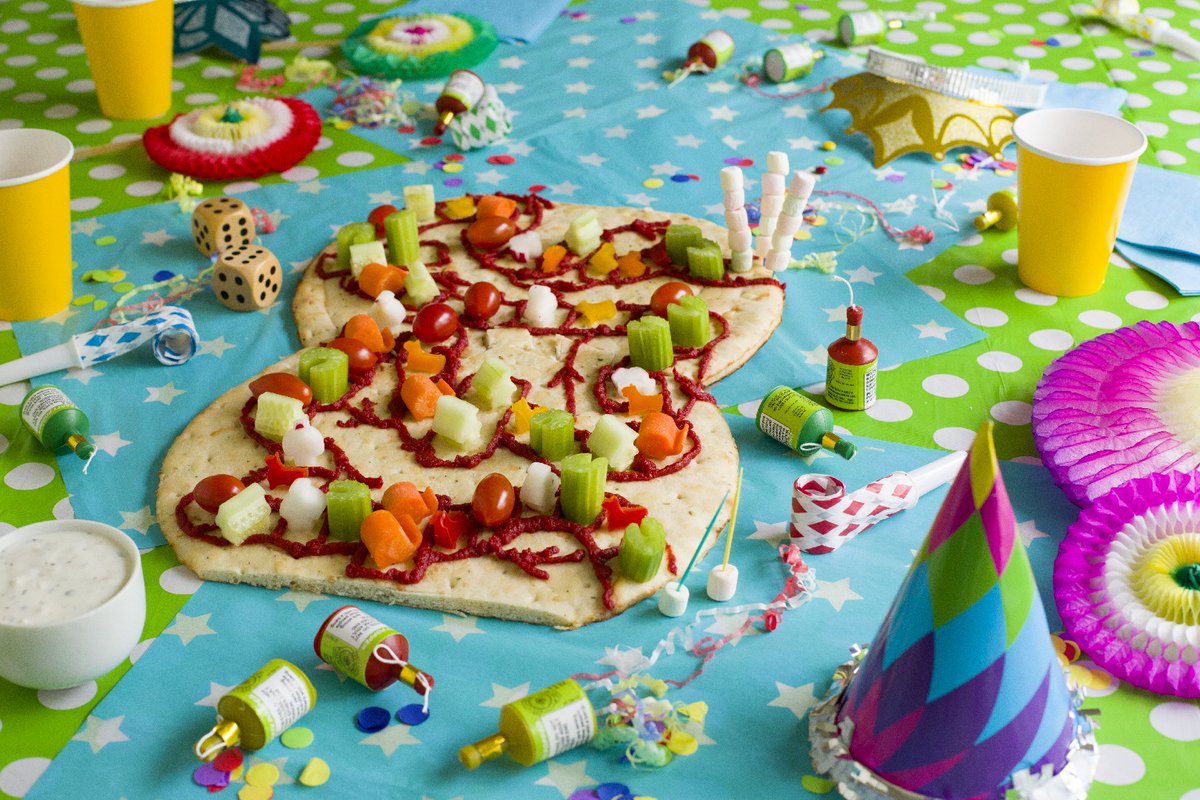 How do you begin to design one of your edible games?

I start with a core of an idea. That could be about the food I want to use itself (e.g. wobbly Jell-O) or about the theme for the game itself (e.g rituals) or about the players (e.g. kids, people at a bar) or the senses I want the player to use (e.g. taste vs. sight). I usually then add in some more constraints to build up a picture of what the game could be, e.g. a Jell-O game that makes kids laugh where they have to use dexterity. Next, I start doing some online or paper prototyping, if that’s possible. I try to step through a number of turns being very careful to think about what exactly the player is doing at each moment and how food is important to how they play the game itself.

Sometimes I have to skip this step and go straight to making the food and literally playing with it to work out what’s fun. It depends on whether the game is very linked to the physicality of the food itself or has a significant component in the mind as well.

Eventually I create a prototype with the food and the rules and I see if it works. It’s very important to have some food at this point, even if it’s not the final recipe. The food itself and the way I encourage people to play with it can create a lot of the actual ‘fun’ of playing the game.

I might need to go back and forth a bit until I’m happy with my prototype. At which point I can start to work out what my final recipe will be. During this process, I consider ways that dietary restrictions can be accommodated or ways people can cut corners or do extra cooking depending on what they want to do.

How do you ensure that these are games where their edible nature is crucial to the experience? In other words, they can’t just be recreated in wood and enjoyed just the same – and they’re more than just a novelty.

I make lists of why this couldn’t be done in any other medium for that particular game. I think about other ways that I could make the same game and then I consider whether it would feel the same or whether it would be very different. If I see playtesters being able to play the game and not eat the pieces, then I know I’m doing something wrong.

Did you come up with any interesting games that were inedible, or delicious pieces that failed to become a coherent playing experience? It seems that a social deduction game might be tough…

I certainly did try a few games that didn’t work out very well or just didn’t rely on the food part enough. One of those games was a Cluedo-like game. Part of the problem was that the sheer volume of food that would need to be created to play one round. It’s not practical to have a lot of food waste, so I need to make sure that people eat at least a decent percentage of the food that has been made for the game gets eaten.

Another game I tried to create that didn’t quite work was based on cookie dough. The idea was some sort of resource game where each player had cookie cutters and they were trying to claim more dough before having to roll out new dough. I liked the idea and I played around with a lot of cookie dough, but I just couldn’t get it to work at the time. I still want to go back to it. 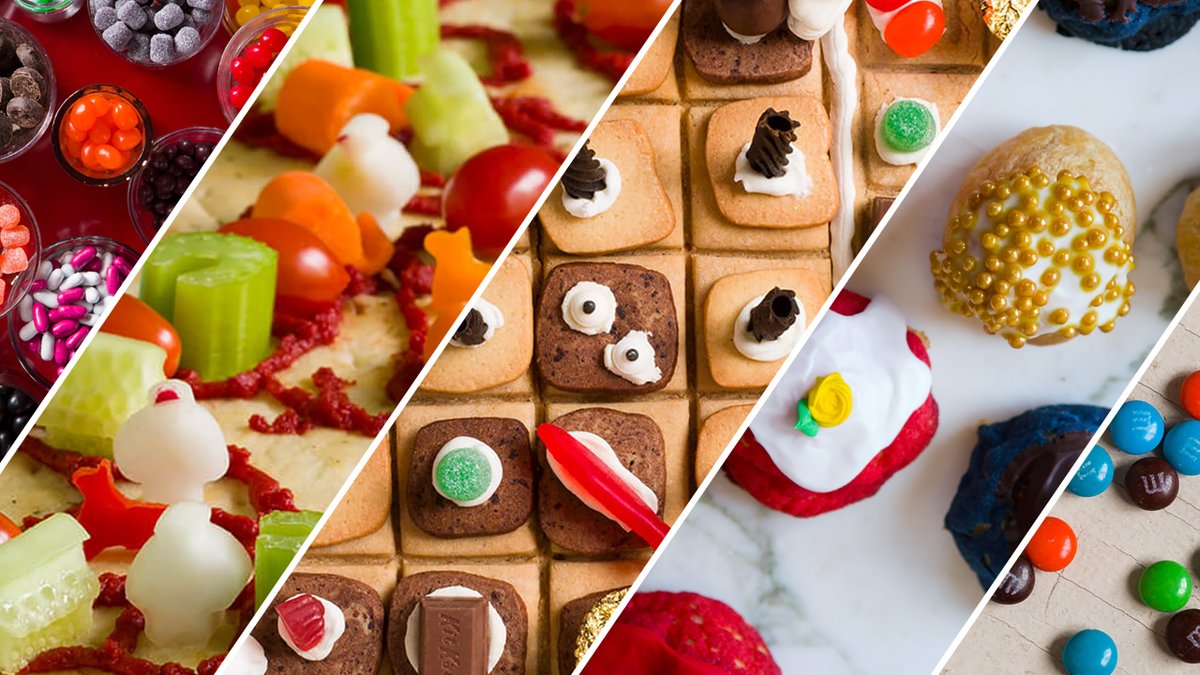 What makes for the best foodstuffs when it comes to making pieces designed to be picked up and moved around? Do you have to modify common recipes, such as gingerbread, to make them more resilient or suitable for gaming?

Gingerbread is definitely a great basic recipe. It can be shaped in interesting ways and I didn’t need to modify it at all to make it suitable. It did take me awhile to work out the best combination of gum paste and tylose powder to create stiff, but edible, knight-meeples for people to move around the board without getting soft and floppy under hot, human hands.

Not all of the games are set up like a board game, so the food can just sit in a bowl until it’s eaten. I tend to work with standard recipes and modify gameplay to fit any disintegration of food.

How did you ensure that each game would feel unique – so that not every experience was a gingerbread board and sweet pieces, with slightly different rules?

People have been making tabletop and digital games for a long time now and there is a lot of variety within them. I like to think of edible games as very similar to some sort of new technology, like VR. Whenever people approach new technology, they think of all kinds of different ways to use it. With food, there’s so much it brings to the table of general game design: food has taste and smell; food can have different textures; food can fill you up and satisfy hunger or make you feel bloated; people have very strong preferences for and against food; people have social customs around food already; and that’s just for starters. I feel like there’s still a lot of depth to edible games and I don’t feel like it’s been super hard to end up with a variety.

Is there a particular type of food or ingredient that you’d still like to workshop into a game in the future? 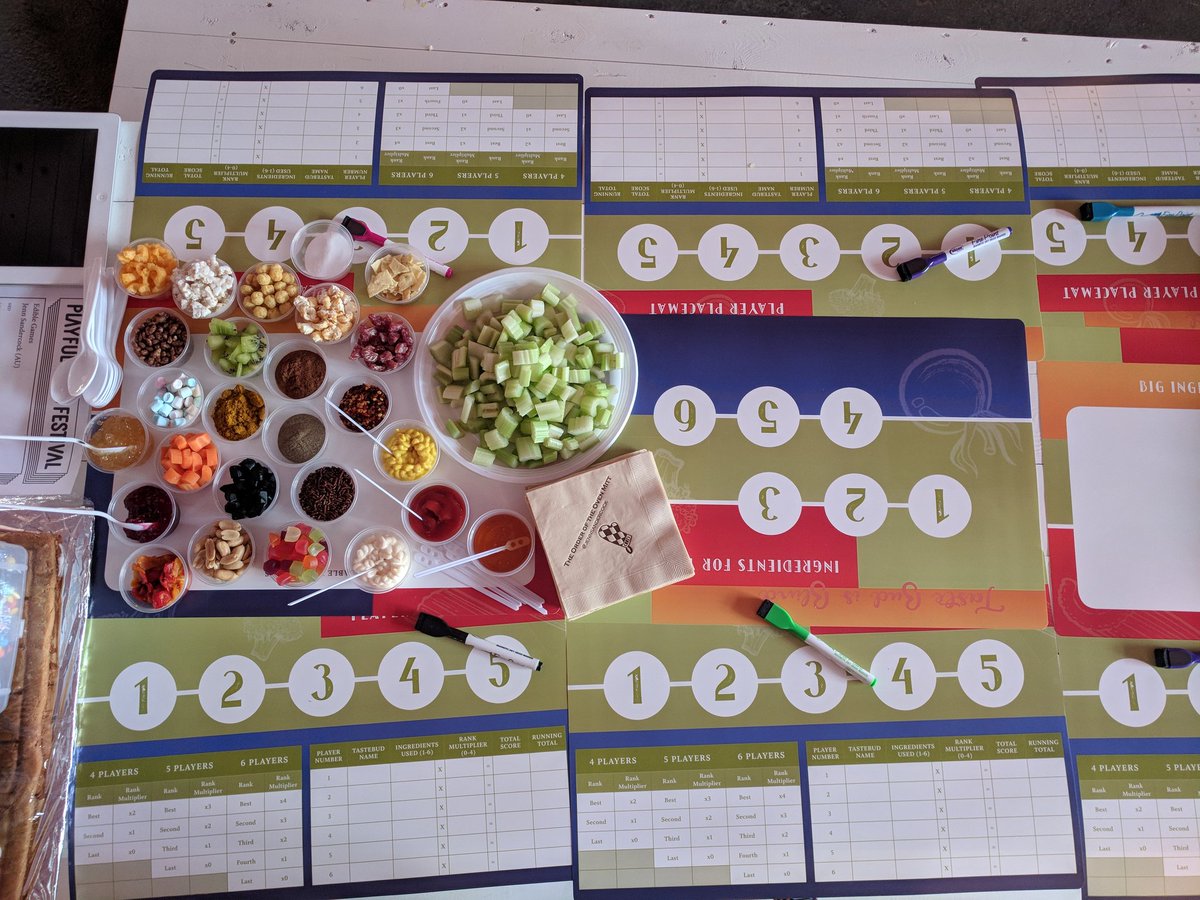 If we were to host a five-course playable meal, what would your recommended dishes be?

Five courses is a lot, some people get full eating just one of my games! Then again, others are more than willing to play again. So, assuming everyone is hungry, I’d probably suggest the following games:

What are your future plans for edible games – is there a chance we’ll see a second cookbook? Or one focused just on, say, chocolate games or savoury dishes?

I’m currently just focusing on this cookbook and seeing what happens from that. I’d love to be able to keep making edible games and do a series of cookbooks. I’d particularly love to do a cookbook of games meant exclusively for kids and conversely one just for adults.

I’m really excited to get to share my edible games with people and I’m really hoping it inspires other people to get creative and either modify my games or come up with entirely new games themselves.