How board games conquered Kickstarter: Five years on from the tabletop crowdfunding revolution Kickstarter has radically transformed the face of tabletop gaming, allowing first-time designers and ambitious projects too risky or costly for traditional publishers to find an audience and raise millions. Head of games Luke Crane and some of the creators who have successfully used the platform reflect on its rise to the top

In recent years, crowdfunding service Kickstarter has become one of the most important forces in gaming. The site, which allows artists and entrepreneurs to seek funding for creative projects, has been embraced by independent game designers, publishers and legions of players.

Their enthusiasm has given birth to games ranging from quirky RPGs to comedy card games and sprawling miniature strategy titles, with some projects attracting millions of dollars in backing. With the appetite for fan-funded releases seemingly in perpetual growth, we spoke to the man behind Kickstarter’s vibrant gaming section and some of the publishers using the site to bring their ideas to life.

Luke Crane is Kickstarter’s head of games. A lifelong gamer himself, he’s also the highly respected designer of the Burning Wheel and Mouse Guard RPGs. He says he joined the company following a surge in gaming campaigns on the site, which until then had been primarily known for arts, design and technology projects.

“March 2012 was when games really blew up on Kickstarter,” Crane says. “They went from a normal category to: ‘What the…!?’ in a very short space of time, so they were looking for someone to help manage the games side of things and explain really what the hell was going on.”

“Kickstarter allows creators who have a mad vision to take a really deep dive into it, and come up with something strange and wonderful.”

The numbers behind gaming’s growth on the site are striking. In total, fans have pledged over $580 million (£465m) to in excess of 20,000 successful campaigns – more than 20% of all funds raised on the platform. Tabletop games have done particularly well; in 2016, a six-month study found that board, card and roleplaying games had attracted six times as much funding as their digital counterparts.

Crane attributes this success to a range of benefits the site offers creators.

“With Kickstarter it’s really easy to make your games look nice,” he says. “You can show off your minis, really zoom in to the gorgeous details of a game in a way that’s difficult to do on another platform or on Amazon.”

He adds that the open nature of the service gives creators a level of creative freedom that might not be on offer from established, traditional publishers, pointing to the horror game Kingdom Death: Monster 1.5, which recently raised over $12.3 million (£9.9m), making it the highest-funded games project in the site’s history.

“What publisher would have taken Kingdom Death and said, ‘Yeah, okay, sure, we’re going to invest four years and $1.5 million to really get this going’?” he asks.

“Kickstarter allows creators who have a mad vision to take a really deep dive into it, and come up with something strange and wonderful like Kingdom Death. In terms of something like Exploding Kittens [a card game by the author of popular web comic The Oatmeal, which raised over $8.7 million (£6.9m)], yeah, a publisher might have picked that up, but there’s such a magic power in a creative team being able to go straight to their community and have a relationship with them. It’s incredibly valuable, it’s the kind of thing that big companies are questing for all the time, and on Kickstarter you can do it with very low investment.

“It’s not just about money, it’s about having a creative vision and being able to really dig into it in an unadulterated way. Publishers aren’t universally bad, but they can steer a game in a certain direction. When it’s something outside of their mould it’s very difficult for them to accept that kind of risk. Risk isn’t always a bad thing; it’s nice that risk has a home on Kickstarter and people can take these gambles with the support of people who believe in them.” 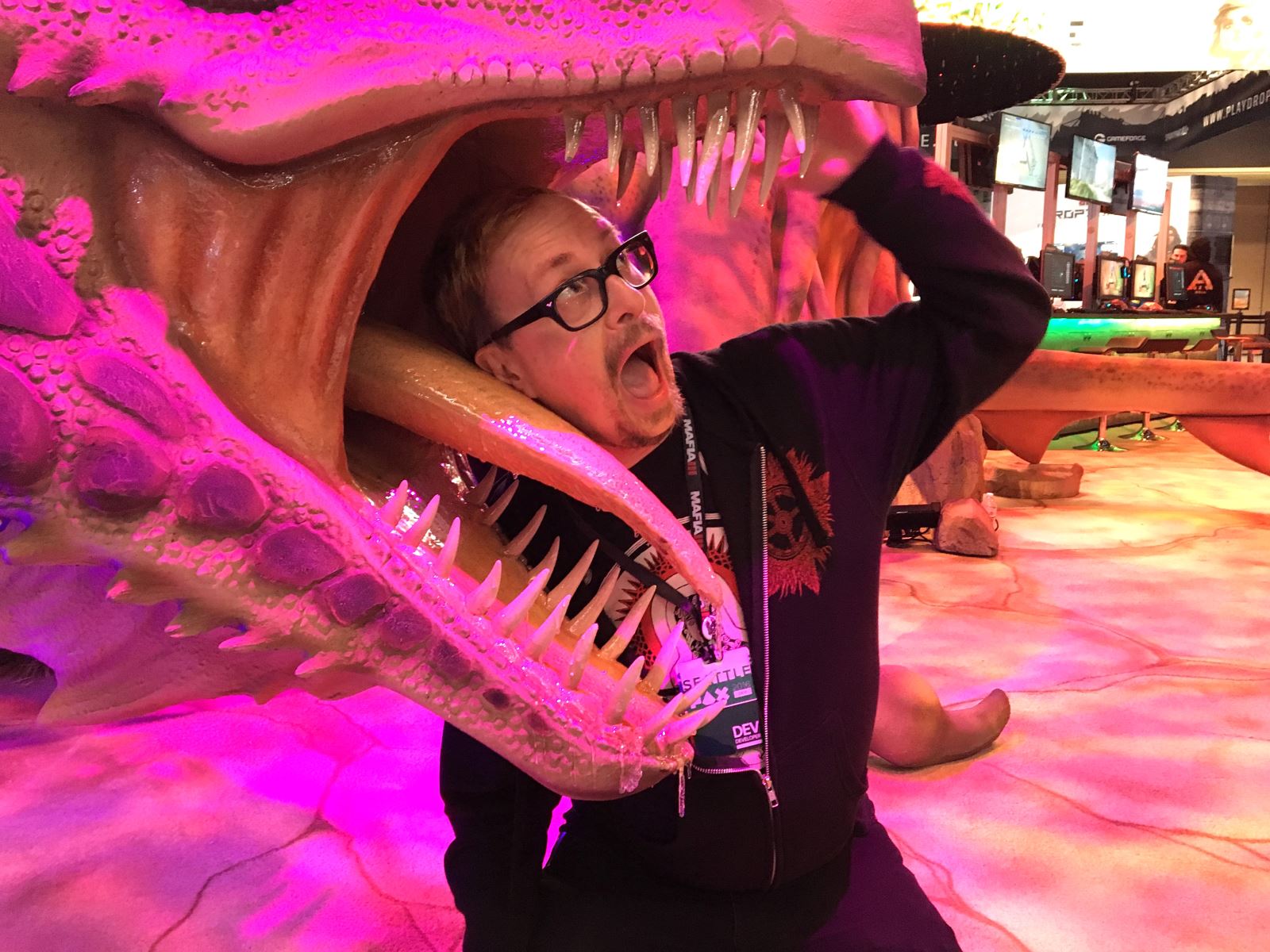 Danish game designer Jacob Jaskov echoes that sentiment. In 2015 his game Fog of Love made waves when he exhibited it at Essen Spiel, Europe’s biggest tabletop gaming event. But while his design attracted interest from players, he found that publishers were wary of its unconventional theme.

“It’s a romantic comedy as a board game,” Jaskov says. “You create a character, play out a relationship and try to make it work while simultaneously trying to fulfil the ultimate destiny of the character you’re playing. What’s special about the game is that you can choose between multiple destinies, and each one has a different style of play and different objectives.”

Love and relationships may be a universally recurring theme throughout most forms of entertainment, but they’re poorly represented in gaming – a medium usually more comfortable with zombies, aliens and dungeon-crawling adventure. Jaskov says that while several large studios have been curious about his game, none were willing to take the risk of releasing it.

“I had very good conversations with some big publishers,” he says. “They liked the gameplay, but they had no proof that a game like this could be marketable. There was clearly a gap in the market, that’s why I did it, but if you’re starting something new with a new type of audience you need to invest more. If you’re targeting new segments of your audience with a new product then it’s more risky and costly, and you don’t know if you can get a good return.”

In the end, Jaskov decided to release the game himself using funds raised from a Kickstarter campaign. He says the approach offered numerous advantages.
“The relationship you have with Kickstarter backers is amazing,” he explains. “We had feedback on what kind of art to develop, what sort of scenes should be in the game; it helped us understand that we were on the right track.

“We had more than 400 volunteers looking to help us in some capacity. We had people who wanted to do playtesting. We had quite a big published author going through all of the language in the game, because English isn’t my first language, making sure that all of the narrative is tight and good. We have a backer from Spain who has already translated the whole game into Spanish. The way people have helped us has been hugely emotionally gratifying.” 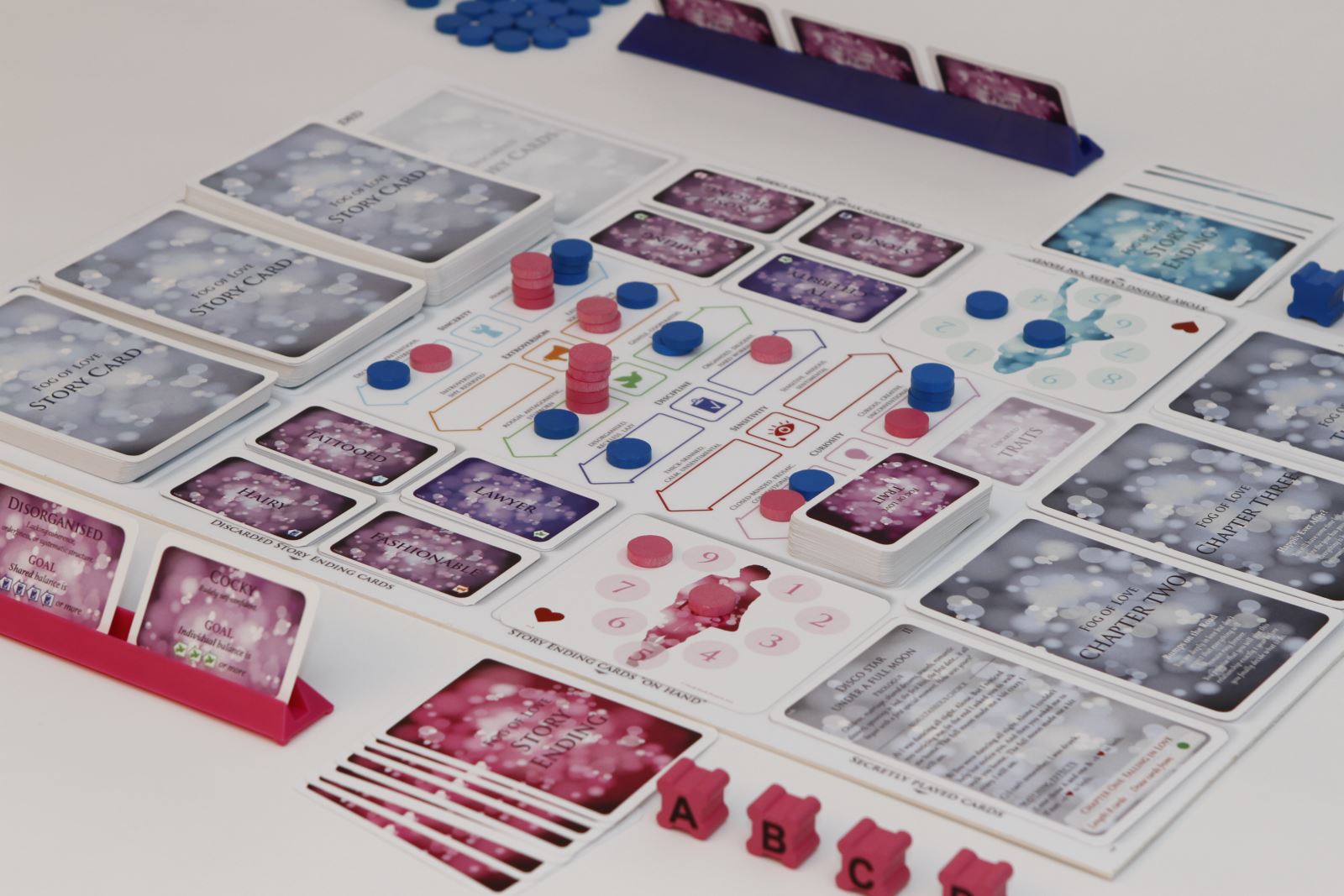 While Fog of Love has found support from its backers, development hasn’t always been smooth. Jaskov worked for 60 to 70 hours a week over the course of six months on his design. The $162,908 (£130,685) raised from backers has been enough to cover his expenses, but not to turn a profit. He hopes that retail sales will provide an income and allow him to hire staff to help with future games. The project has also slipped behind schedule.

“It’s four or five months late, which isn’t a big deal on Kickstarter,” he says. “But it’s really annoying to disappoint people.”

Delays to production have become a common occurrence on the platform, and Kickstarter is careful to explain to backers that the projects they support can come with an element of risk. According to Crane, though, users have been largely sympathetic to creators who hit unexpected snags.

“I think the games community very quickly understood what they were getting into,” he says. “There are a bunch of different reasons why people back games, and sometimes it’s just getting the thing. But the kind of angry preorder backer I see is a very small number. They’re very vocal, but by and large I see people who understand what the model is, what they’re getting into and why.”

But a small number of high-profile failures have left users angry and out of pocket. The best-known is probably 2012’s The Doom That Came To Atlantic City, a game inspired by Monopoly and H.P. Lovecraft’s Cthulhu Mythos, which went under without delivering copies to its backers. Three years later, publisher Erik Chevalier settled a case with the US Federal Trade Commission which alleged that he had used most of the funds for personal expenses. 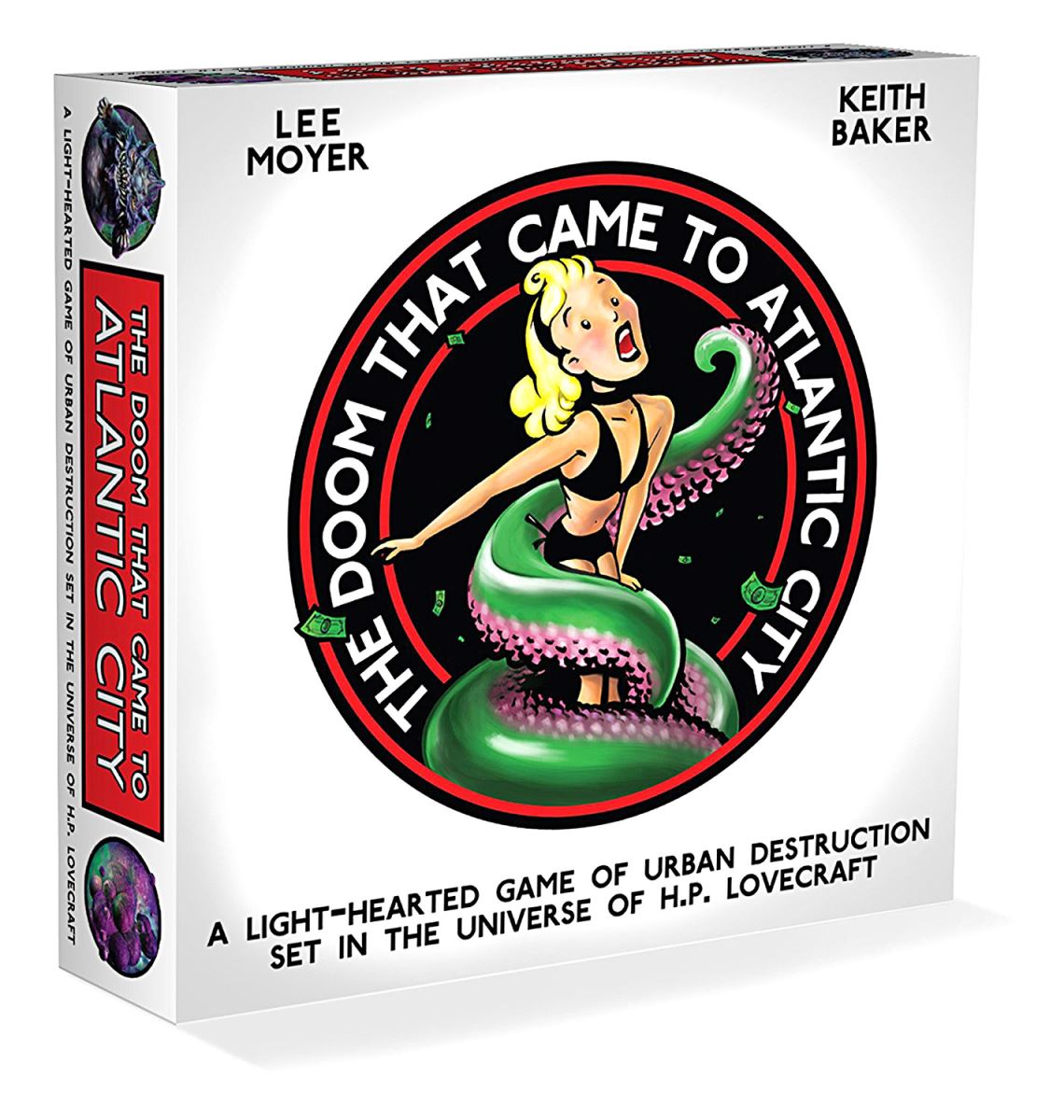 The Doom That Came To Atlantic City

While the incident left backers outraged, though, Crane points to it as an example of the resilience of Kickstarter projects. Games publisher Cryptozoic eventually stepped in to release the game, ensuring that backers received the copies they’d paid for. The company’s creative vice president Adam Sblendorio says they felt compelled to produce the game out of sympathy with its designers.

“It was Scott Gaeta, our then-president’s idea” Sblendorio says. “But a lot of us were fans of [artist] Lee Moyer and [designer] Keith Baker’s previous work, and the more we looked into what happened, the more it seemed that they’d been on the wrong end of a lot of unfortunate situations. They put their project in the hands of another party, and that’s where things went badly.

“I can’t say to what degree it would have hurt Kickstarter if we hadn’t stepped in, but it would have been very easy for people to point to the story if anyone had reservations and wanted to tell you that it wasn’t a good idea. I think it’s forced Kickstarter creators to really sell their abilities as well as the idea of their game. It’s meant we have to show our manufacturing process, show people where we’re actually making things. You can’t just promise people jetpacks and have them throw their wallets at the screen.” 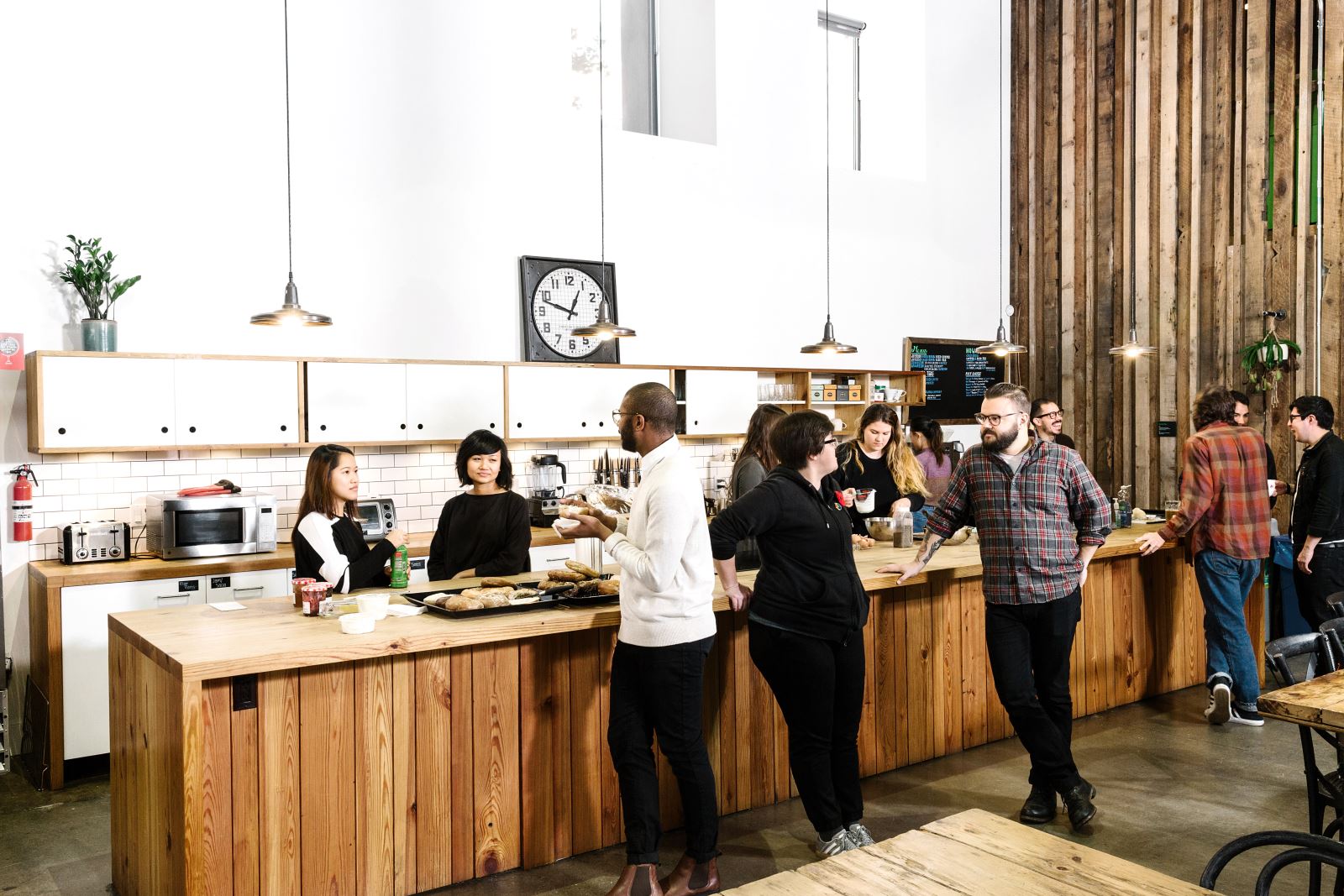 “The first part of it is to do your homework before you get on Kickstarter,” he says. “Get out there in the world, test your game, take it to shows. You have to play it with other people, talk to people about it, watch them play it. It’s a big part of game development and you absolutely should do it before you launch on Kickstarter, because it’ll also teach you how to present your game. It’ll also start to build your audience; you can go back to these people and say, ‘Hey, remember that game you played at Gen Con last year? Well, we’re launching on Kickstarter.’

“Then, once you’re on the page, your project image is your most important image. So if you’re going to commission one piece of art, make it something that’s going to look good at full size and as a thumbnail as well.

“But really, it’s so much about being yourself and really expressing your vision. It’s not about saying, ‘We have Europe-friendly shipping!’ or ‘It’s discounted by this much!’ Those are nice, but they’re secondary considerations. People are going to look at the game and say: ‘What is the cool thing? What is the hook?’ They’re looking for the heart of the game, and expressing that to people is super hard, but it’s the key part of any Kickstarter project.”