Have You Played Abyss? The depths hold many fearsome dangers. And politicians. See how far you’ll sink into the deep to claim your victory.

Ah, the abyss. So deep, so dark, so full of terror. And so homely. Abyss is a game of trying to gain enough influence to become the king of the abyss by convincing others lords to support you, and in turn, gaining control of specific locations. Open the purposely off-putting box (a large, close-up grumpy fish-man face) and meet the beautiful and darkly dramatic deep-sea lords and the various grim vistas that they could net you. In the same way that Disney’s classic villains are all extremely evil and gorgeously rendered, your new hand full of fishes is too. Abyss is a game that looks so good and is so nicely themed that often players around my table expect more from it. That’s not to say that they’re disappointed, only that the production values suggest that there should be something very tricky at the deep dark heart of the abyss. 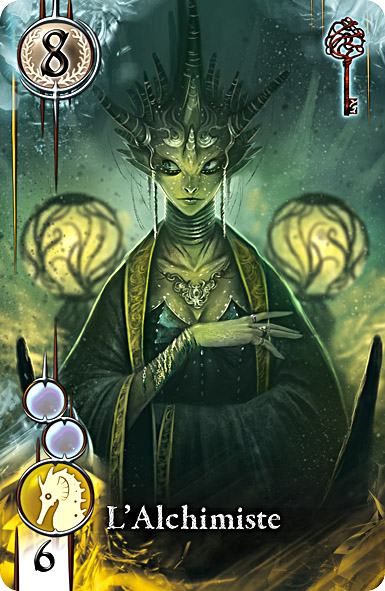 The game is all about attracting the fishy lords of the deep to your cause. You do this by collecting cards into your hand and then using them to buy up the influence of the available lords. Each turn you have one of three actions to take – explore the depths to recruit small-fry allies (your main currency in the game), recruit a lord from the available pool, or seek support from the council (which mean taking a stack of unwanted allies from exploration).

Each exploration takes the form of a kind of auction. Turn a card, offer it around before offering it to yourself. If anyone else wants it, they can pay a pearl for the first one. Two for the second – making this bidding phase a kind of push-your-luck mechanism. These pearls, and the clam-shaped holders, are just one of the small high-quality touches that the game gives the players around the table a sense of “Triple A” production. You want to buy this crab-friend? That will require you rolling a lovely pearl across the table please. Any unwanted allies go into race-themed piles called the council. This council can be picked up instead of exploring or buying a lord, giving you the chance to stock up on many of a single race, ideally for using as wildcard fodder or to save up for one expensive lord from the court.

The lords themselves are bought with the allies you’ve picked up from exploration by matching their stated requirements. Once you have proven yourself a leader of smaller sea-creatures then you can convince one of the extremely ugly lords onto your side. Once you have them in your set they’re likely to activate a power, or provide an ongoing benefit. This can be something like obtaining a pearl for every different race you send to the council when exploring, or more insidious, like forcing your opponents to turn a lord 90 degrees making it only worth the endgame points, nullifying their power. Other effects include discarding a stack from the council, or a pearl tax on your opponents. With these effects it’s easy to see how your cabinet of underwater advisors builds an engine of interruption for your opponent’s plans. So, it’s more Finding Nero than Finding Nemo, and all the better for it.

Sargosso, so good. The final element of your points-making engine comes in the form of the locations which you can bring under your control using keys gained from exploration (fighting monsters) or from lords themselves. This part of the game is all about your timing. While it’s usually good to pick up a lord with a key, when you have three keys you must take control of a location. You can do this by picking the one visible location from the pile, or pick a small handful and choose one. In the second case here all of the unselected locations become face up options for your opponents, meaning your speed gives them strategic options. To play the value of a key from your lord you must slide them into the location – covering their powers, making them inactive. The locations themselves are game winning in terms of points, so it can be worth it – if you time it right. But go in too early and you’ve just turned your supporting lords into distant freeloaders.

Which is what it’s all about – making sure you’re playing your hand, engine, and board to only just give enough away. 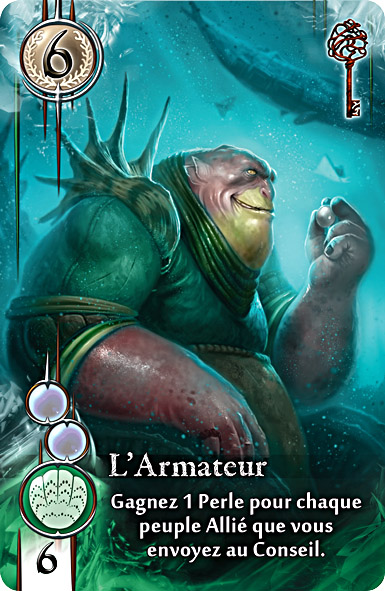 Why Should You Try It?

This lord and land management is all dealt with by extremely simple turns of only taking one of previously mentioned actions. You always take an action at a cost – which comes in the form of giving options to other players. When you explore you’re always offering others the chance to buy the ally before you do, when you draw location tiles, the ones you leave behind might be useful to your opponents. Equally, taking a lord depletes the supply of the court which on one hand stops your opponent from taking them, but does speed up the refresh, giving them new and unknown options. 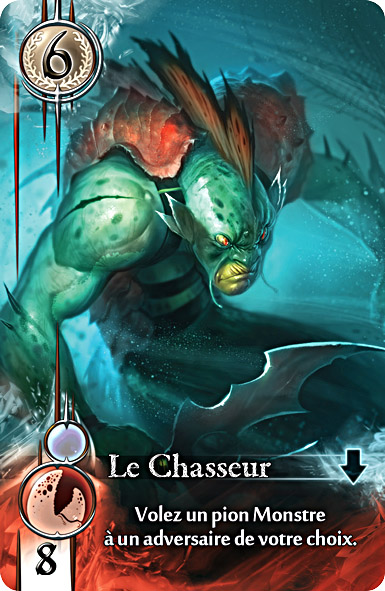 So, it’s about balancing out what you’re giving away versus what you’re gaining with any one of your actions. The game ends when someone has seven lords in their collection, so there is a temptation to try and rush out a victory, but often this doesn’t work as your actions are desperate and often leave options open for the other players. It gives you a sense of very relaxed deep-sea poker. But rather than playing the hand and the river, you’re playing the entire board state. As such it’s a great one for its lightness, and once people have the rules down it allows for a very low-pressure experience. All of the player interactions are set up by the game to causes little bubbles of risk and reward to float up from the ocean floor. These little bubbles are quickly popped and moved on from, allowing the players to manoeuvre back and forth, denying one another the things they want from the game. It bounces along as you all build your engines. All the players are able to have good back and forth over the game, especially with a few drinks.

And finally, it’s a beautifully put together game. Every aspect of what, ultimately, is a pleasant card game, is wonderfully produced. The previously mentioned pearls are one thing, but even the art on the cards and the locations makes for a feeling of quality, all tightly clustered around the deep theme of the game. Quite uniquely repulsive, the lords themselves offer a sense of being characters with a dark past that lead them to their current position. Whether that’s the strange nobility of Sargasso farmers, or the stretched smiles of the politician class. It’s not about the winning or losing in Abyss, it’s about these horrible friends you made along the way.

This review originally appeared in the January 2020 issue of Tabletop Gaming. Pick up the latest issue in print or digital here or subscribe to make sure you never miss another issue.