An Introduction to Bushido Toby Nathan travels to ancient Japan, as he guides you through GTC Studios' Bushido Game

Bushido is a game of savage battles, of cunning stratagems and last-ditch defences and where debts of honour are paid in blood. In Bushido, the fate of the world hangs not on armies but on individual heroes, men and women of extraordinary capacity, attuned to the all-permeating life force known as Ki. This force is the very fabric of the universe, and those with the appropriate training or natural talent can tap into this energy source and gain seemingly superhuman powers. In the world of Bushido, the delicate tapestry of Ki – and thus the universe itself –is threatened by the forces of imbalance, and it is up to you to protect it – or help rip it apart. In a game of Bushido, nothing less than the universe itself is at stake. Are you ready for the challenge of the Way of the Warrior?

WHAT’S IT ALL ABOUT? 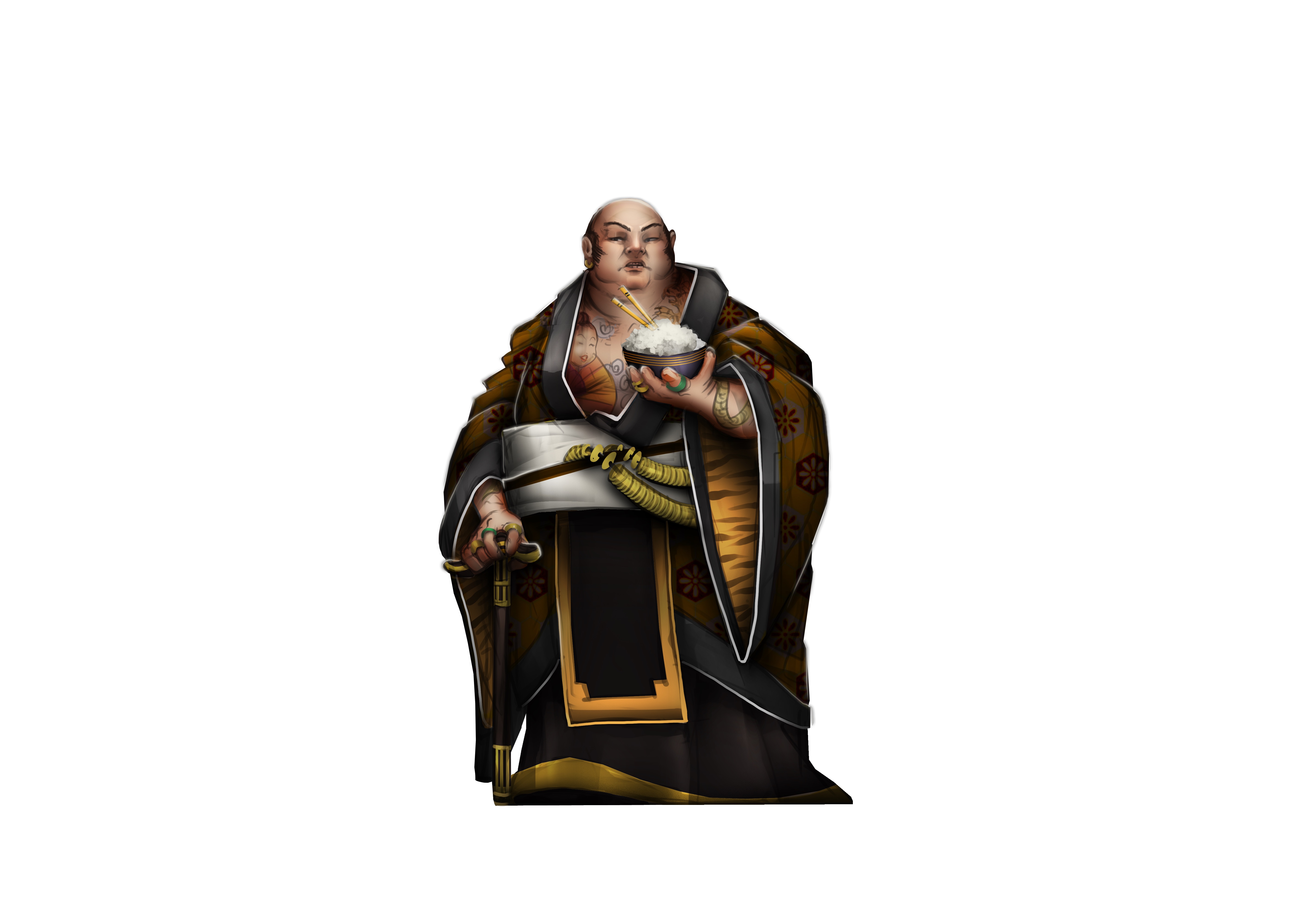 Bushido is a tabletop, fantasy, skirmish game where players take a handful of five to 10 models then battle it out across the Jwar Isles, the oriental inspired world in which the game is set. It is played out on a two foot by two foot square playing area, meaning all the action takes place in a relatively small space and the game is very accessible, fitting on most kitchen tables with room to spare. This reduced size also means that putting the effort into awesome terrain doesn’t have to be so daunting or time consuming allowing players to play across a multitude of different boards. What separates Bushido from a lot of its peers is the lack of a necessary leader. Whether you are commanding the men and women of the Prefecture of Ryu or the demons of the Savage Wave, everybody that takes to the field is a hero of their faction. The fall of your better models may be a blow but that does not stop the rest of your warband from fighting to the bitter end, whether it is a mighty samurai or a lowly ashigaru who secures your objectives the difference matters little in the end.

The unique world of Bushido reflects areas across the Orient with a distinctly Japanese feel. This is realised in the highly detailed and gorgeous sculpts for the models of Bushido, the display cases at shows are bursting with creativity and care. The myths and tales from these regions are broad and complex providing a deep well from which to draw inspiration and ideas, enabling GCT to create some unique models in terms of aesthetic and design. This has allowed Bushido to put out factions as diverse as the Tengu Descension, bird warriors that live in a symbiotic relationship with the hill tribes in the remotest parts of the Ro-Kan mountain range. To the eighth and most recent faction, the highly skilled ninja of the Kage Kaze Zoku, a secret organisation with goals and motivations known only to its grand master. Bushido’s success has seen the world grow in this way with the release of new factions seeing the game’s number of playable factions double. Consistency and reliability have always been driving forces which is why GCT Studios releases its models in waves every two months, meaning that players have new and exciting ways to mix up their Warbands on a regular basis.

With this growth the designers have ensured that, while players are able to make unique Warbands within a faction, each faction has its own theme and flavor running through it that marks it as different from the rest. The available special card packs for each faction take customisation to another level, packed full of interesting items, theme lists, alternative profiles and much more, they ensure no two Warbands are the same. 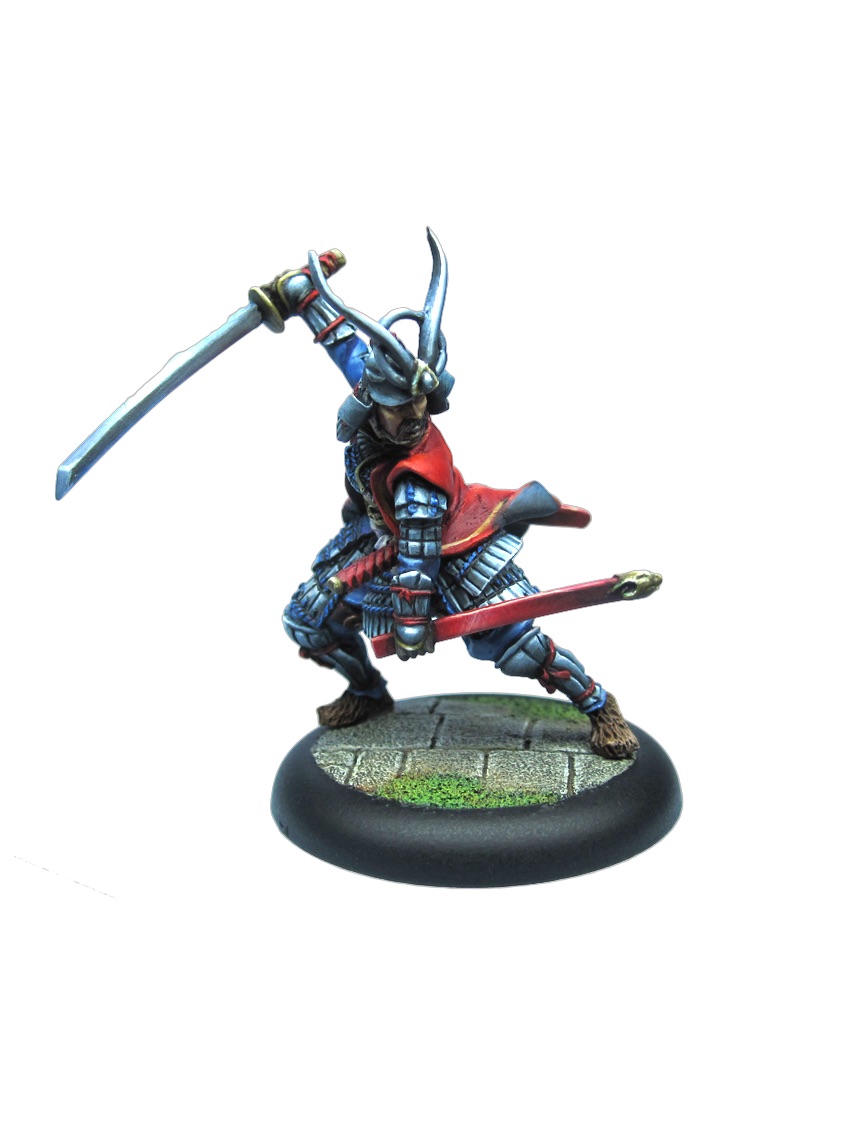 Bushido is at its heart a highly flexible strategic wargame, combat is important and its unique dual action system makes every clash of katana or flurry of blows a joy to participate in. But, remarkably, combat is not necessarily the key to victory in Bushido, the game is scenario driven and this means that players must ensure they integrate scoring scenario points into their battle plans. Players quickly realise that running their Warband gung ho into their opponents may be great fun but often leads to a loss overall.

Each model in the game is represented by a stat card that tells the player all the information to use the model in game. Contained on the card are the models traits; characteristics that describe its abilities such as armour, flight, super mental power to resist the will of others or force their will on an opponent. Most models also have a number of Ki feats, powers they are able to access by drawing on the resource Ki to perform incredible acts of martial prowess, or shapeshift for example. The way each model uses its Ki, a resource it acquires each turn is dependent on the type of model and faction but all the info is right there on the card.

The game features alternating activations, so your opponent activates a model, then you do and so on until every model is exhausted, therefore ending the turn. What makes this element of the game even more tactical is that models have three states – rested, tired and exhausted. Different states allow models to do different actions and exhausting a model brings its own penalties, so anticipating the flow of battle and ensuring you strike when your opponent is exhausted can be the difference between victory and defeat. Each game players take between five and seven turns dependent on the scenario. Players battle to score Victory Points to win the game and the scoring of these is usually spread out over the course of the game.

The unique combat system is dual action and even when you are the active player your opponent can retaliate in the melee. Each player calculates their model’s combat pool and divides the pool between attack and defence dice, if a defending model is still alive after an attack and they choose to allocate dice to attack then they get their turn to strike back. On top of this some models are able to attempt special attacks and defences, be it a judo throw, fly kick or a mighty blow to cleave the opponent in half and this opens up even more for the players to consider when choosing how to allocate their dice. Bushido has a great level of involvement for players throughout the game and enables an interesting balance of bluffing, gambling and a small amount of luck to evoke a cinematic flavour to the combat. The alternating activations, management of resources and timing means you’re genuinely always in the game.

HOW DOES A TURN WORK? 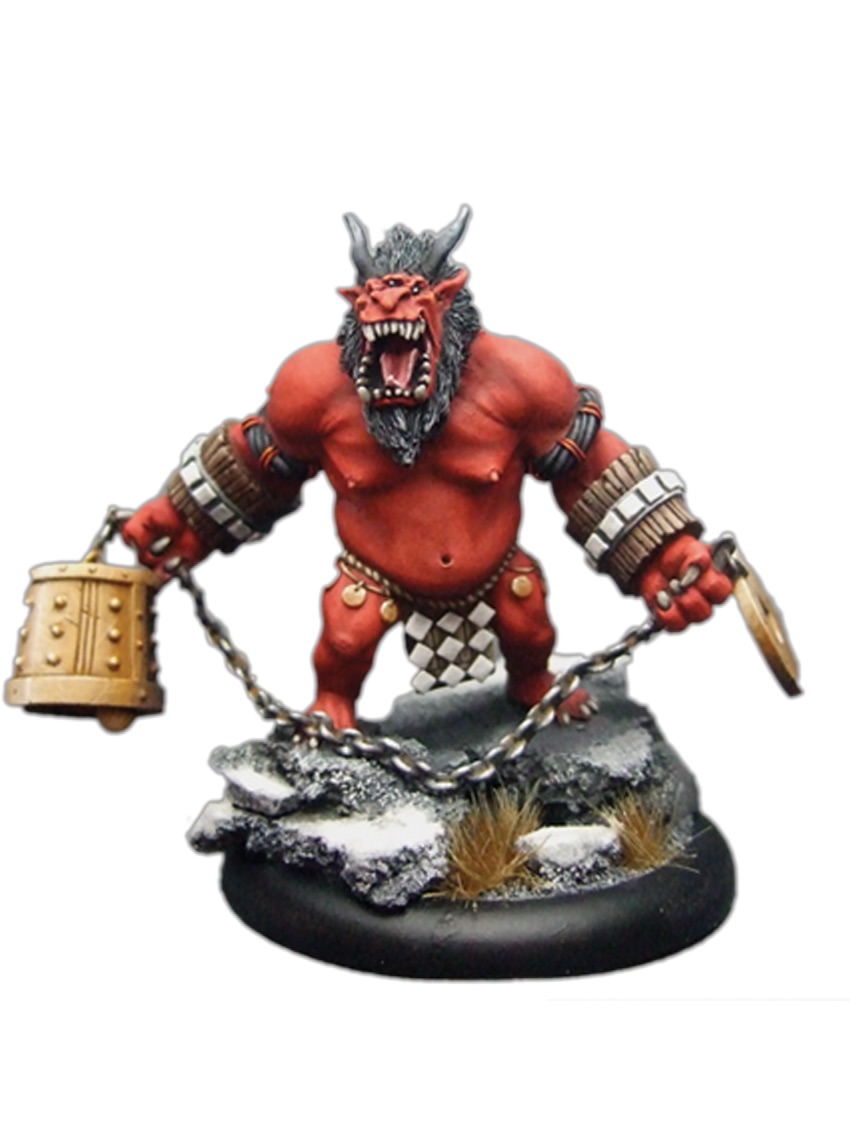 Before the game the players either decide or random roll to determine the scenario the players will need to accomplish to win the game. In each scenario there are three victory points. Each victory point can only be scored by one player and the scenarios are quite diverse; from escorting a messenger to secure a focal point on the battle or gaining favour by praying at a shrine. The game is played over five to seven turns determined by the scenario.

A game turn has three phases. Starting Phase, Main Phase and the End Phase. During the Starting Phase each turn, each players’ models gain their Ki tokens. These can be stored up or used throughout the turn to gain extra dice or activate Ki feats. Once the players have done this there is a Tactical roll, with the winner deciding which player starts the turn as the Active player. The Active player then selects a model to activate and its action for the activation. The model’s action is resolved and the next player then chooses one of their models to activate and perform an action. The only limitation for a model to be activated is down to its Condition, as Exhausted models cannot activate and must wait until the next turn to perform more actions.  During the Main phase models will advance in position and at some point attack each other, these attacks are either Melee, Ranged or Ki based and use the model’s statistic on its profile card. Some tests are Opposed, meaning that the players are both rolling dice for their models and the player rolling the highest will be successful in the test. For example a player might advance to attack another model but fearing that the other model is armoured choose to allocate their dice evenly to reduce the chance of being struck back. Other tests require a Target number to be equalled by one or more of the dice in order to succeed. As Bushido is a cinematic, martial arts based game the Melee mechanic enables models to react when attacked, which is depicted by a blind dice allocation mechanic. Players use resource management in the form of their model’s activation, and clever strategies to outwit their opponent and gain the tactical advantage in game.

Once all the models on the table are Exhausted this triggers the End phase. This is mainly the book keeping phase. The models statuses are returned to ‘Rested’, effects are resolved and players also check to see if a Victory point has been scored. At the end of the game the player with the most Victory points is the winner.

Bushido is one of the cheapest entry points in the industry for a skirmish game. A starter set typically consists of five high quality, pewter models retails at £27.95. These forces offer a balanced starter warband of 35 rice; rice being the points system of models’ value, reflecting the fact that Japanese soldiers were once upon a time paid in rice known as koku. The starters contain models that offer the players a great starting point that, with the addition of only a few models, they can grow their forces in any number of thematic tactical routes. The rules are available in hard copy in the form of a full colour book crammed with lore and background to the world, or free to download online alongside a tournament document containing 12 scenarios to play and instructions for tournament organisers to run events.

So for a game that has a well established rule set, beautiful miniatures, incredible value and is packed full of original and exciting mechanics look no further than Bushido.

Looking for more? You can also check out an industry interview with Wyrd and Bushido miniatures sculptor Andrew Cothill, by clicking here

This article originally appeared in the third issue of Tabletop Gaming. Pick up the latest issue of the UK's fastest-growing gaming magazine in print or digital here or subscribe to make sure you never miss another issue.