A Colossal Adventure in Solo RPGs – Colostle: The Roomlands Explores More of The Impossibly Huge Castle

Adventure journal to hand, we caught up with Nich Angell about his hit Solo RPG Colostle, and its brand new expansion on Kickstarter.

Imagine a castle so large, so colossal, that rooms were in fact the size of continents, where every adventure you begin could end up in a wholly different world as you progress. That’s the basis of Colostle, a solo journaling RPG adventure game that felt like it stole the show at a recent convention. Now, Colostle returns to Kickstarter in an expansion, with Colostle: Roomlands, offering another chance to dive between its pages into world unknown. We caught up with Nich Angell, illustrator and game designer, responsible for its creation. 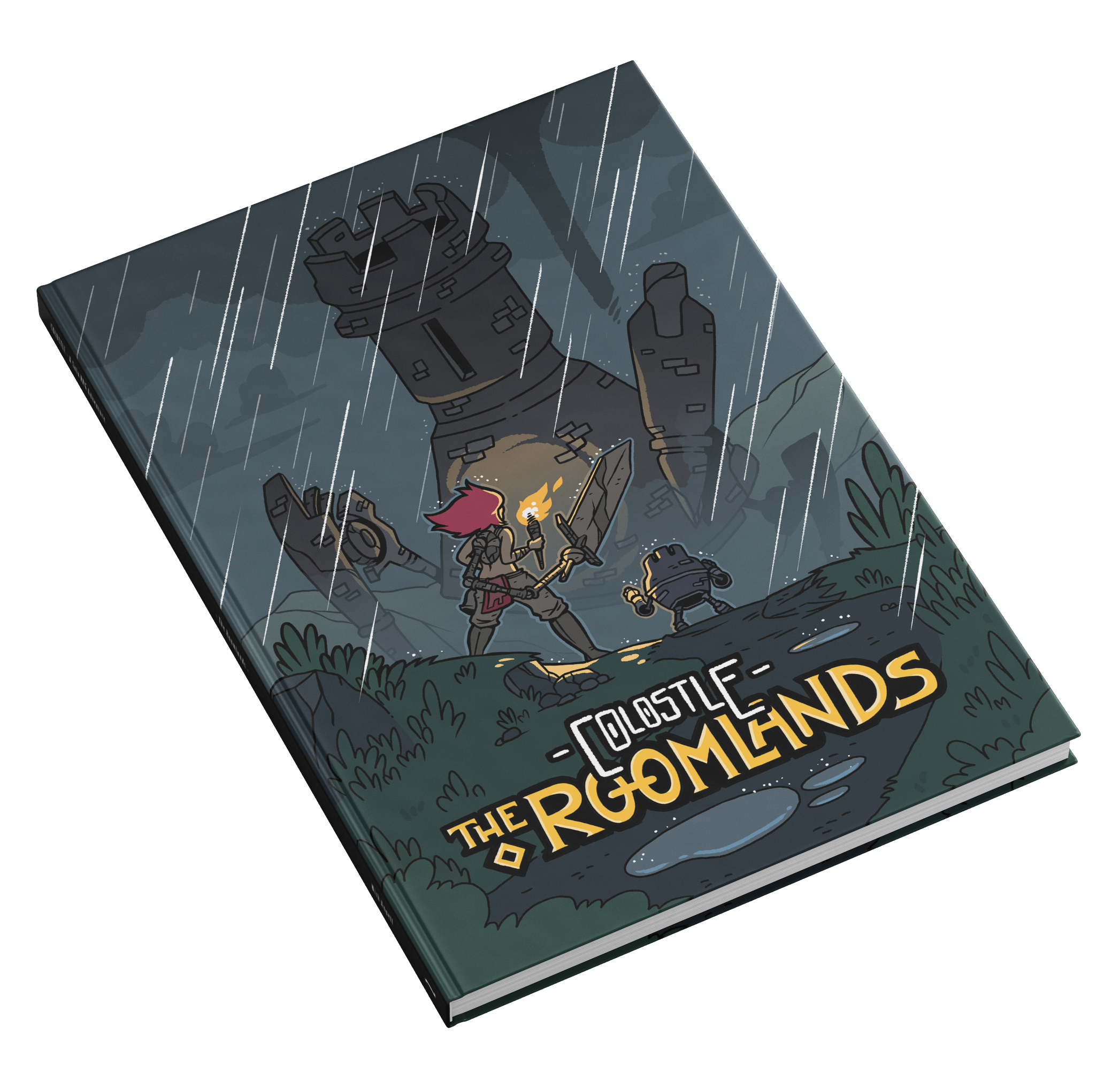 “Anyone can play it”, Angell tells us. At its simplest, the game asks you to draw cards as you progress through the world, which when compared to tables within the book, gives you what happens next. You’re building your own saga in your adventure journal, venturing through unknown vast rooms, with walking Rooks patrolling it. With many questions of how it came about, or past adventurers, you can only delve forward with your own. “I’ve heard of children as young as eight loving it, and right up to the elderly!”

It's hardly surprising, given the vivid and stunning artwork that accompanies it. Beautiful spaces that you wouldn’t consider could be contained in a single room, great opportunities presented within it. Half of the draw is it’s shelf appeal, but equally the feeling that by your own narrative, you might contribute to such an experience – a shared one, despite it being a solo game.

“It came about during lockdown,” Angell says of it, as is the story of many games now. “I couldn't play as much with my D&D group, so I discovered solo RPGs. After playing a few I created my own using a setting I was planning to use as an illustrated story”. From there, it headed to Kickstarter, as part of make100, requesting £250 to make it happen. Instead, it funded in four hours, and ended just barely short of £45,000.

“I’m so humbled and amazed that people like it as much as they do,” he tells us, when we ask why people like it so much – ourselves included. “I still can't believe it every day! I think its the true unbridled freedom that it provides. For some that’s too much, they need more guidance and direction. But for those who love Colostle (people like me I guess) they love the freedom to tell their own story whilst embracing how the prompts in the game skew and redirect it making it feel like a living breathing world... hopefully!” 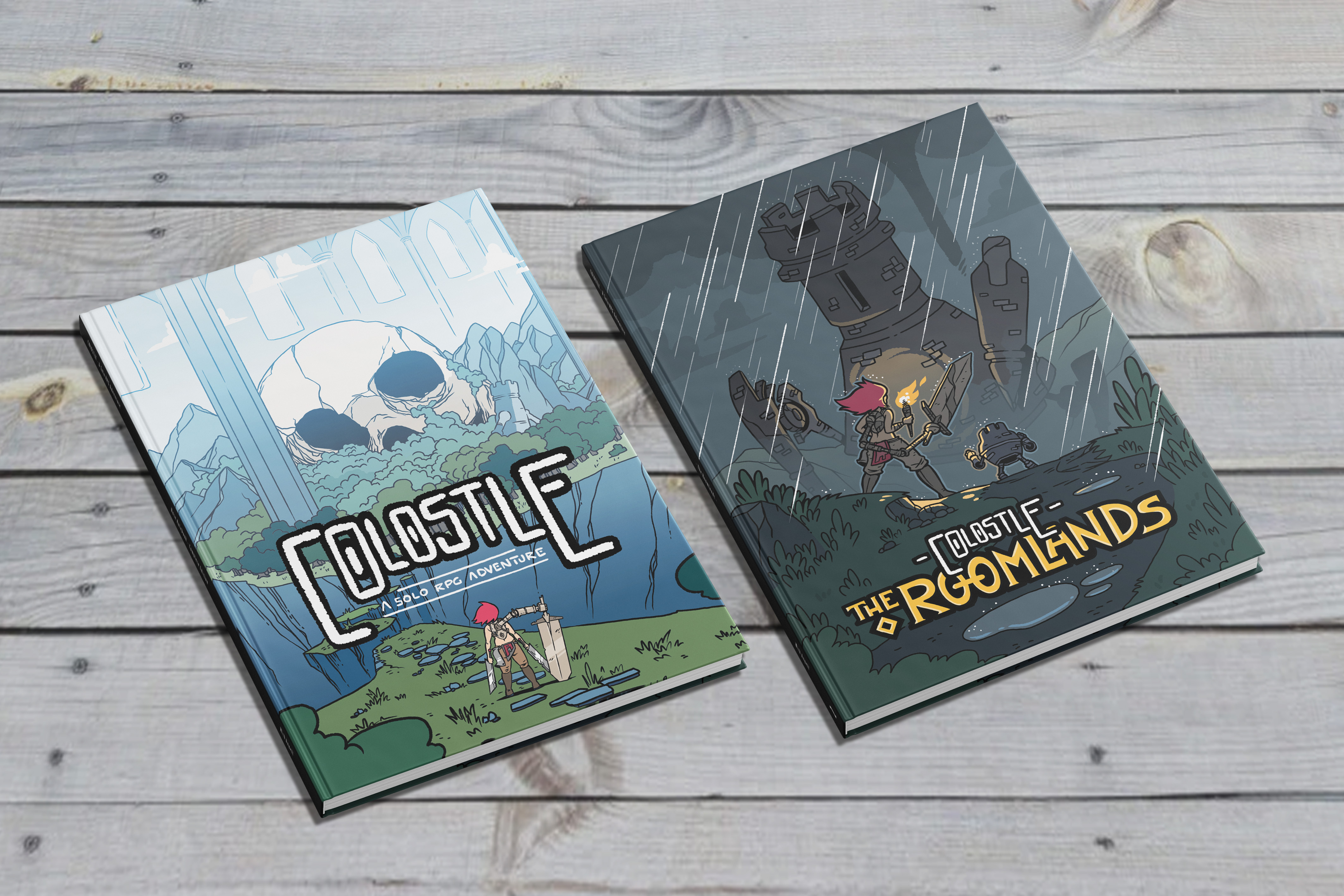 In such a world, there’s no limit to the creativity, and there enters Colostle: Roomlands, which has just launched on Kickstarter, and funding in moments. It’s an expansion to the original, offering more details and options, with new classes, rooms, ways to live, and an all new single player guided story adventure.

“The guided adventure is called 'The Search for the Seastone' and functions in the same way as the main game but guided, page by page with unique prompt tables, new enemy types, story sections and NPCs to meet. I knew I wanted to try out a 'module' style system for Colostle, as a way to add more content but offer a more curated/guided/designed experience rather than the randomly generated one that the main game provides. Development was tough, because although I wanted to tell a story and tell players more about the world, I didn't want to get in the way of their creativity and the stories they are telling. I was constantly walking a line between prescribed and broad!” 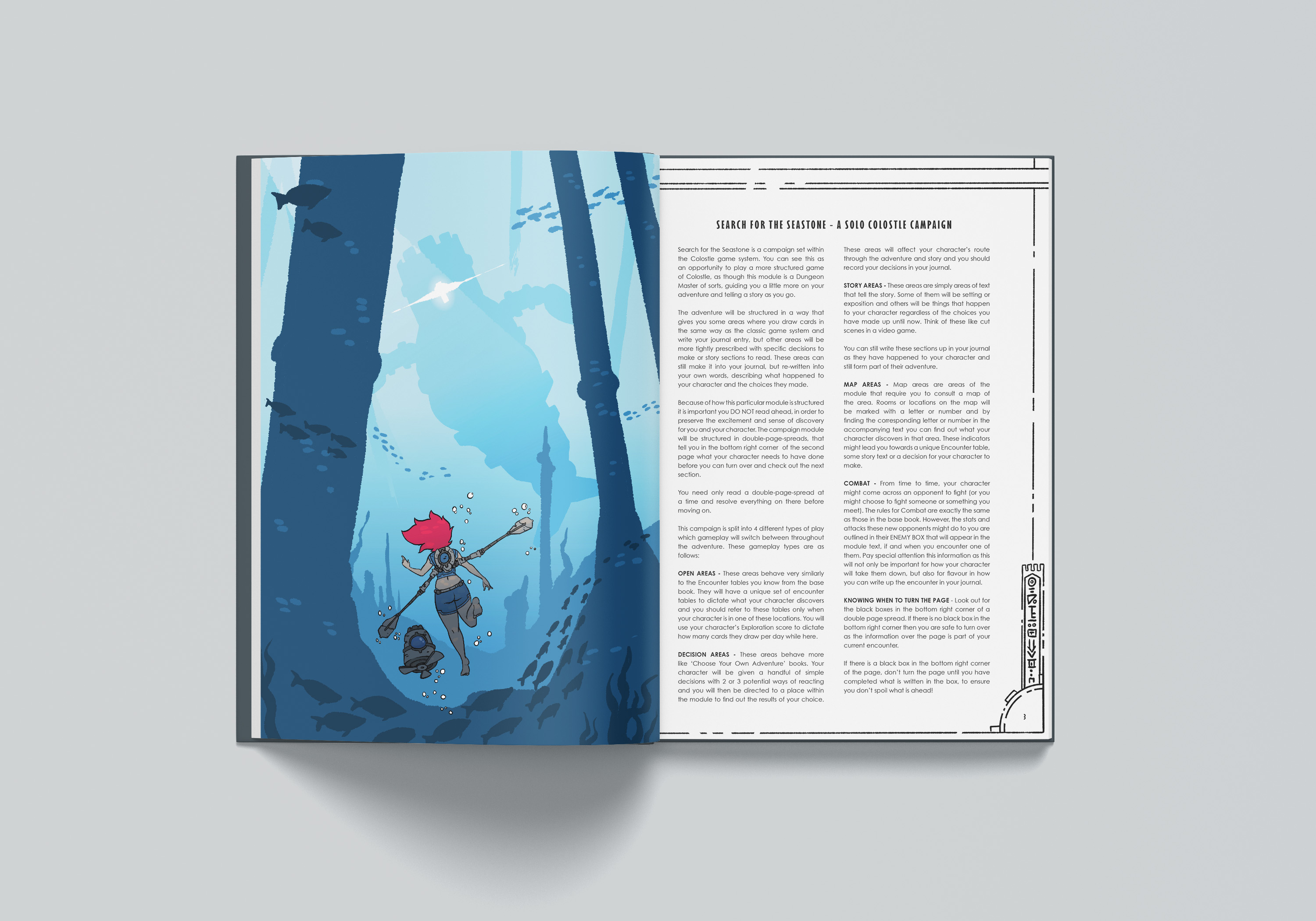 Not only that, but Angell also confirms “secret bits in the book that I haven't really shouted about anywhere that I'm excited for people to discover”.  From the Kickstarter, we know of The Royal City of Parapette, a massive metropolis built inside the body of a long dead Colossal Rook – the large ambling beings that exist in every room, whom might cause you trouble, or from whom you might be able to loot parts. There’s also the Tundroom, aptly named frozen wastes, and more to discover.

As a popular solo RPG, we asked if there was scope for the creation of a multiplayer version. “I have thought a little about it and I would love to do it one day, especially if I could keep the card drawing mechanic”, he tells us. “With TTRPGs there's a lot of group testing to work out which takes time.”. However, whilst you may be waiting for that, the game stretches so far to include two player cooperative rules (available on the Colostle website at £3). 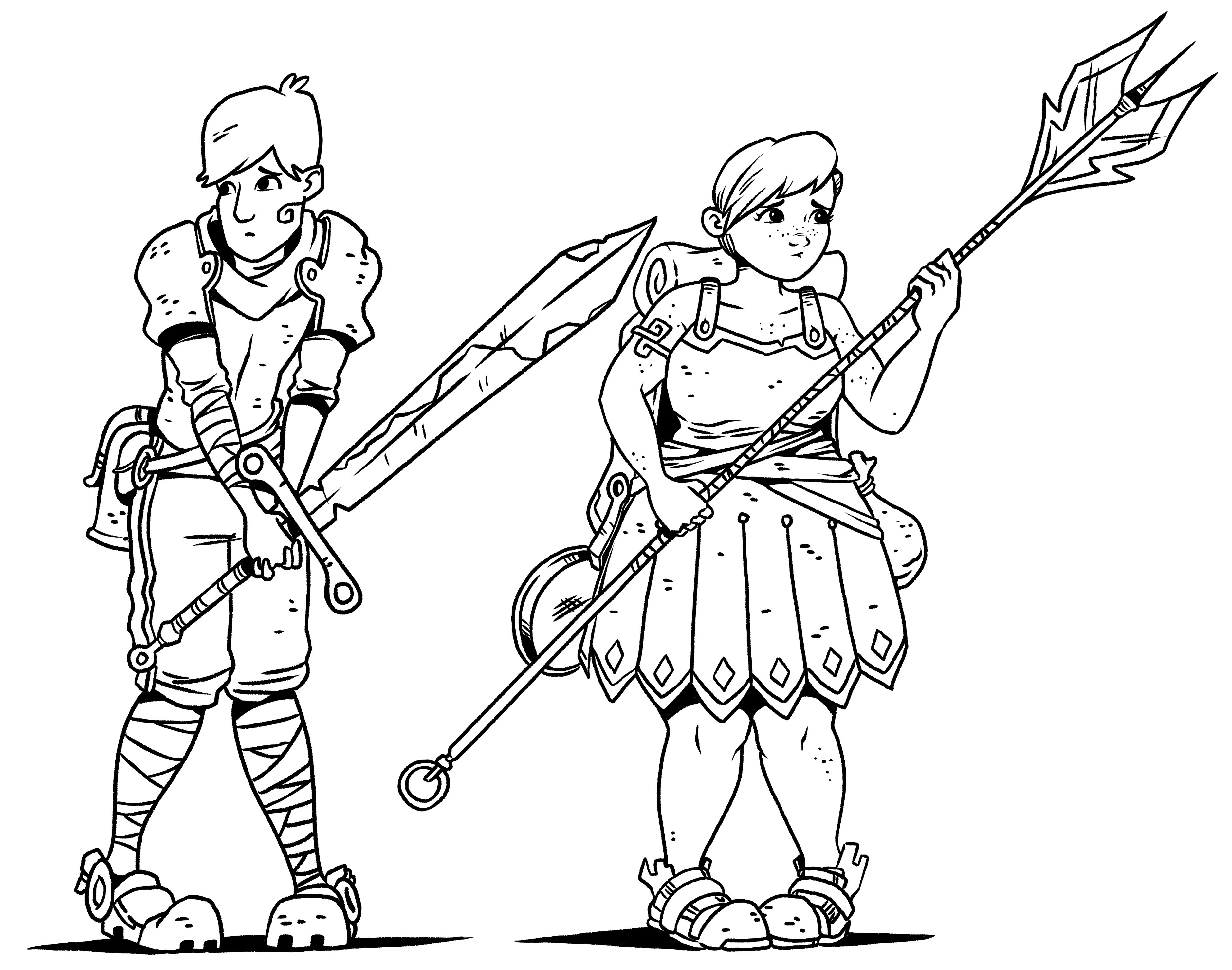 Despite the predominantly solo experience, part of the fun, not least for the designer, is in the aforementioned shared experiences. “There's a thriving discord community for the game and it’s so awesome to see the incredible journals and artwork that players create when they play.” Angell says of them. Far from being an RPG that offers you the information, and then backs away, between the Discord and monthly Patreon drops, there’s a committed community who have ventured forth into the Colostle. “Little secret bits will add some awesome flavour, and I can't wait to see how players interpret them in their journals.”

Though he’s not had much time to play the game himself recently, in creating new content, he’s kept busy, writing his own novel set in the world of the game, as another way to discover the lore and mystery. Chapters of this are illustrated, and released monthly within the Patreon, alongside modules that will form future books. These are already taking shape, promising a whole new area of Colostle where “everything changes, cultures, biomes, even what the Rooks look like, I am so excited to share my plans for that”. And if that wasn’t enough, there are also plans for bespoke accompanying card decks to replace the standard deck of cards – we were fortunate to spot these at an event, and they do show off the artwork of the game rather nicely – and of course, new gameplay and artwork.

Colostle: The Roomlands is available over on Kickstarter, where a PDF version costs £5. It’ll run until Thursday, March 17th, and you can find more details on Colostle, the aforementioned Patreons and Discords, and shop over at the Colostle website.