War of the Words

Science fiction: a genre that manages to span the gulf between pulp entertainment and profound social critique. It also makes good fuel for wargaming scenarios!

Having written a quick list of books that all Warhammer 40,000 fans should read, it’d be a crime not to do something for those readers who like their science fiction sans grimdark.

For this list we’ve selected several novels and short stories that, as well as being brilliant works of fiction in their own right, would also make a good setting for those homebrew players who like to design their own scenarios.

4. Day of the Triffids or The Kraken Awakes by John Wyndham 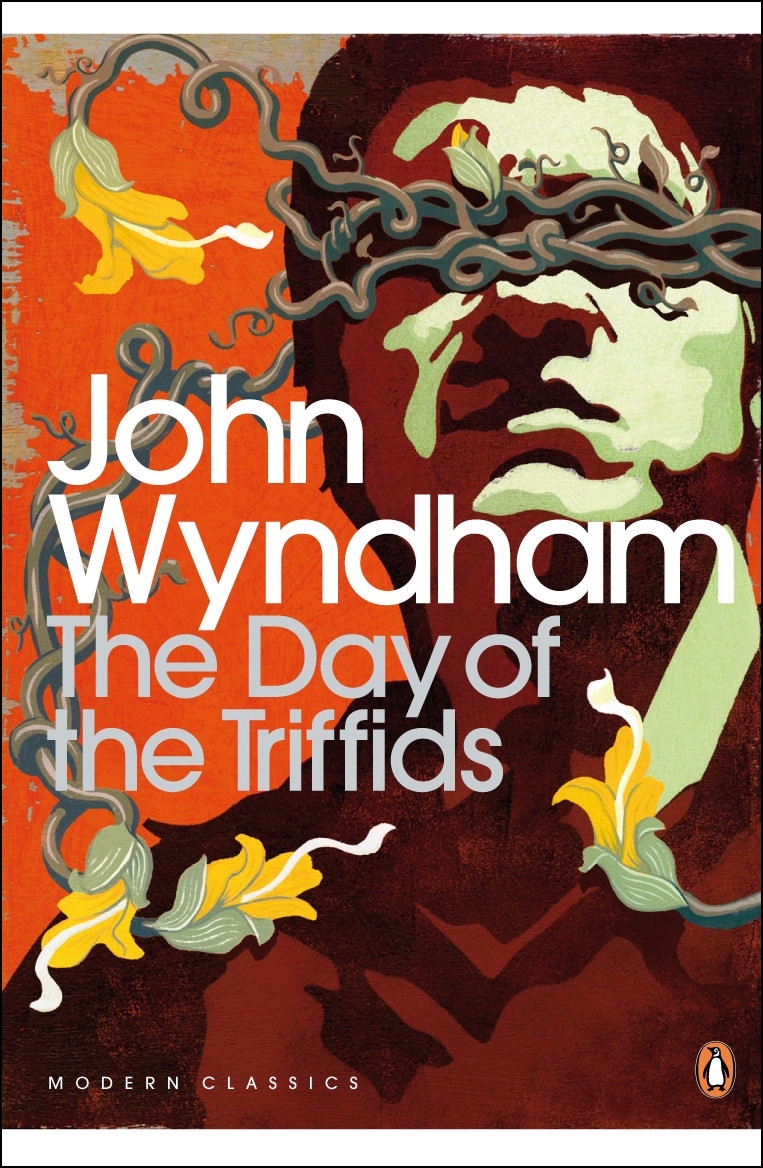 The first entry is admittedly something of a cheat, but since both entries are by the same author, we figure that it’s not so bad. They’re also both ‘end of the world’ novels, with the apocalypse coming from very different sources in both works.

In Day of the Triffids, a meteor shower blinds the vast majority of humanity, bringing humanity to its knees literally overnight. What’s interesting is that the titular Triffids – artificially-engineered plants grown for their oil – aren’t the primary reason for the downfall of humanity, or even really the main antagonists, at least in the traditional sense. They’re rather the harbingers of the decay of civilisation; the inheritors of the Earth whilst mankind falls from grace. On a less literary note, though, they’re also mobile and carnivorous, and there’d be a good game in seeing survivors trying to fend off the murderous plants!

The Kraken Awakes, meanwhile, is a more straightforward alien invasion story, at least on the surface. This time round, the aliens attack not from the sky, but rather from the depths of the sea, the only place they can survive due to the intense pressures found there. Arguably the stronger of the two novels (though not as well known), the story isn’t so much about the alien invasion itself as it is humanity’s reaction to it. With the skill of truly talented writer and social observer, Wyndham’s book shows humanity shunning unity in favour of shortsighted self-interest, with governments and individuals prevaricating and bickering in the face of the problem. Without spoiling too much, the novel is also scarily prescient in this age of global warming.

Of course, whilst social commentary is all well and good for a novel, it’s rather hard to translate that onto the tabletop. Fortunately for gamers, the aliens also present a tangible threat in the form of sea tanks, semi-organic machines that look like giant, silver half-eggs and launch tentacled bubbles to ensnare humans. Given the simplicity of their design, hobbyists could easily scratch-build a few of the tanks and either incorporate them into existing wargames or design something around them. 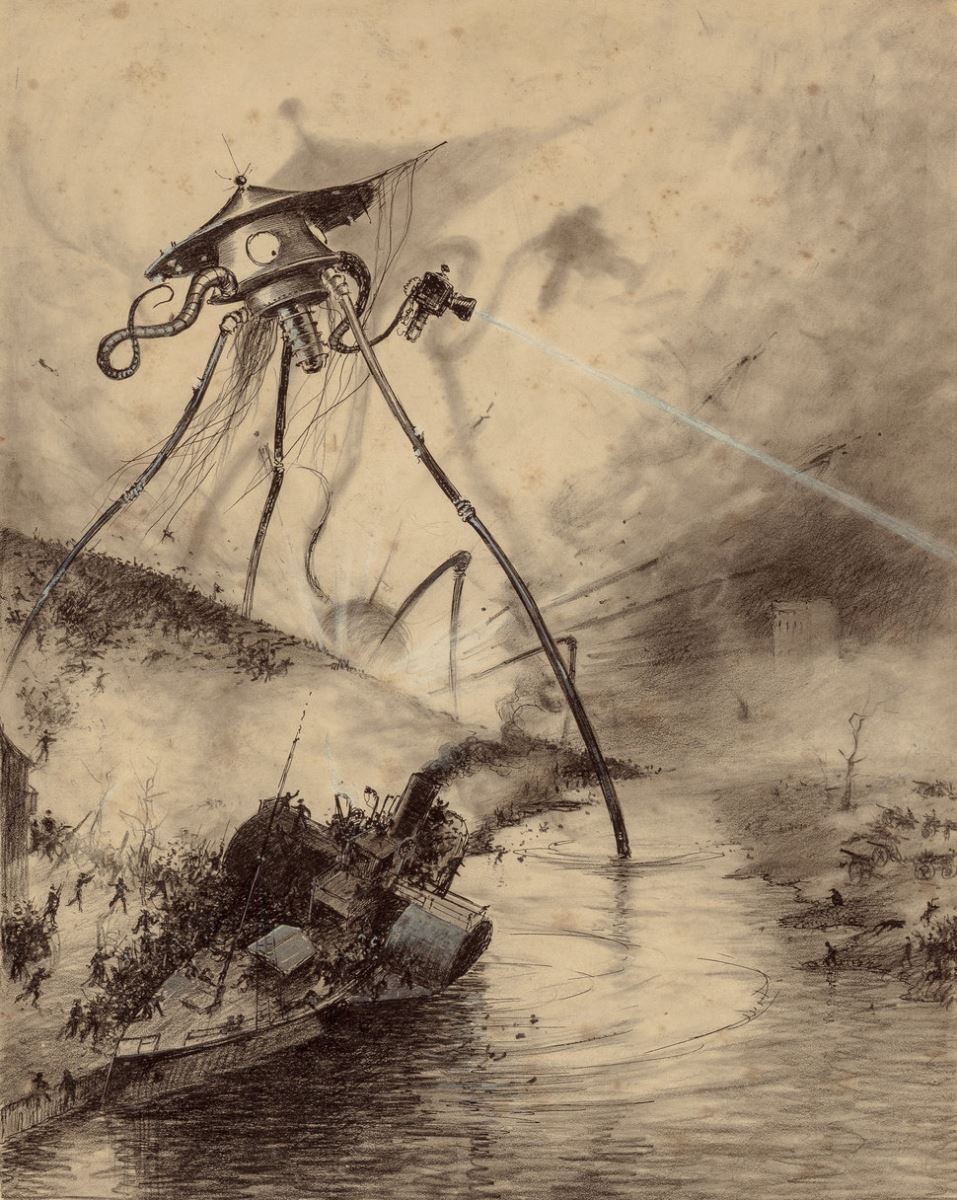 It’s hardly a forgotten classic – hey, it’s even the basis for the sub-header pun – but it’s so good that there’s no point in not putting it in this list. The original alien invasion novel, Ironclad Games has in fact already made a game inspired by the story, complete with its own line of miniatures. Such is the scope of the story’s cultural impact that there’s little that needs to be said of it, but it’s remarkable that even a century later it still manages to chill readers with its matter-of-fact prose and its horrible sense of inevitability as the Martians coldly exterminate mankind.

2. Who Goes There? by John W. Campbell Jr 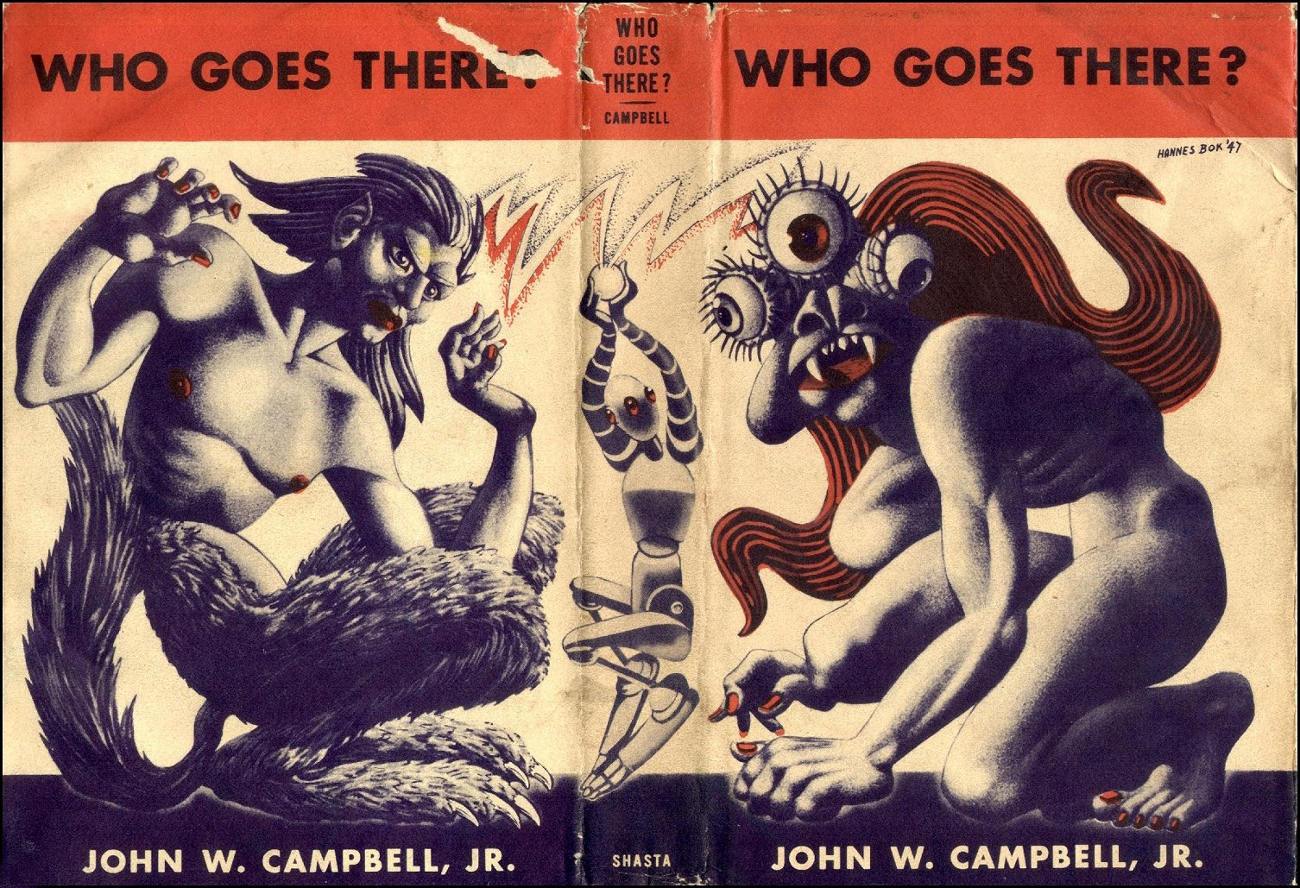 As well as being the basis for John Carpenter’s legendary film The Thing, we figure this entry would also make for an excellent wargaming scenario for some intrepid designer to tackle. Set in the freezing wastes of Antarctica, a group of scientific researchers find themselves plunged into a nightmare of paranoia and apprehension after discovering a long-frozen alien corpse that turns out to be not-quite dead. The alien can replicate any organic being it devours, and it soon becomes clear that some of the team are no longer as human as they appear. Whilst it would be straightforward enough to have an asymmetric ‘one versus many’ situation pitting the alien against the humans, a designer could have a field day making rules to represent the alien doppelgängers and the effects of the freezing cold. 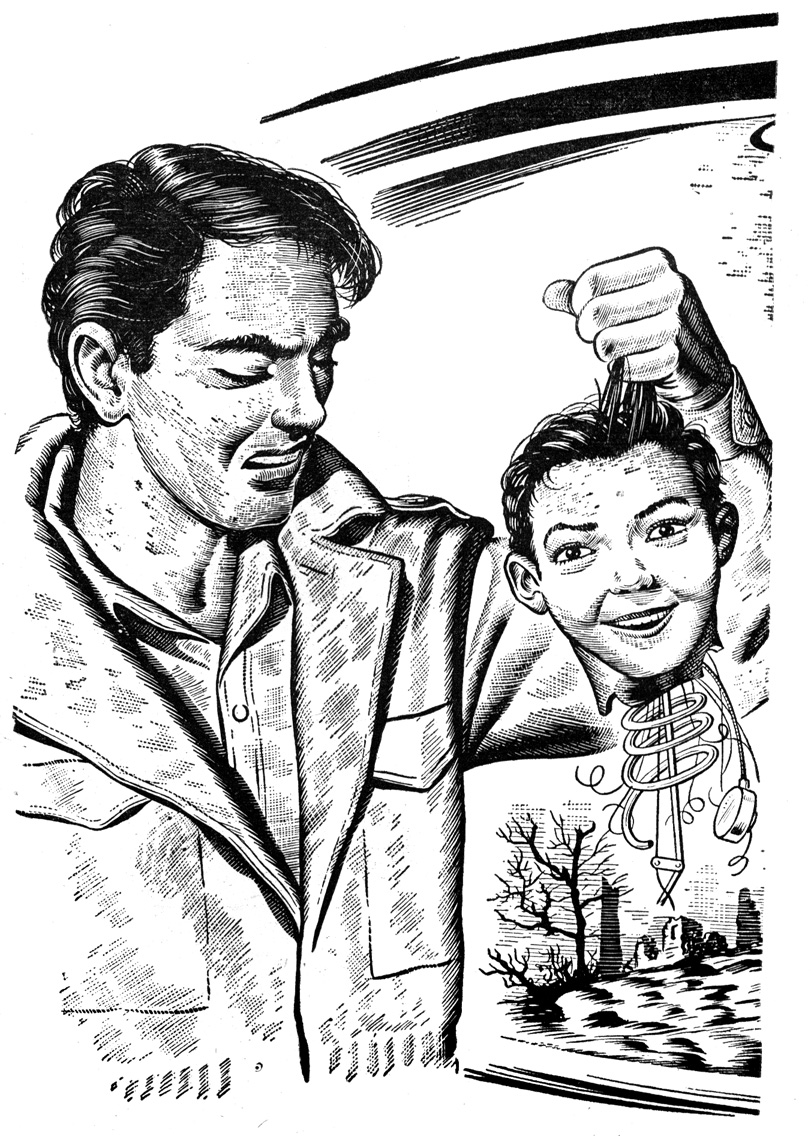 Another novella that became the basis for a film adaptation, readers will probably be familiar with Second Variety in its big screen guise, Screamers. The original short story, written during the Cold War, was set in the blasted ruins of Earth, after America and the UN finally pressed the Big Red Button and launched an atomic war against one another.

Despite the near-total destruction, the war still grinds on as small outposts of soldiers continue to hold out against the other side. In response to the advance of Soviet ground forces, the UN developed ‘claws’, bladed, spherical robots whose description isn’t too dissimilar to the dreaded spheres from Phantasm or the Toclafane from Doctor Who. The claws were let loose on the Soviet forces and soon became totally autonomous, self-replicating in underground factories that no-one has ever seen. And it all gets worse from there…

In some ways, Second Variety is almost an amalgamation of our previous entries, combining both the paranoia of Who Goes There with the sense of apocalyptic doom that pervades both Wells’ and Wyndham’s stories. It’d also make for a fine wargame scenario: some intrepid miniatures maker should really get around to making claw proxies for the tabletop.