Ah, Warhammer. You know it, you love it, and you’ve remortgaged your house to pay for its ludicrously expensive armies.

Then there’s the lore, so deep and expansive one would be forgiven for thinking you’d need to don spelunking equipment to plumb its full depths.

It would be impossible to fully list all the possible influences behind this gargantuan setting, so instead we’ve selected just three for fans of the setting to sink their teeth into. 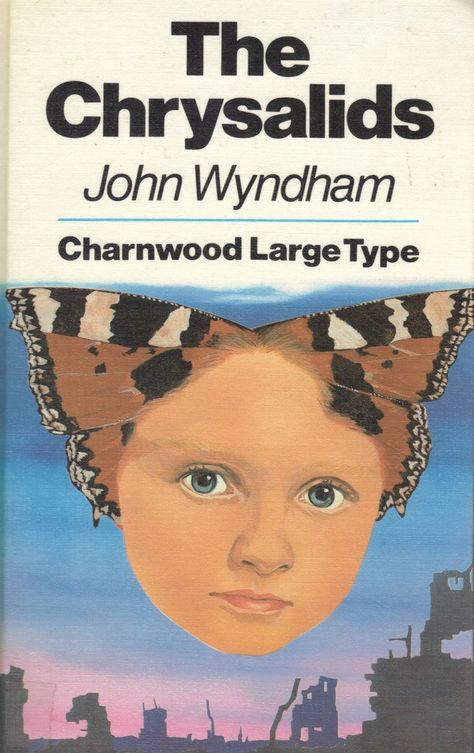 Best known for the titular botanical monstrosities in his classic novel Day of the Triffids, John Wyndham was an accomplished science fiction writer who produced a number of highly original and often sinister works of speculative fiction over the course of his career. One such piece was The Chrysalids, a story set hundreds of years after an apocalyptic cataclysm, remembered only as ‘Tribulation’, has destroyed the world as we know it.

Taking place in a radically altered America, the book follows the trials of David Strorm, a young boy living in a rigidly puritanical society who suddenly develops telepathic powers. The prime tenet of this religion? ‘Watch Thou for the Mutant!’ A classic piece of Cold-War literature, it’s clear that Warhammer 40,000 owes much to novels like The Chrysalids, drawing as it does on fears of the Nuclear Age and the harmful effects of radiation. 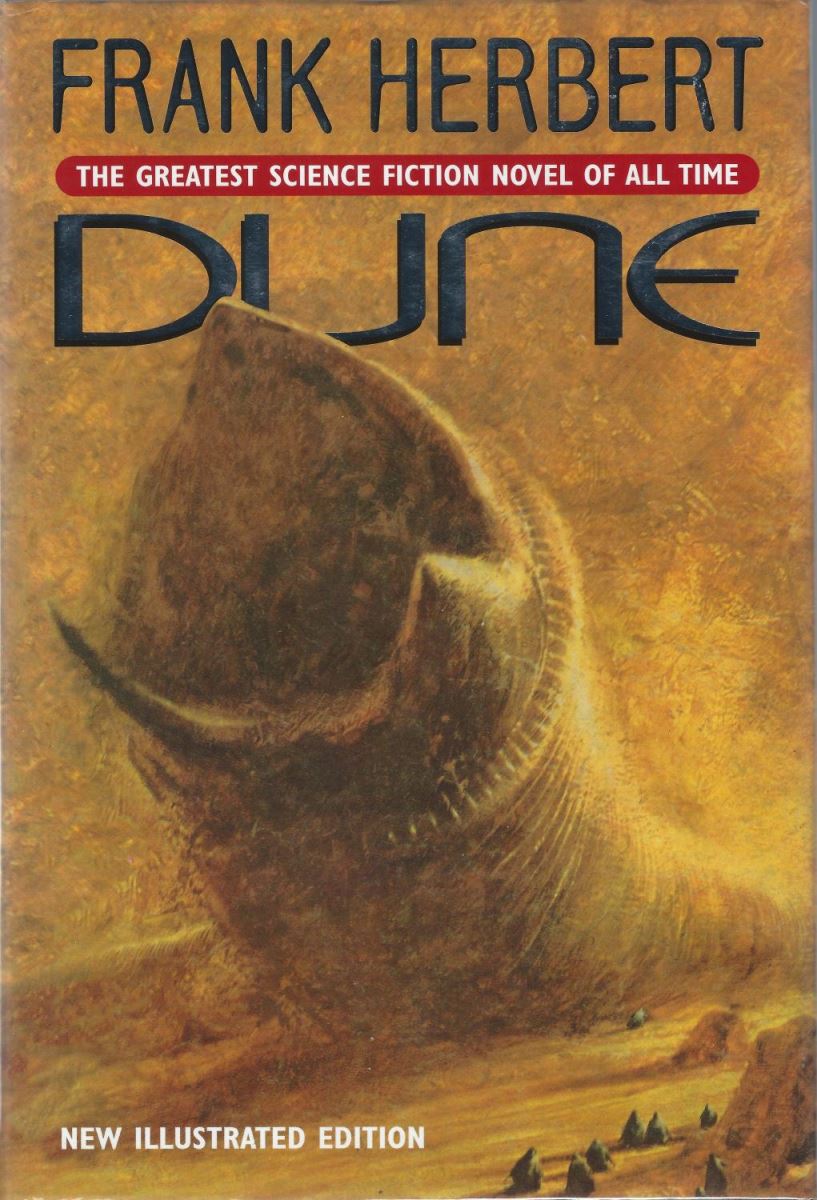 No literary conversation about Warhammer 40,000 would be complete without mentioning Dune. Though – at least to this writer – perhaps somewhat dated by today’s standards, Dune was nonetheless groundbreaking insofar as it presented a society that was simultaneously technologically advanced yet clearly medieval in social structure. Inhabitants of the Imperium of Man wouldn’t feel out of place here, certainly, and to say that Warhammer 40,000’s Navigators were “liberally inspired” by those from Dune would be a generous understatement.

Mention should also be given to the 1984 film adaptation by David Lynch. Though generally agreed by all to be a pretty terrible movie, the art direction is nonetheless pretty spectacular, and fans of Warhammer 40,000 in particular will be able to dig the grotesque half-monk, half-cyborg look of individuals from House Harkonnen and the Guild. 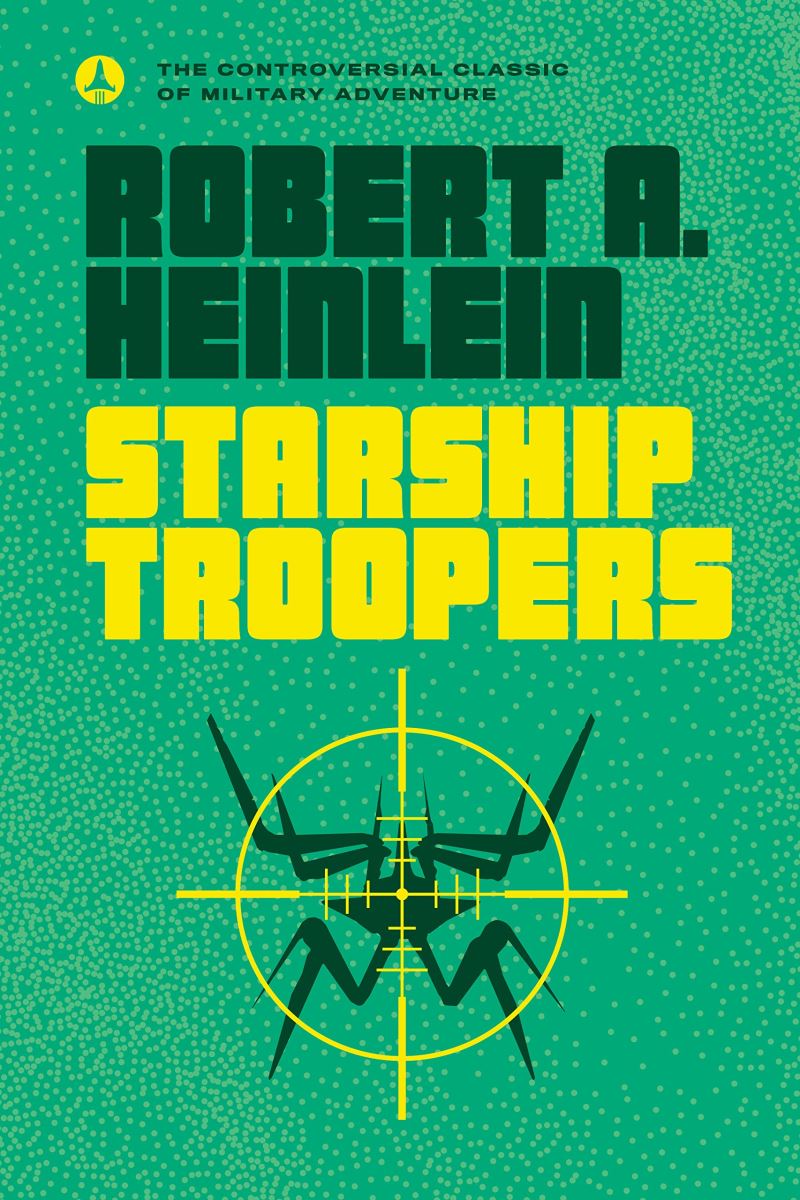 Those who follow Games Workshop as a company will remember the lamentable saga a few years ago when it decided to start throwing its legal weight around like a toddler having a tantrum. The absolute nadir of this affair was arguably the laughable claim Games Workshop made regarding its exclusive copyright of the term ‘Space Marine’. As any aficionado of sci-fi will tell you, both the idea and the name have long been a common trope of the genre. One of the greatest novels to use the concept is without a doubt Robert Heinlein’s most famous work, Starship Troopers.

Set in a war between humanity and the alien ‘Arachnids’ or ‘Bugs’ (Tyranids, anyone?), the story follows Juan “Johnny” Rico, a member of the military’s Mobile Infantry division. Though never actually referred to as ‘space marines’, it’s clear that that’s exactly what members of the MI are; the novel is credited as being the first well-known book to use ‘power armour’ in science fiction literature.

Starship Troopers is also worth reading in its own right, however, presenting a realistic understanding of the nature of modern warfare in terms of military strategy and diplomatic purposes. It is also an unavoidably political novel, however, and many people have gone so far as to accuse it of promoting militarism, if not outright fascism. Whether they are right to do so is debatable, but readers should be aware of this aspect going in. If you are prepared to give the novel a go, though, you’ll find an entertaining read that successfully manages to give a grounded feel to a high-level sci-fi concept like inter-planetary conflict.